Top 10 Most Beautiful Villages on the Camino de Santiago

The Camino de Santiago is an ancient route that every year is traveled by more and more pilgrims from all over the world. There are several options to do it either on foot, by bicycle, on horseback or even by car. Same path but different experiences. But you should know that the Camino de Santiago is not a single route, there is no single itinerary. In the peninsula alone there are currently more than 50 recognized trails. Along these routes we will come across villages with a lot of charm, so many that it is difficult to choose the most beautiful because each one keeps that special halo.

Although there is a clear goal, to reach Santiago de Compostela, what is really important is not the goal but the road itself. During the journey the pilgrims will pass through magical places, villages that might not otherwise be visited because they are isolated from the most touristic points of the country. In the following article we wanted to compile information and expose the Top 10 of the most charming villages of the Camino de Santiago, based on both our own experience and the opinion of our customers. From the French Way passing through the Primitive Way or the Portuguese Way we will find villages that have earned a well-deserved place in this list, and if you decide to do the Camino de Santiago or simply visit them, you will discover why.

Located in the province of Lugo, it is undoubtedly one of the biggest attractions of the French Way. There are several reasons why this small parish is so emblematic. First of all we have to emphasize its characteristic architecture with the pallozas as the main attraction but also highlighting the Church of Santa Maria of the ninth century, which houses inside a Romanesque chalice of the twelfth century. On the other hand it is the entry point to Galicia for the pilgrims who are walking the French Way and not less important is its location, surrounded by the National Reserve of the Ancares and the mountain range of Caurel. 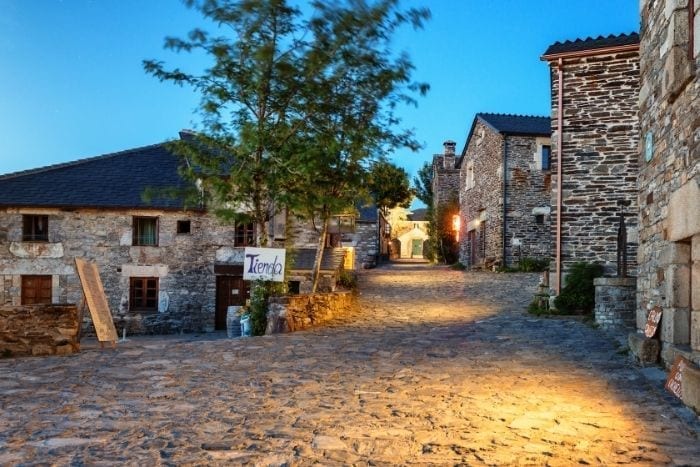 Undoubtedly, one of the most important points of the Camino de Santiago in La Rioja. This beautiful municipality is located on the banks of the River Oja in the middle of the French Way. Its founder was Domingo García, who ordered the construction of the bridge to cross the river, a hospital and a pilgrims’ hostel for those seeking rest in this town. As a curiosity, this is where the legend of the miracle of the rooster and the hen. The legend of the rooster and the hen, a curious legend that gave rise to the famous popular saying: “Santo Domingo de la Calzada where the hen crowed after roasting”. Undoubtedly a town of great heritage and culture essential for those who travel the French way. 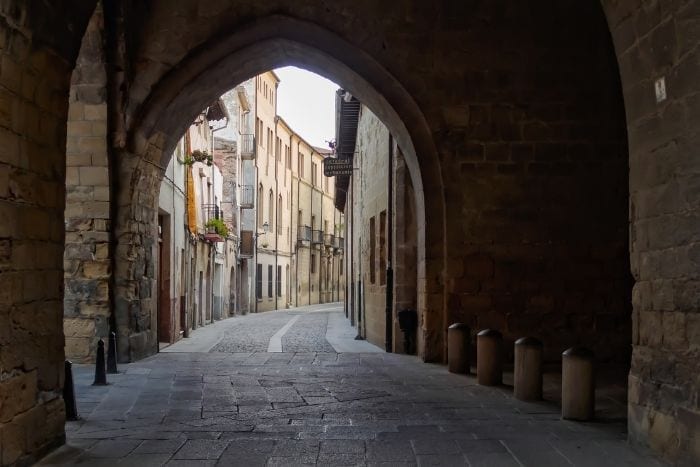 This village is located in the Aragonese variant, a less known stretch among pilgrims but no less beautiful. Jaca is located 72 kilometers from Huesca, specifically in the valley of Aragón and surrounded by an idyllic landscape formed by the National Park of Ordesa and Monte Perdido. It is a medieval village with a great historical and architectural heritage, it also has one of the most valuable monuments in the region: the Citadel of Jaca, a beautiful fortification that served as protection to the invasions in the time of Philip II and declared National Monument. 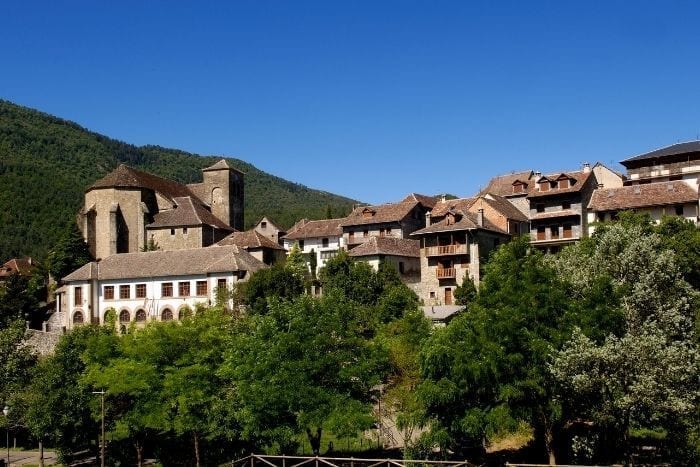 Along with the aforementioned town of Santo Domingo de la Calzada, Nájera is the other great Jacobean enclave in La Rioja. This small village is bordered by hills inhabited since prehistoric times and by the river Najerilla. Among its history we can emphasize the battles between Moors and Christians from the X century and as heritage we cannot stop visiting the monastery of Santa Maria La Real or the Castle of the Mota. 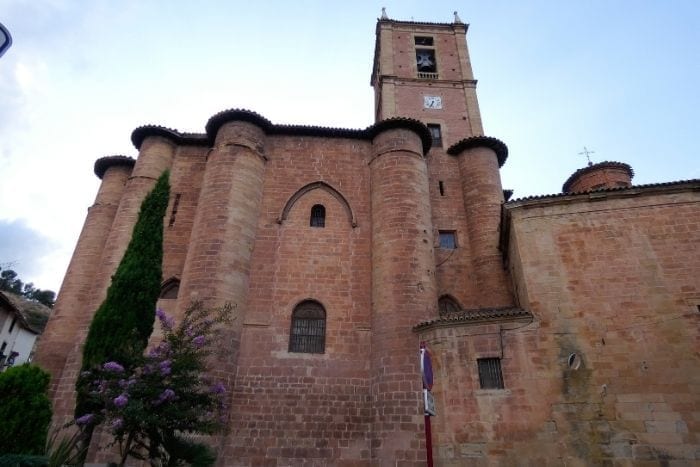 Born as a Roman military camp at the end of the 1st century B.C. this municipality is located in the central area of León. Since the eleventh century the Camino de Santiago along the French route and the church have been key to the development of the city. It has a beautiful cathedral that combines Gothic, Renaissance and Baroque elements as well as a spectacular Episcopal Palace designed by Antoni Gaudí which was rebuilt in 1889 after a fire. As an additional attraction it is worth mentioning the chocolate museum, a good excuse to make a stop on the way and delight ourselves with this sweet delicacy. 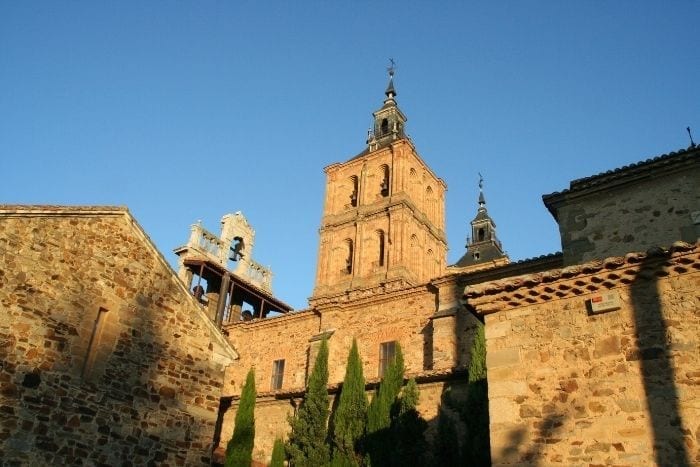 One of the jewels that we will find in the French Way and undoubtedly one of the favorite places of all the pilgrims who begin their adventure from Sarria. This village is located next to the river Miño and its emblematic Roman bridge is the end of the first stage for many with all the excitement and happiness that this entails. We recommend visiting the Church of San Juan and San Nicolas, stopping to learn about its particular history as it was moved stone by stone from its former location due to the flooding of the river. It is also recommended to visit the curious stone staircase that leads to the Capilla de las Nieves (Chapel of the Snows). 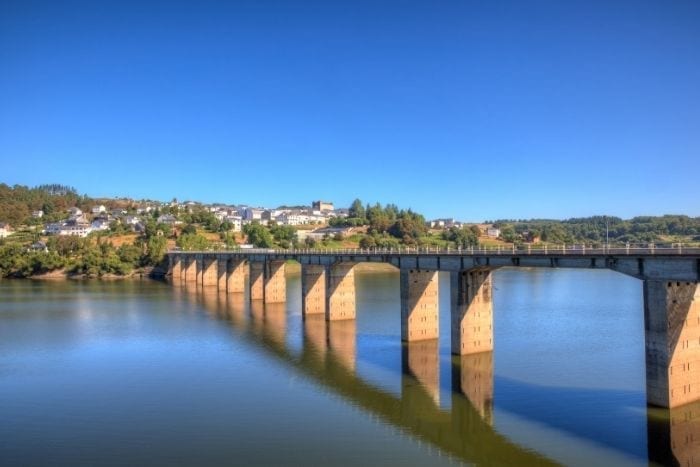 In Navarre, just 24 kilometres from Pamplona, you will find a wonderful village called Puente de la Reina. A cobbled village full of history in all its corners and characterized by the passage of those who walk the Camino de Santiago. This village is an important point on the Pilgrim’s Way to Santiago de Compostela because the two routes coming from France, the route from Orreaga/Roncesvalles and the one from Somport, meet here. Its most outstanding monument is the Roman Bridge built over the Arga River and through which runs the Camino de Santiago, also has several churches that are worth visiting if we have the opportunity. 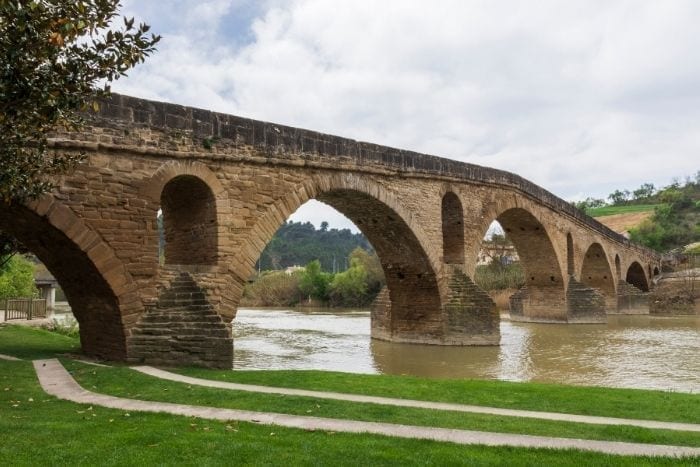 This charming medieval village, dominated by a feudal fortress still inhabited, is located in the region of El Bierzo, in the province of León, and has a number of attractions to offer you. which includes at least 13 monuments including the Church of Santiago Apostle, the Church of San Juan, the Castle of Villafranca and the Convent of the Vincentian Fathers. We are on the French Way, and this marvellous enclave offers us one of the urban centres declared an Asset of Cultural Interest thanks to its monumental offer as well as its wine tradition. It has thus become one of the most important and touristic points of the Jacobean route. 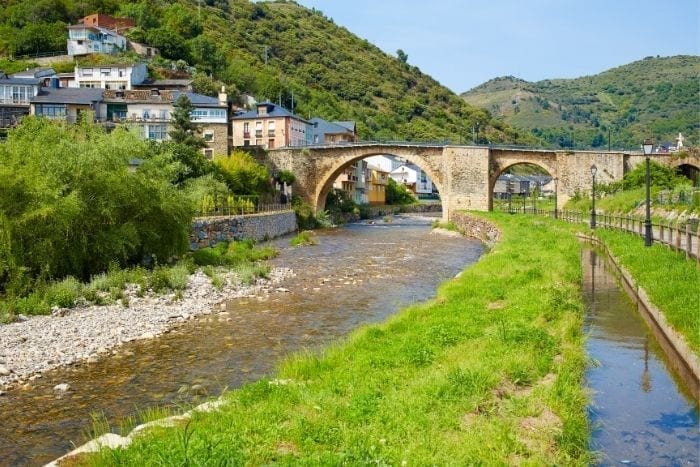 This municipality of La Coruña is 54 kilometres from Santiago de Compostela, and many pilgrims choose Melide as their last point of departure before reaching the Obradoiro. It stands out for the contrast of its fields, with animals always present, and its medieval buildings. It has numerous cruceiros, among which stands out one built in the fifteenth century, Gothic style and has the honor of being the oldest in Galicia. It is one of the favourite places for those pilgrims who are travelling along the French Route the French Way for its monumental and gastronomic offer. You can’t leave without trying the traditional pulpo a feira in one of its many pulperías. 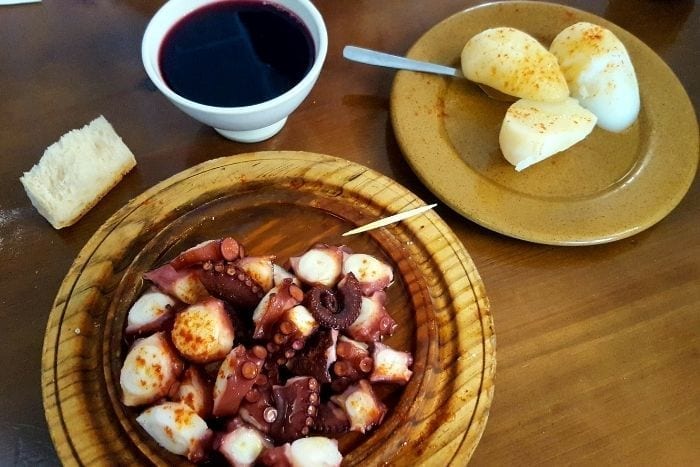 The historic town of Sahagún is located sixty-seven kilometres southeast of León, extending over a flat mound, whose nerve centre is the main square, or Plaza Mayor, which still exhibits its original entrances. In the streets of Sahagún we can see some houses with bricks and wooden structures, and others built with clay and straw. Artistic heritage The town, which shows a successful past, includes notable buildings such as the monastery of San Benito el Real, the Mudejar churches of San Tirso and San Lorenzo built in the 12th and 13th centuries, respectively, the Benedictine convent, currently the site of the Sahagún Museum, and on the outskirts of the town, the pilgrim’s shrine. Undoubtedly one of the most beautiful villages on the Camino de Santiago.

How many of these towns have you visited? What other towns are missing from the list? Don’t forget to leave a comment with your personal recommendations.