The Galician “queimada”, which literally means “burnt”, is an alcoholic drink based on brandy which, along with other ingredients, is literally burnt and cooked to be consumed hot. However, before handing it out and drinking it, the incantation has to be recited that turns this simple drink into an eye-catching ritual. It is a traditional Galician show based on fire, alcohol and poetry, typical in festivals and celebrations. Surely you are familiar with it, and in this article we will delve into its history, ingredients, preparation and meaning.

Regarding its origins, they are a bit uncertain. Popularly, and depending on its cultural components, different origins can be attributed to it: Celtic, due to the poetic element of the incantation; perhaps Germanic, given the taste for collective drunkenness and the taste for hot and burning alcohol; perhaps Arab, due to the use of sugar and distilled spirits. Carlos Alonso del Real, professor of Prehistory at the University of Santiago de Compostela, already considered these elements in a 1972 article published in the magazine “…”. Grail “but states that Until the introduction of the alembic (of Arab origin) between the twelfth and thirteenth centuries, as well as cane sugar (also of Arab origin), this drink would not exist. Thus, the origin of the drink would be, at least in the late Middle Ages. 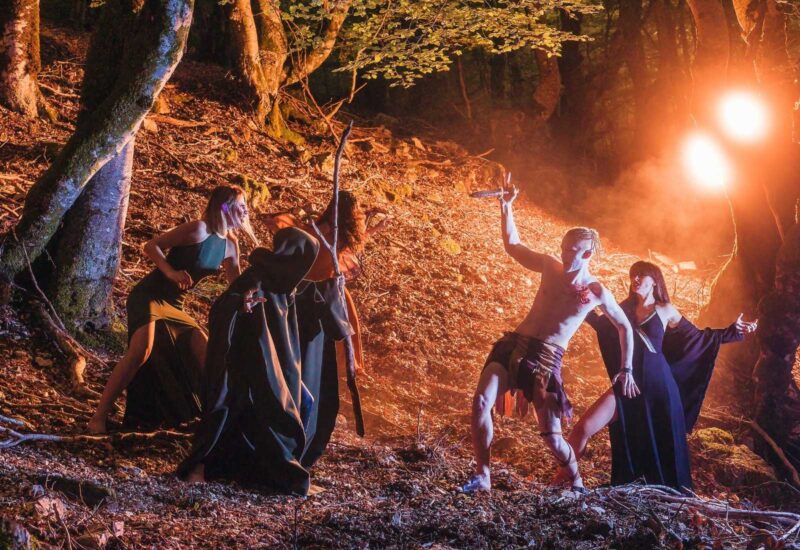 Later, the Galician anthropologist and ethnographer Xosé Manuel González Reboredo considers that the consumption of brandy, even unburned, was a classic in rural Galicia as a remedy against colds, even administered to children: there are still Galicians today who remember it. Following his research, he found that around 1950 the Galician emigrants began to use aguardiente at parties and celebrations. Even in 1955 the potter from Mondoñedo, Tito Freire, began to create the typical earthenware pots and cups with which the queimada is still prepared and consumed today.

Finally, in 1967, the multifaceted and self-taught artist Mariano Marcos Abalo wrote the incantation of the queimada, on the occasion of a floral festival in Vigo. He was modifying and perfecting the incantation, which little by little became famous, so much so that some printers began to print and sell it without the author’s permission. This fueled the belief that it was an anonymous text and perhaps created in time immemorial, until Mariano decided to register it in 2001.

The main ingredients are Aguardiente de orujo de Galicia sugar and lemon peel. There are variants in which orange is introduced instead of lemon, even other fruits, as well as coffee beans. 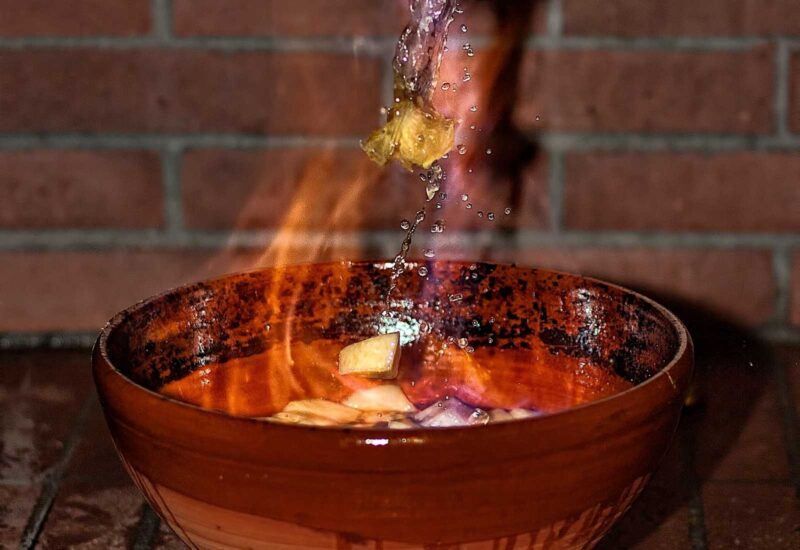 As a guideline proportions, although you can always vary them depending on your tastes, would be two liters of brandy, about three hundred grams of white sugar (we will reserve two big spoonfuls to light the fire), one or two pieces of lemon or orange to use their peel and a good handful of coffee beans. You know, you can vary the proportions depending on your palate or how many people are participating.

To prepare a queimada, pour the Galician Orujo brandy and sugar into a clay container, in a proportion of 120 grams of sugar for each litre of brandy. Then add the lemon peel and the coffee beans. Stir and set fire to a saucepan or ladle in which we have previously placed a little sugar and brandy. Very slowly, approach the vessel until the fire spreads into the liquor in the vessel. Stir until the sugar is consumed, and it is here that we can recite the incantation. Here is one of our guides performing the all-inclusive ritual for some lucky pilgrims.