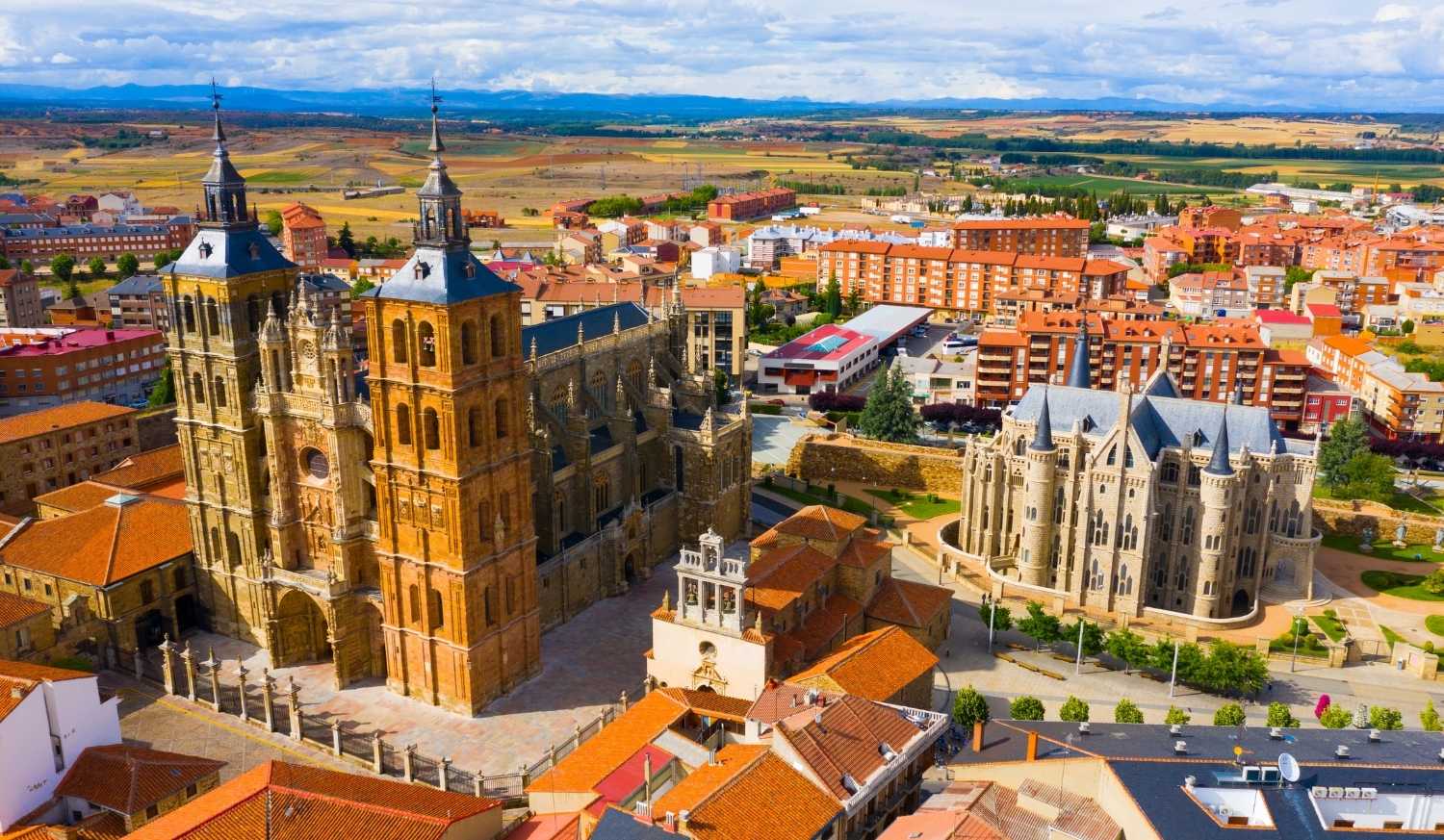 The capital of the Leonese region of Maragatería offers a rich medieval legacy, the result of its location at a crossroads: the French Way and the Via de la Plata route. Its walled enclosure preserves churches, convents and pilgrims’ hospitals, which take the traveller back to the purest Jacobean tradition. Also outstanding in its urban layout is a masterpiece of the modernist architect Antonio Gaudí: the Episcopal Palace. Astorga is also a good opportunity to enjoy the gastronomic richness of these lands. Its historic quarter has been declared an Asset of Cultural Interest.

Astorga appears at the confluence of two important routes. The oldest of them, the Vía de la Plata route, dates back to Roman times. Following this route (Gijón-Seville), the metals extracted from the mines in the north of the peninsula were transported to the commercial ports in the south. During the Middle Ages it was crossed by Arab and Christian troops, in times of conquest and reconquest. Excellent communication route for centuries, it became a pilgrimage route to Santiago de Compostela.

What to see and do in Astorga

A tourist visit to Astorga has to start with its square, arcaded Plaza Mayor, with its town hall building. The square and the buildings are from the 18th century, but underneath are still the remains of the Roman forum erected in the ancient Astúrica Augusta. 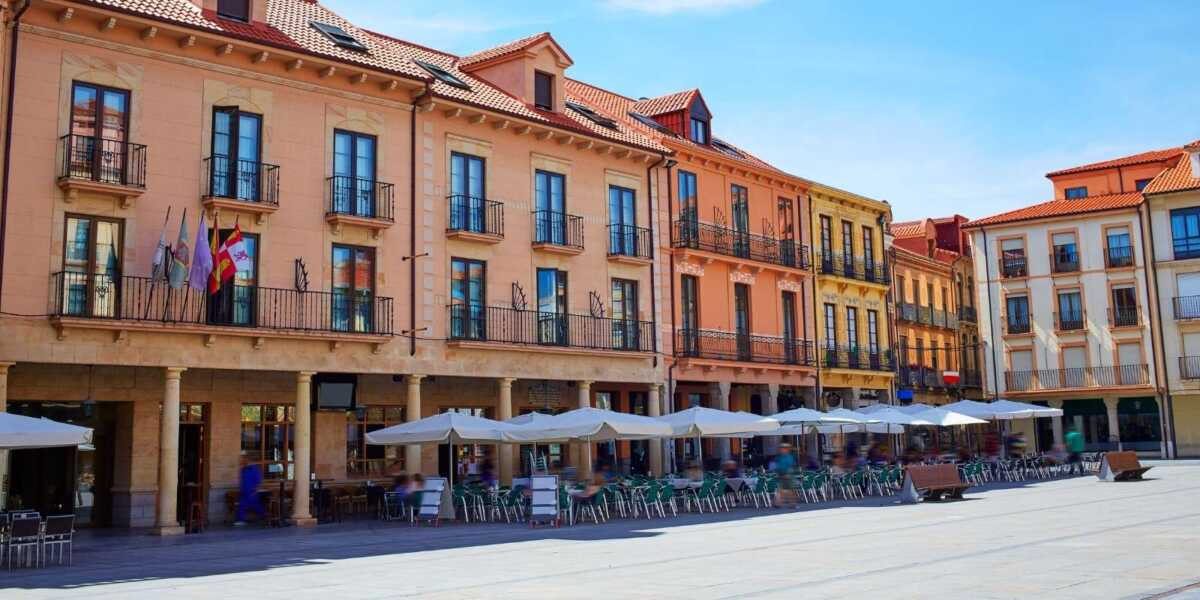 It is one of the most recognized buildings in the city. Its origins date back to the 3rd century, when it is already known to have held the title of Apostolic. The building that we can see today began to be built in the 15th century, on the ruins of a Romanesque construction from the 11th century. The works lasted for more than three centuries, so you can find various architectural styles, from Gothic to Baroque, through the Renaissance. 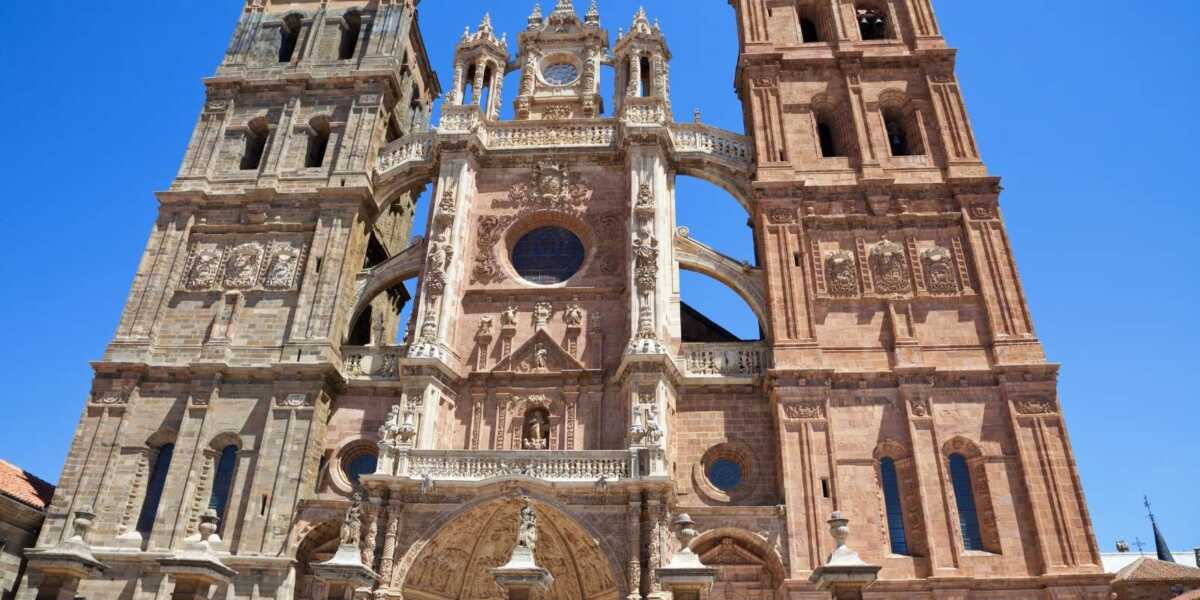 Gaudí also built in Astorga what is probably the symbol of the city: the Episcopal Palace, located very close to the cathedral. After the old building burned down in 1886. Antonio Gaudí decided to design the new building because of his friendship with the bishop. A mix between Snow White’s palace and a medieval castle. A building that, once you stop to admire it, you will discover elements that, separately, you would never imagine in the same building, and shapes that seem to defy the laws of gravity but that are capable of supporting the palace. 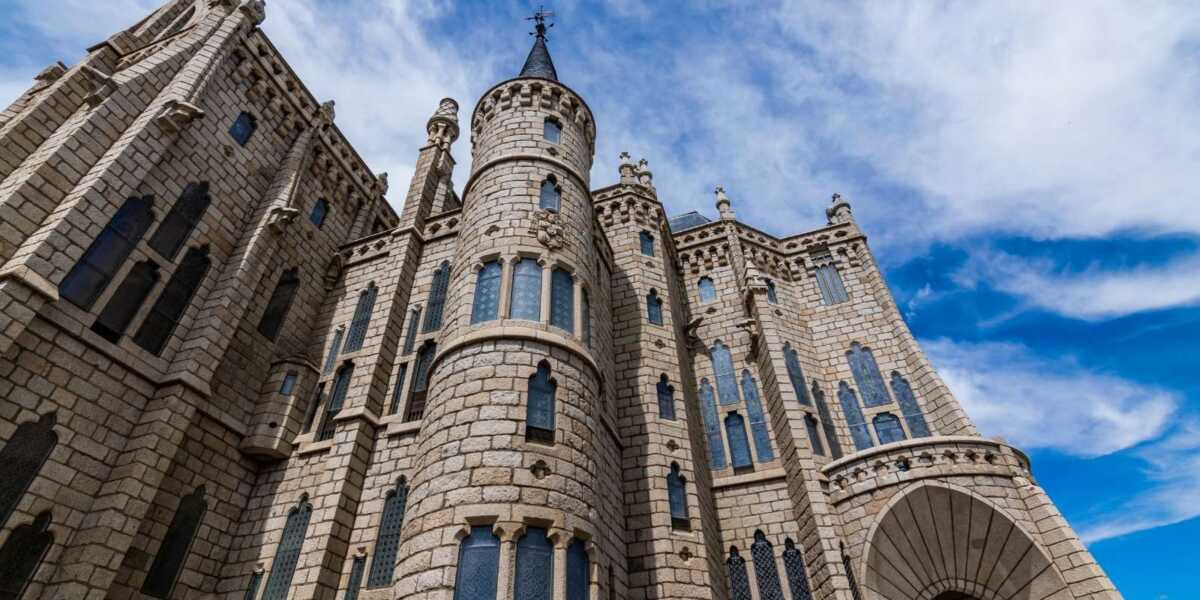 Museum of the Roads

Inside the Episcopal Palace is the Museum of the Ways, where we can see pieces related to the pilgrimage, while we wander through the various rooms that were to be a residence, but never came to host that function.

The old town is surrounded by a Roman wall, built between the 20th and 4th centuries. Today about two kilometres of the perimeter remain, much of it rebuilt during the Middle Ages. None of the old access doors are preserved today, what can be seen are about thirty cubes. 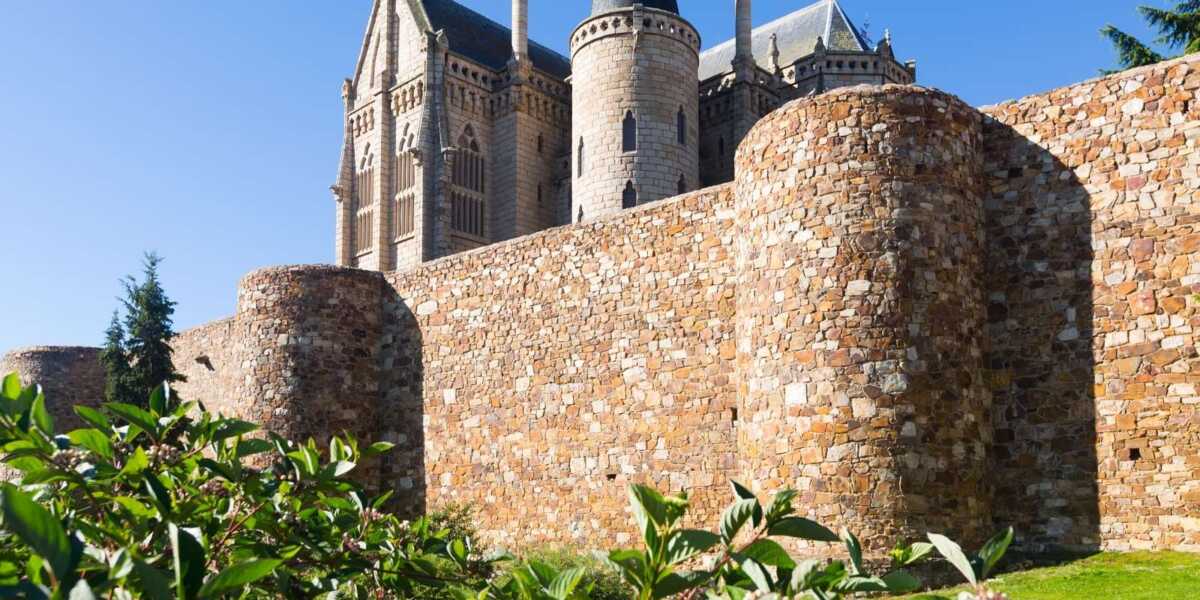 The baths played a fundamental role for socializing in the ancient Roman Empire, today the Terme Maggiore and Terme Minore are still preserved , as well as the sewage system, which is still in use.

Moving towards the south of the city you will see the Roman Museum, where you can visit some of the pieces that have been found in the different excavations carried out in the city. The choice of this place has not been casual, since in it was located the Ergastula, one of the buildings of the forum of Astúrica Augusta of which its use is unknown. It is said that it could have been a prison for the slaves who worked from sunrise to sunset in the mines of Las Médulas. Next to the museum stands the church of San Bartolomé, of Romanesque origin but subject to a large number of restorations. 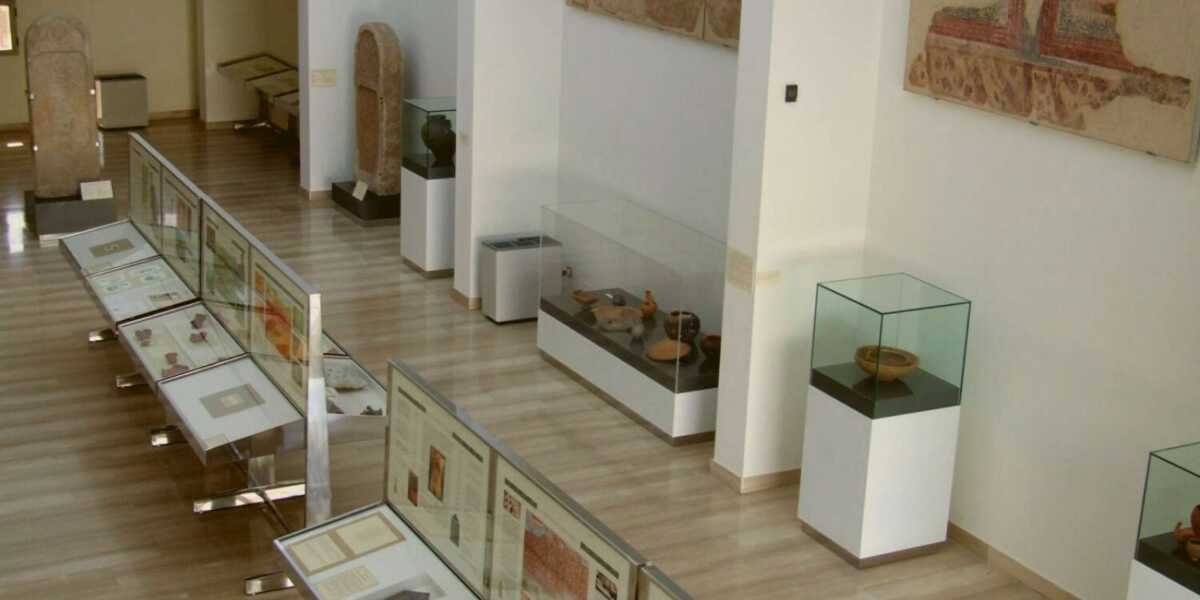 But not everything is Roman in this city. Astorga also has a Jewish legacy. You will see it in the Synagogue Garden, a leafy park built where the Jewish community settled and which is attached to the wall.