Grapevines in Spain? Yes, even in Europe, where there is also the famous Black Forest in Germany. Normally we associate the term “jungle” to a mass of forest typical of tropical areas, but in this post we will understand why they are so called, and, in particular, we will know in depth our Iberian forest, the Irati ForestA natural space that receives many visitors every year. Here we tell you everything you need to know about this beautiful place, take note!

The Irati Forest is mainly located in the north of north of the region of NavarreThe area of the river is very small, although a small part of it crosses the border with France. Its Spanish part is located in the valley of the river Iratiwith the mountains of Roncesvalles and Orzanzurieta to the west and Mount Orhi to the east. To the south we find the Sierra de Abodi, and to the north, the eastern Pyrenees of Navarre and the border with France. To get to it from the west we can do it through Orbaizeta through the closure of the Irabia reservoir (with three parking areas) and the valley of Aezkoa; on the other hand, from the east we access via Ochagavía and the valley of Salazar, where we will find the Ochagavía Nature Interpretation Centre, which we recommend visiting for more information. 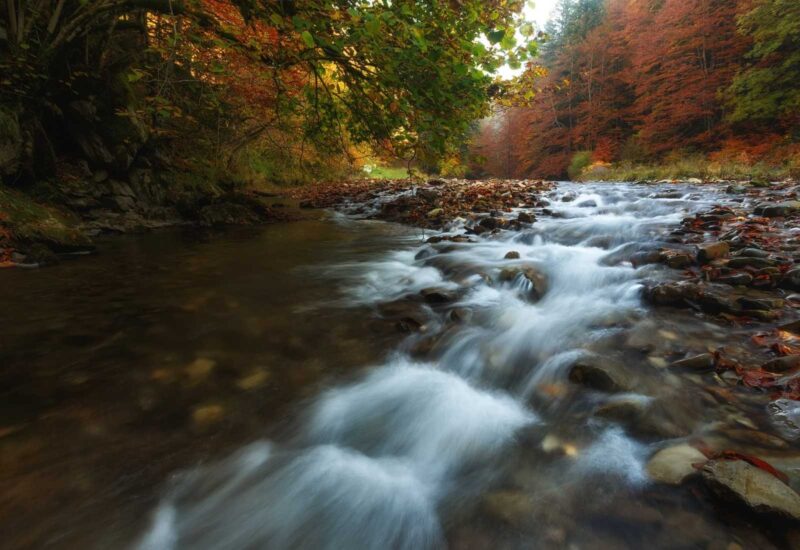 In Irati, the contrasts of colours are much stronger in autumn, and we, who have lived the experience in this season, we recommend it to you 100%.

This space has an incalculable incalculable ecological value. Due to the characteristics of its vegetation, with one of the largest and best preserved beech and fir forests in Europe, is a true explosion of colours and life.depending on the season. Apart from the vegetation, there are a lot of ecosystems hidden in the thick forest.and on the other hand, in plain sight in its open and green pastures.. Both are home to numerous wildlife populations. 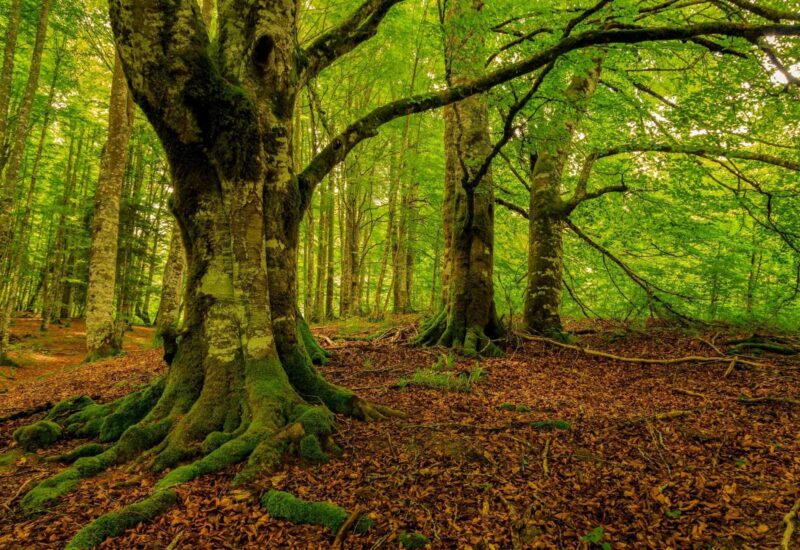 As for the floraflora, it is worth mentioning the common beechas well as birch, willow, downy oak, yew, holly, maple, lime and rowan. As a conifer, it is worth mentioning the silver fir. Of smaller size but with great prominence are the blackberry and a great variety of mushrooms, as well as mosses and ferns (“field of ferns” is the meaning of the word “irati” in Basque, which is also used as a feminine noun). In addition, in 2015, a carnivorous plant was discovered, the Drosera Rotundifolia was discovered, as well as the Eriophorum Angustifolium a woolly plant, which led to the inclusion of the Irati Forest in a European protection project.

Irati is home to a large family of animals, from mammals, birds, reptiles and endemic species.

All this vegetation gives shelter to the fauna that we can find in this unique space. The following stand out birdssuch as kinglets, finches, robins and others. In danger of extinction are the woodpecker, the black woodpecker and the white-backed woodpecker.among others. We will also find birds of prey such as the bearded vulture, the peregrine falcon or the golden eagle. Also noteworthy, among many, are mammals such as the Pyrenean desmanthe fox, the wild boar, the marten, the wolverine, the roe deer and the deer, whose rutting or bellowing can be heard mainly in autumn.. There are also some endangered reptilesThe snub-nosed viper, the ocellated lizard and the black-headed turtle stand out. Do not forget another endemic species, the Pyrenean newt, .. 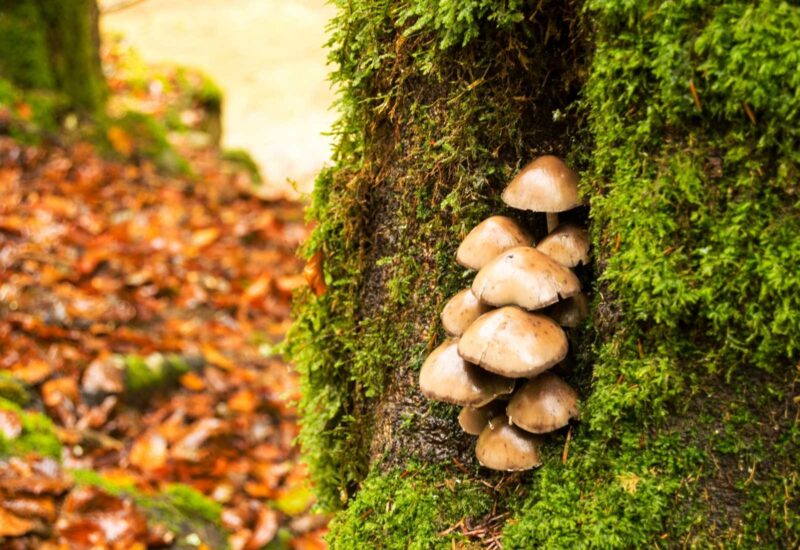 Yes, we can also tell you about history and culture in the Irati Forest. Already in the 16th century France and Spain were debating the “ownership” of this territory, perhaps because of the deforestation that had been going on since the 15th century. King Charles III, in the 18th century, erected an arms and munitions factory.thanks to the amount of timber and iron mines available in the area. With great economic importance until the 19th century, today it can be visit. 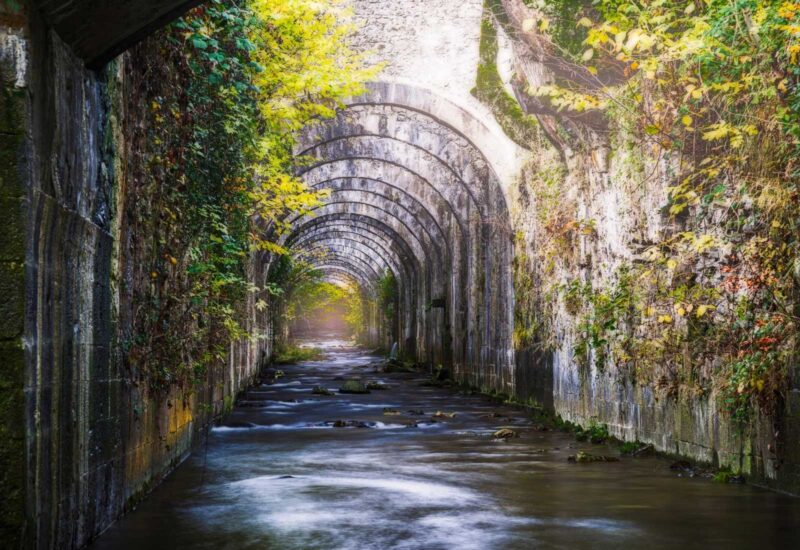 A town that should not be missed on our visit is Ochagavíawhose origins date back to the 11th century and which preserves beautiful examples of Pyrenean architecture. In addition, throughout the area we can contemplate 15 of the 22 hórreos in NavarreThe hórreos of the Aezkoa Valley have been declared an Asset of Cultural Interest (BIC).

Of course, there are many active tourism activities that can be practiced here, from hiking, mountaineering, snow sportsfrom hiking, mountaineering, snow sports, cycling or mountain biking, birdwatching, climbing and canyoning and more. Different rural lodgings await you to offer you all its charm and its rich gastronomy.. You can learn more here.

In the words of Ernest Hemingway, “whenever I remember Irati my hair stands on end”.

Navarre is, without doubt, a region which, in addition to the Pilgrim’s Way to Santiagoits great fiesta of San Fermín and its wines, offers you this natural jewel natural jewel which is only surpassed in size by the aforementioned Black Forest in Germany. For us pilgrims, it is a wonderful complement if we decide to start a Jacobean adventure in Roncesvalles through the French Camino de Santiago enjoying the beautiful nature of the beautiful nature of the Irati Forest and all the magic of the Camino de Santiago.