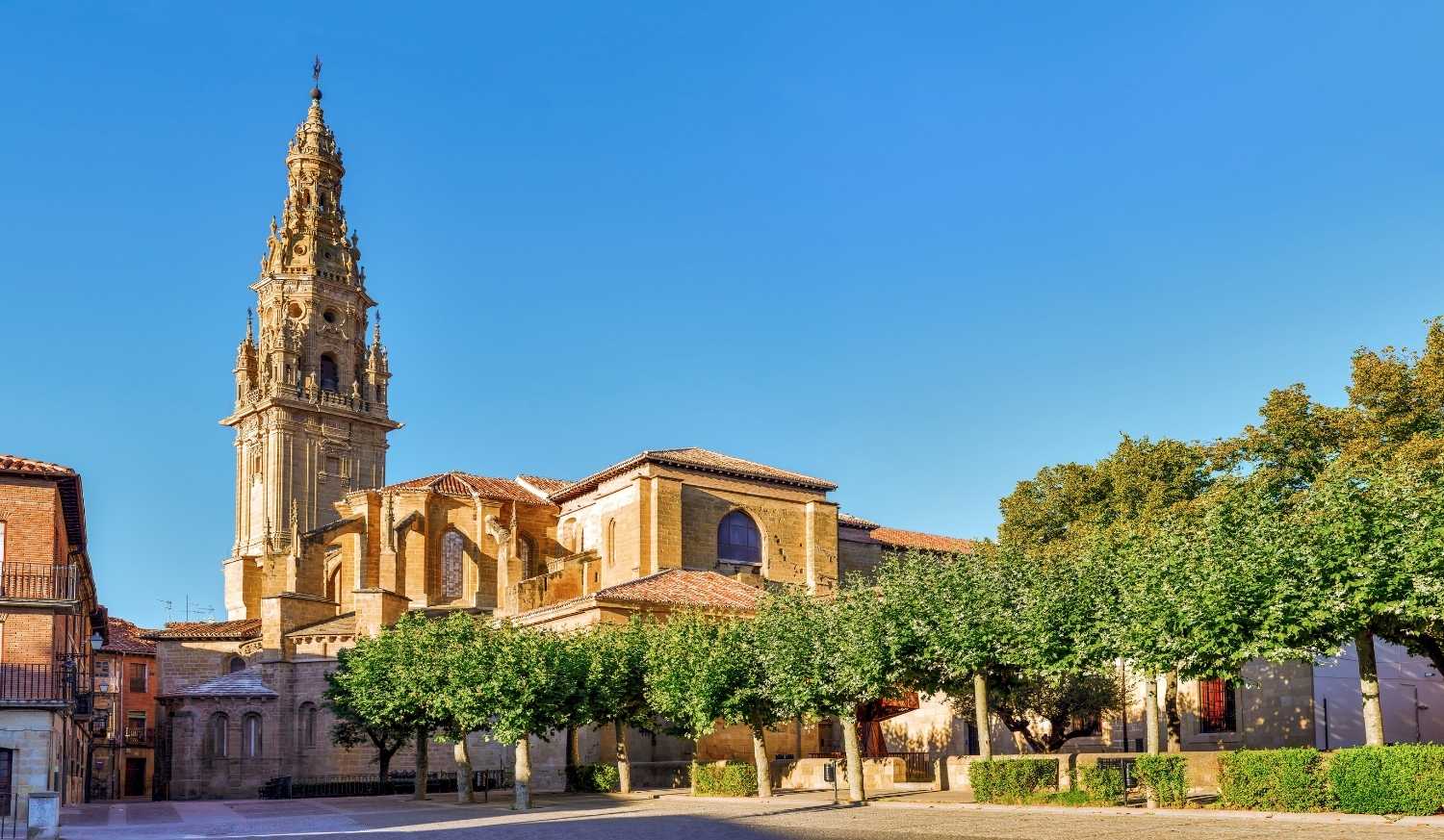 Santo Domingo de la Calzada is a town of medieval origin, located on the banks of the river Oja. It owes its name to its founder, Saint Dominic, who built a bridge, a pilgrims’ hospital and a hostelry here, which is proof of the great importance of pilgrimages for the development of cities.

In this small city you can wander through streets full of history in its monumental area, marvel at the remains of the walls dating from the twelfth and fourteenth centuries and admire the formidable Cathedral; a perfect example of Gothic art in our country.

There is always something to do in Santo Domingo de la Calzada: art, culture and heritage are combined with exquisite gastronomy. As a curiosity, inside the Cathedral there is a henhouse where a rooster and a hen live, as a symbol of commemoration of the miracle of the hanged pilgrim.

What to see and do in Santo Domingo de la Calzada

The Cathedral of Santo Domingo

In the central Plaza del Santo we find the fascinating Cathedral of Santo Domingo. Its construction began in 1158, in order to house the remains of one of the most famous and venerated saints of the Camino de Santiago, Santo Domingo de la Calzada. It has elements of Romanesque origin, such as its façade, and others of Baroque and Renaissance style, such as the free-standing tower. Inside we can find the main altarpiece, in plateresque style, the sepulchre of Santo Domingo, several chapels, the choir, the cloister and a wonderful baroque organ recently restored. You will be struck by a chicken coop, reminiscent of one of the Saint’s miracles. 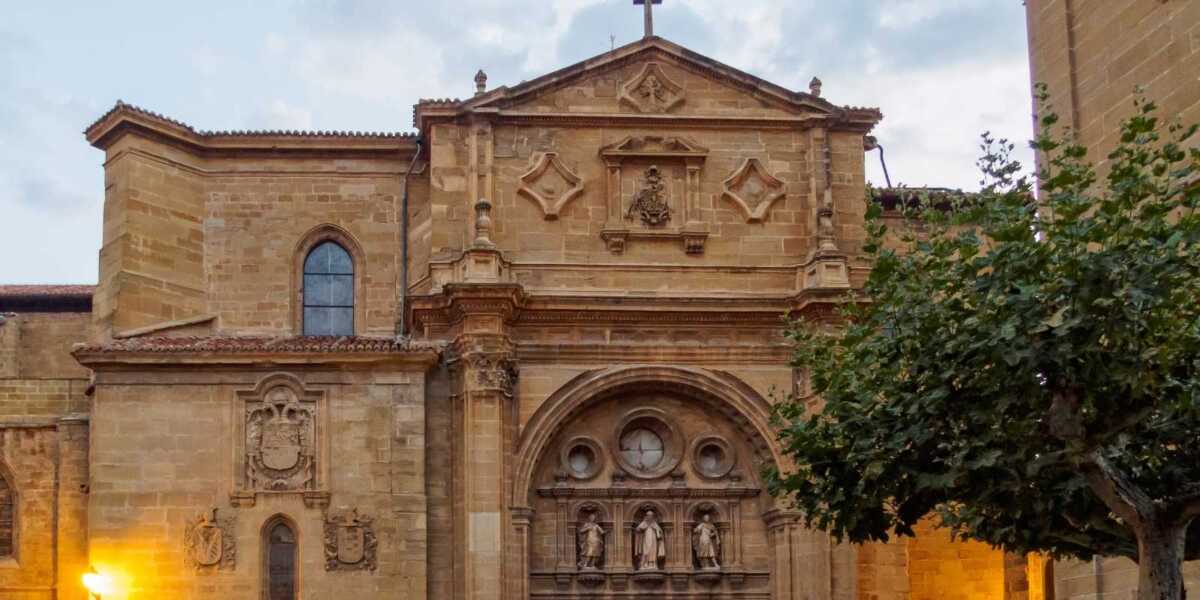 Miracle of the Rooster and the Hen

A German couple and their young son, Hugonell, are on their way to Compostela. But when they arrive in Santo Domingo they stay in an inn. The innkeeper’s daughter falls in love with the young German, but when she is not reciprocated, she decides to take revenge by hiding a silver cup in the young man’s luggage. When the family leaves town, the girl reports the robbery. Young Hugonell is captured, the cup is found among his belongings and he is accused of theft and sentenced to hang.

The next day, his parents, before setting out on their journey, went to see the body of their son, who surprisingly was alive and said to them: “The blessed Saint Dominic of the Calzada has preserved my life against the rigorous cord… give an account of this prodigy”. The parents go to tell the town mayor about the event, but the latter, skeptical, comments that the young man is as alive as the roasted rooster and hen he is about to eat. Instantly the birds regain their feathers and life, attesting to the portentous miracle. 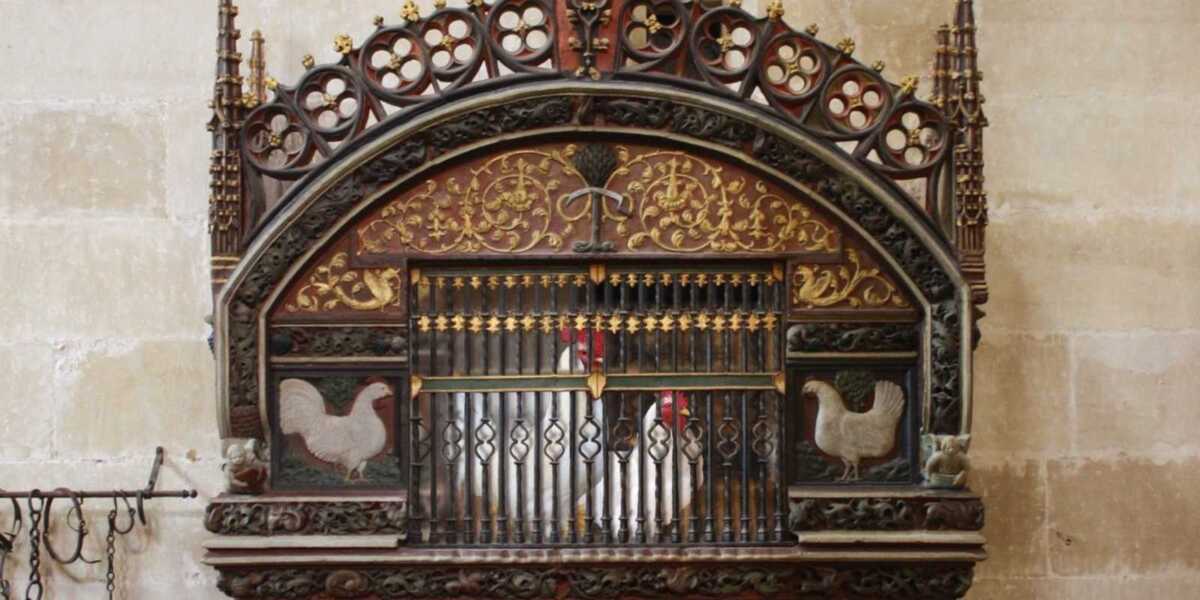 Located in the centre of the city, it is the axis of the urban centre of Santo Domingo. It divides the city outside the walls with the Old Town and is marked by two rows of plane trees that provide shade during the summer. On the floor tiles we can read all the towns along the French Way, from Roncesvalles to Santiago de Compostela.

It is worth mentioning the bandstand where the Municipal Band has been holding concerts on Fridays during the summer, a time when the promenade serves as the nerve centre of social life in the village thanks to the numerous terraces of the hotel and catering sector.

Santo Domingo de la Calzada boasts the most important walled enclosure in the Autonomous Community of La Rioja. Its construction began in the 13th century, with a first fence that encompassed part of its main street from the Barrio Viejo to the Barrio Viejo. But it was not until the 14th century when, on the occasion of the Castilian Civil War, King Pedro I ordered the construction of the current wall as a defence.

In the Plaza del Santo we can find an old Pilgrims’ Hospital, which shows the importance of the Jacobean pilgrimage in the village. Today it functions as a Parador Nacional and preserves its original 12th century structure. 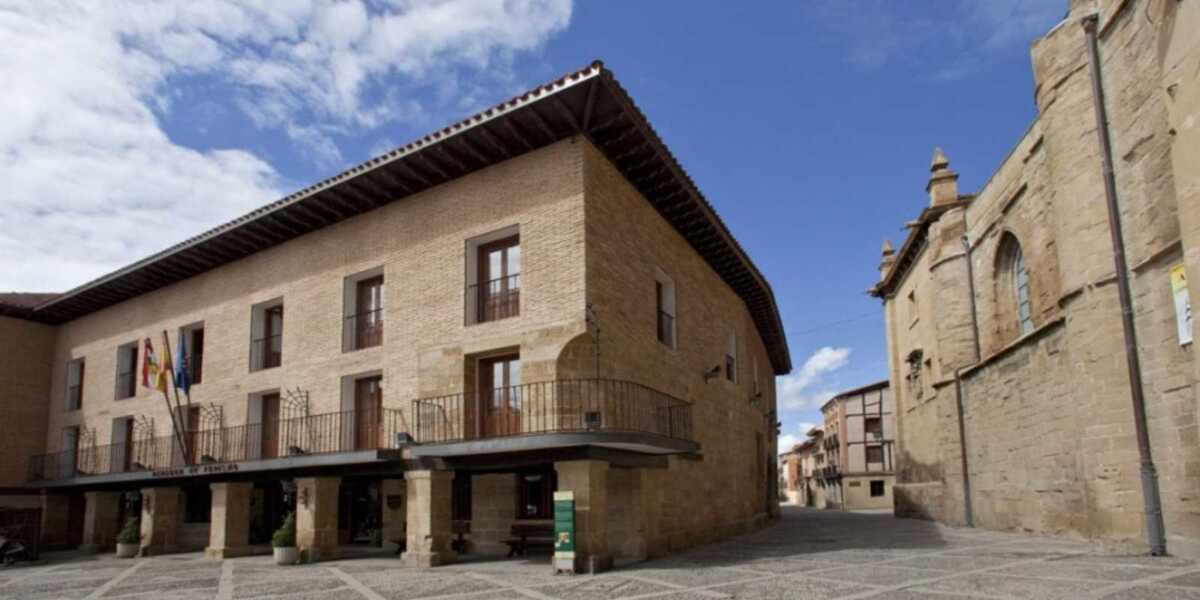 Just behind the Santo Domingo Cathedral The Plaza de España, which served as a market and bullring, is just behind the Cathedral. In it we find several civil buildings such as the Town Hall, the Royal Jail and the Alhóndiga building. 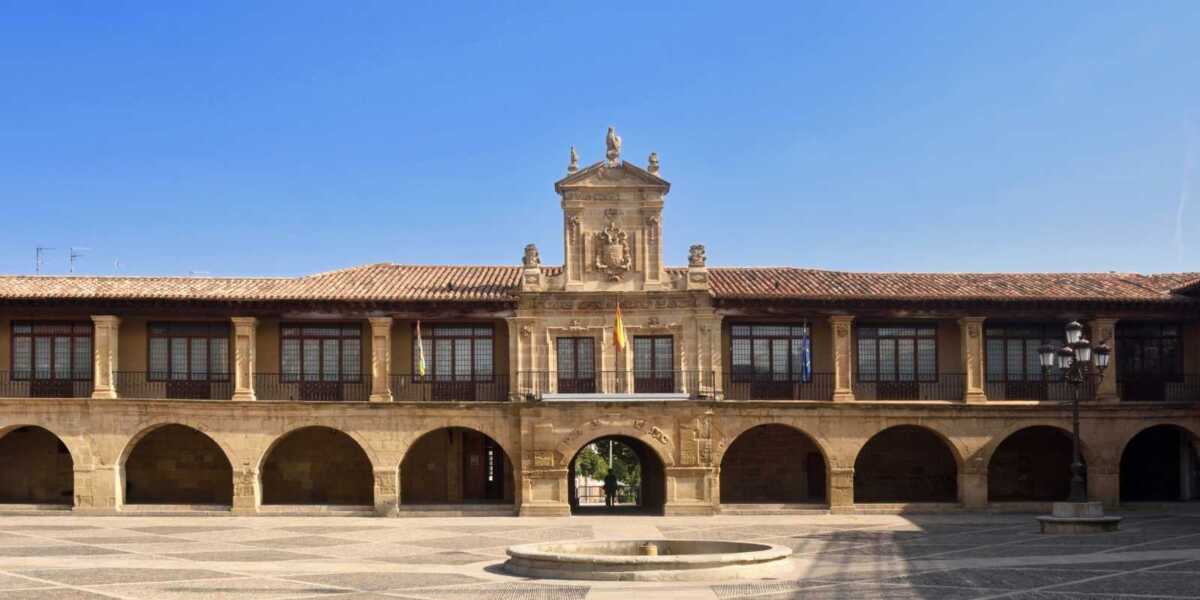 Abbey of Our Lady of the Annunciation.

At the end of the Calle Mayor we find the Abbey of Nuestra Señora de la Anunciación, which houses Cistercian nuns transferred from the Royal Monastery of Abia de las Torres. Inside you can visit the church and the tomb of the bishops who founded it.

Turning along the Paseo del Espolón, we arrive at the Convent of San Francisco. Today it is destined to the restoration of works of art, serves as National Parador and residence for the elderly. 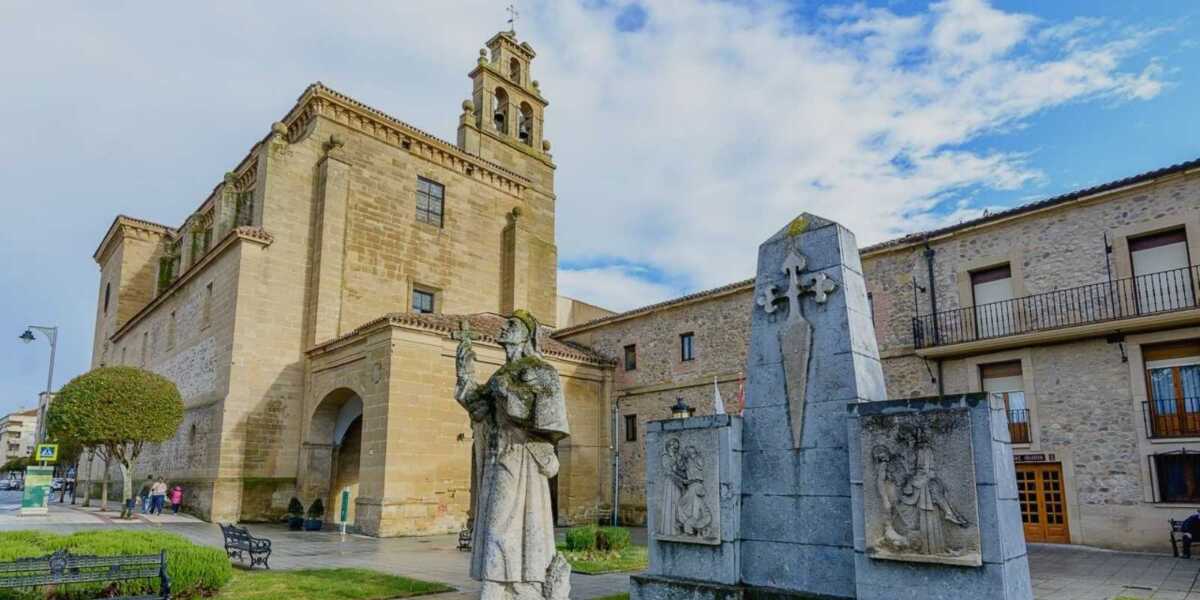