The Portico of Glory

The Obradoiro square, kilometre 0 of the Way of St. James, hides behind its imposing Baroque façade this Romanesque jewel: the Portico de la Gloria. A masterpiece of European Romanesque architecture, the cathedral’s original west doorway has witnessed the entrance of pilgrims for more than eight centuries. Although it was later protected by the current façade, this did not prevent its gradual deterioration: damp, dirt and inappropriate interventions tarnished the façade. Let’s take a look at what it is, what its restoration consisted of and what the future looks like.

Getting to know the Pórtico de la Gloria

The Portico, an architectural structure made up of three arches and accompanied by an elaborate sculptural ensemble, was the original western entrance to the Cathedral of Santiago. So it was from its completion in the early thirteenth century until the construction of the current facade of the Obradoiro in the eighteenth century, the best known image of the cathedral (and the pennies) and symbol of the completion of the Camino de Santiago. 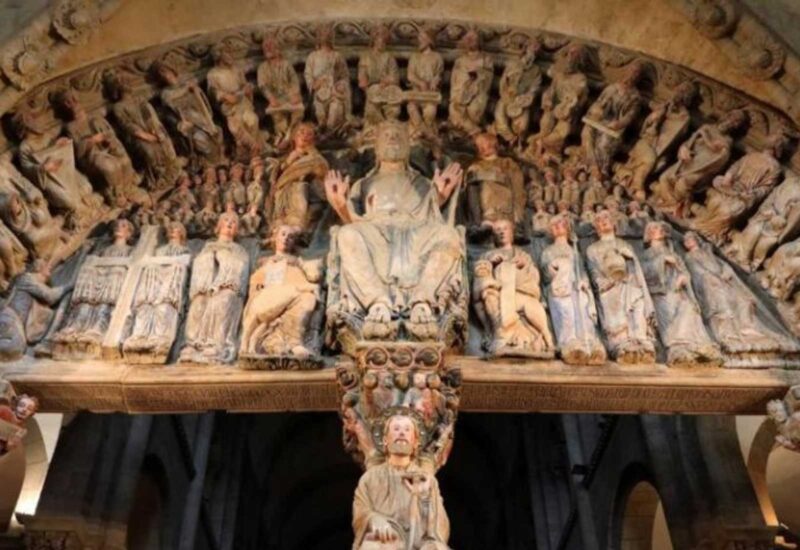 In 1168 Master Mateo was commissioned to finish the work on the cathedral, by express mandate of King Ferdinand II of León and Galicia. He began by finishing the works at the end of the naves of the basilica and then continued with the construction of the crypt, or in other words, the lower floor on which the Portico de la Gloria stands. Twenty years later, on April 1, 1188, he placed the lintels where the tympanum would be placed, continuing later with the sculptural ensemble, narthex, tribune, façade and towers. Finally, around the year 1211, the temple was consecrated in the royal presence of Alfonso IX.

A Bible in stone

The work of Master Mateo, popularly known for his representation on the back of the Portico as the “saint of the croques”, represents, for didactic and doctrinal purposes, Redemption and Salvation. As you well know, the common people were almost entirely illiterate, and the Word of God was learned in church sermons and through religious sculpture.

Romanesque art thus served as a Bible in stone, allowing the faithful to learn about religious doctrine through its images.

The Portico de la Gloria, made of granite and marble, is an example of this, and what a beautiful example it is. In the lower part, monsters and wild beasts remind us of the fate of those who live on the margins of faith, while the side arches represent the Old and New Testament (left) and the Last Judgement (right). An example of teaching about sins, for example, can be seen in the right side arch, where we can see a figure eating a pie, which would represent the sin of gluttony.

The great central arch, presided over by St. James the Apostle, shows the Tree of Jesse or the genealogy of Christ, the Evangelists, the righteous and a fine choir of angels, above which the elders of the Apocalypse are skilfully represented. All hold heavenly conversations as they prepare their instruments to announce the Glory.

The protection of this complex and magnificent work, thanks to the construction of the Baroque façade that we see today, the work of Fernando de Casas y Novoa and Domingo de Andrade, did not prevent time, humidity and successive interventions from deteriorating it. Its state of conservation more than ten years ago was critical, with constant detachments of material and suffering complex physical-chemical mechanisms that gradually degraded the material, which led to a long closure of visits to the public to proceed with its restoration. 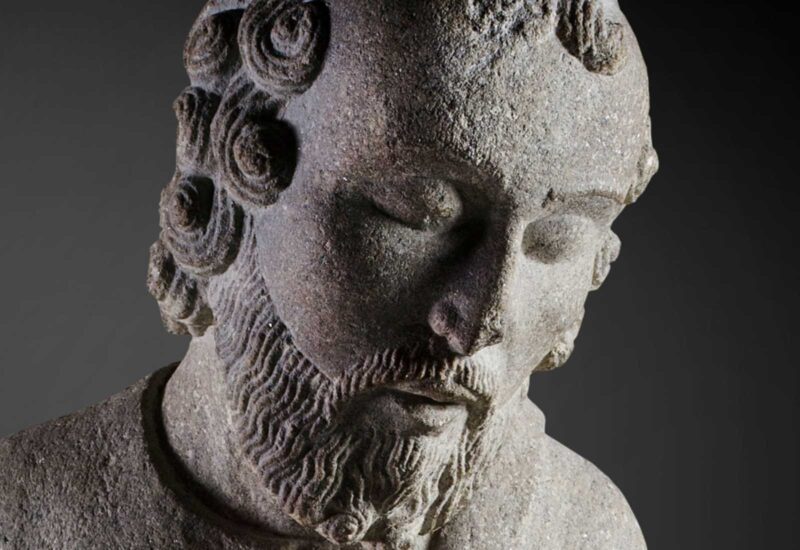 I want to see it!

After the restoration and its reopening to the public, visiting it was no easy task, as everyone wanted to see it in all its splendour. Now it is easier, and in the web of the Cathedral of Santiago you have all the necessary information: timetables, prices and so on. Meanwhile, if you want to know more, click on here. We encourage you to enjoy admiring it, you will be absorbed by the beauty and good work of the medieval stonemasons. In addition, your visit can be the grand finale to your pilgrimage along any of the routes of the The Way of St. James.