The most fascinating and unknown route of the Camino de Santiago

The Sanabrian Way is a part of the Silver Route that links Granja de Moreruela with Santiago de Compostela, passing through Puebla de Sanabria until it enters the interior of the province of Ourense. An uncrowded path perfect for those who wish to get away from the hustle and bustle of other routes.

Our journeys of the Sanabrian Way of Santiago 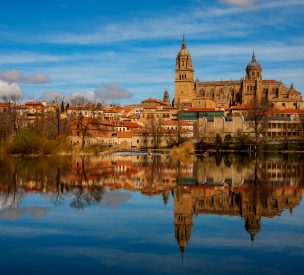 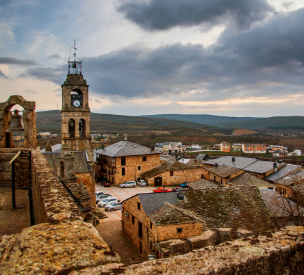 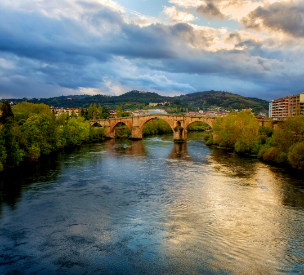 Although the Sanabrés Way is a continuation of the Silver Route, nowadays we can consider it as a Way on its own. A fascinating route due to the enviable natural environment, full of contrasts and bucolic landscapes, with mild temperatures in spring and autumn. A solitary path, far from the overcrowding and the incessant rattling of pilgrims on other routes. It could be said that the Sanabria route still preserves the Jacobean essence that some pilgrims on the Camino de Santiago seek so much. Nowadays, although it has fewer services than other routes, it has enough hostels and is very well signposted.

Where to start the Sanabrian Way?

The Sanabrés Way starts in the Zamora town of Granja de Moreruela, leaving the Silver Route for good until it reaches Santiago de Compostela. It is divided into 13 stages that extend for about 370 km (through the variant of Laza), and crosses part of the Castilian plateau to get into mountainous terrain typical of the Galician orography.

But if we do not have enough time to do the complete route we can start the Sanabria route from Ourense, with a total of 110 kilometers to Santiago de Compostela. This last stretch can be done in 5 stages that we will complete in just one week.

Stages of the Way of Santiago in Sanabria

History of the Sanabrian Route

The origin of the Sanabrés itinerary goes hand in hand with the Vía de la Plata that ascended from the south of Spain and a whole series of small pilgrimages and pilgrimages that went to a dense network of monasteries based on the Mozarabic repopulation and located in the province of Zamora, right at the origin of the Camino Sanabrés.

A few kilometres from Granja de Moreruela, the starting point of this route, we find the Cistercian monastery of Santa María de Moreruela, the oldest in Spain, and known until 1163 as Santiago de Moreruela. In its remains you can still see the door and fountain of the Pilgrim. 25 km away, in Tábara, there was the Mozarabic monastery of San Salvador. The same happened in Santa Marta de Tera, a town that arose from the abbey of Santa Marta de Riba de Tera. In Rionegro del Puente, at the foot of the sanctuary of Virgen de la Caraballeda, the Brotherhood of the Falifos was founded in the 14th century (still in force), a historic hospital institution that some scholars place among the first on the Pilgrim’s Way to Santiago de Compostela.

In San Martín de Castañeda, a village located on the lake of Sanabria, the monastery of Santa María was built in the 10th century. In Galicia, next to the collegiate church of Santa María la Real de Xunqueira de Ambía, there was a pilgrims’ hospital. There is also evidence of several hospitals in Verín, Monterrei, Allariz and Ourense. There is no doubt that there was an itinerary traced between all these religious centres and that, thanks to the signs of hospitality that were found, it ended up becoming another Camino de Santiago.

But the Sanabria route was not only travelled by the faithful and devotees, but many travellers used this road to communicate remote places in the centre of the peninsula with the north of Spain. Its roads were used as royal cattle trails and routes for merchants from all over the country. The Galician farmers used this route to go down to Castile during the harvest season, also using its hospitals, inns, temples and monasteries.