How many kilometers is each Camino?

“All roads lead to Rome. This old saying, well known to everyone, is perfectly applicable today with Santiago de Compostela. After the discovery of the Apostle’s tomb, the Camino has been travelled for hundreds of years by pilgrims from all over the world along its kilometres. Since then, old paths of the European continent emerged with the same place as a destination, Santiago. It was after the construction of the cathedral that pilgrimages multiplied and the pilgrimage route known today as the Camino de Santiago was consolidated.

We must bear in mind that there is no single itinerary, depending on the starting point we can choose from dozens of routes, each with its own history and tradition. There are more than 60 routes within Spain and many more in the rest of Europe. In this article we present you the favorite routes of the pilgrims on their way to Santiago.

What does a route have to have to be one of the routes to Santiago?

Although the Way to Santiago can start from many points, a number of factors must be met for it to be considered one of the historic routes to Santiago. Certain criteria were established for this purpose, which are as follows:

– There must be a record of the Historic Layout, both in the old cartography and in its use.
– The historical existence of hospitals, bridges and even Jacobean legends of the route.
– Historical documentation of the passage of pilgrims.
– We can also add the passage through villages related to the Jacobean route and its symbolism and history. 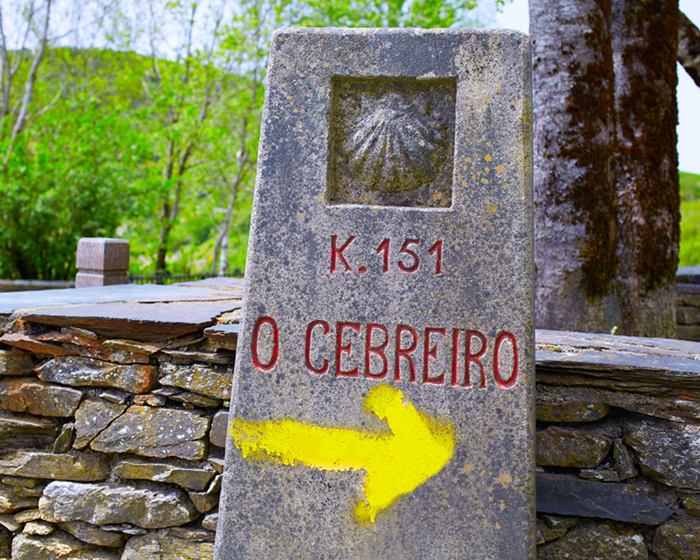 The different Ways of Saint James

There is a wide range of official routes to Santiago that cross the peninsula, more than fifty have been documented. The following are the oldest roads and currently host the largest number of pilgrims:

This path has been declared a World Heritage Site by Unesco and a European Cultural Itinerary by the Council of Europe. It is par excellence the most famous and crowded of all. It is considered the best signposted route and has many advantages for the pilgrim, such as quality and variety of accommodation, all kinds of services and a rich offer of monuments and landscapes. It has its starting point in Saint Jean Pied de Port (French-Spanish border) although the most popular point to start this Jacobean route is Sarria (Lugo) located about 110 Kms from Santiago.

The French Way consists of about 800 kilometers, which can be completed in approximately 30 days. If you do not have so much time other popular starting points are: Ponferrada (12 days), León (9 days), O Cebreiro (8 days) or from Sarria (5 or 6 days) which offer the minimum number of kilometres necessary to obtain the Compostela.

The Portuguese Way is the second in terms of influx of pilgrims. It gathers a set of routes that start from different parts of Portugal, but always entering Galicia through the town of Tui. The fact of receiving more pilgrims every year has turned it into a route that offers all the services and variety of accommodation that a pilgrim may need.

This route consists of around 600 kilometres starting from the Portuguese capital, passing through towns such as Coimbra, Mealhada, Águeda, Oporto, Barcelos, Ponte de Lima, Rubiães and Valença do Minho. Once on Galician soil, the route crosses such emblematic places as O Porriño, Redondela, Pontevedra, Caldas de Reis or Padrón before reaching Santiago de Compostela. In total it takes approximately 21 days to cover the 600 kilometres. For pilgrims who do not have so much time, Tui is the starting point because, like Sarria in the French section, it offers the minimum distance necessary to travel to obtain the compostela.

The official route of the The North Road is the one that runs along the northern coast of Spain. It enters Galicia through the town of Ribadeo until it joins the French Way in the last kilometres. This route stands out as one of the oldest and favorite of the most experienced pilgrims.

It has a similar distance to the French Way, with about 815 kilometers, divided into 32 stages. Irún is the starting point of a route that crosses important cities such as Santander, Bilbao, San Sebastián or Baamonde. Its great beauty led it to be recognized as a World HeritageSite.

Probably the oldest road hence its name. Historically forged its fame after being made by King Alfonso II El Casto. It shares with both the Northern Way and the French Way. It is a quite demanding and less beaten route. It makes up for its lack of services and accommodation with the incredible landscapes that it offers to its pilgrims.

It consists of 321 kilometers in total divided into 11 stages starting with from Oviedo. It crosses towns such as Grado, Salas, Tineo, Borres, Pola de Allande La Mesa, Grandas de Salime, Fonsagrada, Cádavo Baleira, Lugo and Palas de Rei. From this point we will continue along the French route. If we want to do the minimum number of kilometres necessary to obtain the compostela on the primitive way, we will have to start at from Lugo.

The shortest Camino de Santiago of all. It gets its name from ancient times where the pilgrims of British origin entered the peninsula through two points: Ferrol or A Coruña. It is a less frequented route recommended for those pilgrims who already know other routes of the Camino and want to explore the less travelled routes.

The distance of the English Way from Ferrol will be enough to get the well-deserved Compostela, 110 kilometres covered in 5 or 6 days. If we start from A Coruña we will not reach the minimum of 100 Kms. Both routes converge in Bruma where they join up to Santiago de Compostela.

Historically, this route was a communication route from Roman times that linked Astorga with Mérida. Different events throughout history caused this route to undergo modifications and expansions. Nowadays you can start from the south of Spain, specifically from Seville. It shares the last kilometers with the French Way. The long distances, the climate and lack of accommodation at some points make it a route not suitable for all pilgrims.

The Silver Route has a route of 705 kilometers, approximately 26 days leaving from Seville and passing through places of great history such as Mérida or Salamanca. There are two entry points to Galicia, either by connecting with the French route in Astorga or if we prefer we can choose to connect with the Sanabrés Way from Ourense, the latter is the most recommended option if you want to cover the 100 kilometres necessary to obtain the compostela in 5 or 6 days.

In addition to the aforementioned routes, there are many more, including the different variants of each route. Other documented routes are:

These are some of the more than 50 Caminos that exist in the Spanish territory without counting those found in the rest of Europe. And you, do you know any of these routes, do you want more information, would you like us to help you organize your way? If so, leave us your comment or contact us directly through the 981966846.