A journey that will take you into “the most picturesque region you can ever dream of”.

With this phrase the writer Emilia Pardo Bazán defined some of the places that you will discover in the Route of Padre Sarmiento. An itinerary of 190 kilometers that begins in the wonderful city of Pontevedra and skirts the coast through the municipalities of Poio, O Grove, Meaño, Sanxenxo Cambados, Illa de Arousa, Vilanova de Arousa, Vilagarcía de Arousa, and Valga to enter, following the river upstream Ulla in Pontecesures, to continue along the Portuguese Way to Santiago de Compostela.

Our trips of the Camino del Padre Sarmiento 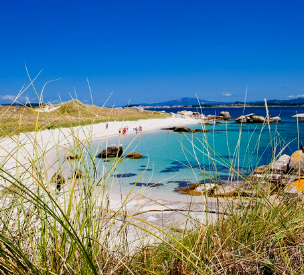 Information about the Route of Padre Sarmiento

The Route of Father Sarmiento has as protagonist the region of Salnés, one of the most important tourist enclaves of Galicia. In addition to its spectacular coastal scenery, the route of Father Martin Sarmiento discover its walkers history, tradition, culture, gastronomy and viticulture.

No doubt this is a perfect trip for sea lovers, who will be able to admire beautiful beaches such as A Lanzada, Sanxenxo or O Grove, many of them with blue flag. You can also enjoy a glass of the typical wines and the delicious freshly caught seafood offered by the local restaurants.

Where to start the Fray Sarmiento Route?

From Pontevedra, this route has a total of 190 kilometres that can be divided into 7 stages. A tour that you can complete in just 8 or 9 days.

Stages of the Way of Father Sarmiento

History of the Route of Fray Sarmiento

Who was Father Sarmiento?

The one known as Fray Martín Sarmiento, Father Sarmiento, was born Pedro José García Balboa in Villafranca del Bierzo in 1695. He spent his childhood in Pontevedra, where his father had moved to work. When he was very young, he entered the Benedictine order and studied Arts in the monastery of Lérez. At the age of 15 he moved to Madrid to take the Benedictine habit. He also studied Philosophy in the monastery of Irache and Theology in Salamanca.

He was a great defender of science and carried out a great variety of researches about Galicia. After embarking on a journey through the lands of Asturias and Galicia, he carefully wrote down his routes, which would later become a source of news, curiosities and future initiatives. His figure meant a new path for the study and teaching; being considered with Feijoo and Jovellanos, one of the greats in the field of didactics.

As for his relationship with Galicia, he always felt a great love for his land and language. So much so that he is nowadays considered as one of the most important enlightened men of Galician thought. He was the first scholar who was interested in Galician language and dignified it, not only as a study language but also in its colloquial use. In addition, he proposed the edition of texts and the creation of chairs for their teaching.

In 1745 he started a journey on foot that would take him to Santiago de Compostela. He wrote about this route in a valuable diary, the book Viaje A Galicia.

Origin of the Route of Father Sarmiento?

“On July 19, 1745 I left Pontevedra for Santiago surrounding the whole of O Salnés. I began my journey reflecting in these pages the great beauty of my land. I wanted to relive the essence of the beautiful places I had walked through. So, on my return to Madrid, I could remember them forever”. These were the words of Father Sarmiento on his pilgrimage along the coast of Pontevedra to Santiago de Compostela with the intention of winning the Jubilee.

More than two hundred and seventy years later, the route that Fray Martín Sarmiento started that morning in July, has been recovered thanks to the Mancomunidad de O Salnés with the aim of turning it into an alternative to the Camino de Santiago. 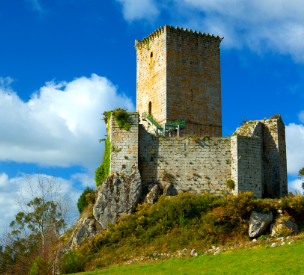 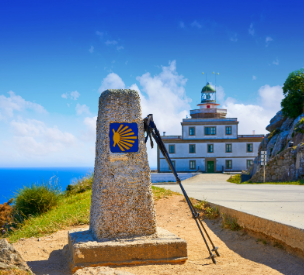 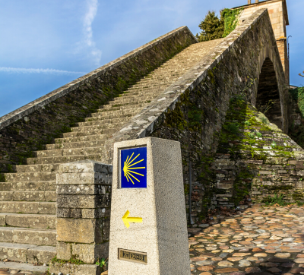 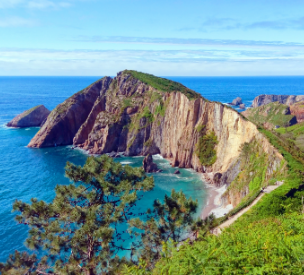 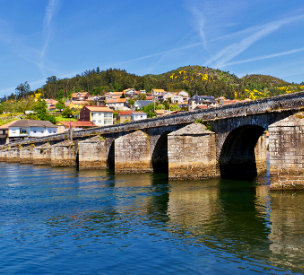