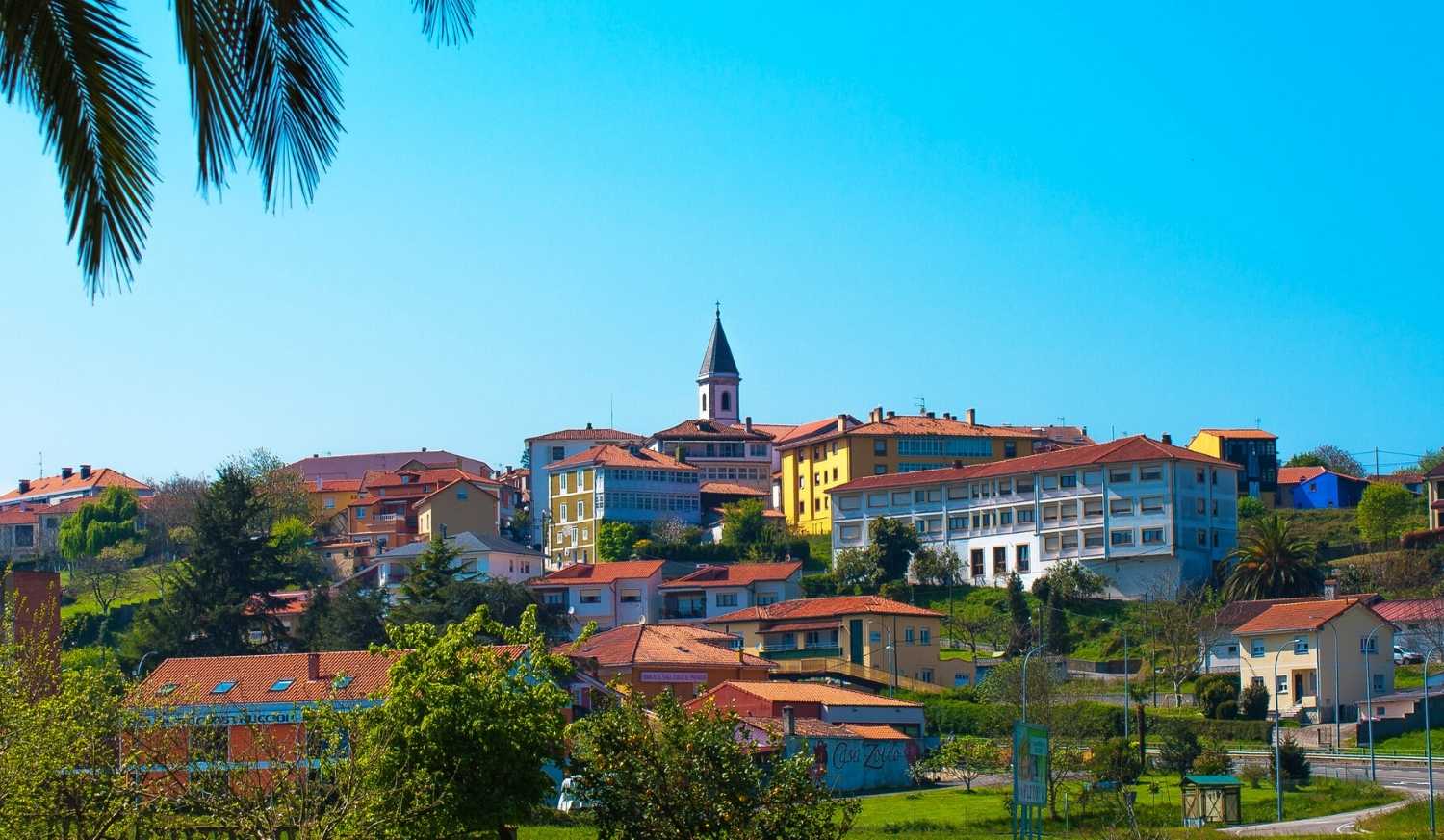 Muros de Nalon is the second smallest council of Asturias by extension, a beautiful corner of northern Spain with a strong tourist accent and located next to Pravia and Soto del Barco. From its Mirador del Espíritu Santo you can contemplate an impressive panoramic view of the Asturian coast and walking through its streets you can easily make out the history of the place, from the Middle Ages to the present day.

It is the ideal place to make a short stop on the way to Santiago de Compostela and enjoy the authenticity of an Asturian sea area with idyllic landscapes, interesting festivities and an exquisite culinary offer.

Thanks to the exploitation of its gold mines Muros de Nalon had a strong Romanization, this can be seen today in the town hall square of Muros where there are the remains of a building that is attributed to the Roman period.

In the Middle Ages the Church of Santa Maria was built and its central square was enabled, this was what gave rise to the current town of Muros. There are different traces of this period, as well as several architectural legacies of the Marquises of Valdecarzana who took over a large part of the area from the 18th century onwards.

The 19th century produced definitive changes in the history of Muros de Narón. First of all, the town was sacked by the French troops during the War of Independence, then the preserve of the house of Valdecarzana was destroyed in 1827. In more recent history there is a discreet passage through the Civil War and a subsequent industrial progress that would benefit the economy and lifestyle of the place.

What to see and do in Muros de Nalón

This city is able to conquer all audiences, since in addition to its valuable historical heritage it also presents a paradisiacal collection of beaches, an interesting artistic offer and the pleasure of tasting the Asturian gastronomy, which never disappoints.

A walk along the beaches

In Muros de Nalón you will find unforgettable landscapes, especially if you are a beach lover. Aguilar beach offers 640 meters of golden sand and clean waters with the prestigious Blue Flag. You can also spend some quality time at the charming Veneiro beach or be captivated by the vivid colours of Llanas beach.

You will have the Coastal Path of the Viewpoints to contemplate the landscape in its fullness, it is about 5 km long and runs from the end of Puerto de San Esteban to the beach of Aguilar. 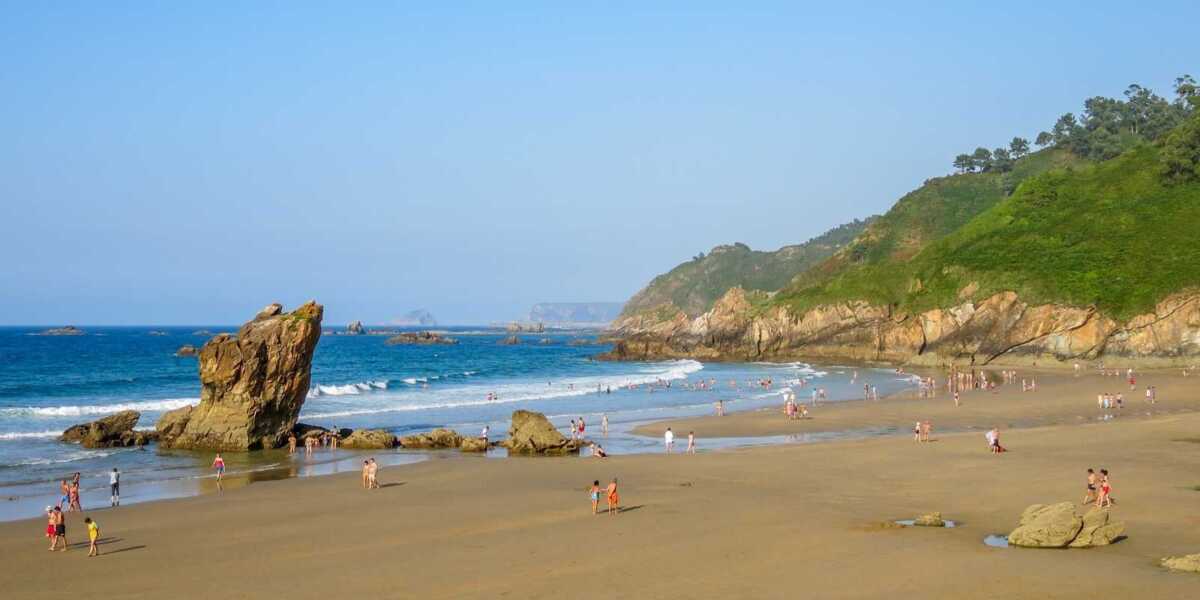 This captivating 15th century building is dominated by a square tower and surrounded by a wall. In the 16th century a plateresque doorway was opened in it and it was built in ashlar with a double arch formed by large voussoirs.

In the centre of this palace you will find the coat of arms of the Cienfuegos familyand other coats of arms around it, as well as the Cross of the Angels in relief. This is the most important historical monument in Muros de Nalón, so it is a guaranteed stop for lovers of this type of excursion. 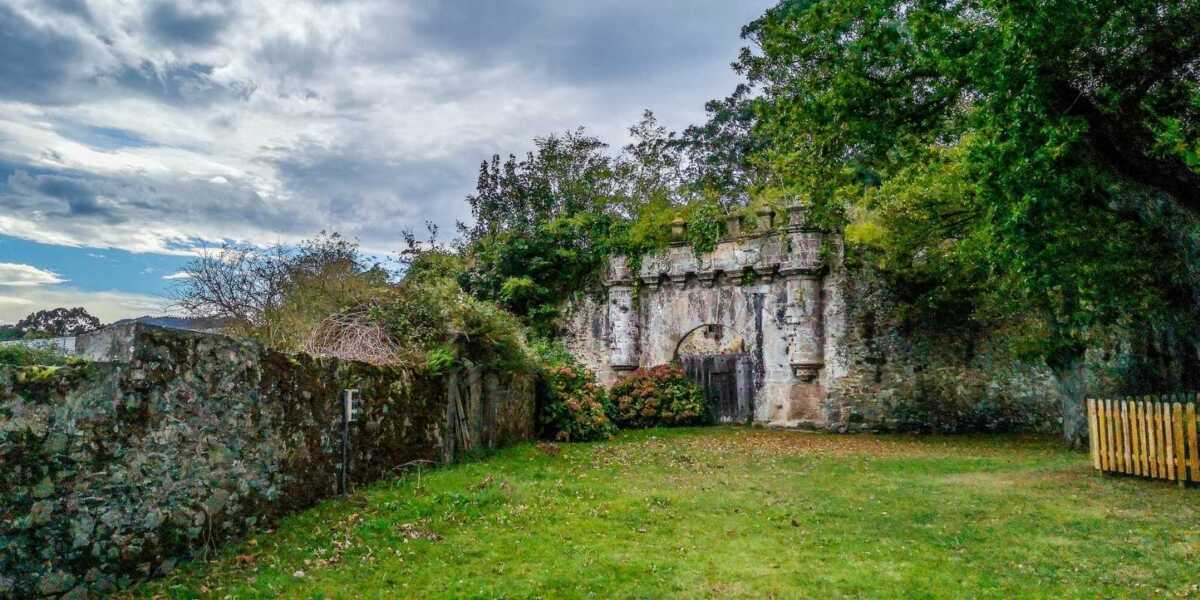 People who want to enjoy the diversity of gastronomy along the Way of St. James will have an excellent opportunity in Muros de Nalón if they are at this point during Holy Week, as the Pixín Gastronomic Festival is held from Maundy Thursday onwards. The anglerfish is one of the most valuable fish in the Cantabrian culinary tradition and can be enjoyed as never before in this celebration that pays tribute to it.

The festival includes a series of gastronomic days designed to be dazzled by this raw material. The official menu consists of starters of pixin, pixin in its varieties and desserts of the house. It can be tasted in a large number of establishments in Muros de Nalón and San Esteban de Pravia.

For those who enjoy the urban landscape and want to photograph every corner, it is more than advisable to pass through the Plaza del Marqués de Muros, with an elongated and irregular layout around it that is worth seeing.

It is presided over by the bust of Constantino Fernández Vallín y Álvarez Albuerne, first Marquis of Muros and great benefactor of the council. This square was built in the sixteenth century with the intention of hosting the market granted by Emperor Charles V, a market that is still held every Saturday and you can also visit. 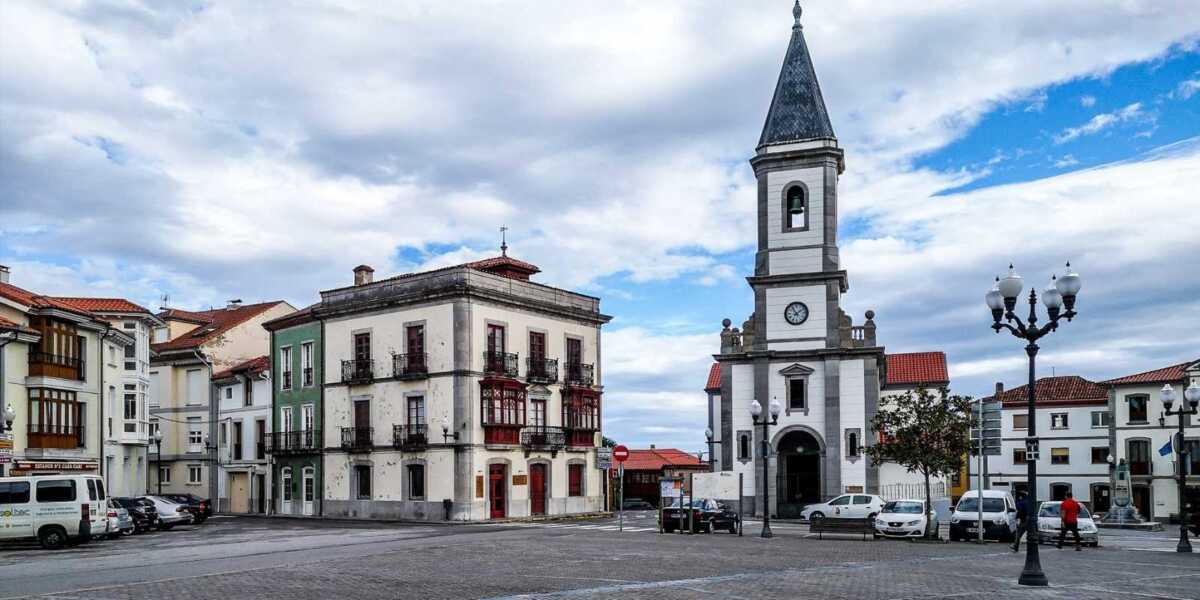