Today we start a stage with a lot of history from Lourenzá, in which the green landscapes of meadows and tranquility will dominate until we reach Abadín. The highlight of the stage is Mondoñedo, one of the seven capitals of the ancient Kingdom of Galicia. If you have never been here before, it is worth stopping to get to know this magnificent town.

We start the stage leaving Lourenzá by Mondoñedo Avenue towards Abadín. Be careful, we must be attentive to take the detour to the natural path of San Rosendo, passing behind the cemetery. After almost 2 kilometres of walking, we will arrive to Arroxo and then to Ogrobe. After walking for about 5 kilometres and having passed through O Reguengo, San Paio and the neighbourhood of San Lorenzo, we will arrive at Mondoñedo.

We recommend taking a break here to get to know and enjoy the locality.

Once we are ready to continue, we will face the second part of this stage. To leave Mondoñedo, we will have to decide whether to do it by the official road or by the variant that runs through the mountain. Fonte Vella is the place where the bifurcation takes place.

Official route: we leave Mondoñedo taking the turning to the left from Fonte Vella. In the first kilometers, we walk comfortably through the valley of Valiñadares, obtaining beautiful panoramic views. The points of reference along the stretch will be the hamlet of San Cayetano, Maariz, the chapel of San Vicente de Trigás, Lousada and A Xesta. 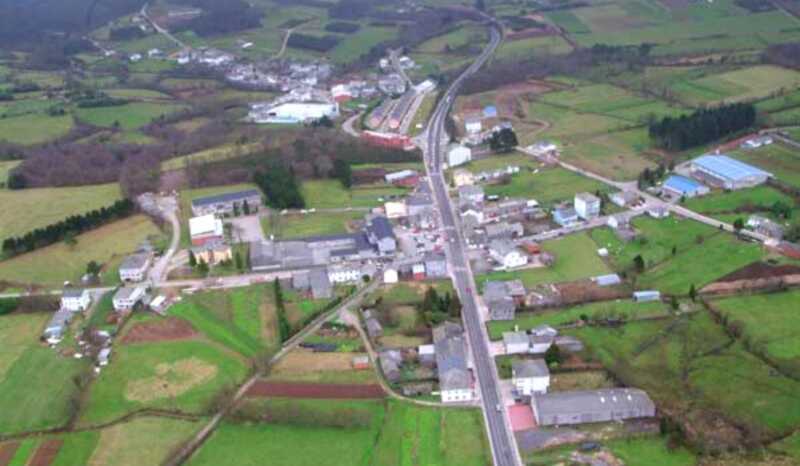 Variant through the mountain: when we arrive at Fonte Vella, we must take the detour to the right. This section is like a route through the bush, we will not find any services or towns. It is a little shorter than the official alternative, but as it has more slopes, the times are practically equal at the end. The high point of the route is the Alto de la Calzada de Cabana Vella.

In addition to the route described from Lourenzá, there is an alternative to the two routes described by the N-634 road to reach Abadín. Cyclists and people with reduced mobility often choose this option.