Throughout this stage we will enter the eastern Asturias. After leaving Colombres we will have the opportunity to discover one of the most significant and unique corners of the Asturian coast: the “Bufones de Arenillas”. Bufones de Arenillas they are spectacular! Finally our stage will end in Llanes, one of the most famous and touristic Asturian villages, which has been the scene of numerous Spanish films.

During this stage we will ride entirely through Asturian territory. We leave from the town hall square of Colombres towards the N-634 road, a route which connects with the town of Llanes. We will follow this road until we reach El Peral, and then La Franca.

From La Franca we will turn off between roads and dirt tracks a little to the south, until we cross the river Cabra. Once we have crossed it, we shall ascend again in a slightly upward direction until we meet again the N-634, which we shall follow until we reach Buelna.

Afterwards, once we have reached Pendueles, we will have to choose between continuing along the coastal path or following the official path that goes inland. We have a clear choice, the coastal path is much more spectacular. So, in the option of the coastal path we will walk from Pendueles to Vidiago passing by the beautiful beach of the town.

A little further on, we will have the opportunity to visit the spectacular Bufones de Arenillas.

Afterwards, we will cross the river Purón before arriving at Andrín, leaving the section of the path that runs along the coast. This stage offers us its last scenic gift at the viewpoint of La Boriza, after passing Andrín and before reaching Cue. From the viewpoint, we will have the opportunity to contemplate impressive views of the cliffs and beaches. In addition, we will be able to see Llanes in the background.

Now we only need to get to Cue and continue to Llanes following the N-634.

This stage runs along the Asturian coast from Colombres, and our final stage takes us to a place suitable for film buffs, and if you are passionate about cinema, you will be interested in the link between Llanes and this genre, through the project “Llanes de cine“. 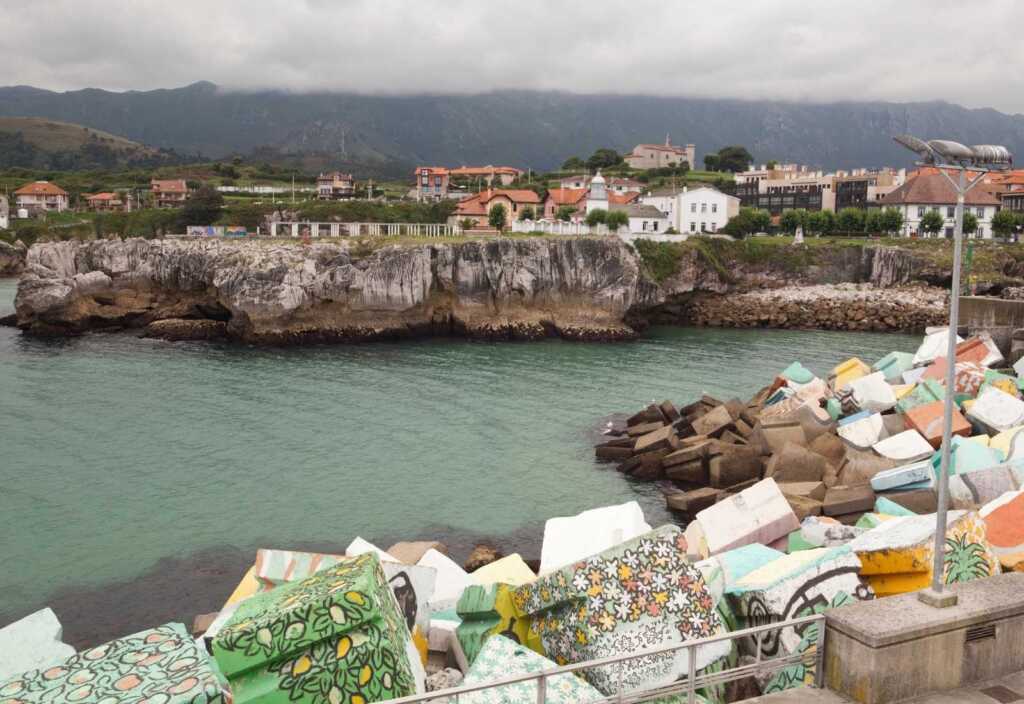 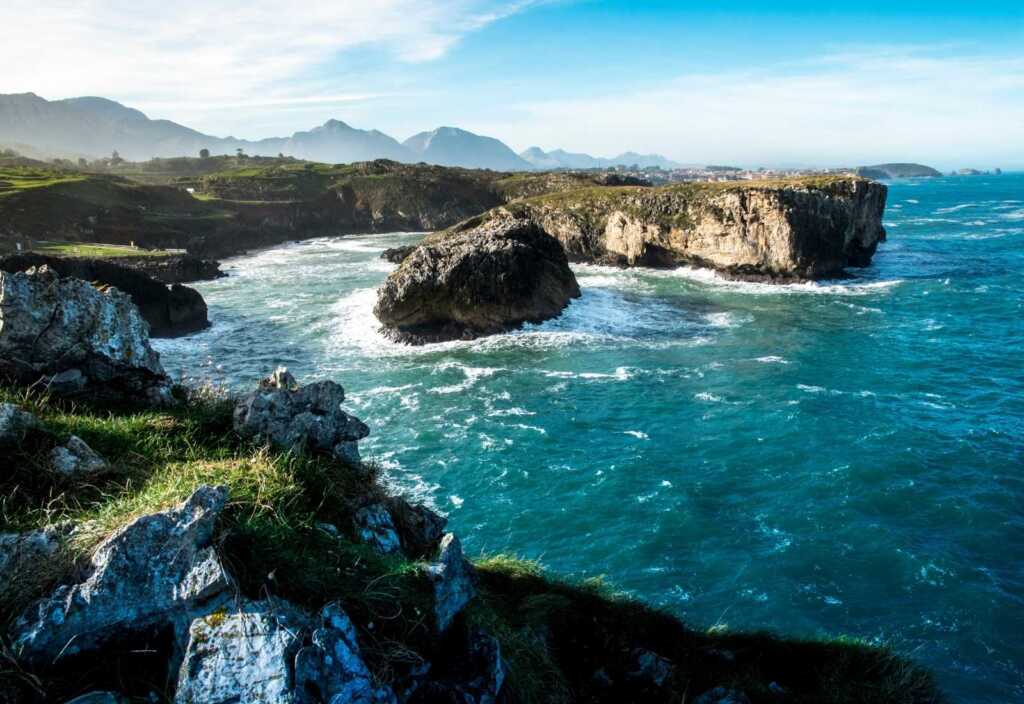 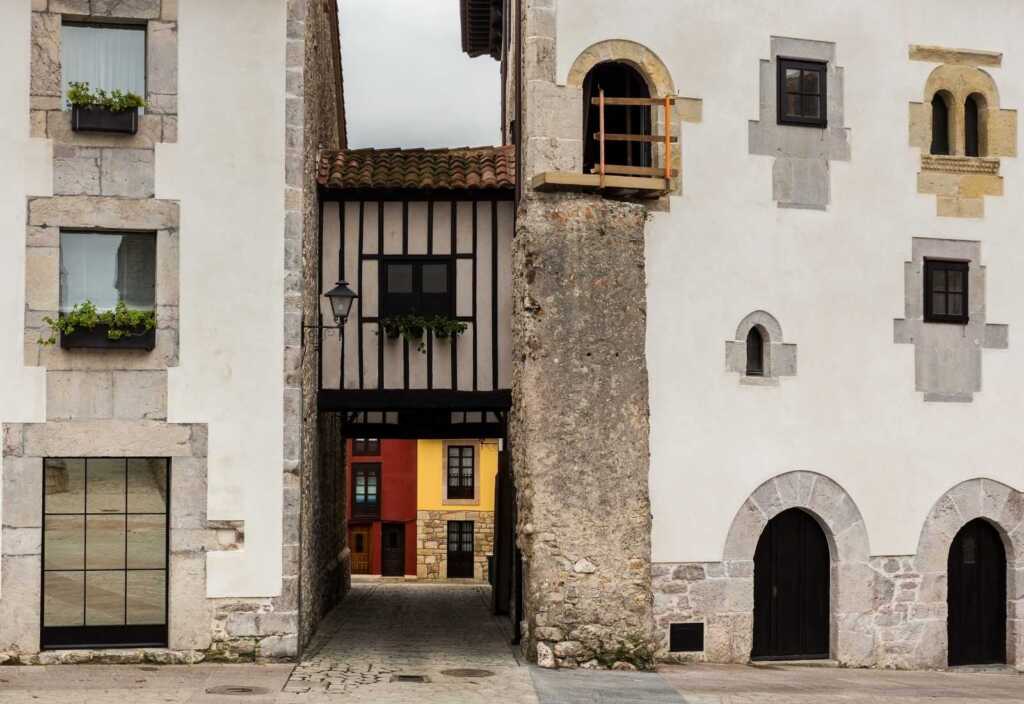 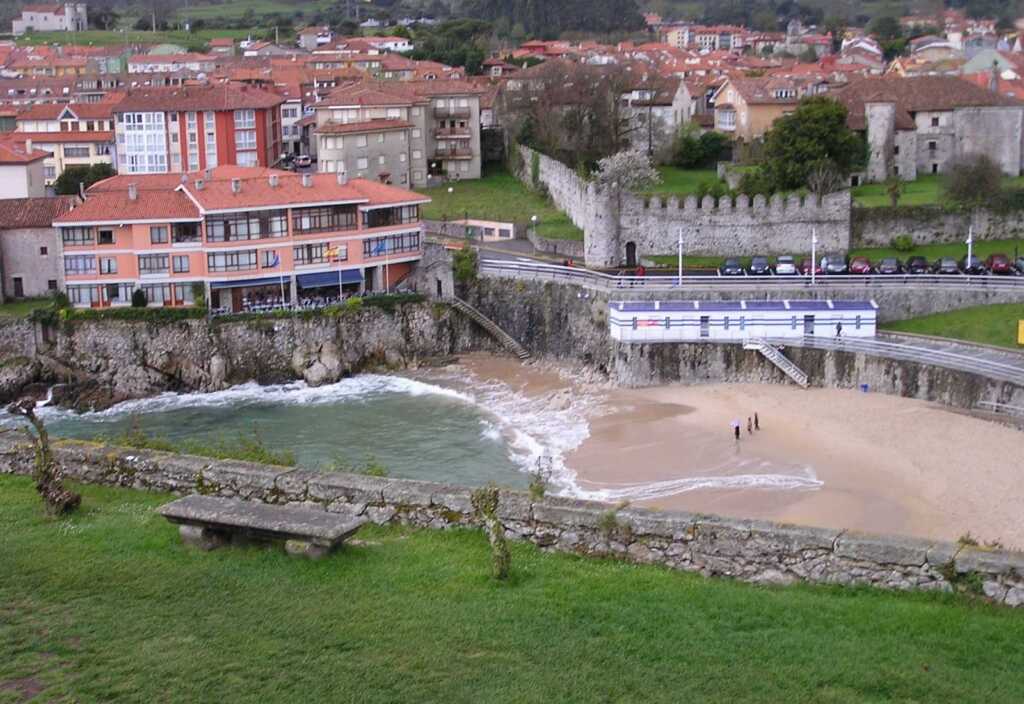 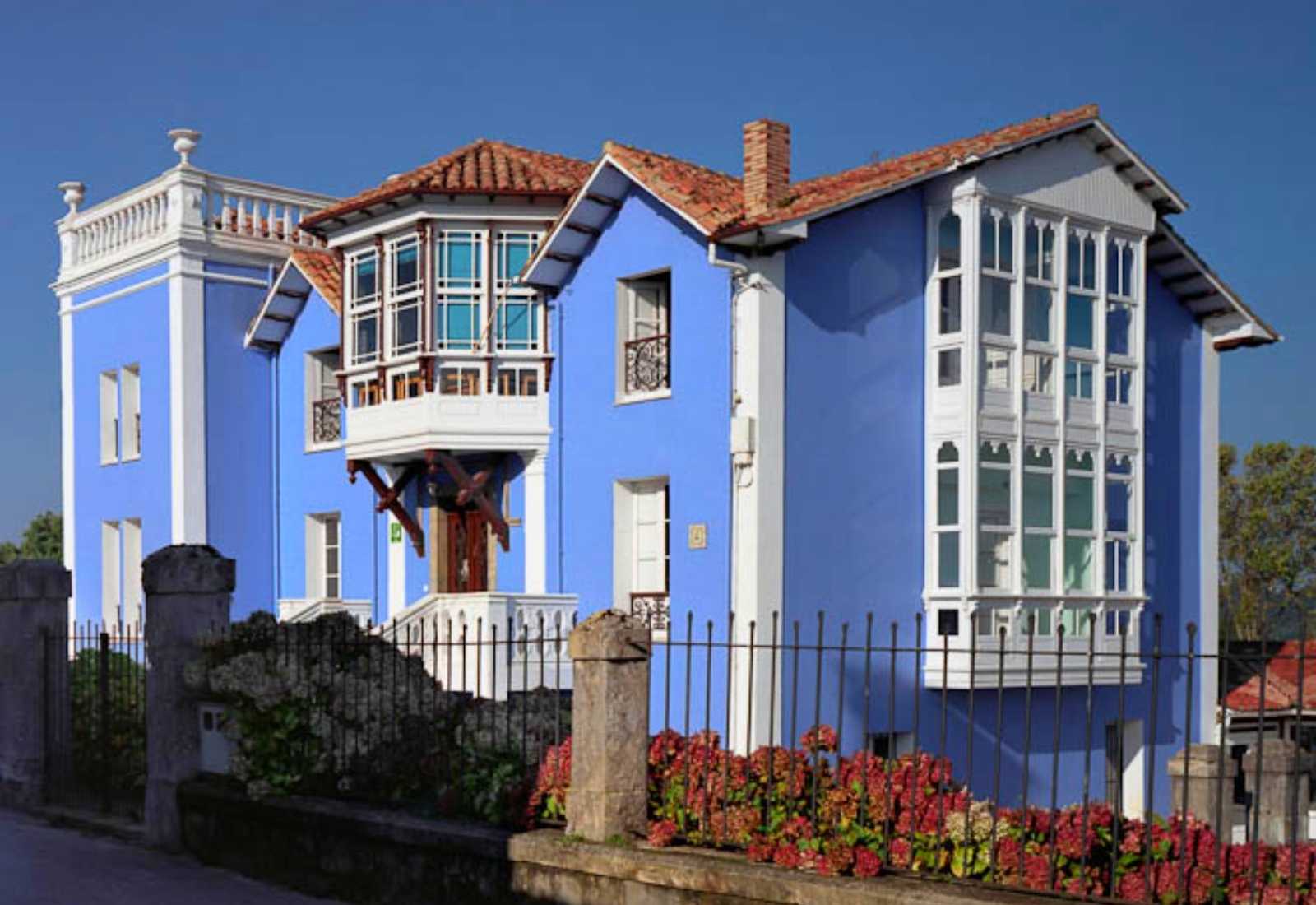 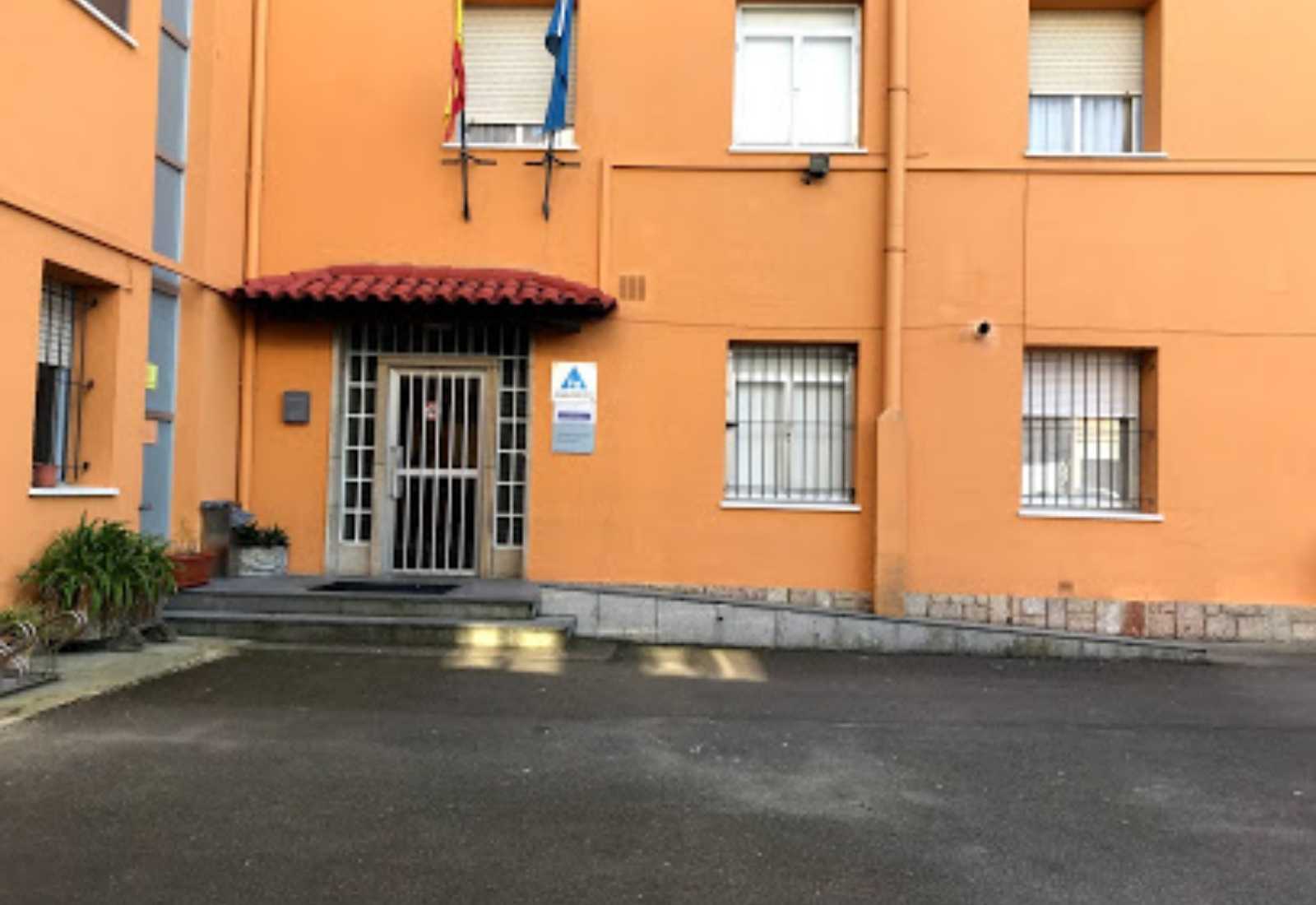 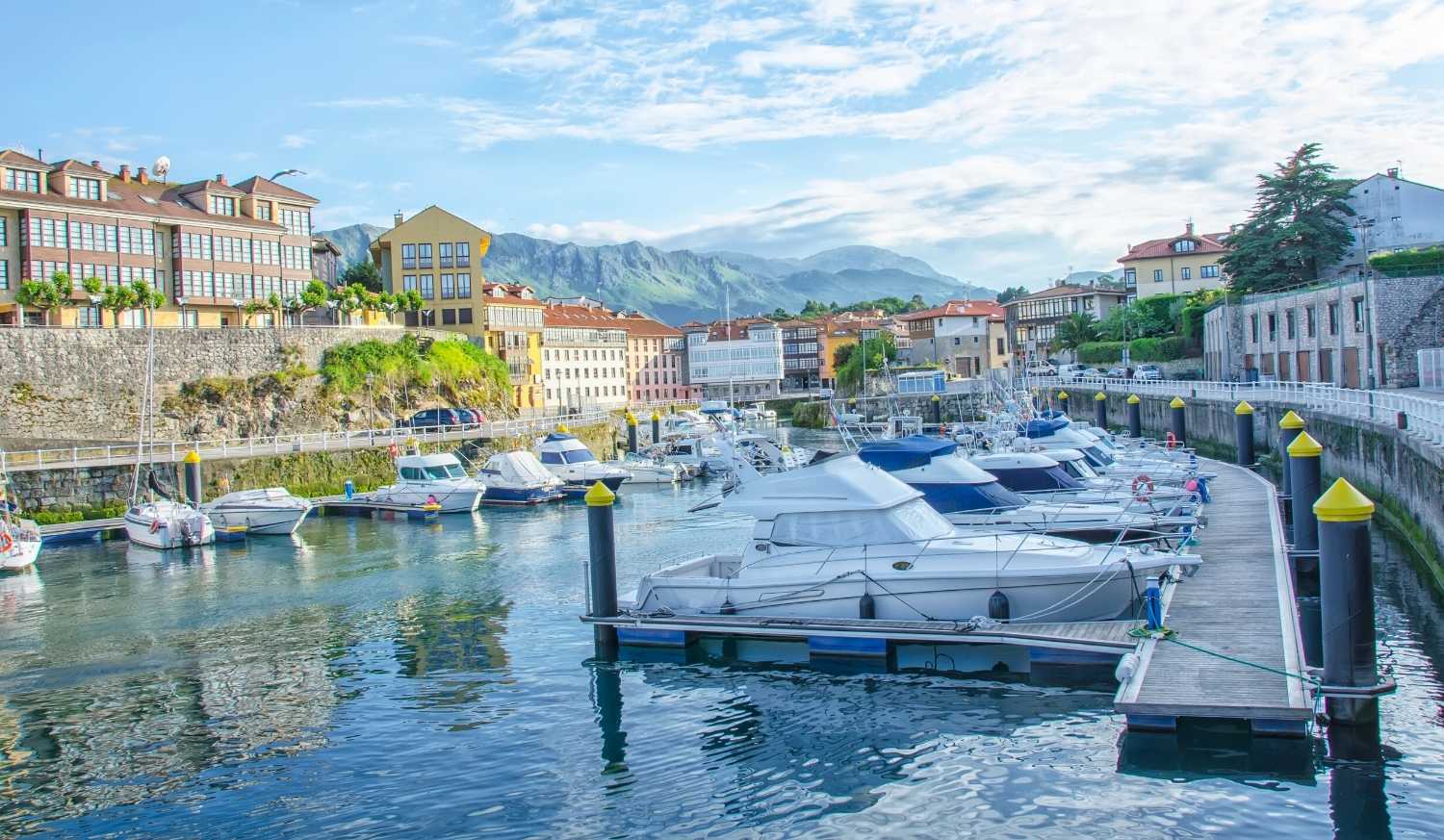