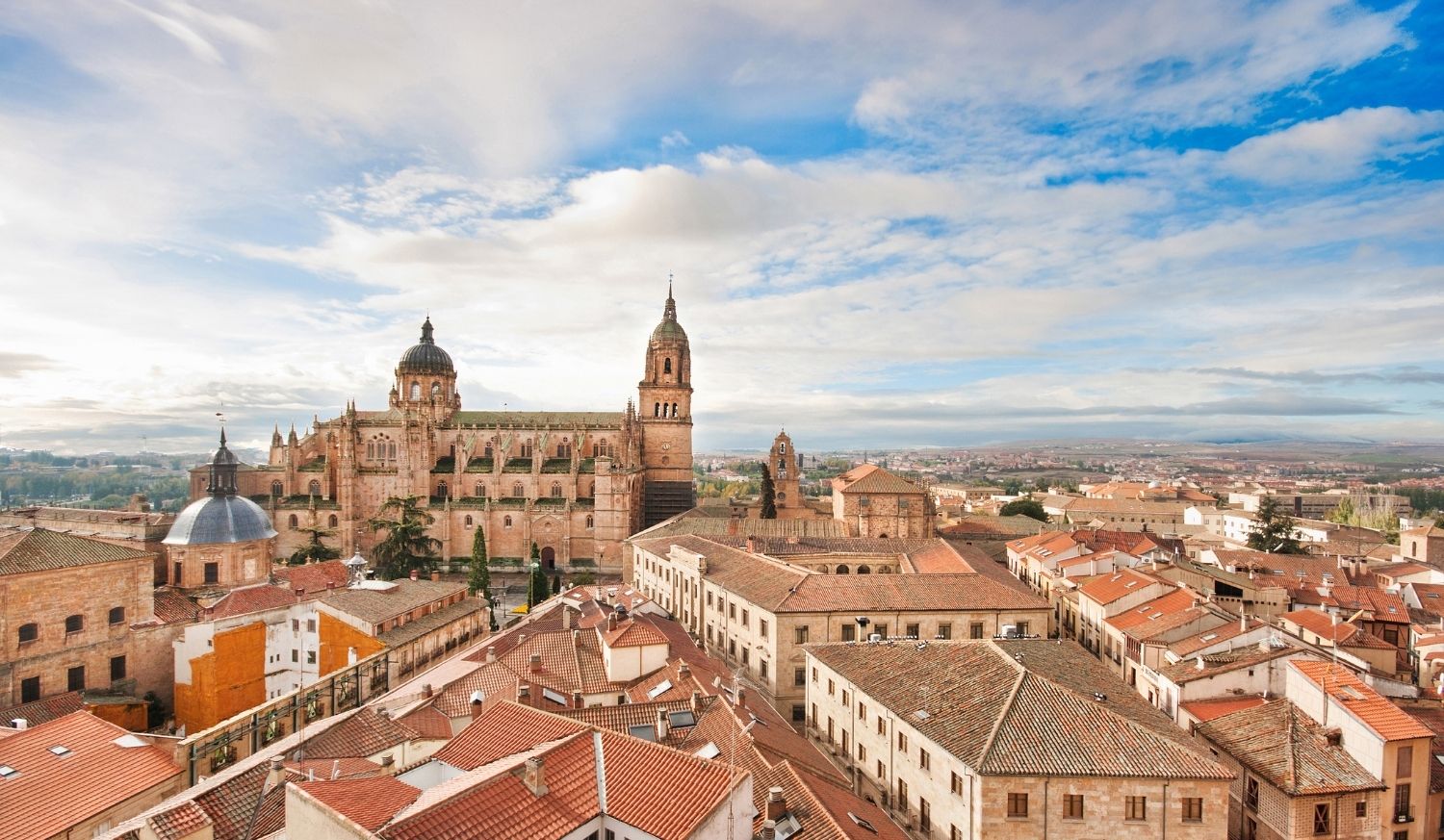 Salamanca is a beautiful city located in Castilla y León through which runs the Camino de la Vía de la Plata. It is known for being one of the most beautiful university cities in the country, with its youthful and lively atmosphere. It has a historic center that enchants any visitor, an unforgettable architectural heritage and a gastronomic culture worth tasting.

What to see and do in Salamanca

The convent of Las Dueñas

We start with the essential religious heritage of Salamanca with this convent of Las Dueñas. Since its foundation in 1419, the nuns of this place have dedicated their whole life to prayer, study and work. The beautiful cloister that it possesses amply demonstrates this life of retreat and provides a striking aesthetic beauty. 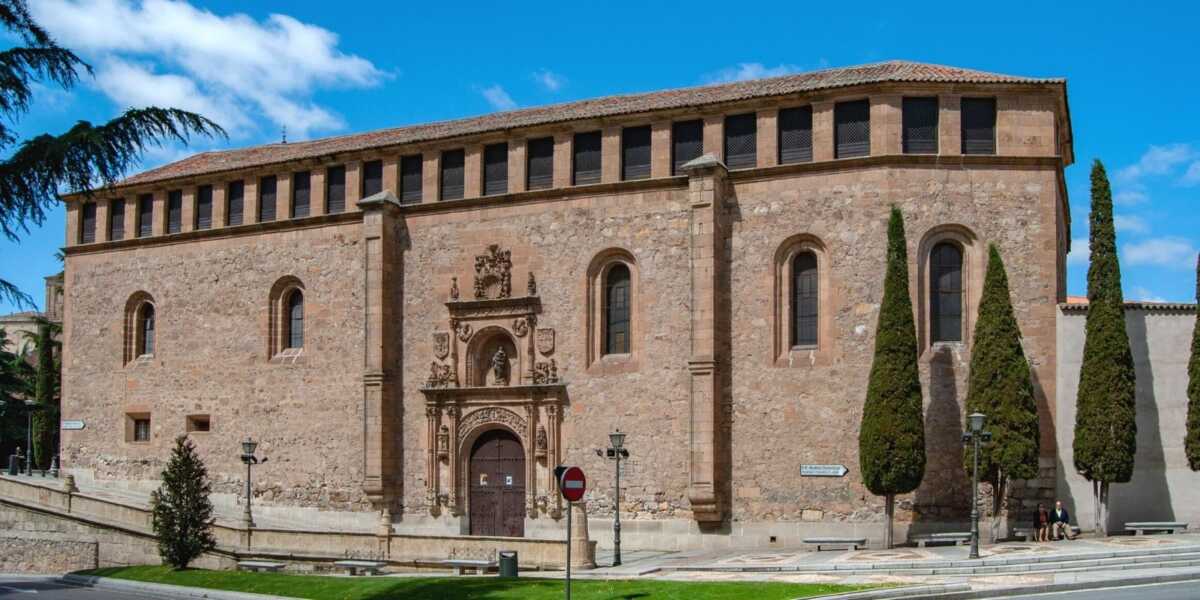 The Playa Mayor is one of the most important visits when passing through this beautiful city, as it is one of the most beautiful squares in the country and one of the fundamental baroque monuments of peninsular architecture. It has the appearance of a typical Castilian square and is a traditional meeting point for the people of Salamanca. It has been declared a National Monument since 1935 thanks to its decoration, its impeccable proportions and its harmony, superior to all those of its time. 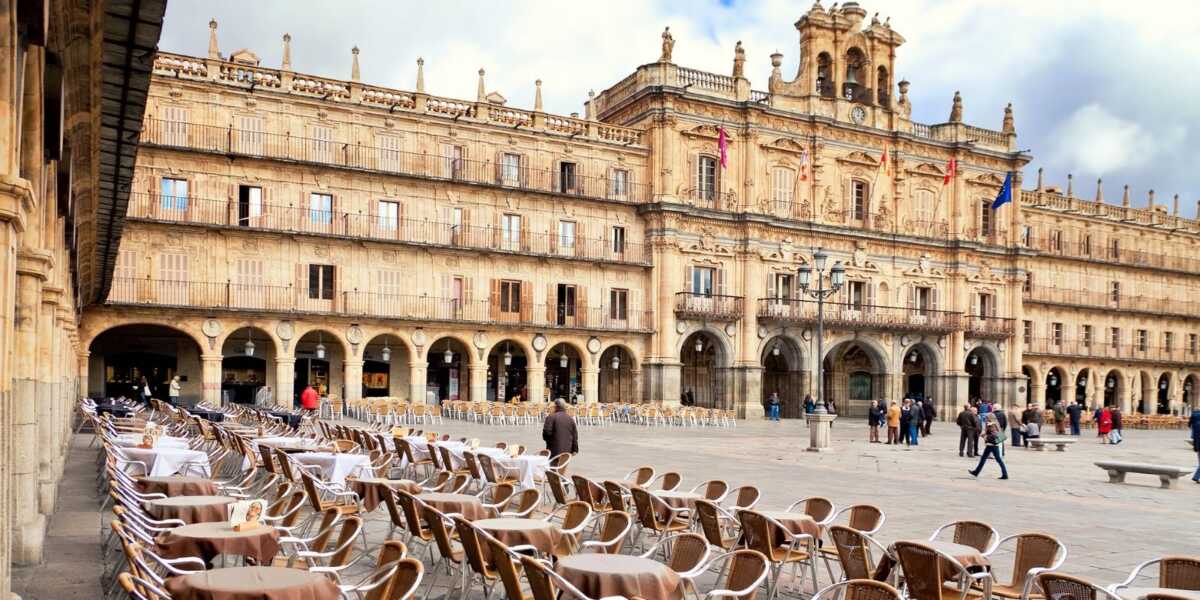 The church of San Benito

The parish church of San Benito was established around 1104 in the old Romanesque church. This interesting temple is linked to the nobility of Salamanca and was reformed in 1506 by Maldonado y Acevedo. Inside you can contemplate the main pantheon of this family. The coats of arms of their surnames are located on the façade and on the buttresses of the exterior.

The House of Shells

It is one of the most popular palaces in Salamanca and is an excellent example of Spanish civil Gothic architecture. It was built in the last years of the 15th and first years of the 16th century, under the order of Don Rodrigo Arias Maldonado, a personage related to the Catholic Monarchs and knight of the Order of Santiago. This is why the shells are the main decoration of the façade. The cellars of the house were converted into rooms where the students of the University paid the punishments imposed by the Master-School. Nowadays this space houses a public library and an exhibition hall, so they can also be visited. 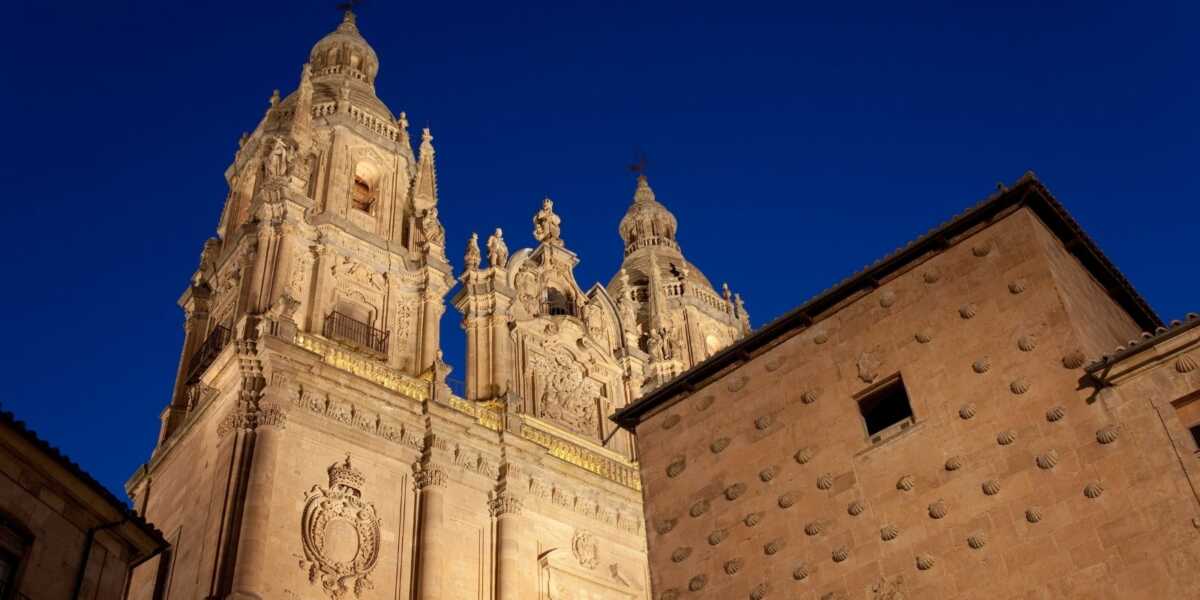 The church of San Marcos

This temple was built next to the new city wall in 1178. It is next to the Puerta de Zamora, in the Castilian quarter. Its exterior image is not very usual, since it has a circular plant and its interior does not leave indifferent either. The church has an interior with three apses and three naves as if it were a basilica building. In 1968, during the restoration of the church, some mural paintings from the 14th century were found, a Romanesque altar table that was hidden behind an altarpiece and the Gothic Christ that currently presides over the main altar. 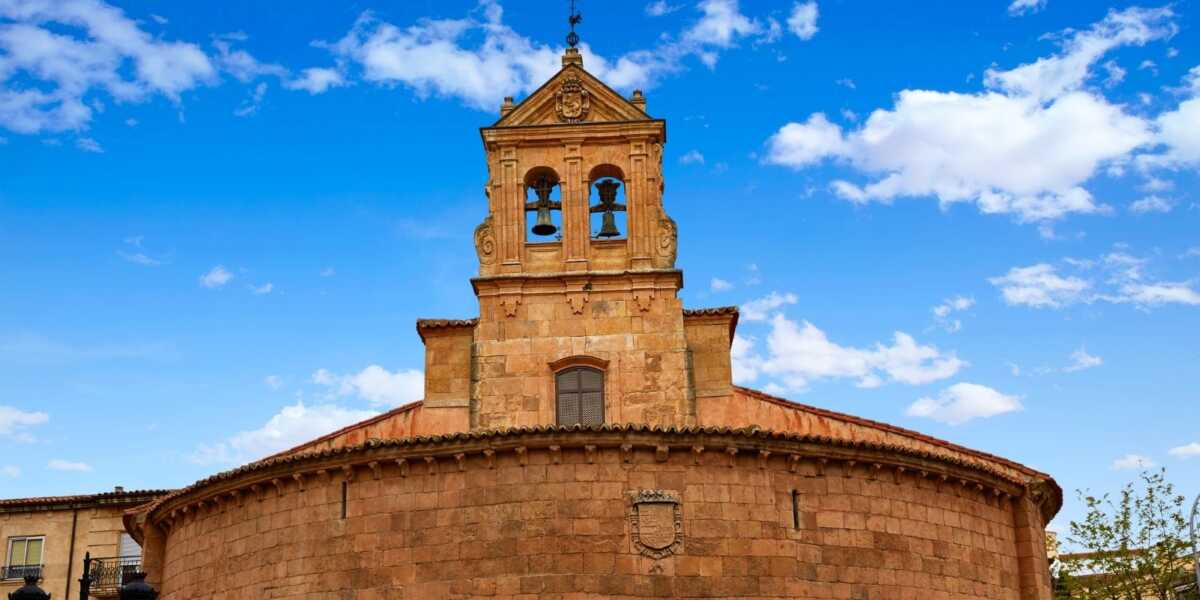 The University of Salamanca

If something identifies the city of Salamanca both in its atmosphere and in its aesthetics, it is the presence of its university, crucial to understand the essence of this town. It was founded as a study around the year 1218 by decision of the King of León Alfonso IX. Later it was officially confirmed as a University in the Magna Carta granted by Alfonso X in 1254.

Its period of greatest importance took place in the 15th and 16th centuries, when it was at the head of the European universities. It is currently the oldest university in Spain. The Fray Luis de León classroom, the reliefs on the cloister staircase and the library are some of the highlights of its interior. The latter was founded in 1254 by Alfonso X the Wise and treasures numerous manuscripts and incunabula of great value. 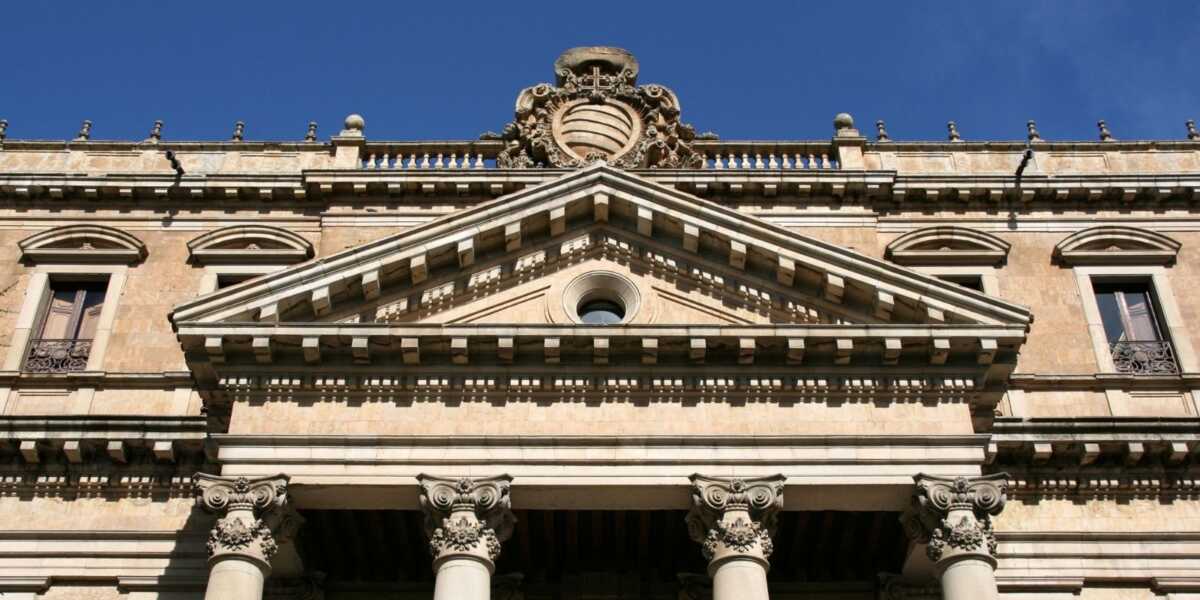 The Old Cathedral and the New Cathedral constitute a historical-artistic set of great importance in Salamanca. When you enter the Old Cathedral you embark on a journey into the past, this Romanesque temple revives an ancient, medieval spirit. It began to be built around the year 1509, in the context of a society at war where the flagship value is that of the holy warrior. When it became too small towards the end of the 15th century, the creation of a new one was considered. Thus, in 1513 the construction of the New Cathedral began, one of the last Gothic cathedrals in the country. This religious building is able to reflect different architectural styles. Today it is still the largest and tallest building in the city. 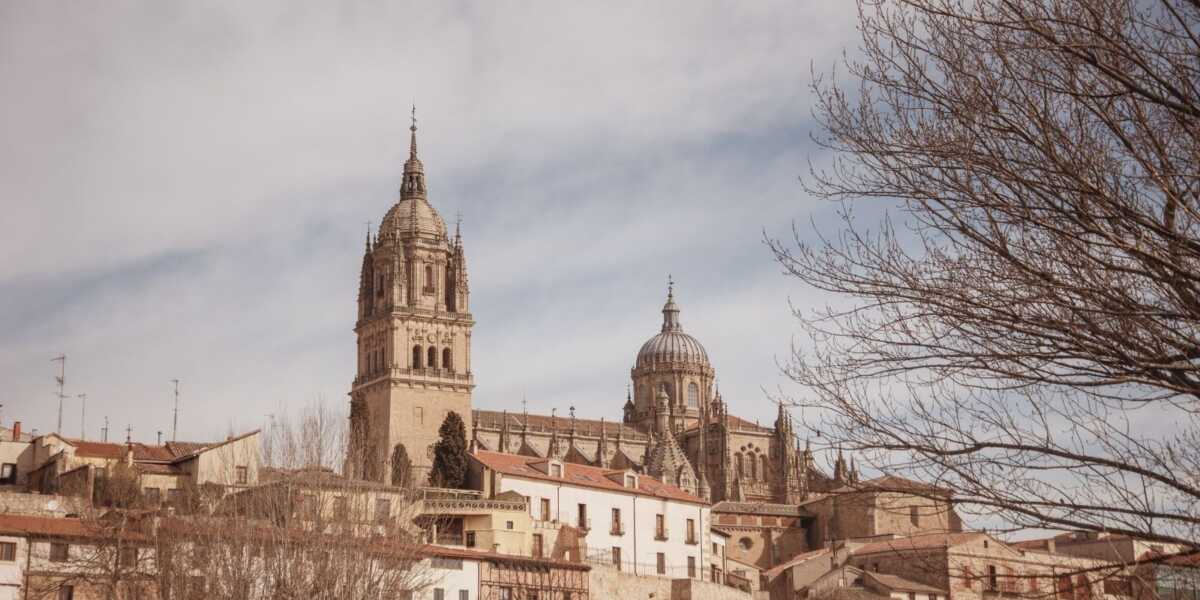