The end of each Camino; all the pilgrim’s certificates.

Every pilgrim has a main reason for starting out on the Camino de Santiago, a personal will that leads him or her to make the pilgrimage to Santiago de Compostela. Most of them, as a souvenir and as a guarantee of having completed the pilgrimage, want to take home the certificate that proves that they have completed the pilgrimage. This, as you know, is called Compostela, but it is not the only one of the documents that exist in the different pilgrim routes. In this article we are going to know the main pilgrim certificates that exist in the Jacobean routes of Spain.

Certification of the pilgrimage

When the pilgrimage to Santiago de Compostela began, from the 9th century onwards, the figure of the pilgrim took on a certain importance and an attempt was made to protect him as a faithful believer who tried to redeem himself by visiting the relics of the apostle St. James the Greater. Travel in medieval Europe was a bit dangerous, but pilgrimage, with its religious motivation, was protected by the Church and the theocentric society of the time.

The figure of the pilgrim is thus that of a sinner seeking to redeem himself, and was therefore very much protected in the Middle Ages.

Not only was the pilgrim protected by the building of hospitals, bridges and other infrastructures that facilitated his journey, but he was also given security, for example with the creation of the Order of the Temple, the “police” of the medieval pilgrim.

In addition, when they reached Compostela, they continued to Finisterre to visit the holy places and get a scallop shell, as this would serve as proof of having visited the tomb of St. James and the lands where he preached. Even later on, these shells could be found in the same Jacobean city, in the current Concheiros Street (the name says it all). 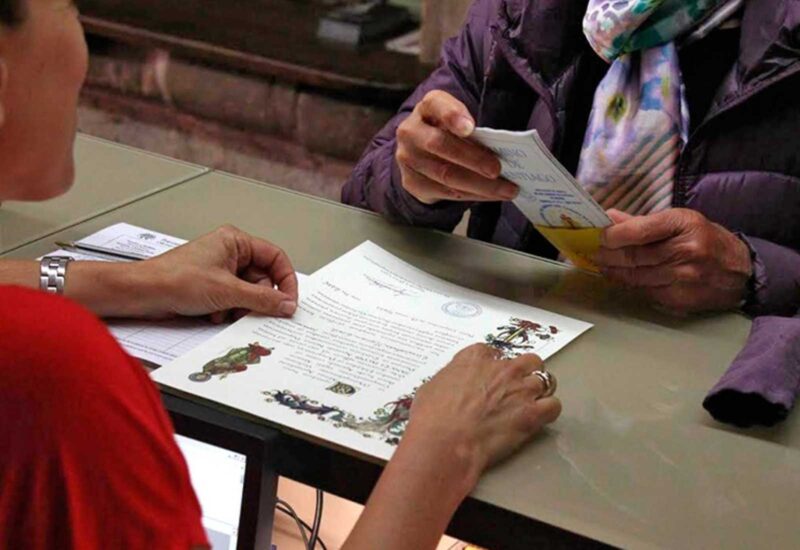 Depending on the path we take, we can always get a certificate, proving that we have fulfilled the established requirements. Sometimes we can even get more than one in the same path. Let’s see them.

Of course, you have to start with the Compostela, which is obtained by walking the last 100 kilometres of an official Jacobean route, a document that the pilgrim receives with the Jacobean blessing in Latin and signed by the Dean of the Cathedral of Santiago de Compostela. Its origins date back to the 13th century, as the Church realised that it was very easy to get a scallop without having to make the journey, and decided to issue pilgrims with a letter of proof of their pilgrimage so that they could return home safely. Click here and we will tell you how to get it and its history.

Besides, apart from the Compostela, in the same office they offer you the possibility of getting the Distance Certificate, a document that certifies where the pilgrimage started from and how many kilometres have been covered. Available since 2017, in this case this document has a cost of 2€.

The Perregrine or canine Compostela

Our furry canine friends are very good companions on the Camino de Santiago, and it is a very nice do the Camino with your dog is a very nice experience that also rewards your best friend. The Association Protectora de Animais do Camiño (APACA) wants to facilitate the pilgrimage with a dog and since 2018 has made available a canine credential and its respective certificate, the Perregrina. Both have a cost of 3€ each, and you can get them in their physical location or online.

If, on the other hand, we are doing the Way of Saint James of Finisterre and Muxía we can get two certificates: the Finisterrana in Finisterre, and the Muxiana in Muxía. For both there is the same credential, which is unique to this path and we will have to go stamping and dating. Once we arrive at these localities, either in their public hostels or in their tourist offices we can ask for these certificates free of charge.

In Santiago de Compostela we can also get another document, known as Cotolaya, a document with the Franciscan blessing that can be obtained in the Church of San Francisco, very close to the Cathedral of Santiago and the Plaza del Obradoiro. This document, free of charge although donations are accepted, has been issued since 2014, which commemorated the 800th anniversary of the pilgrimage of St. Francis of Assisi to Santiago de Compostela and even edited a Franciscan credential, although today it is also issued with the Jacobean credential. The name Cotolaya comes from the legend of San Francisco and the charcoal burner Cotolay, who welcomed the saint in his house and who was entrusted with the construction of the present convent. 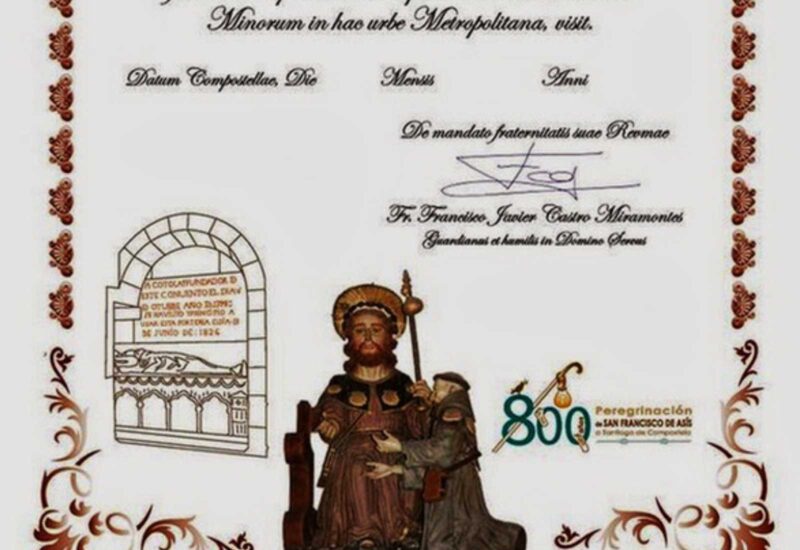 In the Portuguese Way of St. James the pilgrim can get an extra certificate. On their way through Padrón, this road, as well as the Portuguese Way along the coast or the Spiritual Variant gives the pilgrim the possibility of obtaining the Pedronia a document issued either at the public hostel or at the Tourist Office of this town to the present the credential and visit the Jacobean places of Padrón: the Church of Santiago and the Set of Santiaguiño do Monte. This is a document issued by the City Council of Padrón since the Holy Year 2010 and it is completely free.

This certificate is obtained by walking the Camino del Salvador, which goes from León to Oviedo. First you need to get your own credential of the Way of El Salvador in one of the hostels in the province of León. It works in the same way as the Jacobean credential in terms of stamps, and once in Oviedo, you can get the Salvadoranaat the Cathedral of San Salvador de Oviedo (4€) and at the pilgrims’ hostel in Oviedo (2€). 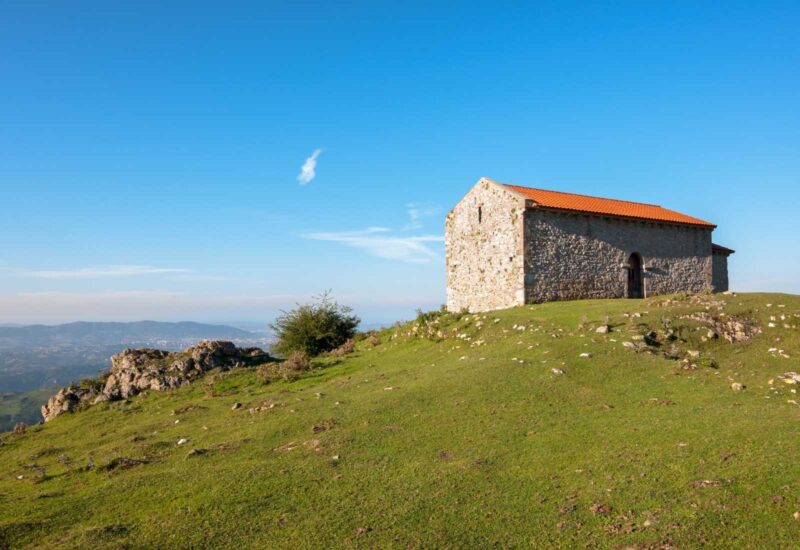 The equator of the French Way of Saint James in the Iberian Peninsula is in Sahagún (León), and for this reason, in its Sanctuary of the Pilgrim Virgin or in the Casa de la Cultura of the town hall the pilgrim can get another certificate, the Carta Peregrina, free of charge although donations are accepted.

This certificate is typical of the Ignatian Way, the route that Saint Ignatius of Loyola took in 1522 from Loyola (Guipúzcoa) to Manresa (Barcelona), to embark for the Holy Land. It has its own credential (0,5€), and can be picked up at any institution linked to this route in any of the cities it passes through. It works like the Jacobean credential, although only one stamp and date per stage is enough. For its part, the certificate issued, the Ignaciana, can be picked up at the end of the route, in Manresa, or at Loyola itself, and has a cost of 0.5€. 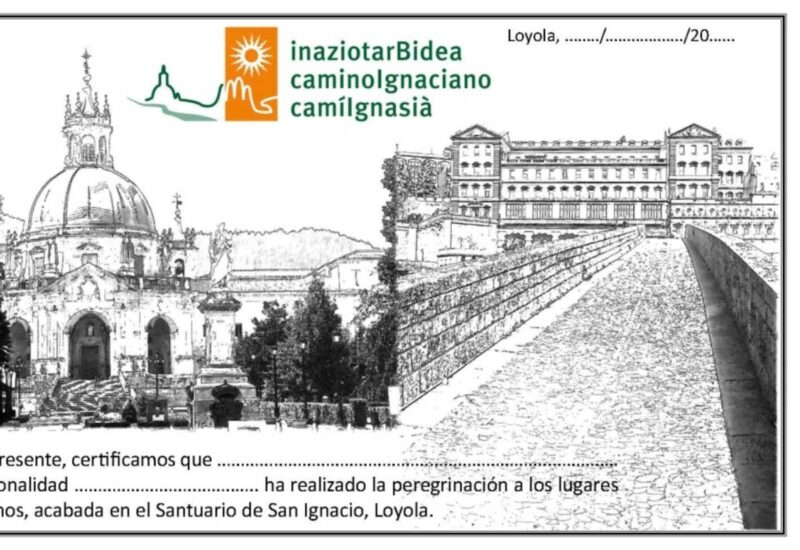 The roads to Santiago are a real “pilgrim’s library”.

As you can see, there are many existing certificates, and maybe we have missed some more; if you know of others, let us know below. If you haven’t got any yet, we recommend you to start with the first one, the Compostela, which you can get by following one of the official routes of the Camino de Santiago and arriving in the capital of Santiago de Compostela. Even, if you want us to take care of it, sign up for any of the different organized groups that we have prepared for you in this coming Holy Year 2022. You know, we love to make the Camino de Santiago easier for you.