The Way of Saint James from Madrid

Stages of the Way of Saint James from Madrid

According to the Jacobean tradition, the pilgrimage begins at the door of one’s home, and this path is truly faithful to it. The Camino goes from the capital of Spain, to the town of Sahagún, a route of a total of 323 divided into 12 or 13 stages, and from here it joins the French Way. Here are the details:

Perhaps the first stage of the Camino is not the most beautiful of the route in terms of scenery, since except for the city of Madrid, the rest lacks scenic interest, however, it should be noted that this is precisely what makes this stage peculiar, as it is not something that is repeated in the following stages.

Leaving Madrid we will have to go along the gully that runs alongside the train tracks and the bike path, arriving at the end of it to the town of Tres Cantos.

This stage starts in Tres Cantos and has a length of 25 kilometers, so as you can see the first two stages have a certain level of demand in relation to the distances to be covered.

The route starts in the meadows to reach the stream of Tejada and finally reach Manzanares el Real, which is a beautiful village crowned by a large reservoir and unparalleled views of the Sierra de Guadarrama. If you have time, it is worth visiting Soto del Real, a village just a few kilometres away. 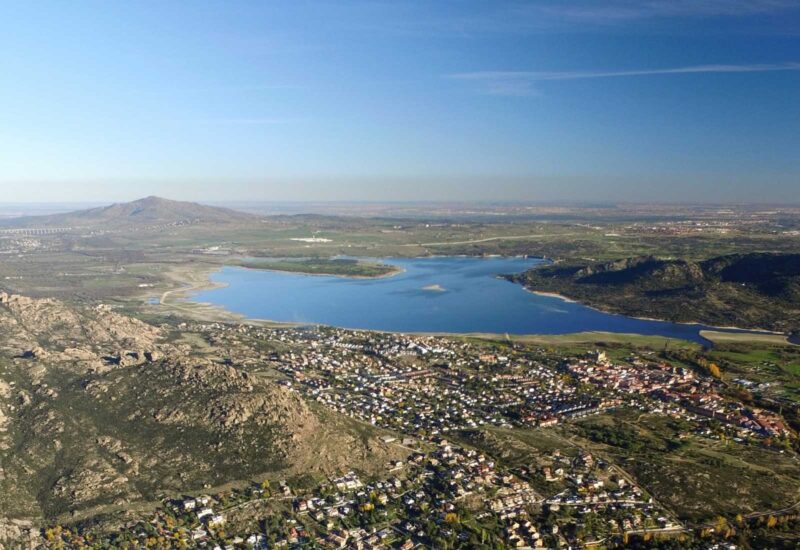 This stage is a little shorter, about 20 kilometres, in which we can enjoy the extraordinary views of the Sierra de Guadarrama. We will visit villages such as Mataelpino, which has a hostel, and Cercedilla, which has hostels, although the youth hostels on the outskirts are the best for young people.

This stage stands out for its hardness so you have to be careful. It is 30 kilometers, which will take us about 30 kilometers to cover. We have to take into account that we have to overcome a 600 meters difference in altitude, to later descend 800 meters. We recommend being careful on the descents, as this is when most sprains occur due to overconfidence.

This is considered the queen stage, because of its difficulty, however, it is worth it, as it is the one with the most beautiful landscapes of the whole route. It is advisable to leave early so that it doesn’t get dark and in this way we don’t have to run in the last stretch because it gets dark.

It should be noted that in this stage we will be able to know the fields of Castilla, which if it is true that they do not have the greenery of Asturias or Cantabria, it is also true that they have peculiarities that make them unique. However, we must be careful in summer with the sun as we are quite exposed to sunlight. 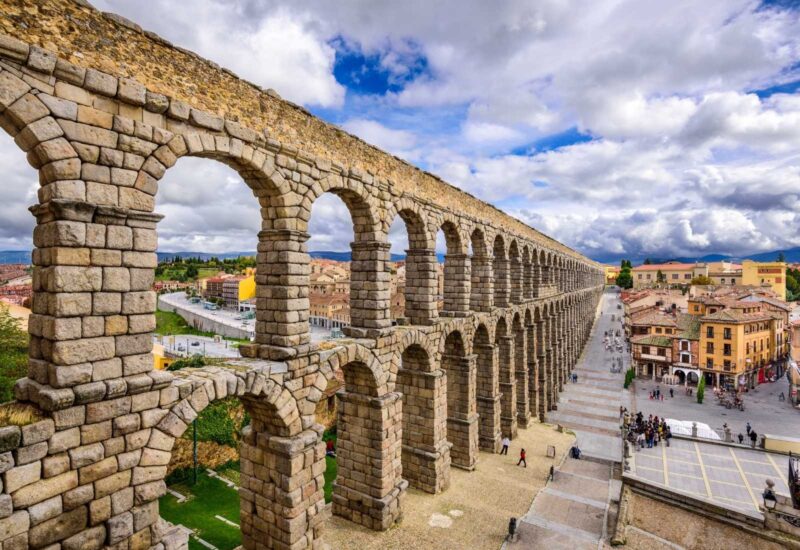 At the end of the day we can visit the Monastery of Santa María la Real de Nieva, whose cloister has 87 capitals.

In this stage, which lasts 22 kilometers and can be covered in about 6 hours, we will finally meet with the lands of Valladolid and end up in Coca, which is the birthplace of Theodosius the Great, which as you know is known because it is the last emperor of the Roman Empire before it was divided between his two sons.

Note that in Nave de la Asunción there is a small shelter that can make the areas of shelter in the sports center, which is useful if you catch the night, however, you have to warn before if you want to sleep there.

This stage lasts 24 kilometres and takes about six hours to cover, so it is advisable not to stop, but neither should you do the stage running as you will miss the views of the pine forests that crown this route.

One precaution you should take into account is that if you find yourself in any of the stages with herds of cattle you should be careful with the mastiffs, as they are very respectful dogs until you get into what they consider their territory. Don’t play with the cattle as they will attack you, most likely.

This stage of 25 kilometers has a duration of about 6 hours, so again we recommend you not to stop too much but not to run either, it is not necessary. Note that there is only one population centre between the two points: Valdestillas, which is almost at the end of the route, so you must go with sufficient means to get there.

This stage is of medium difficulty, it is about 27 kilometers long and can take about 7 hours to cover, so be careful not to let it get dark. 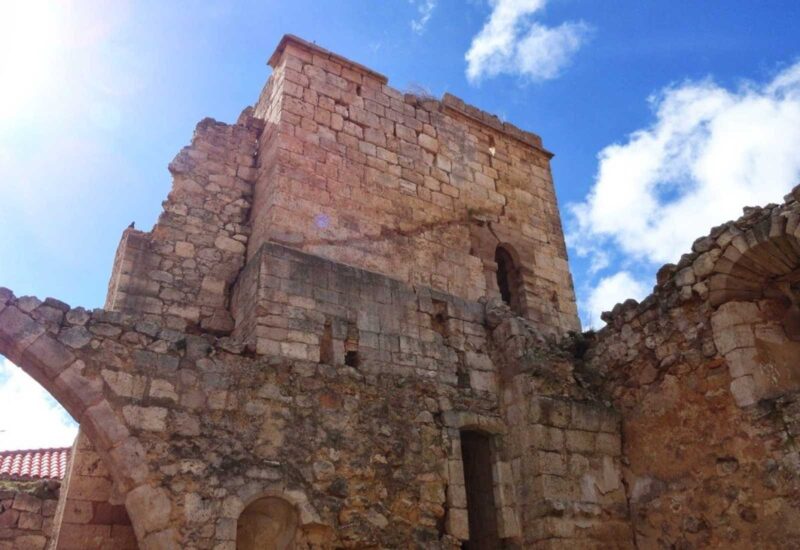 The first town we will reach is Simancas, but first we will have to cross the Pisuerga river through the medieval bridge. In this stage among other curiosities we can see the statue of the Visigoth king Wamba, who was elected in this town, hence the name of the same.

This stage is easier than the previous one as it takes less time. Just think that we have already gone well over 100 kilometres and therefore every kilometre is noticeable. It takes 24, 6 hours and we will be able to see many monuments in Medina de Rioseca, which was an important city in the past, known as the City of the Admirals of Castile.

The best path is the one that runs next to the Canal de Castilla, as it is the one with the most shade, which is especially appreciated in summer. To point out that it is advisable to visit the Tower of the Conjuradero which is in Cuenca de Campos.

The stage lasts 25 kilometers that we can cover in 6 hours, although we will start to feel the accumulated fatigue.

It’s only 21 kilometers long, which you’ll be thankful for, believe me. It will take you less than 6 hours to walk it, so you will be able to rest for a while. Remember to stock up in Villalón de Campos as you won’t have the opportunity to do so later. 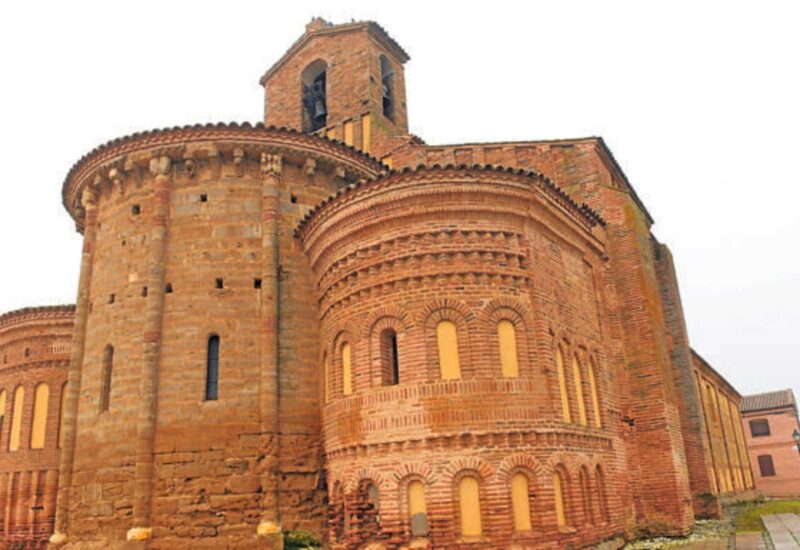 This is the last stage as the next will be to start the French Way, so keep in mind that we say goodbye to it, so it should start the stage with joy but stop to enjoy the scenery as it is our last stage.

It is worth mentioning the Pilgrim’s Shrine, which is the end of the Pilgrim’s Way in the strict sense of the word. In it we can see the milestone that indicates that there are only (barely) 358 kilometres left to get to Santiago.

Once arrived at the town of Sahagún, curiously the city that, together with Madrid, has the kilometre 0, the route continues following the French Way until the end, Santiago de Compostela.

As for accommodation, along the route you will find both public and private hostels and in the most notable cities you can stay if you wish in hostels and guesthouses and even in hotels. Remember to bring your credentials if you plan to stay in public hostels. If you haven’t got it, you can get it at the Almudena Cathedral and the Church of Santiago or through the Asociación de Amigos del Camino (Association of Friends of the Camino).

Lastly, we would like to give you some advice before embarking on this adventure. The first of them is the choice of time of year to do the Camino from Madrid. It is advisable to do this walk in spring or autumn, as in summer it will be too hot and in winter the temperatures drop too much at the higher altitudes.

Secondly, we must plan the stages well and make sure we have enough time if we want to get to Santiago de Compostela. The question is not to do it in the shortest time possible, but to enjoy this adventure. Plan well the points of arrival as well as to be well informed of the lodgings in which we have the possibility of staying.

Thirdly and lastly, prepare your backpack well or if you go by bike your kit for this trip, better safe than sorry. Maybe what to take on the Camino de Santiago on foot o by bike can help you.

If you dare after reading this post to do this beautiful way, we wish you ¡Buen Camino!