The Way through Gran Canaria. A route as peculiar as it is charming.

The Camino de Santiago as you know, is that set of routes that lead to the city of Santiago de Compostela. Every self-respecting pilgrim wants to reach the Jacobean city either on foot, on horseback or by bicycle, and in the peninsular territory there is diversity and continuity of trails. However, this does not mean that there is no pilgrim culture on the islands and archipelagos, as is the case of the island of Gran Canaria where you can also find a Camino de Santiago with a long tradition.

Let’s learn a little more about this Camino de Santiago in Gran Canaria. This is a route that links Maspalomas, in the south of the island, with Gáldar, in the northwest, a route with Jacobean history and tradition. 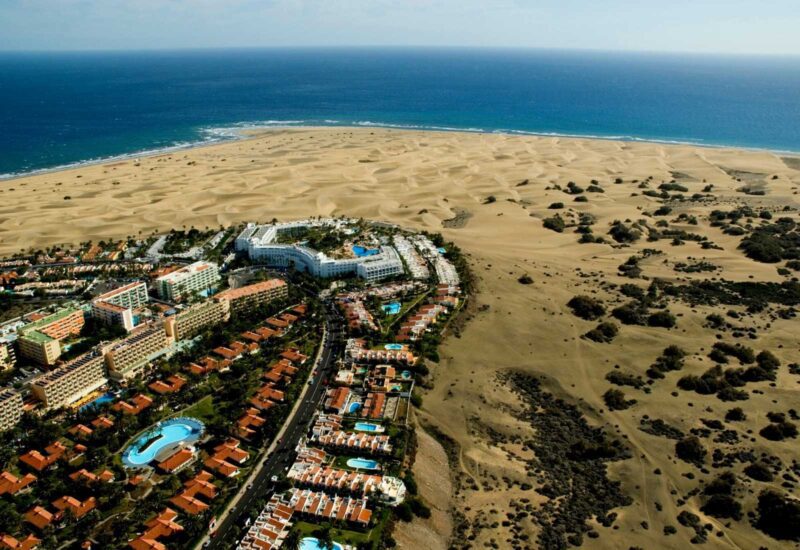 The History of the Camino in Gran Canaria.

According to oral tradition, at the beginning of the 15th century, some Galician sailors who survived a strong storm decided to transport an image of Santiago “the boy” from Maspalomas to the heights of Tirajana to build a hermitage, in gratitude for the divine protection received, a construction of which today only its memory is preserved. They used already existing paths, travelled since time immemorial by Canarian transhumants in search of pastures for their cattle, and today it is known as the Camino or Ruta de la Plata (not to be confused with the one that starts in Silver Route that starts in Seville with destination Santiago de Compostela). 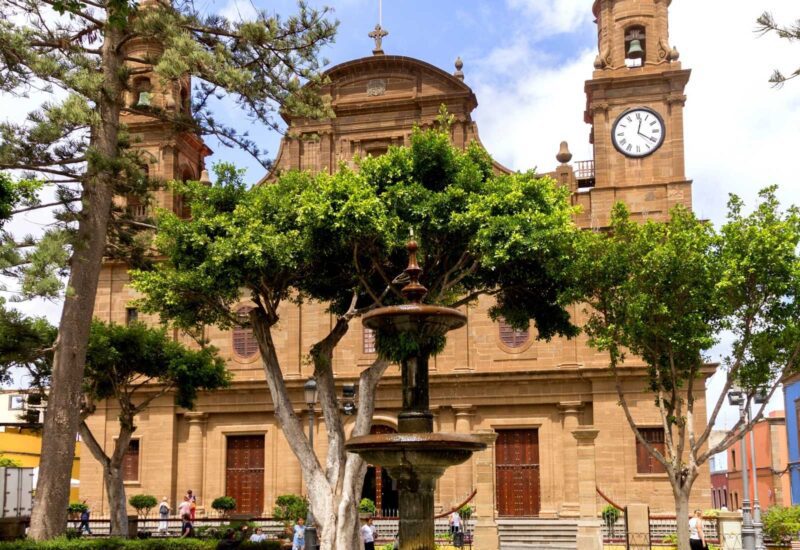 Perhaps due to this devotion to Santiago, also evident in the peninsular conquerors in the Canary archipelago, decades later was built in Gáldar the Santiago de los Caballeros Temple was built in Gáldar. The Jacobean see had already existed since 1482, shortly before the conquest of the island. It is about the first and oldest Jacobean see outside peninsular Europe, much later than Santiago de Compostela. It is much later than Santiago de Compostela, but it shows the importance of the figure of Saint James the Apostle in the “Spain” of that time.

This is a route that goes deep into the the island of Gran Canaria. The route goes from the coast and dunes of Maspalomas to the south, ascending in a northerly direction and winding through the calderas of Tirajana, Tejeda and the recent volcanoes in the centre of the island, cultural landscape declared a Unesco World Heritage Site. The final stretch descends to the Montaña de Gáldar, on the northern coast of the island.

With a total of 66 kilometers, this route, also called “Route between Volcanoes“. The landscape of the coast, meadows, mountains and volcanoes will surprise you with a multitude of landscapes. In addition, it hides a rich heritage in which the city itself stands out. Gáldar. The Museum and Archaeological Park of Cueva Pintada, the Lighthouse of Maspalomas, etc., are of Cultural Interest and Historic-Artistic Ensemble. We must not forget the gastronomy of the area, where the Protected Designation of Origin “Queso de Flor” stands out.  Consult here all that the island of Gran Canaria has to offer you, apart from this Camino de Santiago so particular.

As for the stages, it is a route that could well be done in two long stages, although, to better enjoy it, we propose this division into three days: 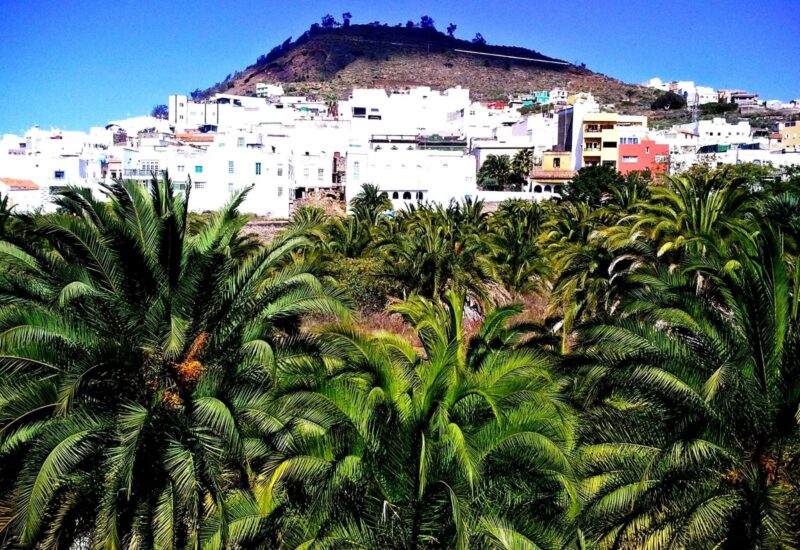 Fortunately this route is cared for and pampered by the administrations, as it has historical justification, heritage value, infrastructures and signposting, as well as political will. Even the Vatican itself has protected it throughout history: in 1965 Pope Paul VI granted it the same privileges as those of the Jubilee Year of Santiago de Compostela to all pilgrims visiting the church of Santiago de Gáldar, a decision that was renewed in subsequent years. It was not until the Jubilee Year of 1993 that Pope John Paul II granted the Jacobean graces in perpetuity.

In addition, just like the official routes that reach Santiago de Compostela, this route in Jacobean route in Gran Canaria has its own credential which can be purchased at various points on the island, such as San Bartolomé de Tirajana, Tejeda, Gáldar and Las Palmas de Gran Canaria. And don’t miss it, because every time there’s a Jacobean Holy Year in Santiago de Compostela there will also be Jacobean Holy Year on the island and with this its particular Camino de Santiago you can also win the Jubilee.

If you live in Gran Canaria or outside of it, maybe you would like to walk along this Camino de Santiago on the island. Even after finishing it, you could take a ferry and travel to Cádiz, where through the andalusian jacobean roads you will be able to get to Santiago de Compostela. Anyway, remember that we are here to make your pilgrimage experience easier and to enjoy this unique route.