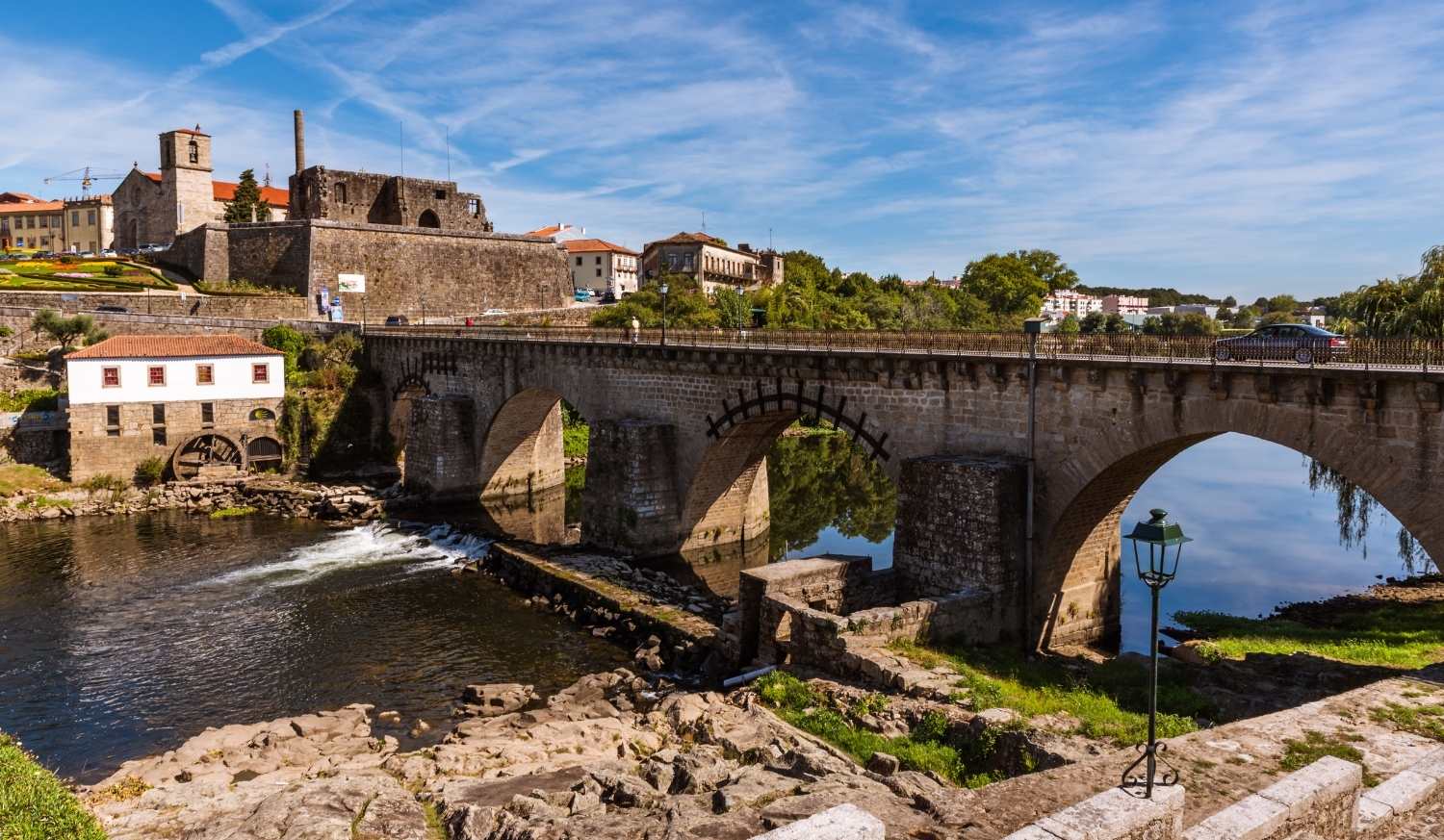 Barcelos is a city belonging to the district of Braga in the northern region of Portugal. Undoubtedly, the most characteristic feature of the city is the colourful rooster of Barcelos, nowadays considered one of the most representative symbols and icons of the whole country.

This city has its roots in the ancient Roman foundation. After growing and expanding in the heat of the development of medieval times, it became the seat of the first Duke of Bragança in the 15th century. Unfortunately, the palace built by the Dukes of Bragança was destroyed in a fire, so today its remains can be visited as an open-air museum.

What to see and do in Barcelos

The legend of the Rooster

Surely you have ever wondered why the rooster is the symbol of Portugal. It has its origin in the city of Barcelos and in a curious legend.

It is said that a pilgrim passing through the city was accused of having stolen money from a landowner, for which he was condemned to be hanged. As a last request, he asked to be brought before the judge, who was eating a roast rooster. The pilgrim said that, as proof of his innocence, he would get up and start singing. The judge pushed the plate aside and ignored the man’s words. However, just as the prisoner was being hanged, the rooster stood up and crowed. The judge, having realized his mistake, ran to the gallows and discovered that the pilgrim had been saved by a badly tied knot.

According to legend, the pilgrim returned years later to sculpt the cross of the Lord of the Rooster, which is now in the Archaeological Museum of Barcelos. 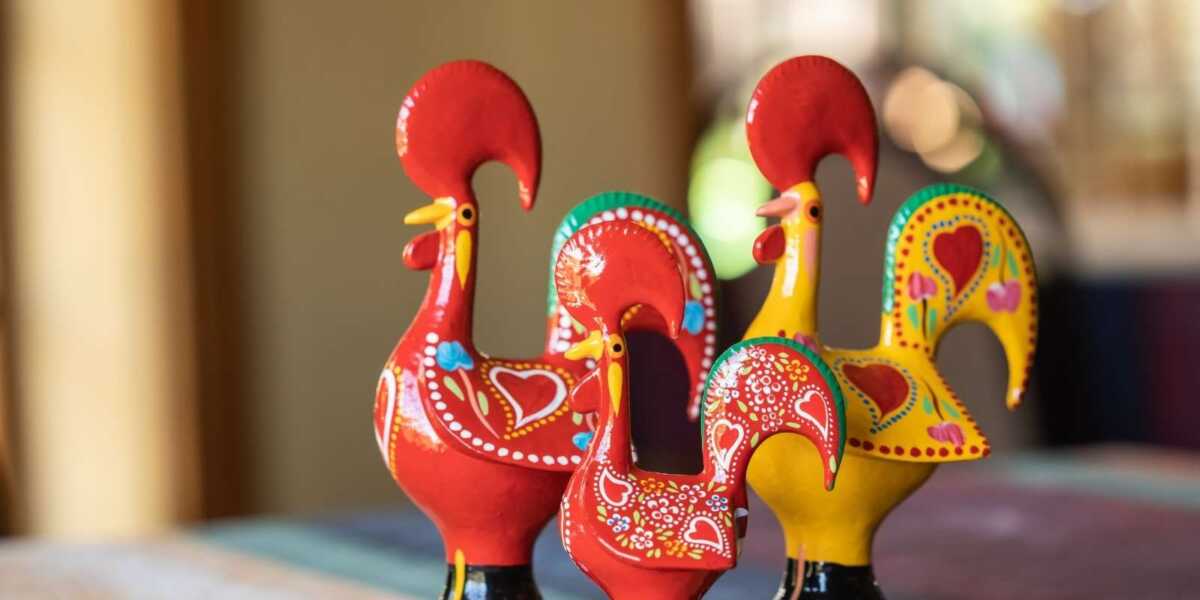 It is located behind the Archaeological Museum. Its construction was begun in the second half of the 14th century by order of D.Pedro, Count of Barcelos, whose coat of arms remains engraved on its doorway. Its building was transformed from Romanesque to Gothic, and underwent several reconstructions from the fifteenth to the eighteenth century. It is remarkable for its 18th century tiles and its gilded baroque chapels. 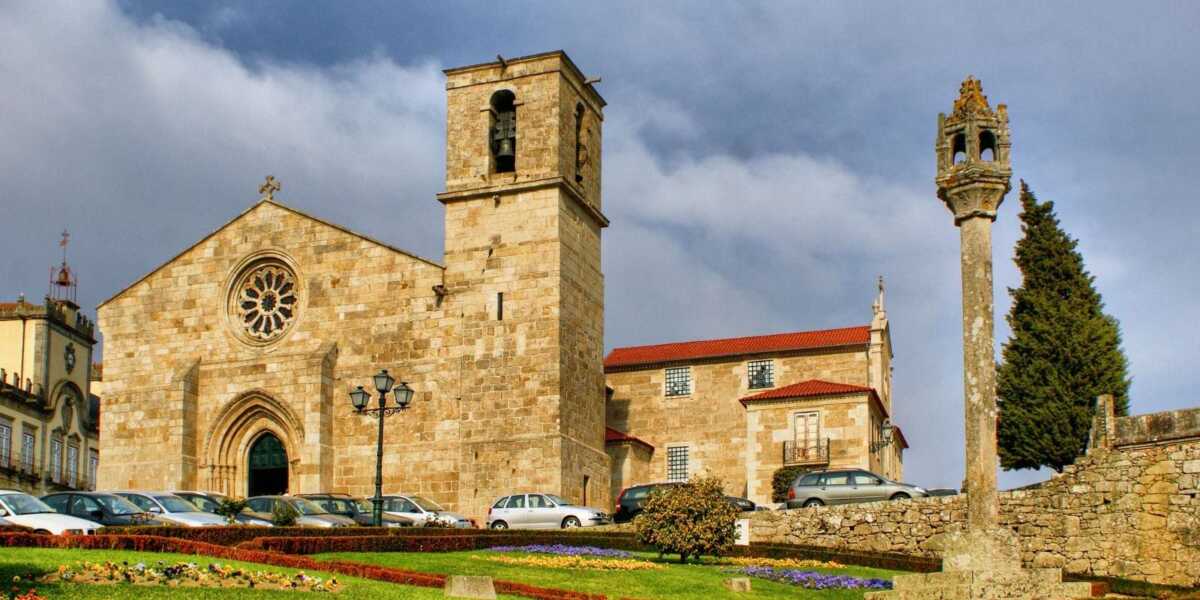 This old house of the s. XV is one of the rare examples of medieval civil architecture that still exist in Portugal. From the top we can contemplate spectacular views of the river. Its construction dates from the year 1448, its two high towers and a singular decorative detail of one of them stand out. A female figure and a bearded male figure. It is believed to be an allusion to the“Barbadão“, father of Inês Perez who, furious, tried to pull out his own beard when he discovered the illicit love between his daughter and the Master of Avis.

The Pinheros rest in a chapel of the Iglesia Matriz, where we can see their mausoleum. 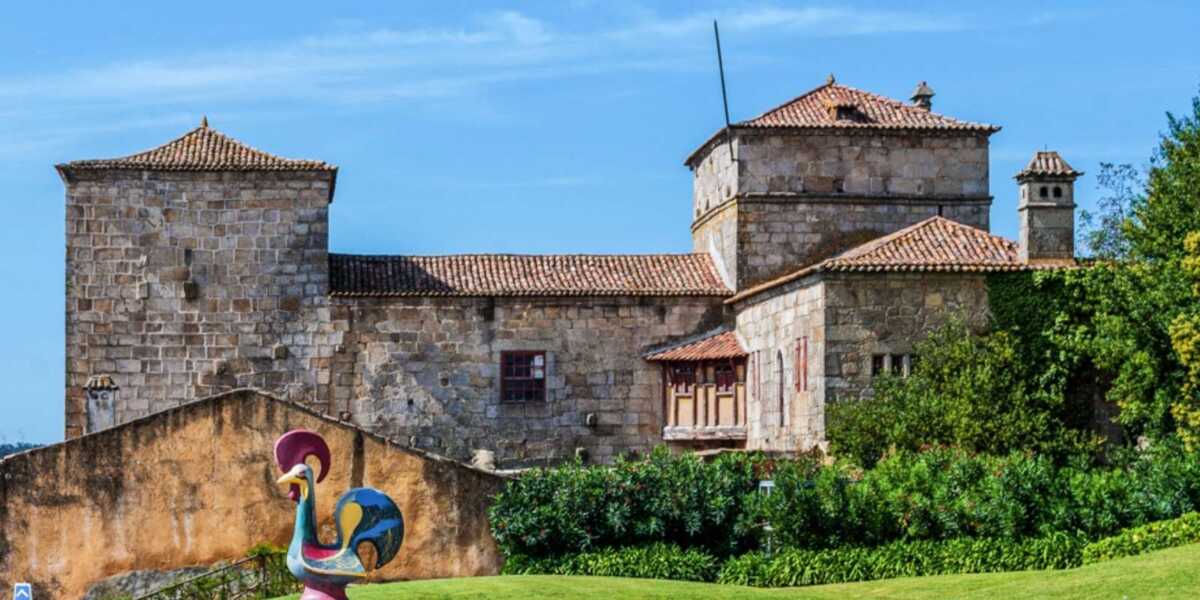 Palace of the Counts of Barcelos

As soon as you enter Barcelos by the bridge over the river Cádavo, you will find a landscaped area presided over by the ruins of an old palace, which bears witness to the city’s medieval past. Its construction dates back to the 15th century and in its time it was a noble building, with its tall tube chimneys (today only one remains) and the tower, which protected a bridge over the river (which has also disappeared).

It remained the residence of the counts until the seventeenth century and now serves as an open-air archaeological museum, which we can visit. 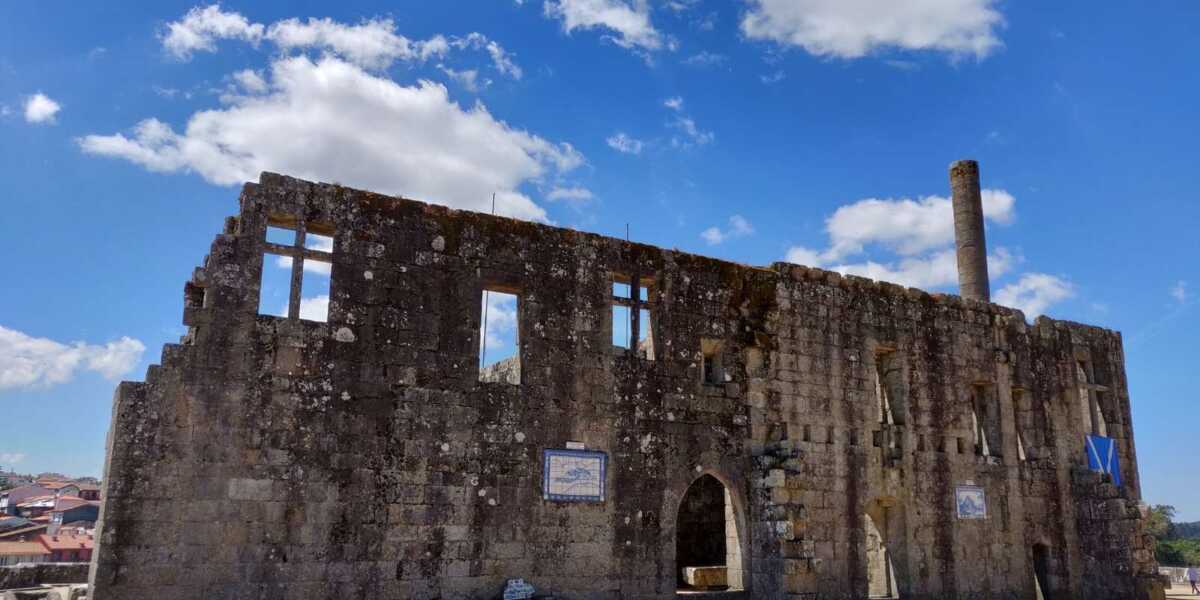 It is one of the most emblematic pelourinhos or picotas of Portugal, it is located in front of the Matriz church, in a small garden. Dating from the end of the 15th century, it has a cage at the bottom. 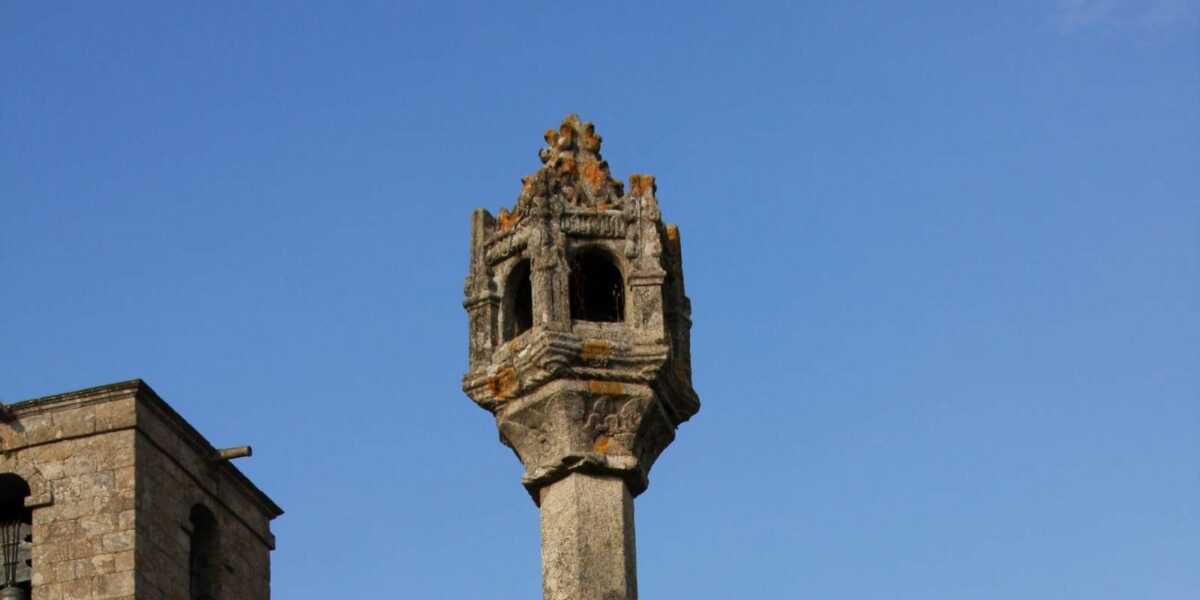 The current Town Hall building has a lot of history. It is the result of a series of annexes, reforms and extensions carried out in the nucleus of the old consistory. The old Hospital do Espírito Santo, which used to welcome pilgrims, and the old chapel of Santa Maria are part of it. 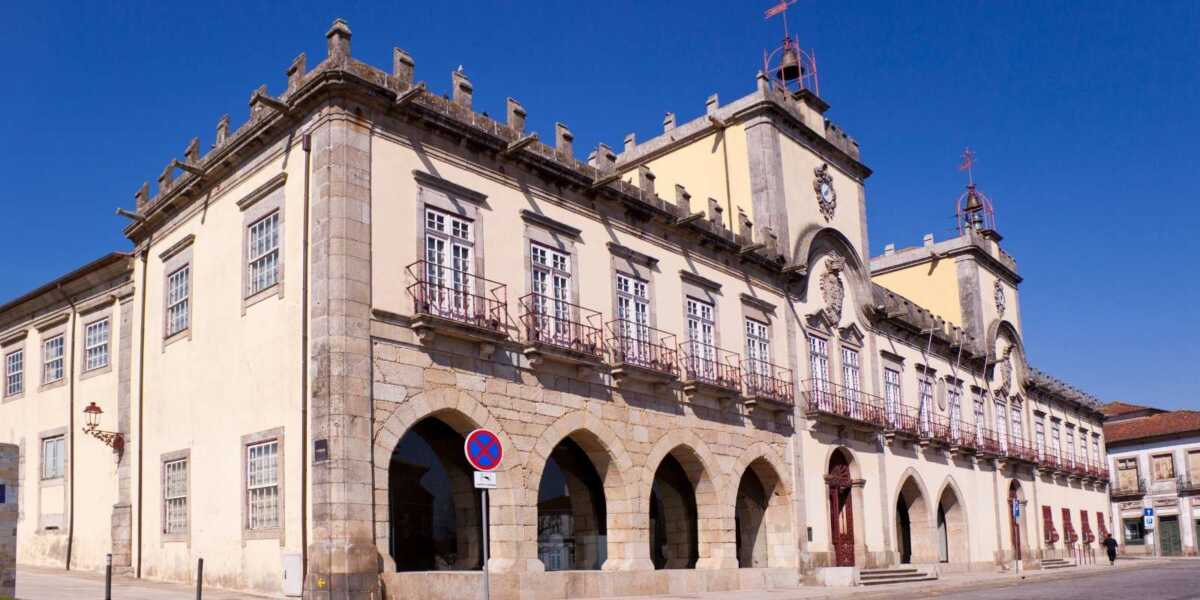 This beautiful white temple is reminiscent of the characteristic Minoan Baroque of northern Portugal. Nevertheless, its exterior appearance acquires a great constructive sobriety. The balcony of the temple serves every year as a place of proclamation of the beginning of the traditional festivities of the Cruzes. 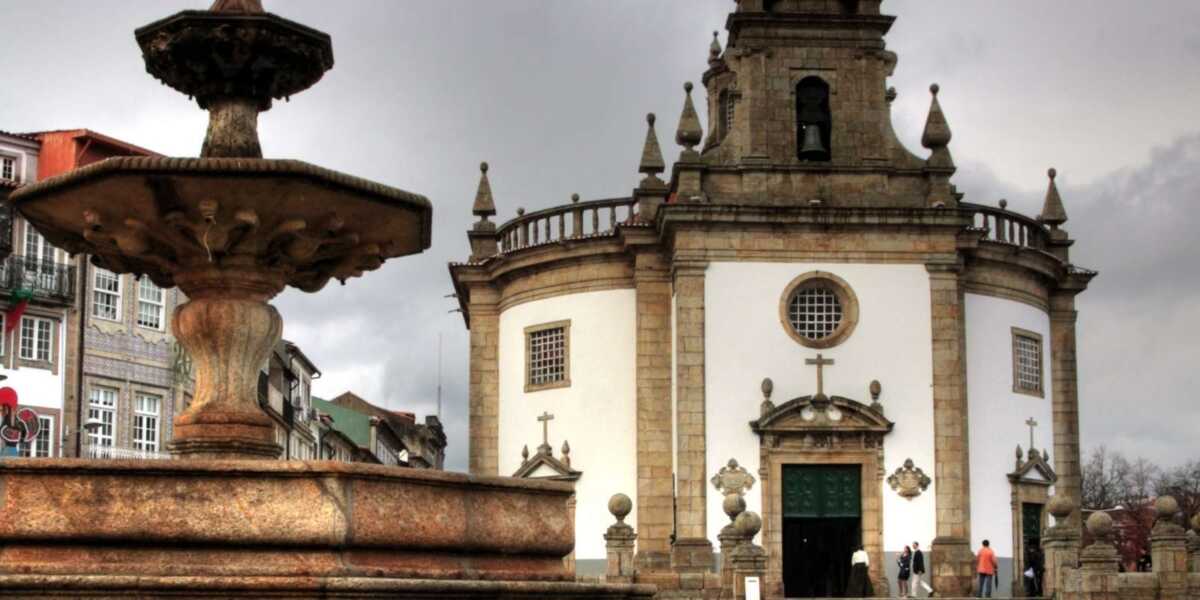 This tower was part of the medieval walls that surrounded the city and today it has been declared a National Monument. It is a beautiful example of military and medieval architecture. Here you will find the Centro de Artesanato, where you can buy a good selection of local artisan products, including the emblematic Gallo de Barcelos. 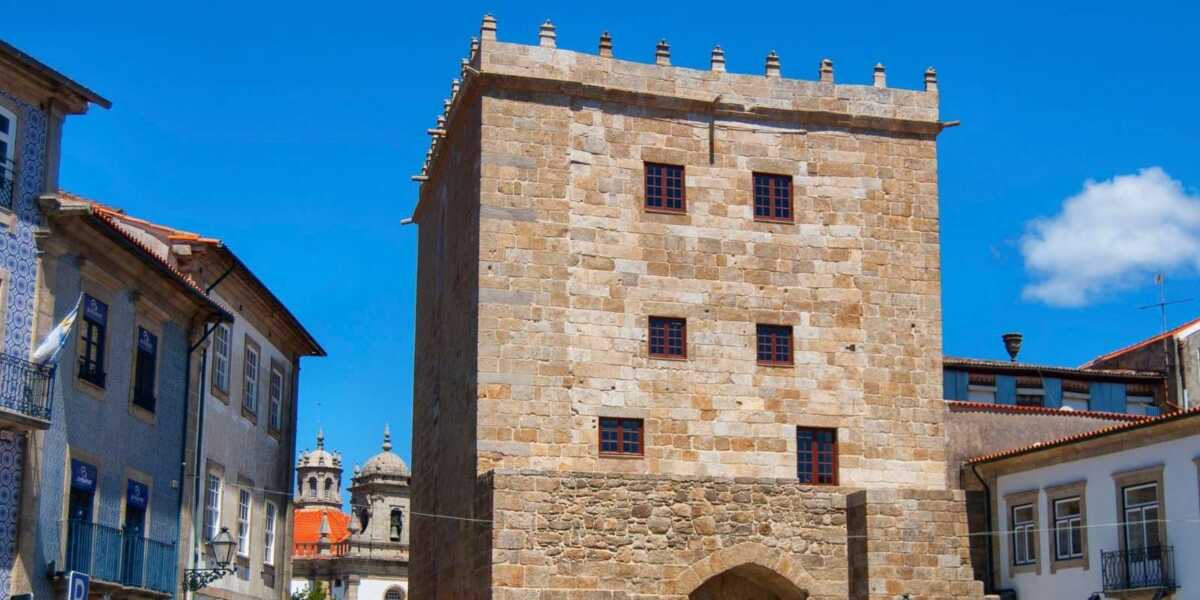 It is a beautiful garden created in the context of the urban improvements and beautification of cities throughout Europe during the Baroque period.