The latest records of brave pilgrims

That the Camino de Santiago is not a competition is well known, but always we are struck by the challenges that many pilgrims complete along the Jacobean routes. Long distances, reduced mobility or record-breaking times are some of the stories that some pilgrims have left us in the last few days. 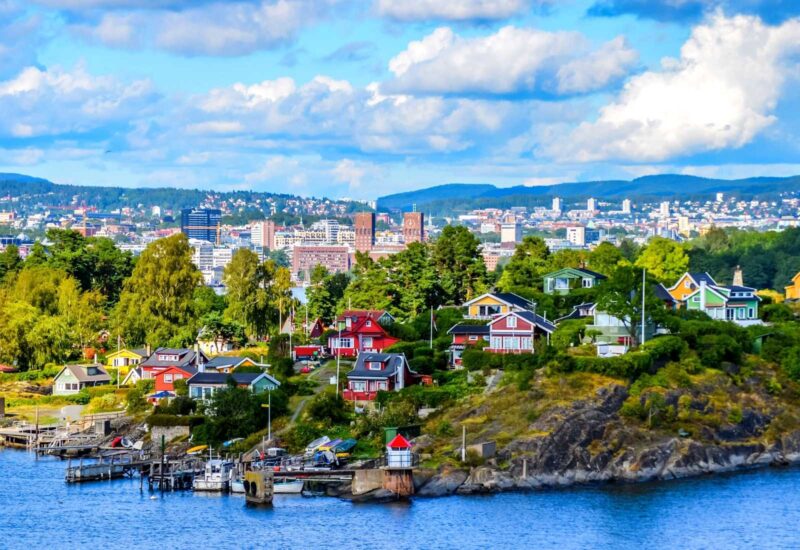 From Boiro (A Coruña) comes our first record. Arturo Piñeiro is a bike lover whose head doesn’t stop, just like his legs. He already warned us last August 28th, when this member of the cycling club Barbantia Roda announced in the national press its intention to intention to cover the approximately 3,926 kilometres that separate the Cathedral of Oslo and the Cathedral of Santiago de Compostela..

“The hardest thing is the logistics. Physically and psychologically I’m trained for such a challenge”.

Indeed, the difficult part of this record was finding places to sleep or buy food, as well as getting along with the people, since he barely spoke English, he had some complicated moments. In fact, although his adventure did not last for a month, it is true that he had been preparing and organising this great challenge for months.

The hardest part came in the rainy stagesas happened in León or in the ascent to O Cebreiro. He was so wet that he had to break one of his rules, to go into a restaurant to eat something hot, as he always went to supermarkets and was his own chef. However, as he states, “solitude and peace are for me the best rewards. During those days you live disconnected from the world”.

We will have to follow him closely, because despite his 43% disability due to an intestinal disease that affects his diet, he is already thinking about his next record challenge, to cover the distance to Santiago de Compostela from Greece and perhaps from Jerusalem..

What will Norway have? 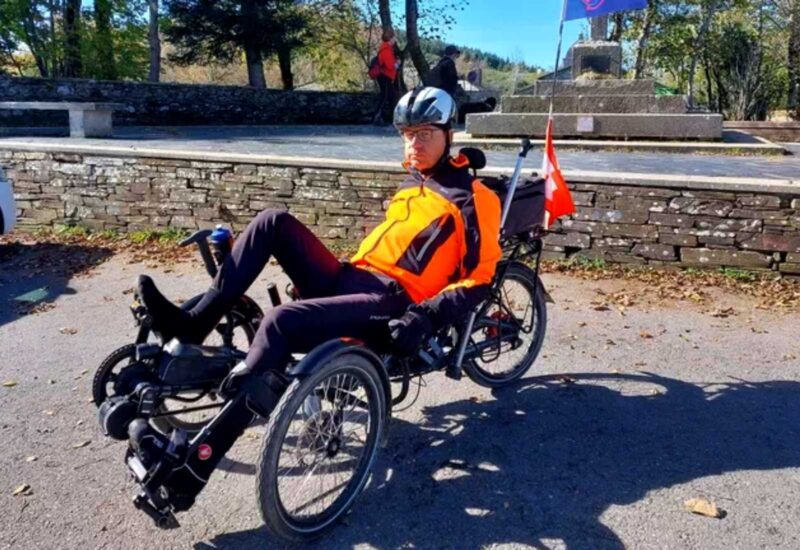 Now he is recovered and more alive than everand in fact he comments that the illness was “a second chance and a second birth”.. Now, despite having reduced mobility, as he has the left side of his body paralyzed and pedalling with only his right leg on his adapted bike, he feels happier in his previous life.She feels happier than in her previous life, and, with this record, she wants to to give visibility and raise awareness to the world that this disease exists, but that it is possible to live with it..

It started last July 7 from the Norwegian city and aims to reach Santiago de Compostela on Friday aims to arrive in Santiago de Compostela on Friday 29 October, on the occasion of World Stroke Day.. His pilgrimage, baptized as Ride for stroke and on whose website you can follow him, is being made possible thanks to his tenacity and tenacity and positivismand the assistance of a companion who drives the motorhome where he is resting, provided by his sponsors.

To the end of the world in one day

Gaetano Cupa is an Italian born in Naples, passionate about the Camino de SantiagoHe has already walked it twenty-seven times. Many such cases are already known among the collective pilgrim memory, but the amazing thing about Gaetano is that he has just covered the distance of the Way of Finisterre and Muxía in little more than twenty-four hours. For him, the Camino is something more than just a walking route, and in his words he refers to the Jacobean route as “a person that I love and loves me and calls me.”. Pure life. 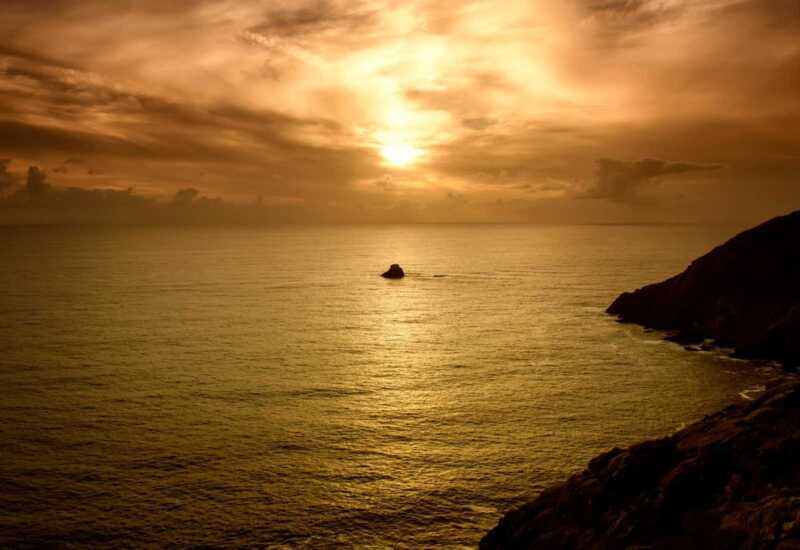 We left last Saturday 23rd October from the Obradoiro Square at about 8:30 am, with the intention of reaching Finisterre and then to Muxía without stopping Finisterre and then to Muxía without stopping anything but to eat, walking day and night.. And so he did, although there was no shortage of difficulties. The cold and darkness of the night, which overtook him at Olveiroa (Dumbría), were not enough to make him give up. “I stopped to eat something, and I was very cold. Besides, my whole body was aching, but I started to think for a while and I found the strength to continue”, says this Italian who doesn’t consider himself a brave man.

“I’m really scared, but fear either paralyzes you or gives you the strength to go on.”

He finished his adventure in Muxía around 14:00 on Sunday 24th October and now he is resting in one of its hostels. Who knows, maybe he already has another path in mind, for as he himself maintains, “the best Way is always the one you have to do tomorrow”..

These extreme pilgrimages take place due to the Jacobean passion of their protagonists, who enjoy the Pilgrims’ Roads to Santiago as if it were their first time. If you haven’t done it yet, you should take the plunge and experience it. This is the only way to understand what it feels like to be on pilgrimage. You don’t need to set yourself a challenge or overcome these recordsThe important thing is to enjoy it. We encourage you to savor and enjoy it, and if you want we can help you to make an The easiest and most comfortable way to Santiago de Compostela.