The Forgotten Way • History and itinerary

Surely if you are a beginner you have not heard of this Way, but for lovers of the Way to Santiago is one of the most magical Jacobean routes of all. This Forgotten Road was the most important route to Santiago in the 12th century, and was known as “The Mountain Road”. It is currently known as the Forgotten Way and starts in Bilbao.

The history of this road goes back to the 9th and 12th centuries, the time of the Spanish reconquest of the lands invaded by the Muslims. Ongoing wars and conflicts made pilgrims afraid of that danger. To this is added the difficult itinerary marked by the coast, so they decide to look for a safer alternative route. This route was the Mountain Way, which crossed the Pyrenean or Cantabrian mountain range to reach a low mountain terrain and continue in a medium difficulty profile the route.

This route fell into oblivion, hence its name. After the reconquest of the Northern Plateau, the kings of Navarre and Castile and Leon decided to promote the use of an alternative route a little further south. The intention of this use was only to speed up and facilitate the transit of pilgrims and trade. This is how this route was promoted, known today as the French Way, and abandoning the old route leaving the Old Way obsolete.

Stages of the Forgotten Way

This route of the Camino de Santiago is divided into a total of 20 or 21 stages approximately, with about 480 kilometers of travel. Then we will find two variants to continue to Santiago. 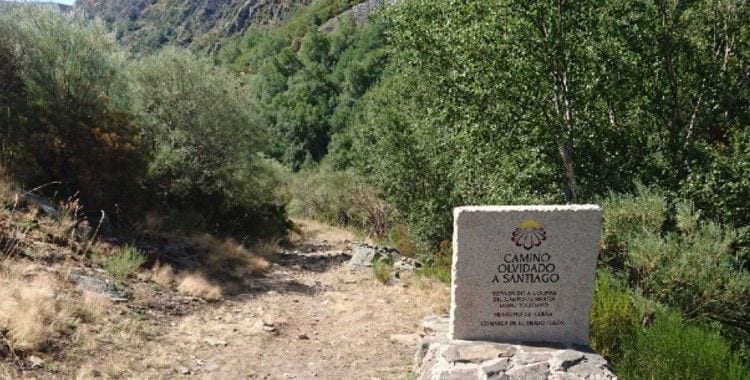 The route starts from Bilbao and passes through towns such as Balmaseda, Espinosa de los Monteros, Arija, Aguilar de Campoo, Cervera de Pisuerga, Guardo, Cistierna, Boñar, La Robla, Cacabelos and Villafranca del Bierzo. There it connects with the Primitive Way and continues to Santiago. As mentioned before, once the section of the forgotten route is finished, there are two possibilities to continue, either along the French Way from Villafranca del Bierzo or from Ponferrada taking the Winter Way.

There is a route of the Forgotten Way that does not start from Bilbao, but from Pamplona. Continue along Alsasua, Salvatierra, Vitoria, Frías, Oña and Sedano to reach Aguilar de Campoo, and from there continue along the Way that starts in Bilbao. Similarly, there are many variants within each of the routes.

At each step in this old route, we will see on either side of the Camino incredible places and we can recreate in history. We will pass by old bridges and Roman roads, those that stepped on Christian armies and Roman Legions. A route used in antiquity by millions of pilgrims who went to Santiago or even to Santo Toribio de Liébana (Ruta Vadiniense) or to Salvador in Oviedo (Camino de San Salvador) or to Valdorria to venerate S. Froilán.

We can still make this journey through the history of this route, finding in our way a wide archaeological and monumental legacy in which we can highlight the following:

Some prehistoric testimonies are preserved. Among others we can mention Menhir-bridge (Reinosilla). The Roman legacy is also important. The route passes to a great extent through the Roman roads. This were used for the movement of legions such as Roman roads (Zalla, Nava de Ordunte, Burceña, Irus, Nestar, Matamorisca). 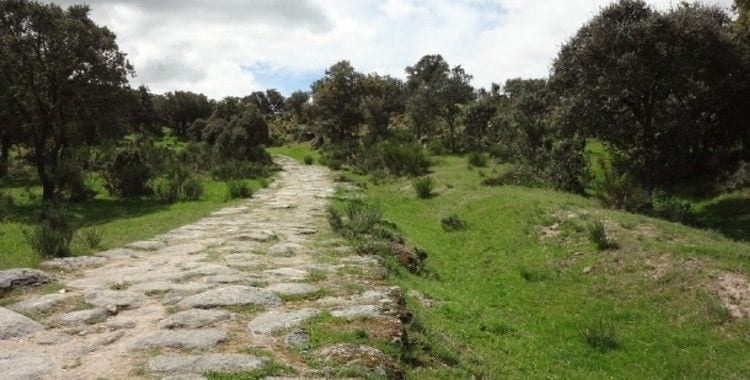 Castles, towers and walls contributed to the defence of lands that in many cases bordered the Arab domains. Some of these constructions are in ruins, others have been restored with different uses. If you follow this Way you will see towers such as La Torre de Renovales (Güenes), Torre de Terreros (Zalla) or castles such as La Robla (Los Alba).

For the pilgrims it was always a serious problem the multiple rivers reason why the existence of safe bridges to be able to cross them marked the layout of some sections of this route like for example: Güenes, Puente Almuhey, Puente Viejo (Boñar), Puente Mayor and Portazgo (Aguilar de Campoo). 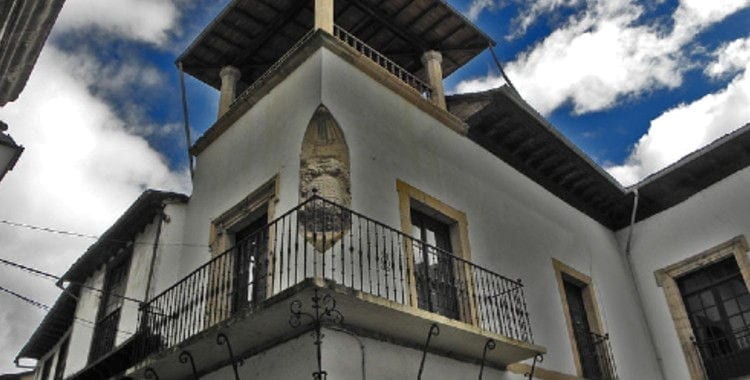 The lordships located in the regional capitals showed their prestige with buildings of a certain ostentation such as palaces and mansions with coats of arms such as: Palacio Cuadra Salcedo (Güeñes), Palacio de Horcasitas (Balmaseda), Palacio de Torquemada y de los Toledo (Villafranca del Bierzo), etc.

With respect to the romantic style in our way we will be able to find examples as Santiago Apostle (Quisicedo), the Church of Villafría (Retortillo), Santa Cecilia (Aguilar de Campoo), the Monastery of Santa María la Real (Aguilar de Campoo). There are another examples.

The Gothic period has also left its mark on the Mountain Way. There are examples such as the Cathedral of Santiago (Bilbao), the Altarpiece of Saint Nicholas (Espinosa de los Monteros), the Church of the Assumption (Pisón de Castrejón), etc. 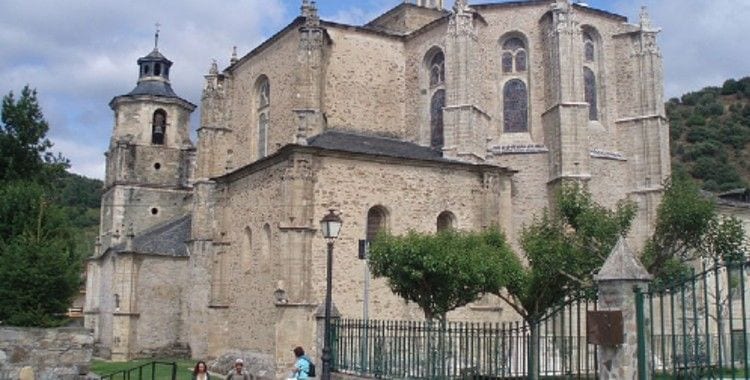 Finally, the Baroque continued to enrich the artistic heritage of this route with works such as the Sanctuary of Our Lady of Pandorado, the Tower of the Church of S. Juan and S. Severino (Balmaseda) or the Hermitage of the Cross (Cervera de Pisuerga) among others.

The road leaves this oblivion…

Currently, several associations of Friends of the Way are trying to recover this route.  In fact in the final part it was considered appropriate to make a modification at the point of connection with the French Way. Its signalling is quite elementary, the infrastructure is complicated and the services are limited. Hostels are scarce, although the number of rural houses has increased significantly.

More and more pilgrims are heading for this route. The Old Way offers us the peace and tranquility we seek and allows us at every step to find ourselves and follow in the footsteps of history.

An incredible journey through these villages where following the old paths where you will discover places of singular beauty.