The Aragonese Way • History and itinerary

The Aragonese Way, is one of the sections of the French Way, and part of the Port of Somport (Huesca). There are a total of four pilgrimage routes that depart from France to reach the province of Galicia and embrace the Apostle. It is said that this Way joins with the rest in the Puente de la Reina, but really next to the Navarrese Way, there is only one that joins in the hermitage of San Salvador, in the town of Óbanos.

This route has a total of 170 kilometers through the provinces of Huesca, Zaragoza and Navarre to join the Camino Navarro. From that point you will share the French route. During six stages, the pilgrim will be able to cross one of the four Jacobean paths that was already used by the pilgrims of the Middle Ages the Via Tolosana. Part of the French town of Arles to the port of Somport, being the southernmost of the four Jacobean routes that reach the Peninsula.

At the same time, the pilgrim will enjoy incredible and different landscapes at each stage. You will find different locality, you will make a journey through its history, its tradition and legends.

The Aragonese Way is not the oldest one that exists. It probably dates back to the 11th century, when the first kings of Aragon decided to rebuild and improve the communications network of their territory. They repaired Roman roads, built bridges, as well as shelters and baths on the main routes. The change was driven by the arrival of pilgrims and travellers at the port of Somport. It was a network of highways and roads with ramifications coming from areas of France, England, Italy, etc. The appearance of religious relics increased the number of monasteries and sanctuaries. This led to the creation of new routes for those pilgrims who were interested in accessing churches and contemplating the miracles of the Camino de Santiago. 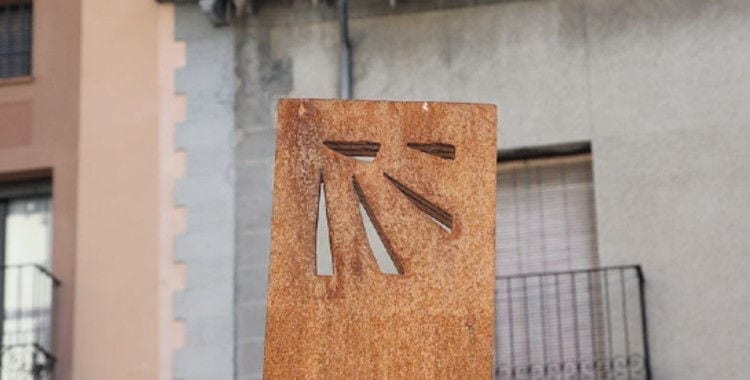 From the sixteenth century because of a series of events caused a decline quite notorious in the influx of pilgrims on this route. Among the events that could have provoked it are the disagreements between Europe and Spain for religious reasons. Because of the militarization that this conflict entailed, the routes were much more guarded and the pilgrims looked for alternatives. This Way became obsolete and something in oblivion.

The Aragonese Way is not an easy itinerary, as it cannot be travelled at any time of the year. In winter, rather in the months of November until the beginning of April we cannot escape the continuous snowfalls since we will cross the Pyrenees. In the remaining months the temperature is much more pleasant but there are times when the walking route will become quite hard because the shadows are scarce.

The access to the point of origin to start the Camino is something that will not cause us any problems that can be done directly by bus from Jaca. It will be the first day of an itinerary with a total of six stages until we join the French Way.

We will begin our Way in the starting point of which we already spoke in the Pyrenees, and we will cross most of the mileage by the province of Huesca. It is the longest stage of the entire route but we have the advantage that it goes downhill almost all the time. We will pass through Canfranc station and village, Villanúa, Castiello de Jaca and finally Jaca.

In this second stage we will continue to be in Huesca. Heading west down the valley that reaches Santa Cilla and Puente de la Reina de Jaca. After this comfortable descent, we will have to take a breath of air and climb a little more than two kilometers to our destination Arrés, a defensive town. 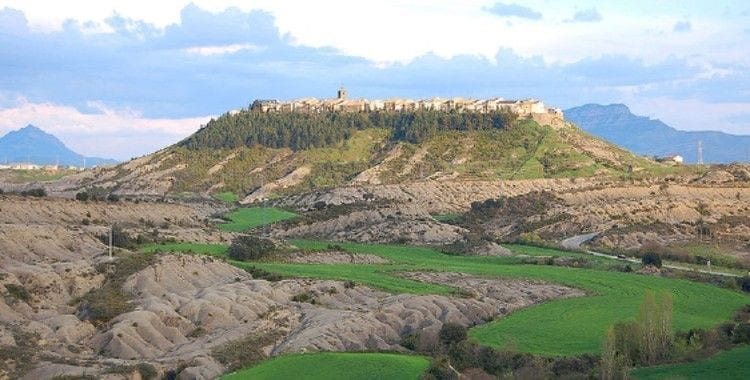 In this third stage of the Aragonese Way we enter the province of Zaragoza, specifically to reach Artieda, then the reservoir of Yesa and culminate in Ruesta.

A descent awaits us to begin this fourth stage from Ruesta. For about eight kilometres we will ascend Mount Fenerol, an impressive view of the Yesa reservoir. Everything that goes up goes down, so we will descend to the Roman road that enters the village of Undués de Lerda. We will cross the separation between Navarre and Aragon to finally reach Sangüesa. 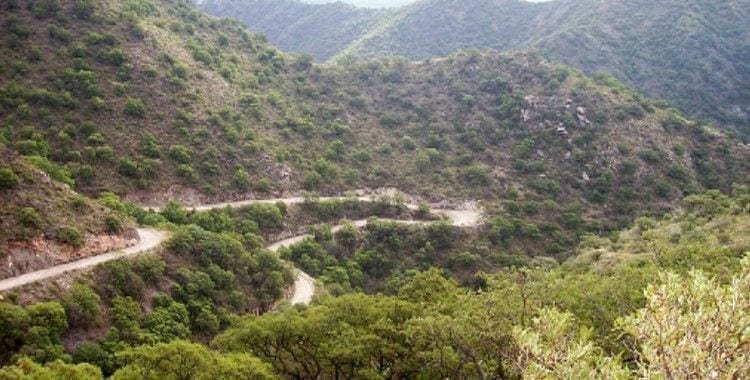 We will leave the town of Sangüesa along an uninhabited road between the mountains. From Izco we will go through the town of Abínzano, then Salinas de Ibargoiti. Finally we will arrive at Monreal, located at the foot of the great mountain of the Higa de Monreal.

The last of the stages of this Aragonese Way and like the first will be a long and somewhat expensive stage. Its profile is characterized by the unevenness of the first kilometers. Through the Sierra de Aláiz we follow the undulating path that will take us to know the towns of Yárnoz, Otano, Ezperun, Guerendiáin, Tiebas, Muruarte and Olcoz.

We will start our descent to Enériz before arriving at Óbanos where we will find the confluence with the French Way, and from there to the town of Puente la Reina, the end of the stretch of the Aragonese route. 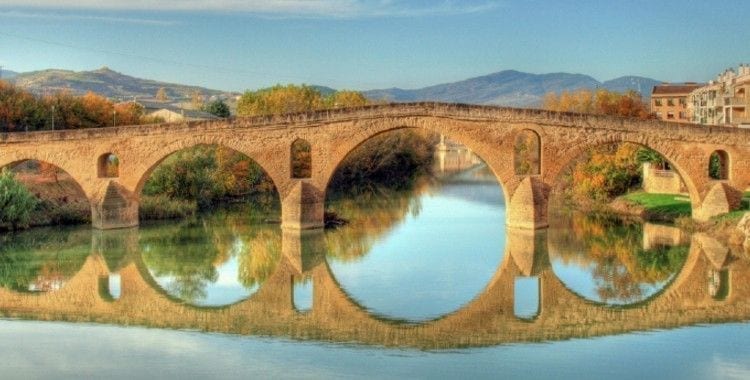 A route in which the only disadvantage if there are any are the few inhabitants who are in their villages, so we must plan the stages very well and enjoy the pilgrimage fully.

A Way that maintains its essence, its landscapes of great beauty and the feeling of isolation, peace and freedom. Few hold that scent.