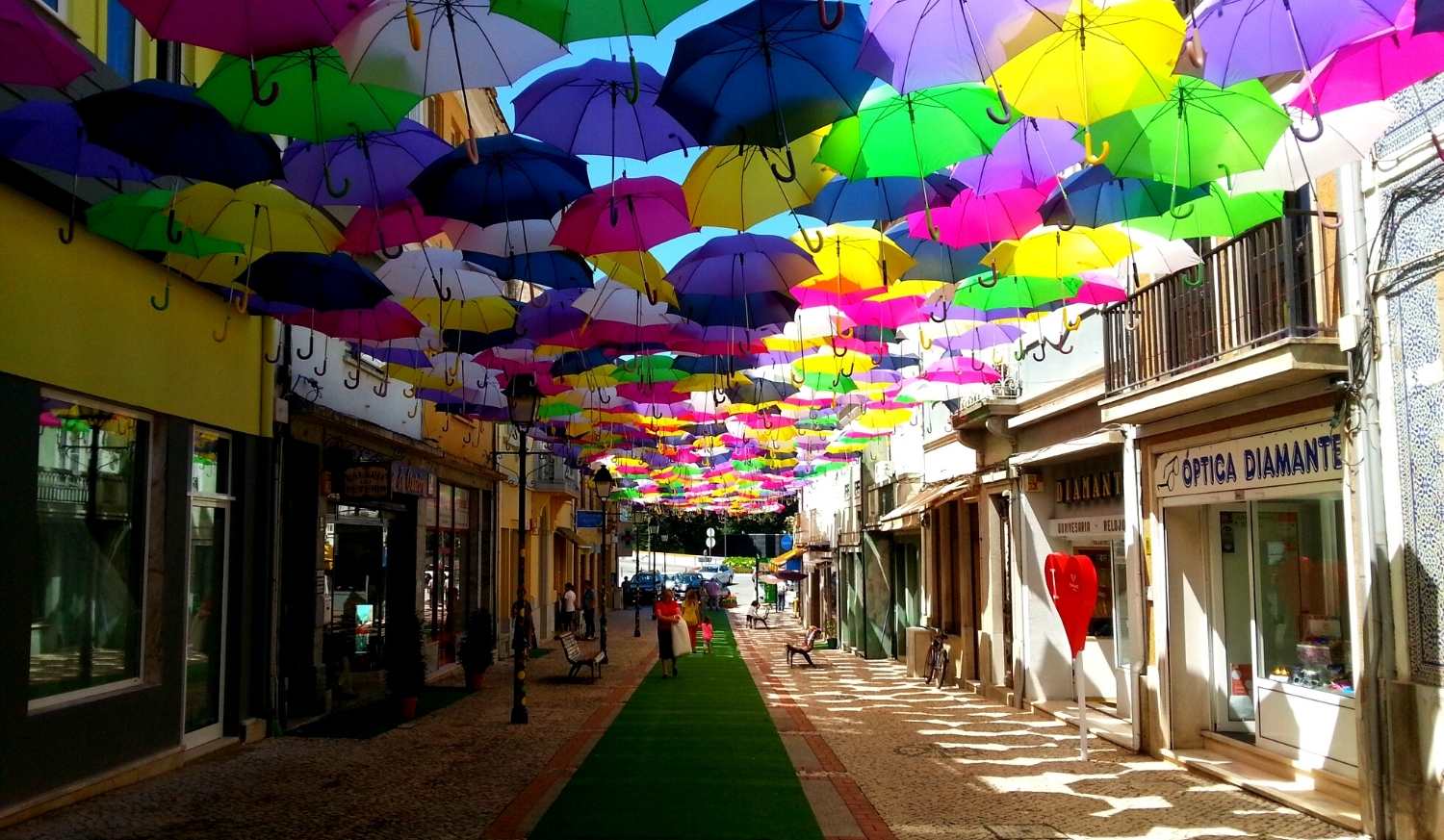 Águeda is one of the most colourful destinations in Portugal, and also one of the most unnoticed. It is very close to the popular town of Aveiro and, a priori, it does not stand out for its monuments, its cathedral or for being a destination that appears in travel guides. Nevertheless it has a lot to offer, especially in the summer months.

What to see and do in Águeda

If you visit Ageda in summer you can’t get luckier. In July one of the most picturesque festivals of this region of Portugal takes place, the AgitÁgeda. It is an artistic festival that aims to revitalize and animate the tourist and commercial activity of the village. The streets are filled with activities, parades, street shows, free concerts and different activities for children.

But undoubtedly the great success of this festival is the Umbrella Sky Project. The streets of Ageda are decorated with countless colorful umbrellas, an idea that was transferred to many other cities around the world. 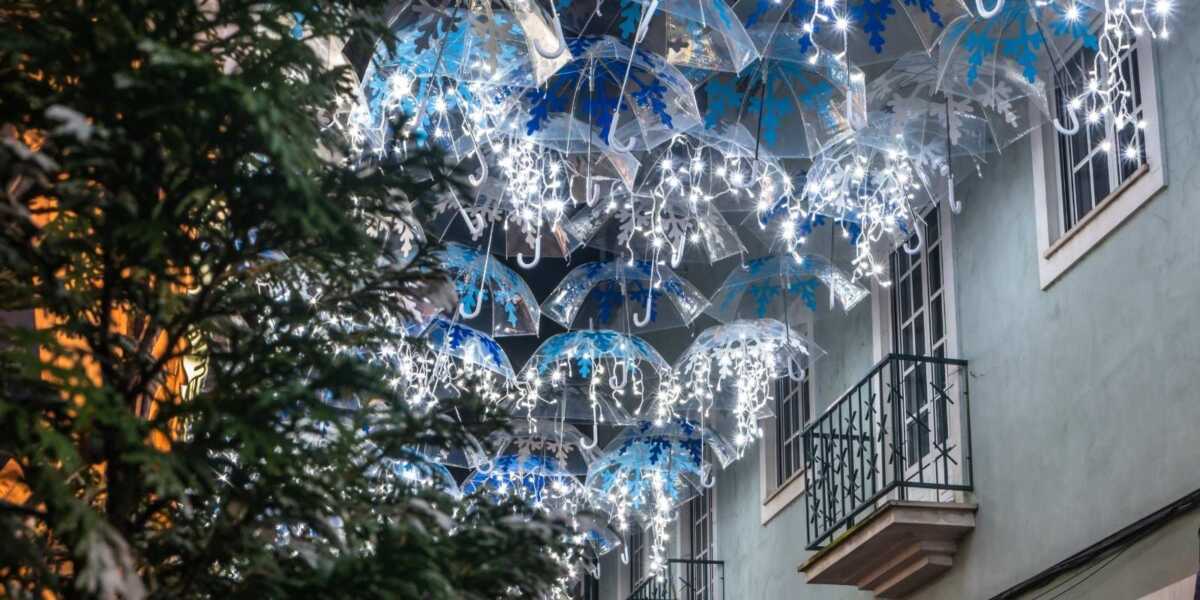 It is a small church in Renaissance style, built in the 16th century. It can be admired in the centre of the town.

It is an interesting and beautiful parish church, which began to be built in the 15th century. In its architecture we can appreciate a fusion of constructive elements, between Gothic, Renaissance and Baroque.

House Museum of the Cancioneiro of Águeda

Located in the centre of the city, it is an 18th century building that was acquired by the songbook itself and represents one of the most beautiful examples of Águeda’s civil architecture.