In today’s stage we will leave Nájera heading towards Santo Domingo de la Calzada a short, easy stage with few slopes. We will pass through a couple of villages, the welcoming Azofra and Cirueña, spoilt by the construction of a golf course. The extensive cereal landscapes that are stealing prominence to the vines, something that indicates that we are approaching Castile.

Have you ever heard the miracle of the rooster and the hen? Among the legends of the Camino de Santiago, this is one of our favourites, and it happened in the place we will visit today: Santo Domingo de la Calzada, where the hen sang after roasting.

The stage begins bordering Santa María la Real, which houses the Cloister of the Knights, where the nobles were buried since the 16th century. We leave Nájera behind in the direction of Santo Domingo de la Calzada, and after crossing the Valdecañas stream we reach Azofra via an asphalted road, where we should stock up on supplies as we will not find any more services for another ten kilometres. This town of Arab origin had a pilgrims’ hospital until the 19th century, and still has the Church of Nuestra Señora de los Ángeles, where we find a carving of the Apostle Santiago.

Those interested in visiting them should take the detour at the exit of Azofra, the road towards Alesanco, Cañas and continue to San Millán. To return we can follow the road from Villar de Torres to Cirueña, where we will find the yellow arrows.

We continue our route and reach the Cerro de los Templarios. As if it were a dream, we begin to leave behind the vines of La Rioja, and we enter the vast seas of cereals of Castile. A long and eternal stretch without refreshment points, where the heat and the absence of shade will become our worst enemy. We will arrive at a newly built residential area surrounded by a golf course. After this walk through the farmland of the Castilian plateau, and after having walked quite a few kilometres from Nájera, we will be able to see for the first time the cathedral of Santo Domingo de la Calzada, where we will enter through an area that is more asphalted than we would like.

We crown our stage arriving at Santo Domingo de la Calzada, but we cannot say goodbye without visiting its co-cathedral of different architectural styles. Legend has it that a pilgrim who was travelling with his parents was unjustly executed, so Santo Domingo himself granted him life after the gallows. When the news reached the local magistrate, who was eating some roast fowl, he said, incredulously to his parents, “Your son is as much alive as this cock and hen which I was about to eat before you troubled me.” Then the birds were resurrected, regaining their feathers and their flesh, and began to fly and sing around the table, thus giving rise to the saying.

On this day we will face long stretches without being able to protect ourselves from the sun, so it is advisable to wear a hat or cap and apply sunscreen, especially in the summer months. 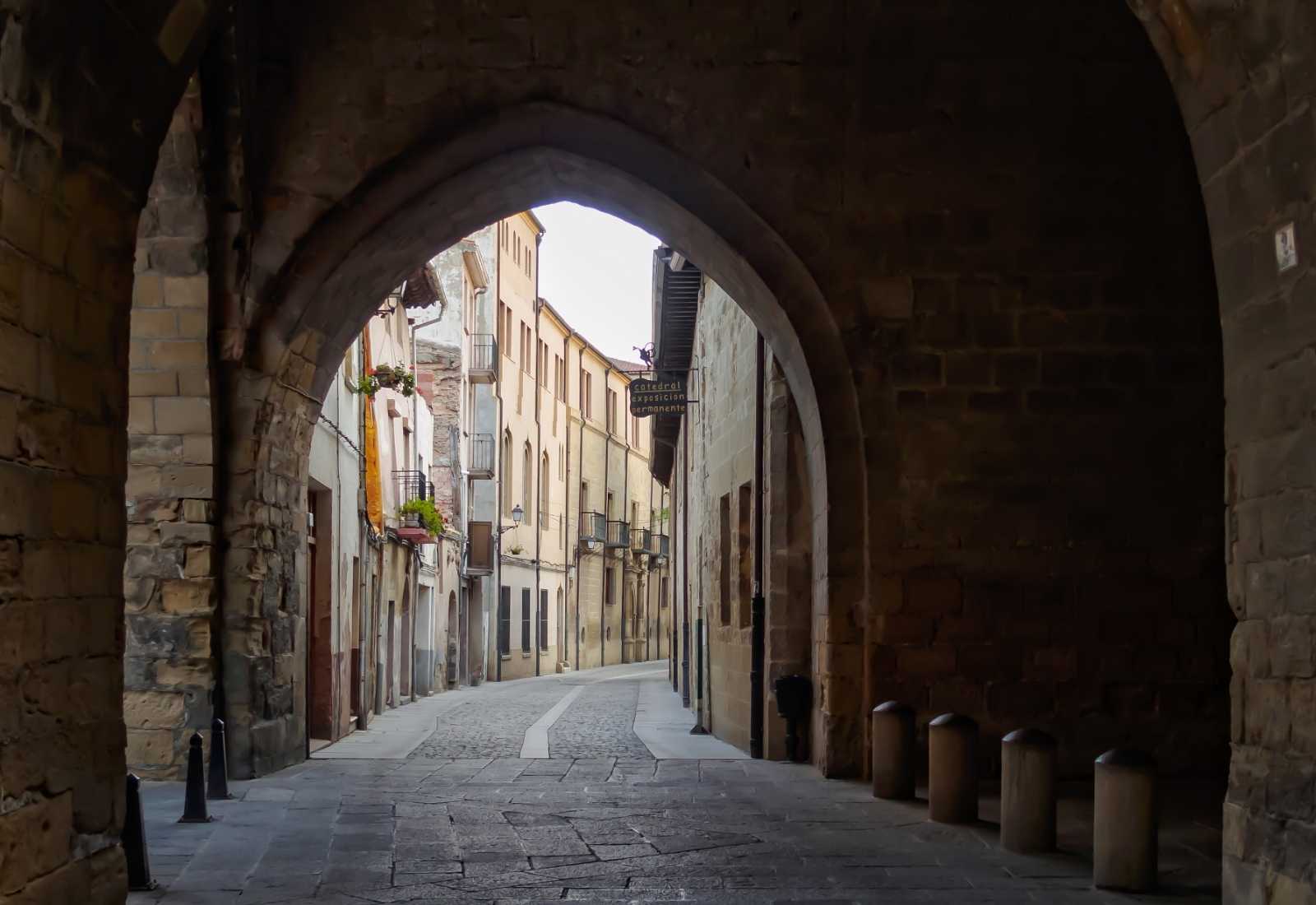 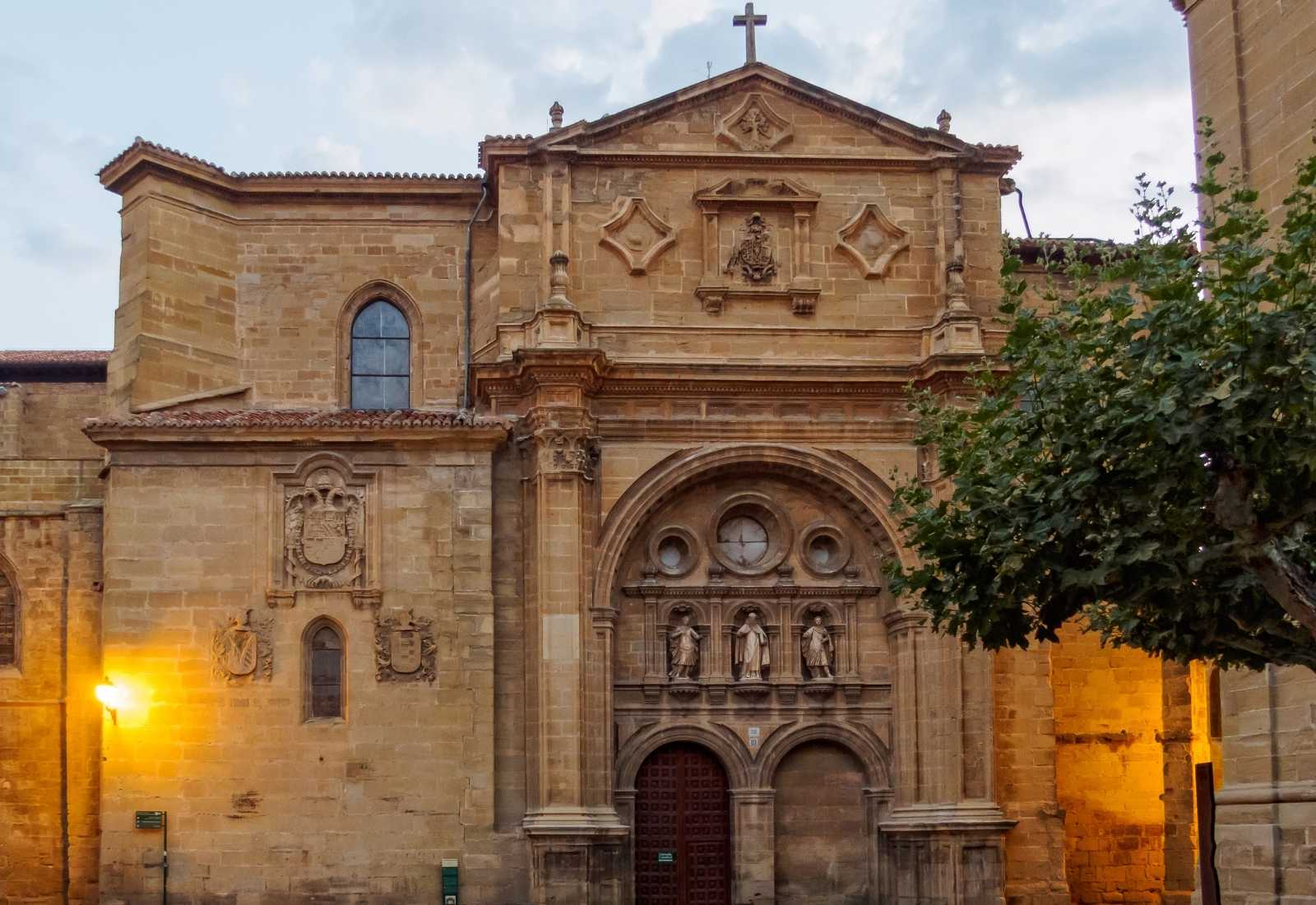 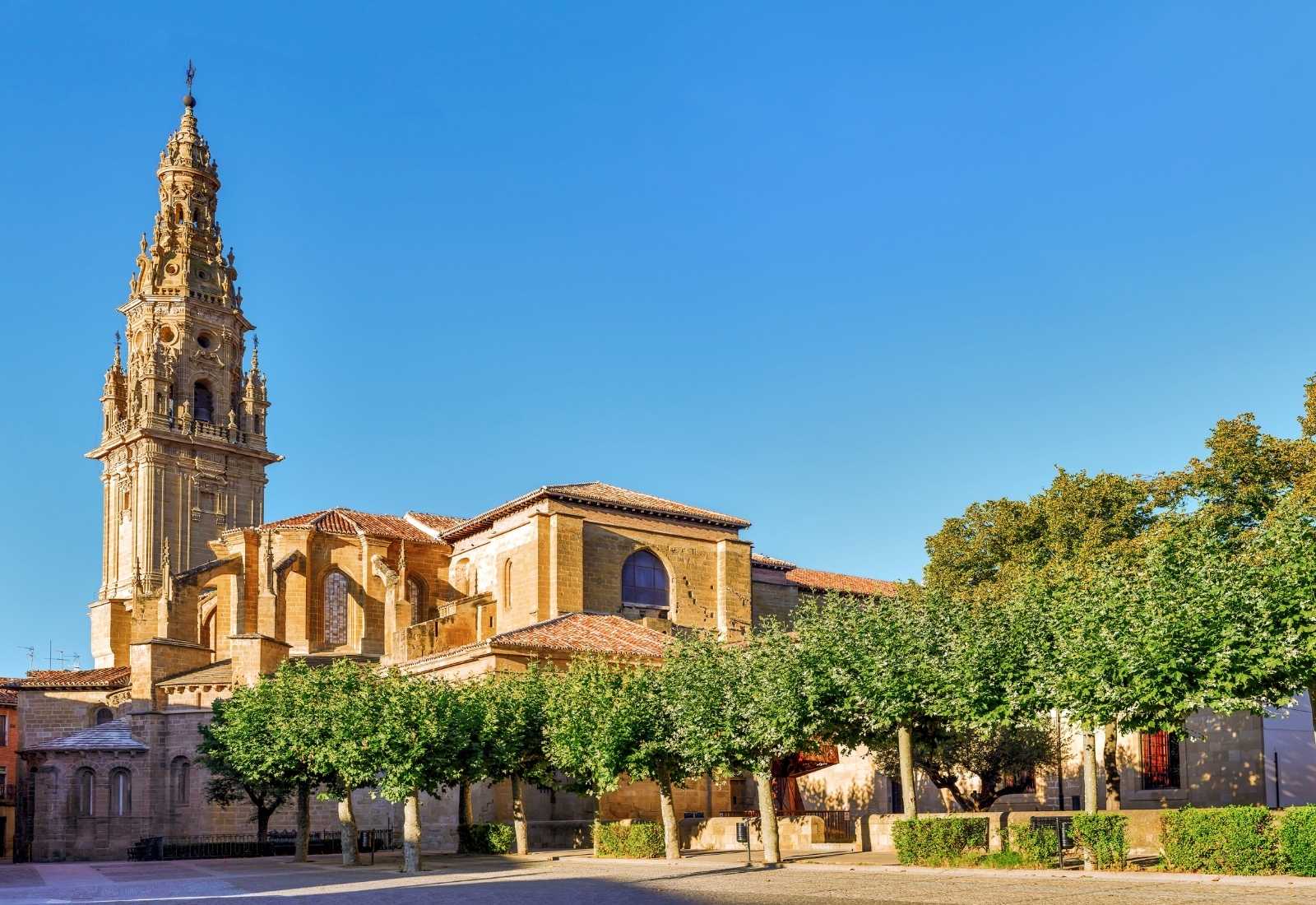 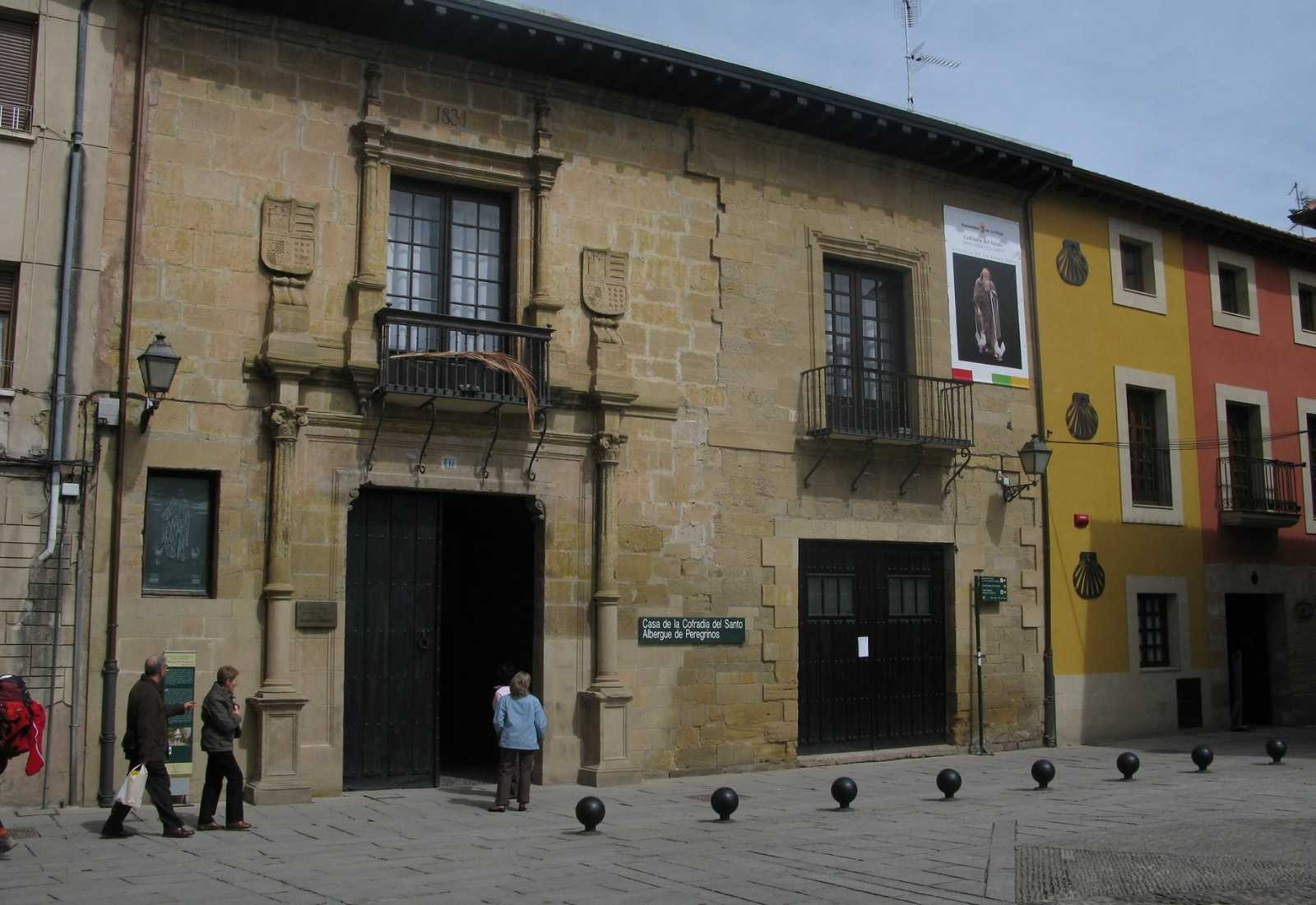 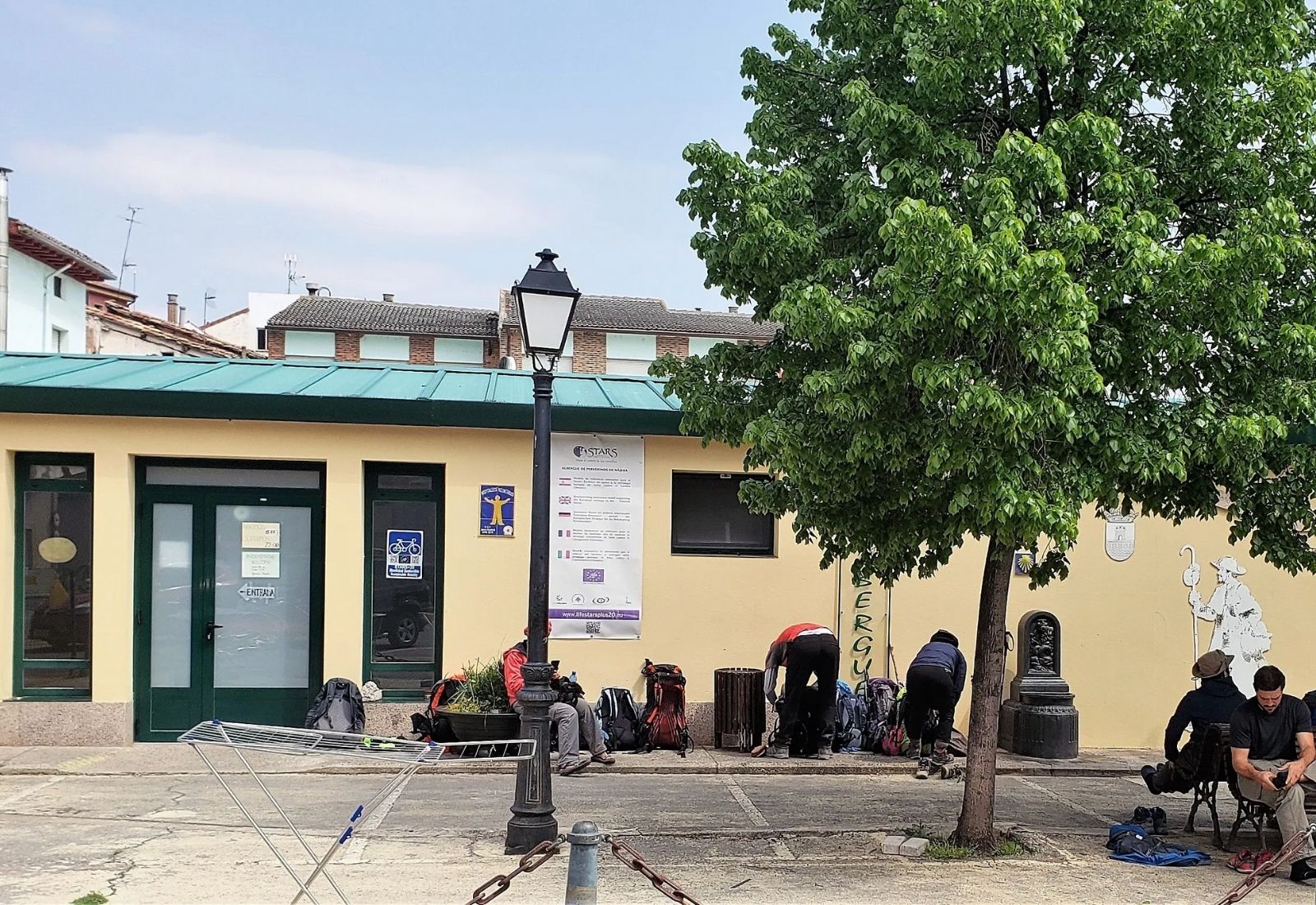