We leave the Pyrenees to approach the valley where the city of Pamplona is located. During the route between Roncesvalles and Zubiri we will find moderate slopes such as the ascent to the Mezkiritz and Erro passes, or the steep descent to the end of the stage. Efforts that will be rewarded by the lush forests, meadows and Pyrenean villages that we will leave in our path and that will be a gift for the senses.

We bid a sad farewell to Roncesvalles along a path parallel to the N-135 in direction to Zubiri, which enters from the right into the Robledal de Brujas. A leafy forest where some of the most famous covens of the 16th century were held, which led to a notorious repression that ended up leading to the burning of nine people in the area. We will continue our route passing by the Cross of Roland, where the feats of Charlemagne are commemorated, until we reach the town of Burguete, where we will find bars where we can stock up on supplies.

We leave from
Burguete
and we cross the stream of the Urrobi river, going through a path between green meadows to Espinal, a small village surrounded by the landscape that Ernest Hemingway loved, who catalogued this stage as the most damned wildest territory of the Pyrenees. Just before the road leaves El Espinal, we turn off to the left and begin the ascent to the Mezkiritz pass, where we will enjoy spectacular views over the Erro valley.

We descend until we reach Bizkarreta-Guerendiáin with half of the route behind us, it is a good time to stop to catch our breath.

We leave Bizkarreta along a path that runs to the left and reach the next village, Linzoáin. From here we begin to ascend to the Alto del Erro, combining steep slopes with stretches of ascent that make it difficult to reach the top. But the effort is rewarded with the majesty of the surroundings: forests of pine, birch and oak trees that give breath and strength to the pilgrim. After passing some electric towers, we will make a short stop to enjoy the incredible views offered by the viewpoint before starting the descent to Zubiri.

The descent gets harder and harder, so it is very important to take extreme precautions, especially in the rain. After the long descent of the Alto del Erro, we reach the Puente de la Rabia bridge over the river Arga, where we reach the end of the stage, Zubiri.

Many pilgrims who start in Roncesvalles decide to finish their stage in Larrasoaña, 5.5 kilometres beyond Zubiri.

In Burguete the path runs along a road without a hard shoulder, so we must be extremely careful.

Although the climb is moderate, the ascent to the Alto del Erro is not difficult. 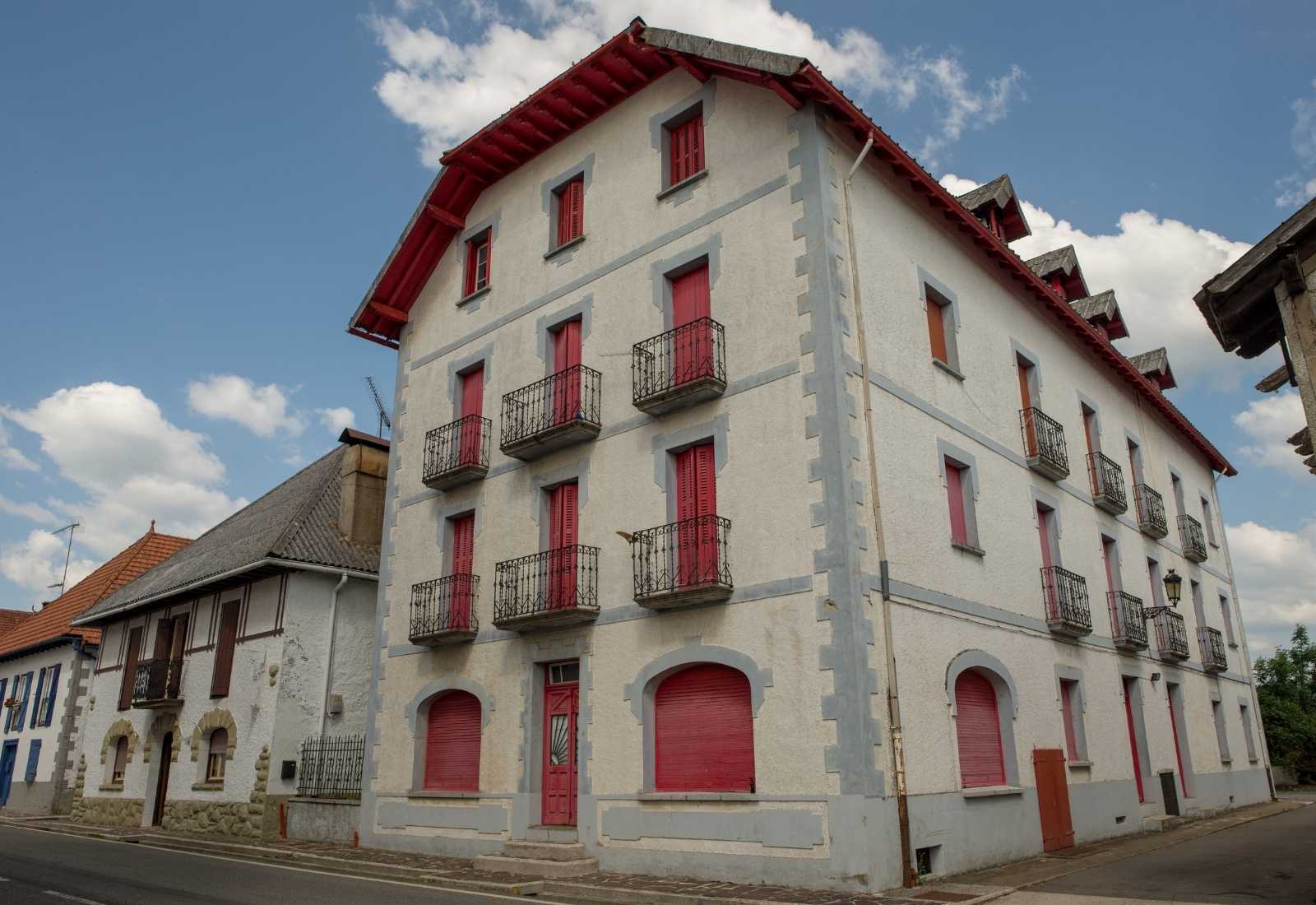 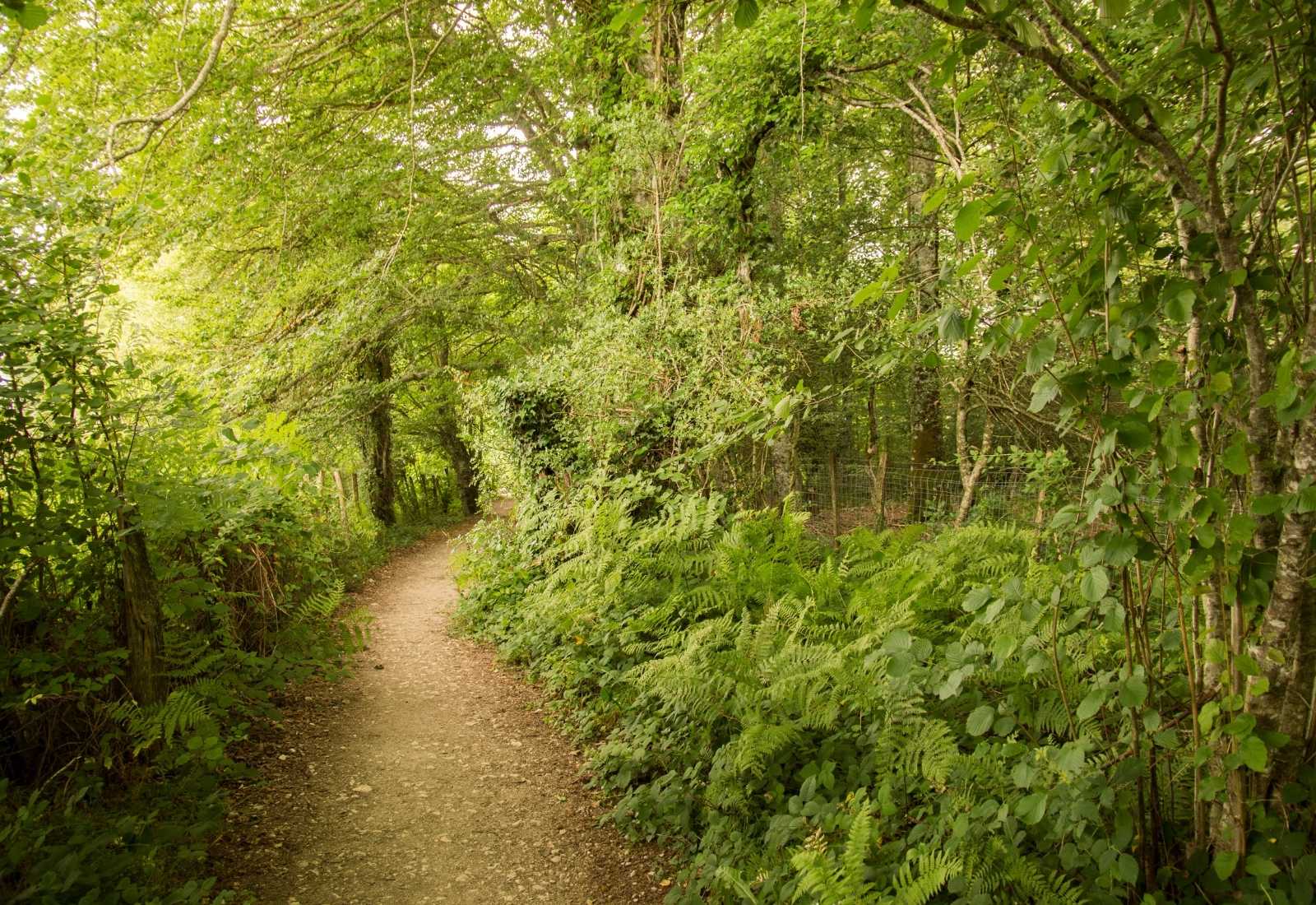 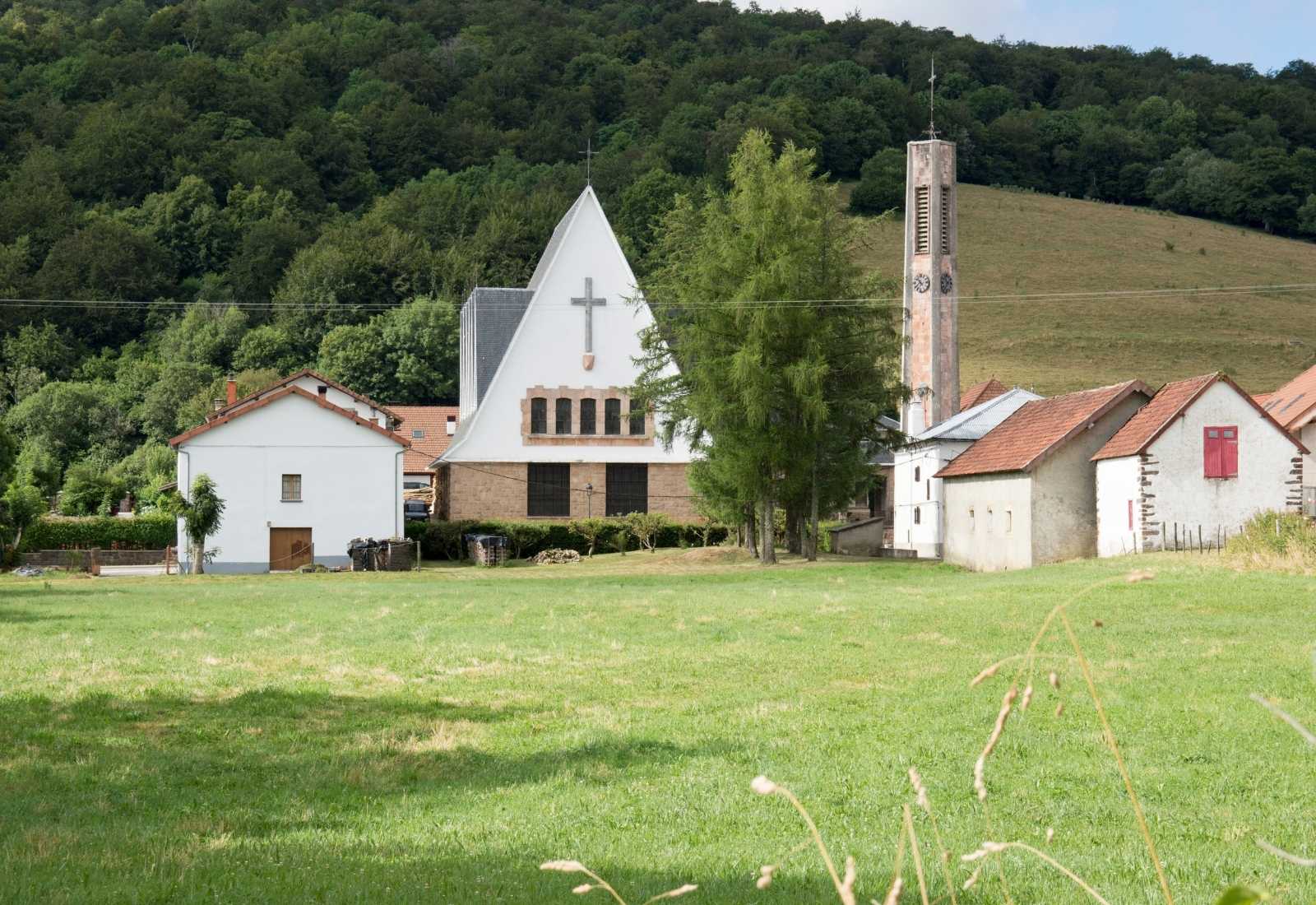 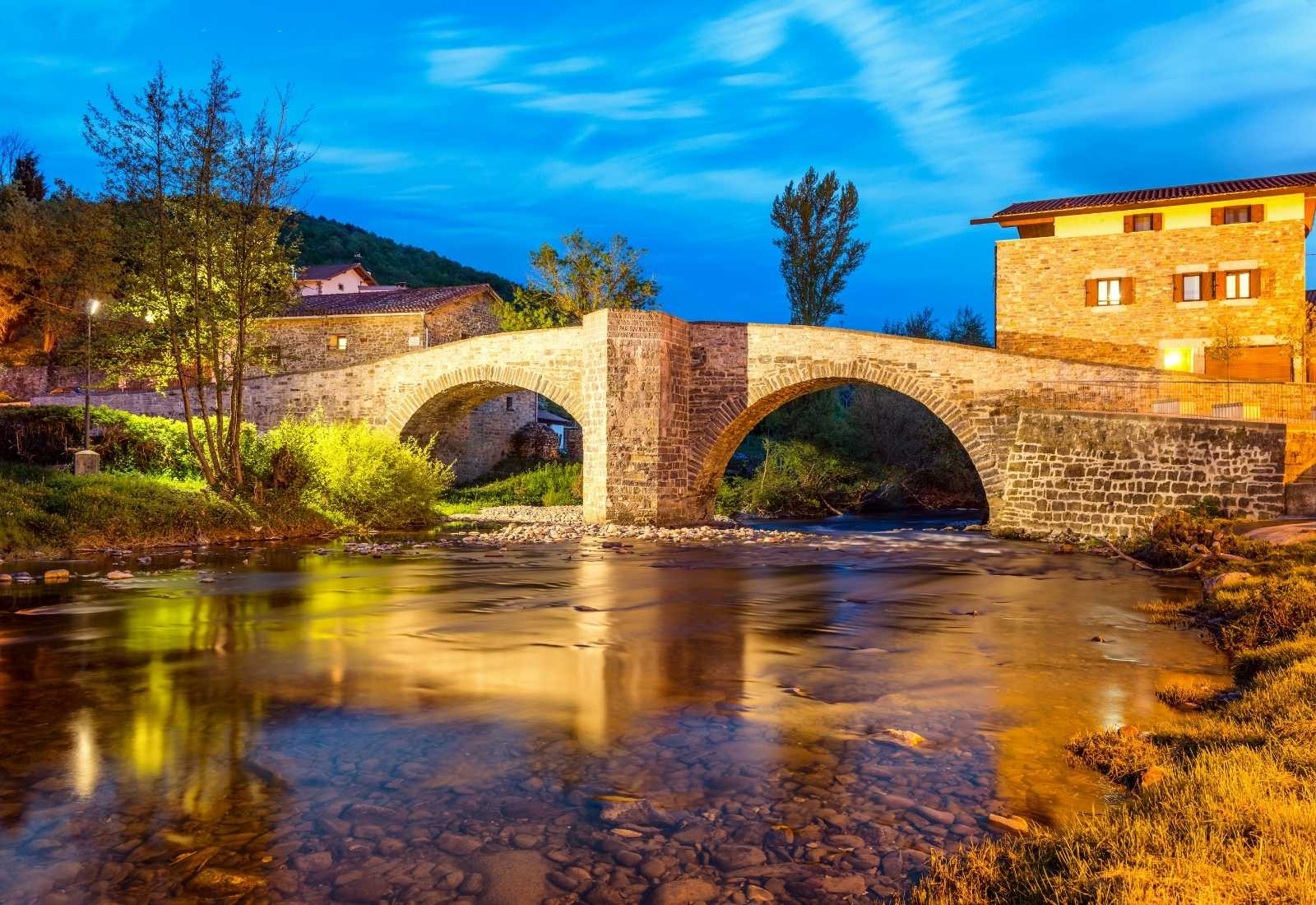 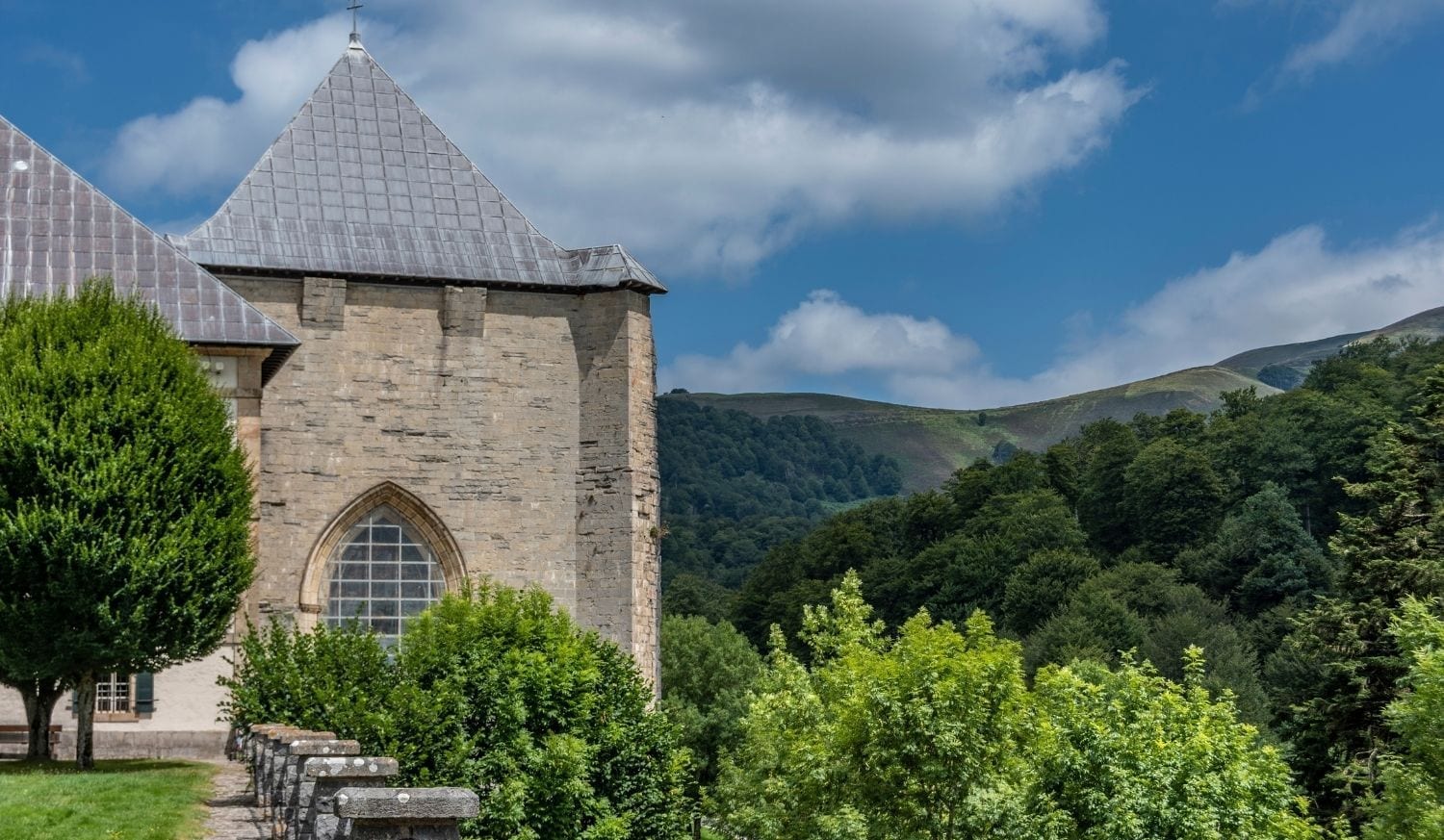