The Galician paradise. Discover the coast of Galicia through its beaches.

As you know, Galicia is very coastal, with the Cantabrian Sea to the North and the Atlantic Ocean to the West. According to the INE, it has around 1498 kilometres of coastline divided between its three provinces with coastline, namely Lugo, A Coruña and Pontevedra, being the leading region of Spain in this sense. In addition, this coastline differentiates the Rías Altas, from Ribadeo to Finisterre, and the Rías Baixas, from Finisterre to A Guarda. Beyond the gentle estuaries, in Galicia you will find wild cliffs, and, of course, some of the best and most fabulous beaches.

In this article we are going to recommend you the best beaches in Galicia, many of which will offer you more than just a good swim. For this selection, which is not easy, we will travel from North to South. 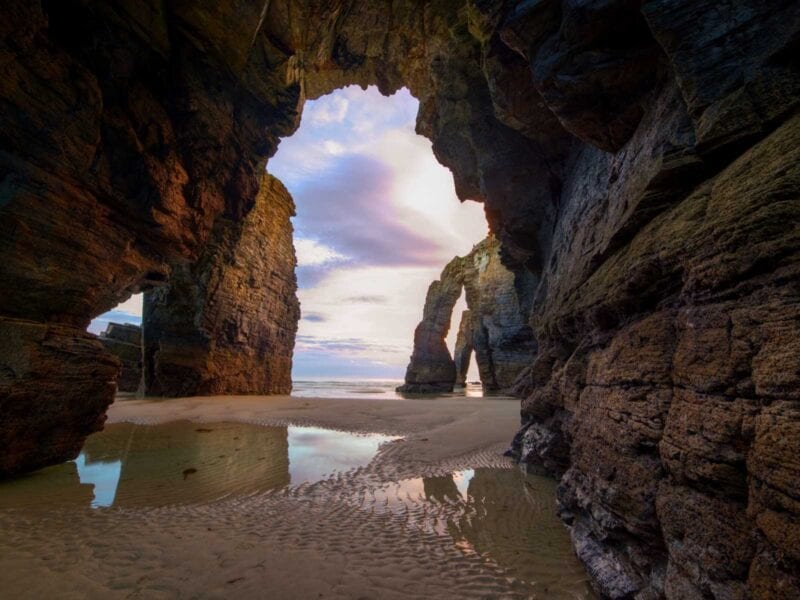 It is an urban beach, very close to the city centre of Viveiro, city and capital of the municipality of the province of Lugo to which it belongs. With about 1.5 kilometers of fine sand and shell-shaped, in high season has a lot of tourists. Several rocky shapes dot its inlet in the Viveiro estuary, called “castelos” (castles in Galician), where once upon a time Several ships were wrecked; the most famous was the case of the Fragata Magdalena, which in 1810 succumbed to a strong storm and a father and son of the crew died, and since then, the Navy forbade two members of the same family to travel on the same ship. 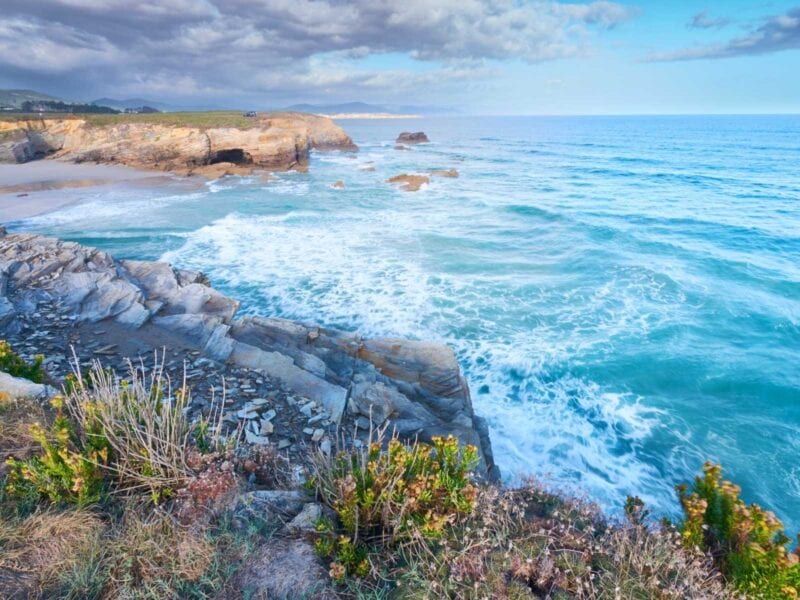 In the town and municipal capital of Valdoviño, region of Ferrolterra and Province of A Coruña, extends this fabulous sandy area of about 3.5 kilometres in length. A Frouxeira Beach is a protected natural area, with its homonymous lagoon of great ornithological importance. It is also a mecca for surfing, as national and even international championships are held there. In fact, in the city centre you can visit the only museum dedicated solely to surfing in Spain, the Ocean Surf Museum. 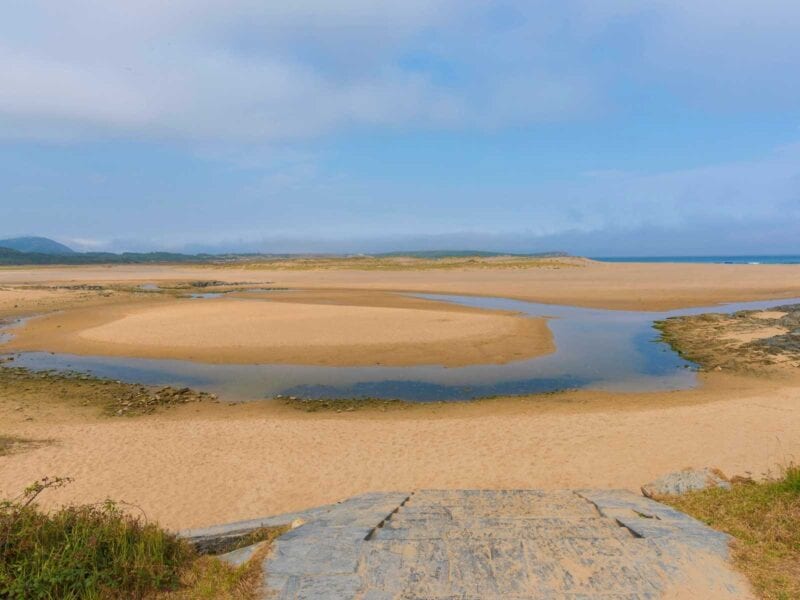 It cannot be absent in this list some of the beaches of the Costa da Morte, and we are left with the fabulous set that form the Beaches of Trece belonging to the City Council of Camariñas in the Route of the Lighthouses. A practically unspoilt natural environment, facing the Atlantic Ocean, between the dunes of Monte Branco and the English Cemetery and Punta do Boi, where among several shipwrecks, highlights the British torpedo cruiser HMS Serpent in 1890. A protected environment and wild nature, where you can choose any corner as you will surely be alone in its sandy beaches. 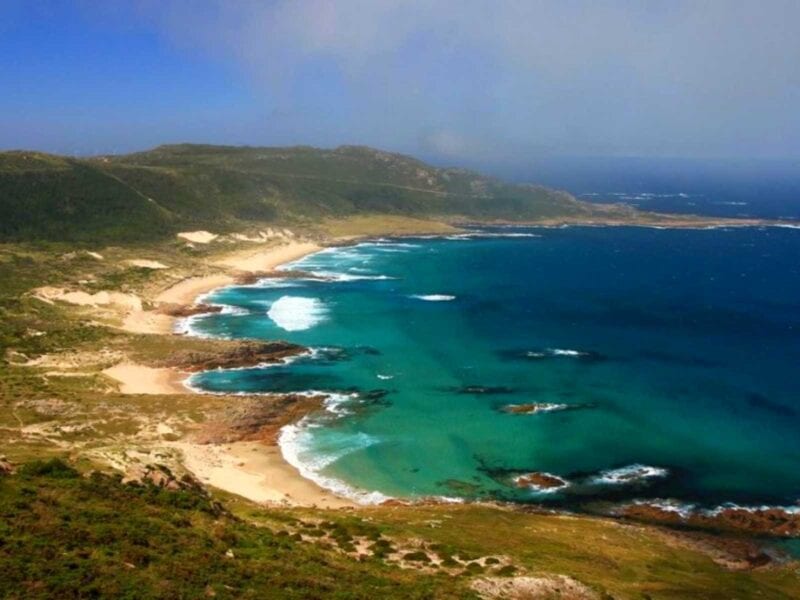 With its 7 kilometres of sand, it is considered one of the longest in Galicia. Located in the bucolic village of Carnota, capital of the municipality of the same name in the province of A Coruña, is shaped like a half-moon and is only interrupted by a stream that leads to the sea. A protected area of great environmental value, to the north it is enclosed by the great granite mass of Monte Pindo, the Celtic Olympus, which is followed by the famous Ézaro Waterfalls. In the village of Carnota, after bathing, you can enjoy an aperitif and appreciate one of the longest hórreos in Galicia. 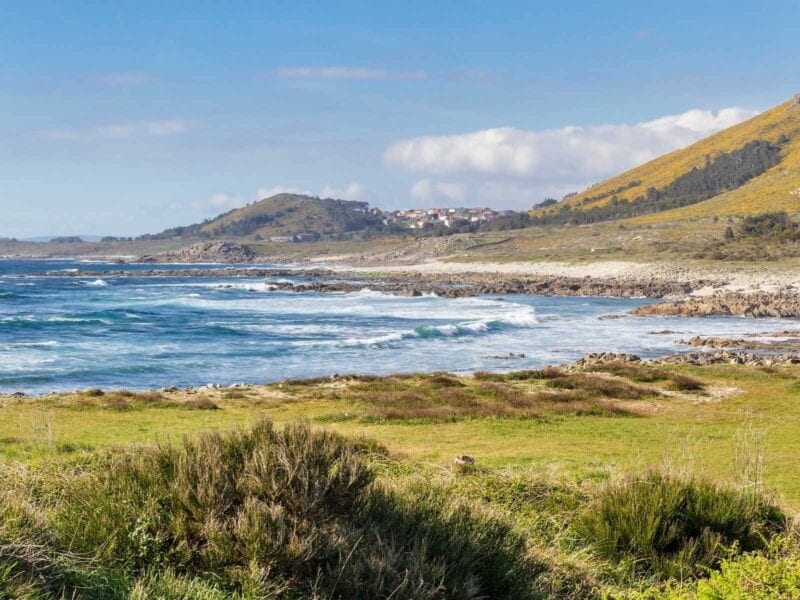 Beach of Baroña (Porto do Son, A Coruña) 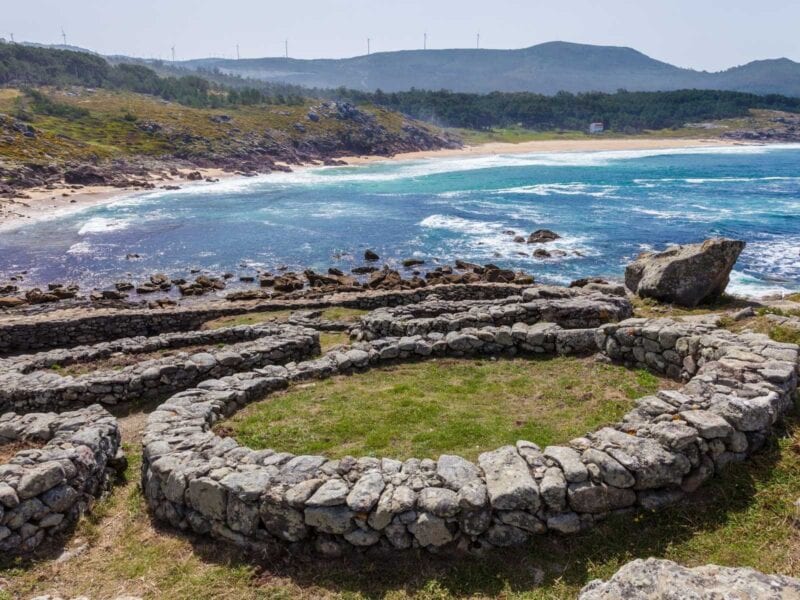 This sandy beach of almost three kilometres is a regular in obtaining the blue flag. Near the town of O Grove, capital of the homonymous municipality in the province of Pontevedra, it is one of the most famous beaches in Galicia, with exceptional panoramic views in a protected area. Here you can practice water sports and learn about the history of the area, as at its southern end you can visit the Tower, the Castro and the Hermitage of Nuestra Señora de A Lanzada, which will tell you about timeless legends. 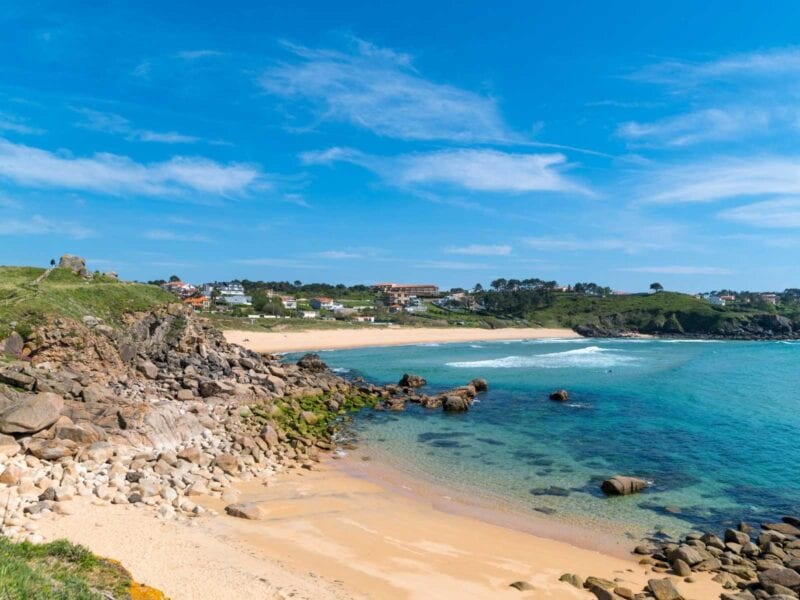 Perhaps one of the best beaches in Spain and Europe, when you visit it you will understand why they call it “the Caribbean”. As part of the City Council of Vigo, in the Province of Pontevedra, this beach is located in the Cies Islands, which is part of the Natural Park of the Atlantic Islands, at the exit of the Ria de Vigo and overlooking the vast Atlantic Ocean. The beach, with a length of more than one kilometre, joins two of the islands, Monteagudo to the North and Faro to the South. To access them you have to book a place in this link and then book the ferry that can be taken in different ports of the Ría de Vigo. The area offers basic services such as bar and restaurant, and you can enrich your visit with small hiking trails always surrounded by the sea and even diving, for which you must request permission here. Undoubtedly, one of the main tourist destinations in Galicia. 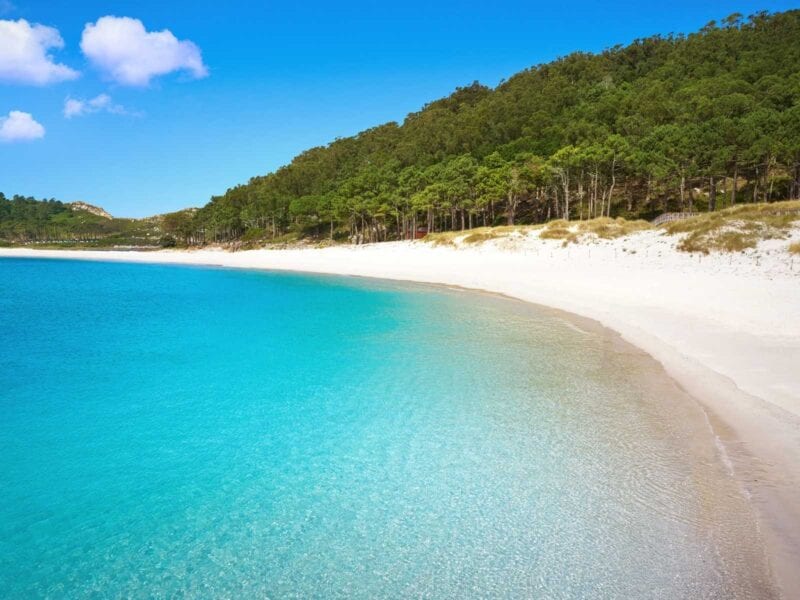 In conclusion, quality beaches, to enjoy, respect and protect.

A characteristic of the more than 700 beaches of Galicia is the little overcrowding and overdevelopment that can be found in their surroundings, with a few exceptions. In addition, in 2020, Galicia registered a total of 107 beaches with blue flag, which certifies the quality of its waters, beaches and services. Moreover, as we have seen, many of them are protected ecosystems of great ornithological importance. Therefore, it is everyone’s job to respect and care for them.

In this article we have introduced you to some of them, and there are still many more. Come and take a dip with us?