Following the significant drop in the number of pilgrims on the Camino de Santiago in the ill-fated year 2020, the year of Covid-19With the improvement of the health situation and the opening of the Autonomous Communities and international borders throughout the present year 2021, with around 180,000 pilgrims requesting their Compostela, the Pilgrim’s Way to Santiago has experienced a recovery that allows us to dream of an exceptional Holy Year 2022. This is the positive forecast of the Xunta de Galicia, which foresees a second Holy Year and Xacobeo 2022 that may set a new record.

The Way of Saint James, strong in the face of pandemics and wars

The Way of St. James was born, as we know, in the Middle Ages, and quickly achieved great success, witnessing the passage of thousands of believers. He is very experienced in pandemics, and the Covid-19 is nothing new to him. Already in the 14th century the Black Death ravaged the European population, as did the Spanish flu at the beginning of the 20th century. On the other hand, as a consequence of war and religious conflicts in Europe at the time, towards the 16th century it also lost strength, and in the 17th century it even became a refuge and hiding place for delinquents (there were ordinances that prohibited giving shelter “to the beggars of Santiago”). 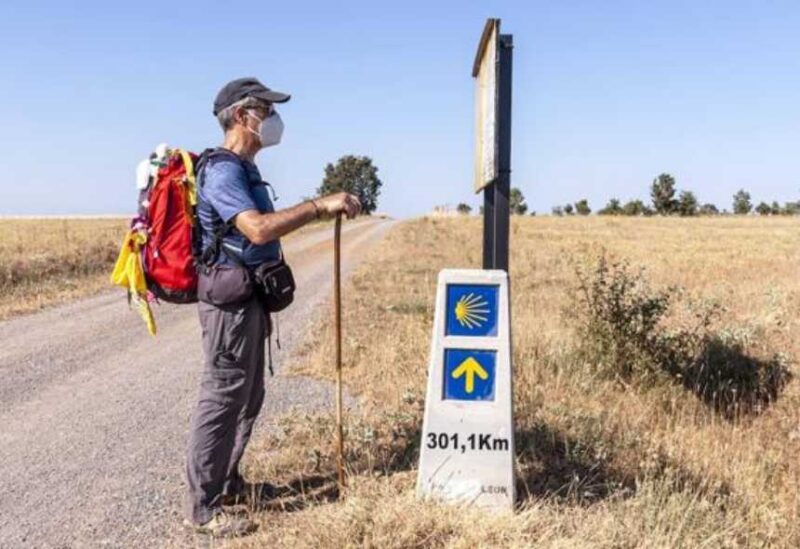 The recovery of the Way of Saint James and “what doesn’t kill you makes you stronger”.

It would not be until the 1960s when it would begin to be reborn, thanks to the will of various anonymous pilgrims and personalities such as Elías Valiña, the priest of O Cebreiro, who would mark it for the first time with the now famous and official yellow arrows. 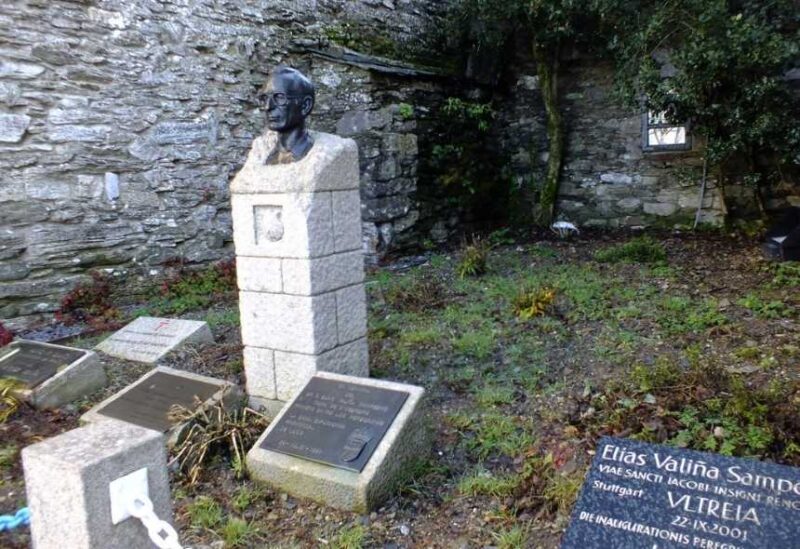 The visits to Santiago de Compostela of Pope John Paul II in 1982 and 1989 would mark a before and after in this revival, since in 1982 almost 2,000 pilgrims would arrive in Santiago de Compostela, an unthinkable figure at that time. A number that, for ten years, would continue to grow until, in the Xacobean Year of 1993, it reached almost 100,000 pilgrims, another new record.

The following Holy Years would mark new milestones, and from the Holy Year 2004 onwards, the number of pilgrims would always exceed 100,000, with or without a Jubilee Year. In fact, the current record stands at 347,511 pilgrims in 2019, the ninth successive year in which the Camino de Santiago has been adding more pilgrims and the fourth consecutive year that accumulates an absolute record. Many foreign pilgrims would know the Camino de Santiago that year, adding up to more than half of the total number of pilgrims and with origins as curious as Nepal, Liechtenstein, East Timor or Fiji.

The pilgrims of the pandemic, branded Spain

While it is true that the pre-pandemic trend showed an increase in foreign pilgrims over the last five years to the detriment of national pilgrims, the annual balance of 2020 has shown us that thanks to the national pilgrimage it has been possible to recover a sector that has been extremely hard hit by the pandemic. This is due to the promotion that has been made of national tourism for nationals by the administrations, in addition to the uncertainty, risks and complications that were, and still are, traveling abroad. 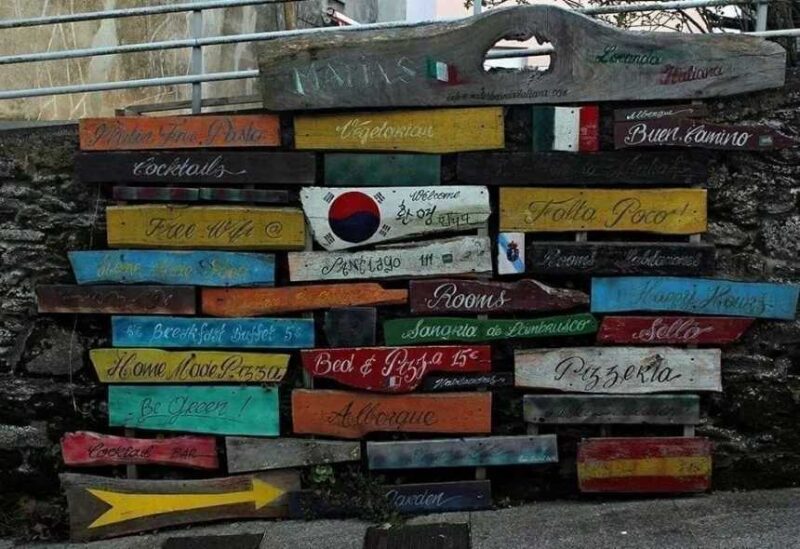 And it is that around 90% of the pilgrims registered last year came from other Autonomous Communities, a not inconsiderable figure that makes us look to the future with hope, trusting that the Camino de Santiago continues to gain value as a safe and quality destination for all pilgrims.

The year 2020 and the appearance of the virus stopped the record trend, and the year 2021, despite being a Holy Year, has not managed to return to that dynamic, as the recovery is slow, although very good , no doubt due to the help of the Xacobean year. This has been expressed by the first vice president of the Xunta, Alfonso Rueda, in a recent plenary session of the Parliament of Galicia, where he also spoke of estimates that are around 200,000 compostelas at the end of 2021.

Good feelings on the Way of St. James and in Galician tourism in general, because if we stop to analyze the annual statistics published by Turgalicia and the INE, we can conclude that This year the 2020 figures have quadrupled and the numbers reach results equivalent to the statistics of the central years of the last decade. 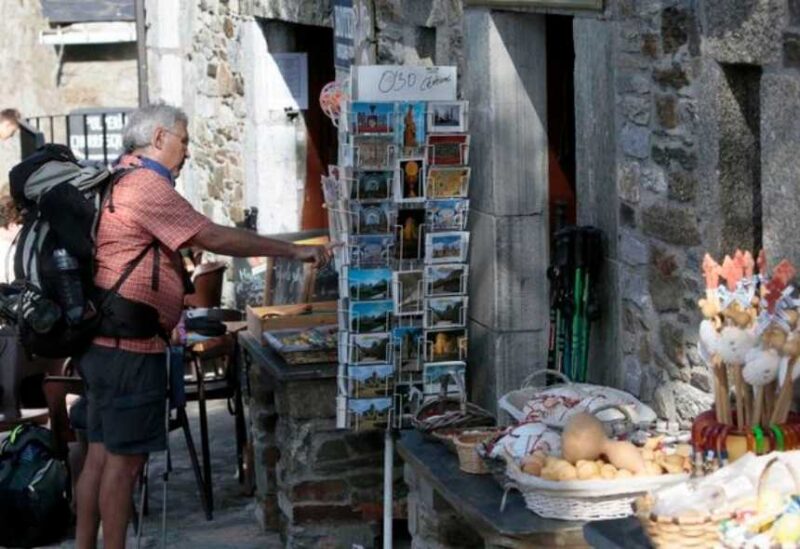 We must take into account the completion of the works of the Cathedral, the reopening of the Portico de la Gloria and other visits such as the roofs of the basilica, powerful tourist attractions of Santiago de Compostela that are highly demanded in tourist visits. All this, wrapped in a vast and interesting cultural program called Xacobeo 21-22.

“Hope is the last thing to be lost.”

As you can see, we love popular sayings. The measures taken during the last year and the distribution of vaccines augur a perfect scenario for a record recovery, hoping that in this second part of the Biannual Holy Year the numbers will not only recover, but will follow the pre-pandemic trend of setting records in each season. There is room for hope. The extension of the Holy Year of Pope Francis can give wings to the Way of St. James. In addition, his probable visit to Santiago de Compostela visit this summer to Santiago de Compostela, pending official confirmation, will be the definitive “boom” that the First European Cultural Itinerary needs.

We are positive about the future of the Camino de Santiago, which is so necessary for all of us who want to live and enjoy it, as well as falling in love with it. We will follow very closely the evolution of the Camino de Santiago: the Xunta foresees a record Xacobeo 2022, and we agree and even go further, preparing for the great invasion and avalanche of pilgrims that will surely come in the coming holy months.