The Camino de Santiago has a rich variety of symbols, which has been enriched over the years. In the following article we analyze what are the main symbols that you will find on the way and their meaning. Take note so you don’t miss anything and enjoy every detail on your pilgrimage to Santiago!

Also known as the common scallop, it is the symbol par excellence of the Camino. In ancient times, it was given to pilgrims as a token of having completed the pilgrimage to Santiago de Compostela. There is evidence that the scallop was also a useful utensil in the daily life of the pilgrim with practical uses such as drinking water or taking food. We are undoubtedly in front of one of the oldest symbols since it appears reflected in the Codex Calixtinus as a gift given by the clergy to the pilgrims. 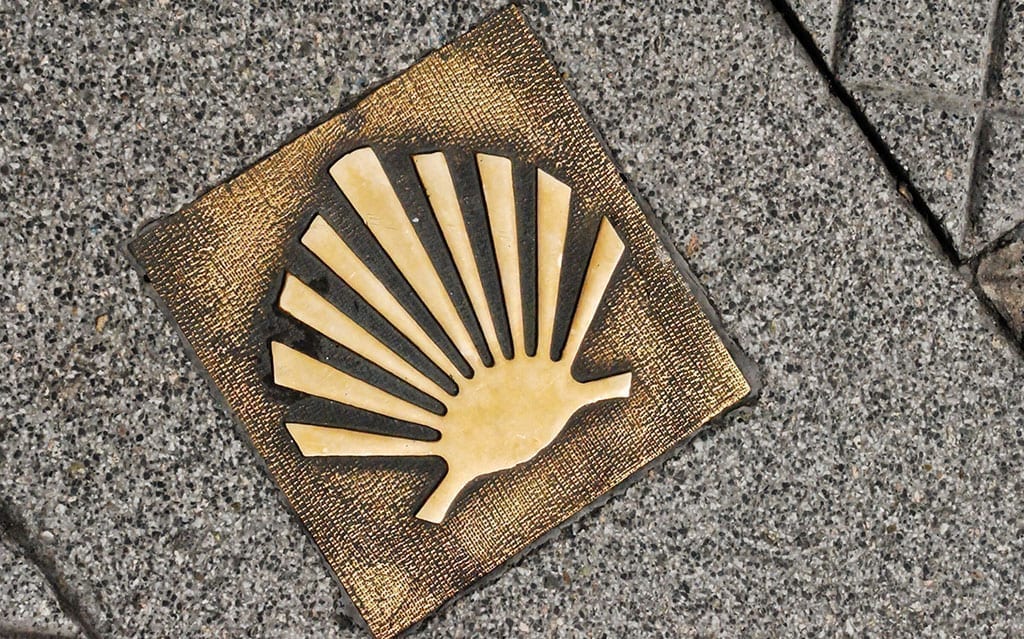 The cross of Santiago

This peculiar looking cross is characterized by being a Latin cross gules . Its shape simulates that of a sword that has the shape of a fleur-de-lis on the hilt and arms. Its historical origin is linked to the crusades where the religious knights carried a cross of similar appearance that they nailed to the ground to carry out their prayers. The symbolic meaning of this cross is strongly linked to the Apostle Santiago since the sword refers to the combative and chivalrous character of the apostle.

Nowadays we can find this symbol as a decorative aspect in the delicious cakes of Santiago that you should not miss on your pilgrimage. 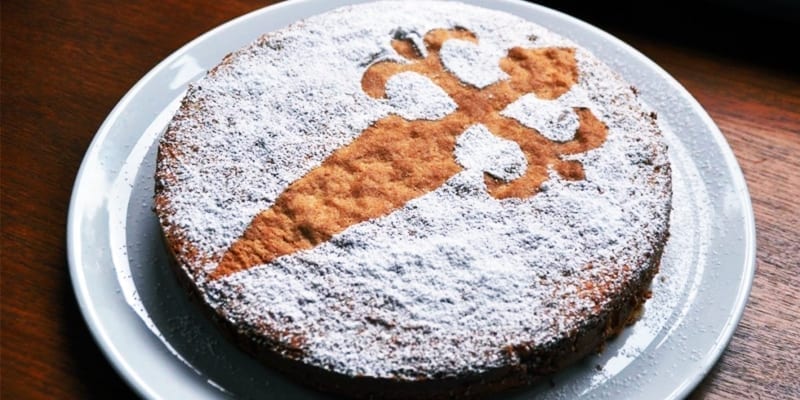 The best friend of the pilgrims, this arrow will show you the way to follow in each stage. This fabulous initiative has its origin in the 70’s when father Eliás Valiña decided to start painting them to mark the way to Santiago. The yellow colour was chosen for its good visibility as it stands out in an environment where the green of the woods and the grey of the stone