Canfranc – An architectural monument next to a medieval town

To make your plans easier we have compiled some useful information so that you can take advantage of the delights this city has to offer and have some clear recommendations on where to eat, where to sleep, what to do and how to get there.

Take a look at the information we have prepared for you and start to feel the excitement that comes with visiting a historic place like Canfranc.

What to see and do in Canfranc?

Canfranc is a municipality located in the autonomous community of Aragon, province of Huesca, Spain, which actually consists of two towns, the original village of Canfranc and Canfranc Station. At an altitude of 1,190 m, it is part of the Somport pass on the Camino de Santiago and its name comes from Campus Franci, which can be translated as “the field of foreigners”.

Historically Canfranc is recognized as the closest town to the Somport pass in this part of the Pyrenees on the border between Spain and France. Due to its location, a customs office was established here in the 11th century to collect taxes and tolls from traders and travellers passing through the Pyrenees on their way to Jaca. In this way, Canfranc became an important cross-border trade centre between Aragon and the French province of Béarn. For this very reason, this place was chosen by pilgrims on their way through the Pyrenees to Compostela. 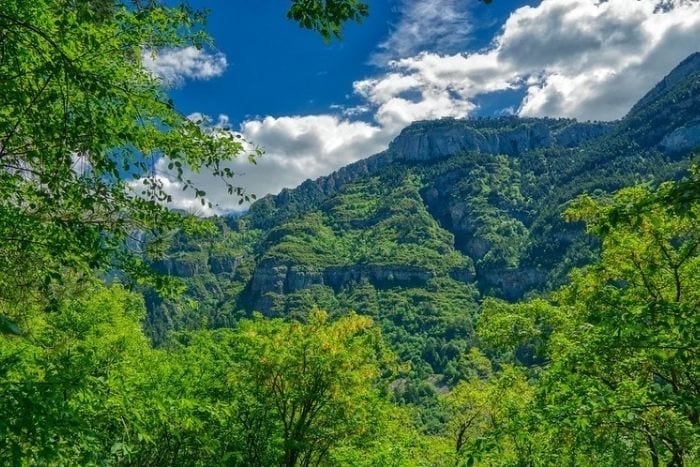 The heart of the city was located at the bottom of the valley, which is not very comfortable for agriculture and forced its inhabitants to take an entrepreneurial attitude. Despite these intentions and the income collected from the pilgrims, living conditions in Canfranc in the Middle Ages were very difficult, so in the 14th century, Peter IV of Aragon allowed French wine to be imported without paying the tariff.

Gradually it was improving its infrastructure as transportation center, until in 1928, when the Canfranc International Station, which connected both sides of the Pyrenees by rail, has become today one of the main tourist attractions of the western part of the Aragonese Pyrenees.

The numerous events that have occurred in Canfranc, make it a unique place to visit. The main attraction you can see there is the International Station. A huge building in a transitional style, a mixture of modernism and art deco, crowned by a curved slate-coloured roof with four pyramid-shaped pinnacles at each end.