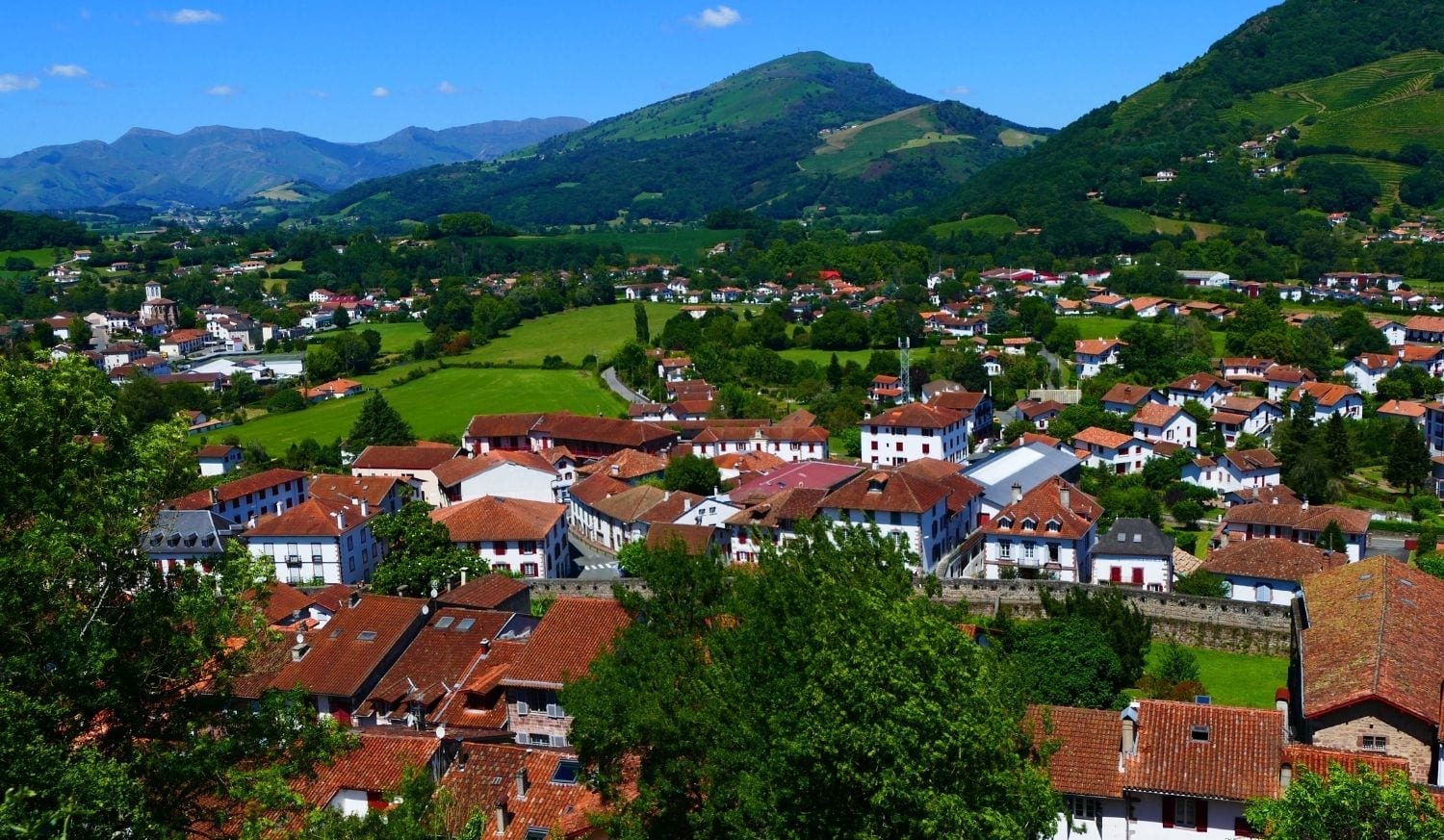 In the interior of the French Basque Country we find the beautiful Saint Jean Pied de Port, starting point of the French Camino de Santiago. The town is located at the base of the Pyrenees and hence the name “at the foot of the pass”.

This city is the capital of the historic Basque province of Navarre.Lower Navarre It is located on the river Nive, only 8 kilometres from the Spanish border.

Surrounded by pink sandstone walls, the medieval city takes us to a real fairytale with unmissable views for pilgrims.

What to see and do in Saint Jean Pied de Port

This Roman bridge over the river Nive is undoubtedly the most sought after photo of Saint Jean Pied de Port. And no wonder, the beautiful village with its houses bathed by the river is a postcard. 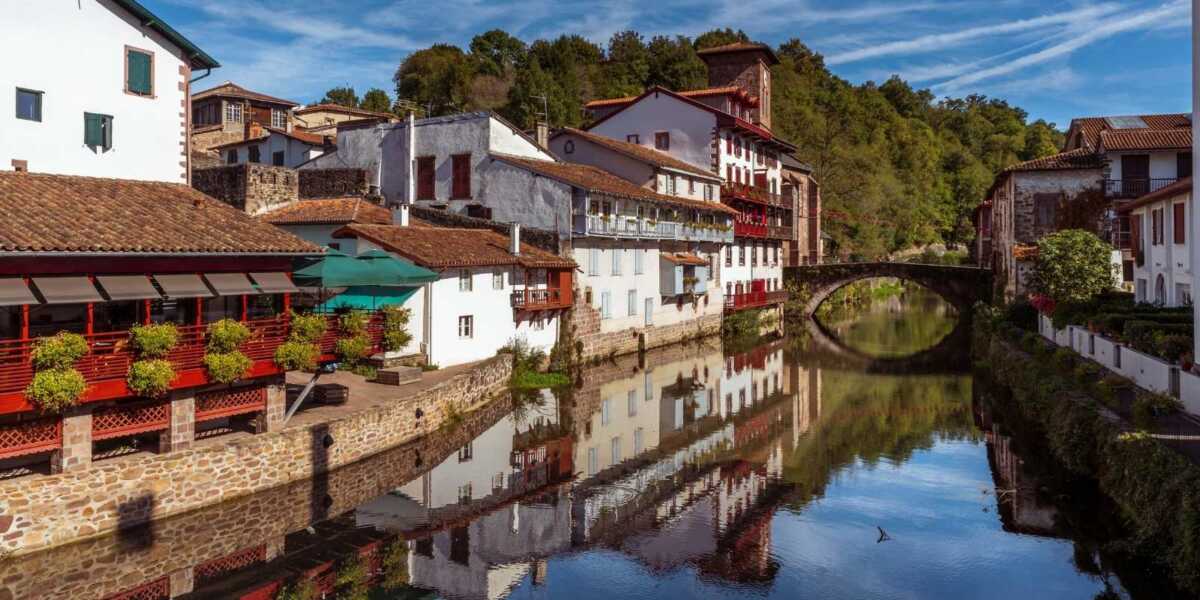 Built on the site of the ancient castle-fortress of the kings of Navarre, on the hill of Mendiguren, the citadel of Saint Jean Pied de Port dominates the town from a height of more than 70 metres.

We can arrive from the same Door of Notre-Dame, where it begins the Rue de la Citadelle, a street paved with old buildings of the XVIth and XVIIth century where the white and red colors predominate. Many of them are decorated with beautiful flowers that give even more charm to this beautiful village. 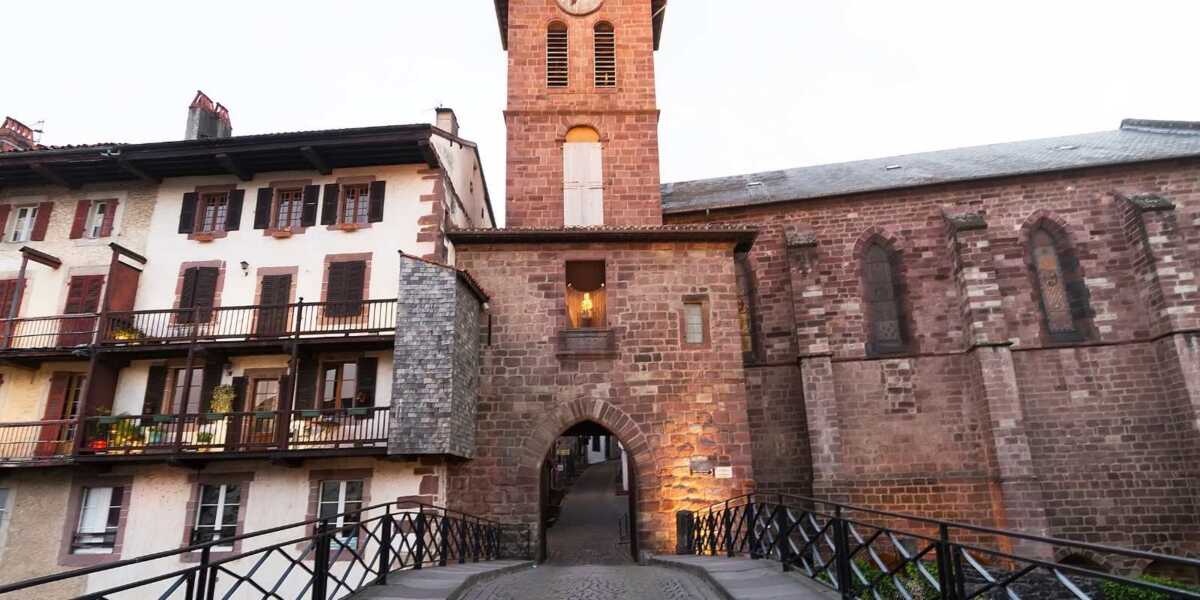 The Prison of the Bishops

This enigmatic building gets its name from the fact that the presence of bishops in Saint Jean Pied de Port was considered abusive in the Middle Ages and that it was used as a prison in the 18th century. Located in the Citadel, the original function of this building is still uncertain.

Listed as a UNESCO World Heritage Site in 1998, it is one of the fortified gates of the medieval town of Saint Jean Pied de Port. It is the historic entrance of the pilgrims on their way to Compostela, so it owes its name to the passage of pilgrims on the Camino de Santiago. 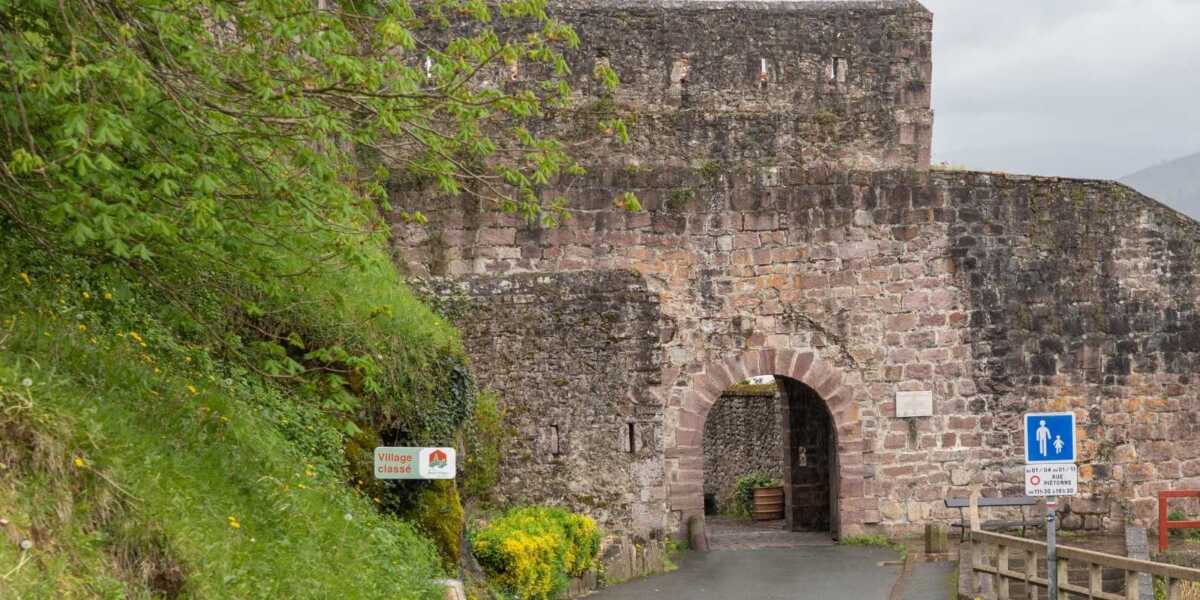 Inscriptions on the doors of the houses

Saint Jean Pied de Port is also famous for the inscriptions on the doors of almost all its houses. One of these inscriptions is from a bakery, and on it you can still read the price of wheat in 1789. These inscriptions were used during the Basque Renaissance in the early 20th century as a starting point for the creation of the Basque typography that can be seen today throughout the region. 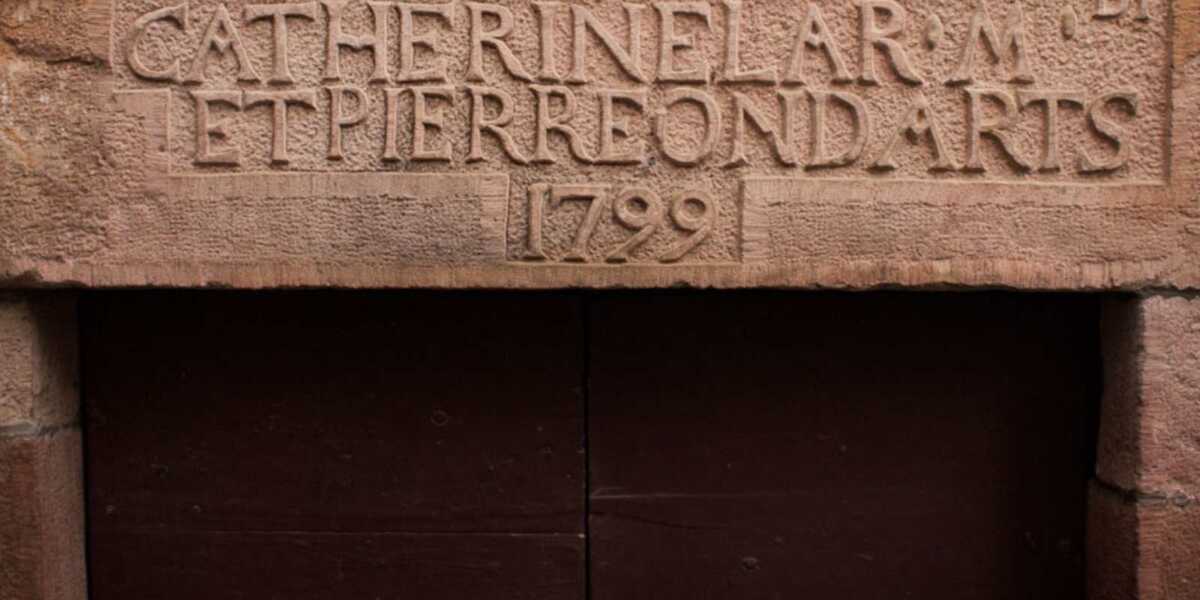 Walk along the walls

The historic centre of the town is surrounded by walls, so it is also an excellent plan to stroll around and take in the beautiful views. 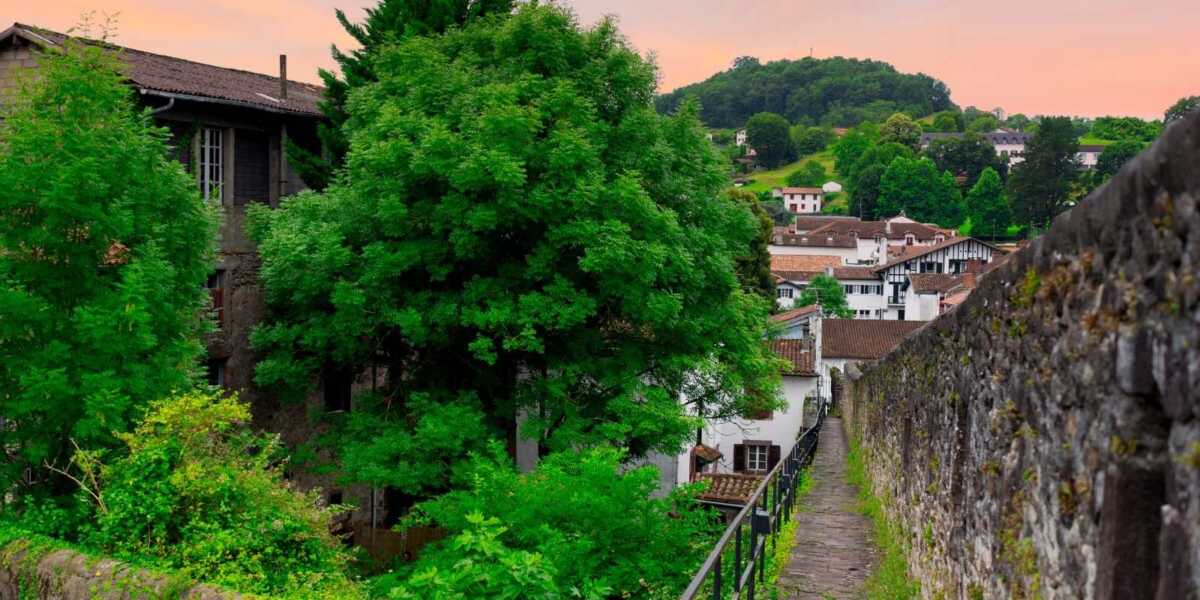 In the Trinquete street we find one of the neuralgic points of the village and in which every Monday a pelota game takes place. This is the Trinquet Garat, which dates from the beginning of the century. XX and that, if you’re lucky enough, you’ll be able to see it live. A very interesting place because there the ball is almost religion.