A new Way promoted in the land of Korea: The “Jeju Olle”.

Just as in Europe, and especially in Spain, we have the Camino de Santiago the First European Cultural Itinerary, and just as in Japan, there is the Kumano Kodoin South South Korea also has its own pilgrimage route, the “Jeju Olle” on Jeju Island.. A Korean pilgrim to Santiago de Compostela in 2006 was so taken with the pilgrimage route to Santiago de Compostela that she decided to develop her own route in her country. Now, Koreans have their own hiking trail, the “Jeju Olle Trail”..

South Korea is a mainland country made up of many islands as well. One of them, the furthest away from the Korean peninsula, is the Jeju Islandlocated halfway between the Yellow Sea and the East China Sea. It is a volcanic island with an unusual tropical beauty, which is is a tourist destination in great demand among lovers, brides and grooms and honeymooners..

This island has its own culture, different from mainland South Korea, including its language, with notable differences with respect to mainland languages and dialects. In fact, the name of the route contains a term from their language, “Olle”, which means “narrow road”.. Let’s know a little more about the route “Jeju Olle”. 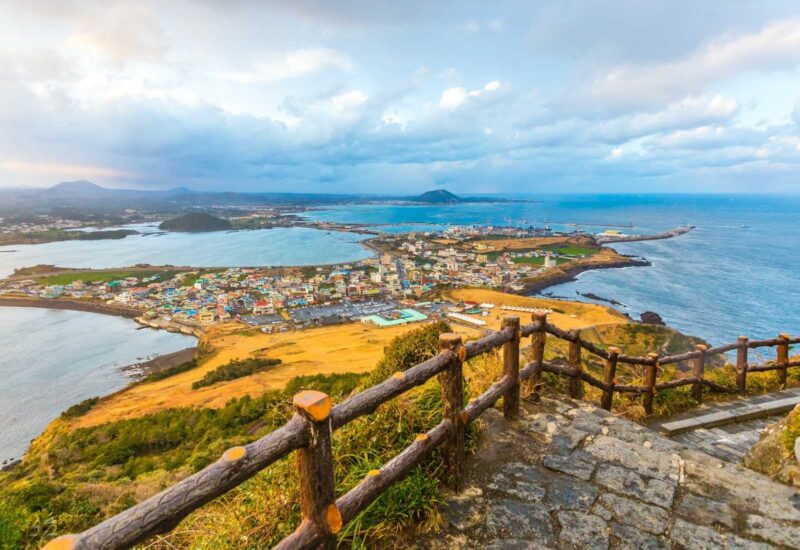 As we noted above, a Jacobean pilgrim by the name of Suh Myung-suka journalist in South Korea and a native of Seoul, was captivated by her Jacobean experience and, on her return home, she decided to to develop a route in her country. He researched the island with the vocation of creating tourist and hiking routes, and then created the Jeju Olle Foundation to implement the development of his new project, the “Jeju Olle Way”.. It was necessary to choose the right paths and connect them, as well as to prepare the trails, widening them, removing obstacles and marking them.

“The birth of Jeju Olle Trail is inspired by the Camino de Santiago”.

Once this was done, “Jeju Olle” was born “Jeju Olle”, a network of long-distance trails along the island’s coastline was born.. There are a total of 21 connected routes, 5 sub-routes and a final one connecting to Jeju International Airport (this girl is into everything!). They are routes of an average of 16 kilometers that add up to a total of 425 kilometers.although the trails can be modified or rerouted.

The Jeju Olle Foundation marked the route.The Jeju Olle Foundation marked the route, and among the signs, the following are worth mentioning: the “ganse gives direction at forks, blue and orange ribbons, and blue and orange ribbons decorate the route, the arrows indicate the direction and the S” and “F” labels indicate the start and end of a wheelchair-friendly section (they’re all over the place!). Hikers also have a kind of credential, and it is necessary to stamp three times per stage to obtain the certificate and final medals.. 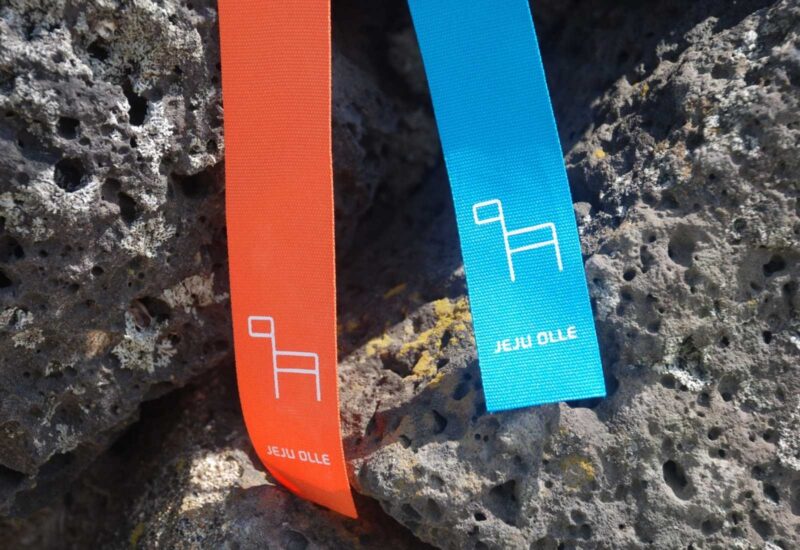 More than 135 cities and more than 130 paradisiacal beachesas well as forests and mountainsis the patrimony that this route offers, adding also all the culture the island’s own culture and the people of the island.. With the premise of modifying the landscape as little as possible, this route is respectful of the old trails. It is worth mentioning that on the route we will find the UNESCO World Heritage Site “Seongsan Ilchulbong” and the Geopark “Sanbangsan”..

The pace of life of South Koreans is intense and even stressful.so this route offers a getaway which, moreover, are very close to them. As we well know, it is a culture that loves hikingand if you have done any Camino de Santiago you may have been struck by the large number of South Koreans on pilgrimage to Santiago de Compostela.In 2019 there were more than 8,000 pilgrims on the Jacobean routes, being the seventh country of origin of pilgrims.

As Rachel Kim, the Foundation’s spokesperson, states, Suh “I wanted to introduce his hometown, Jeju Island, and the amazing nature the island presents and the unique culture found here, through a long walking trail, like the Camino de Santiago. He also wanted to spread the emotions he experienced along the way.”. 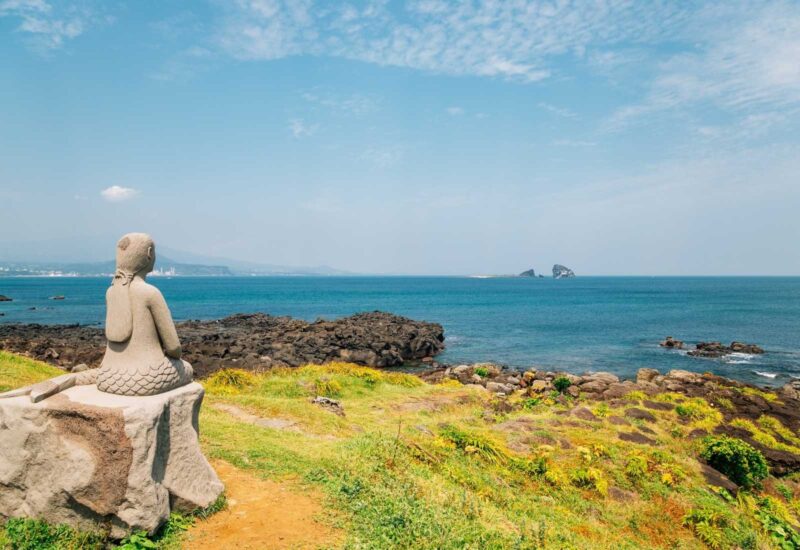 An average of 600,000 hikers make the “Jeju Olle” each year, surpassing the Camino de Santiago itself.. Nine out of ten are Koreans, with the rest being foreigners, mainly from nearby countries such as Singapore, Malaysia, Taiwan, Hong Kong or Australia.

The truth is that us We are very seduced by this route, and we are already thinking about our holidays to experience it, feel it and savour it. And you, what do you have in mind for your holidays? South Korea may be a long way away, but here near you have the inspiration of the “Jeju Olle”, our Way of Santiago.