The Camino de Santiago is in fashion! Meet the influencers who have made the pilgrimage to Santiago de Compostela

The Camino de Santiago is a vital experience that attracts many pilgrims and that makes them all the same, as fatigue, sweat, effort and perhaps a blister or injury are part of it. On the other hand, also the satisfaction of the completed stage, the physical well-being and the psychological benefit are positive elements that the Camino brings. Like you and like us, good pilgrims, have been the different “influencers” who in recent months have made the Camino de Santiago.

In addition to the various famous pilgrims that we have been able to see in the different Jacobean routes in the last few years and also very recently, as famous pilgrims Ana Rosa Quintana last October 2021, in recent months young “influencers” have been seen on the roads to Compostela and, of course, also in the networks. In this post we are going to know their adventure and the reasons that have led them to be pilgrims on the Camino de Santiago.

This is the name of the initiative that the Xunta de Galicia has carried out last July 2021, between the 8th and 11th, to promote the Xacobeo of the present Holy Year 2021. The regional government is aware of the pull of the Jacobean year and the reach that social networks have as a promotional tool, such as Facebook or Instagram. The latter is still very influential today, so much so that the anglicism and neologism “influencer” (not yet recognized by the Real Academia de la Lengua) in reference to those users whose accounts and profiles are followed by many people: in the case of Instagram, they are even called “instagramer”.

Thus, the Xunta de Galicia invited four powerful Galician “instagramers” to perform four stages of the Portuguese Way of Santiago between Redondela and Santiago de Compostela. They are Gala González, Martiño Rivas, Xurxo Carreño and Cristina Cerqueiras, four “influencers” on Instagram with several zeroes in terms of followers and who are dedicated to the world of fashion, sport and audiovisual. 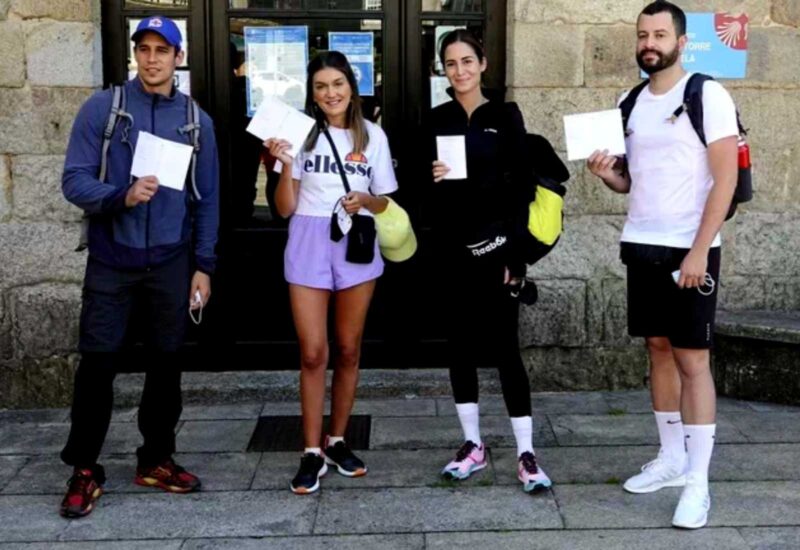 “Fashion, trends, lifestyle, humour, cinema, theatre? All that represent these four Galicians who with their talent and charisma conquered four million people who follow every day their accounts, their professional work and their recommendations”.

Thus refers to Alfonso Rueda, vice-president of the Xunta de Galicia, about these four instagramers Gala González the niece of the Galician fashion designer Adolfo Domínguez, is popular as a model, DJ and blogger, and is followed by more than 1.4 mm Instagram profiles. Cristina Cerqueiras is a fashion entrepreneur and also a blogger, and has over 409k followers on Instagram. In the case of Xurxo Carreño in addition to playing handball, he enjoys doing humorous dubbing on Instagram, where he has more than 1.2 mm of followers. Finally, Martiño Rivas is an actor and we could see him in “El Internado” and “Las chicas del cable”, for example; he has more than 1,1 mm followers on Instagram.

“I think I’m going to arrive in Santiago very tired, but it’s going to be a unique experience”.

This is how Xurxo Carreño expressed himself before starting the adventure, which took him and his fellow pilgrims to know firsthand what it means to be a pilgrim, and to sharing it on the networks through photos, videos and funny appearances as this one where they pretend to be pilgrim “Power Rangers”.

With the hashtags #GaliciaDestinoSeguro and #CamiñaAGalicia these four instagramers enjoyed and shared their pilgrimage experience, reaching many people. From the Xunta de Galicia stated, at the beginning of the adventure of these “influencers”, that the goal is “to be a unique experience, as is the Camino, and that participants are of Galician origin because we believe that we are the best ambassadors.

The Camino as a virtual fashion catwalk

Another recent case of “instagramers” and “influencers” has had perhaps more repercussions at the national level, since the well-known businesswoman María Pombo, in the company of several friends who are also “influencers”, they made the Portuguese Way along the Coast from Vigo to Santiago de Compostela, where they arrived on October 8, as you can see in their account of Instagram. 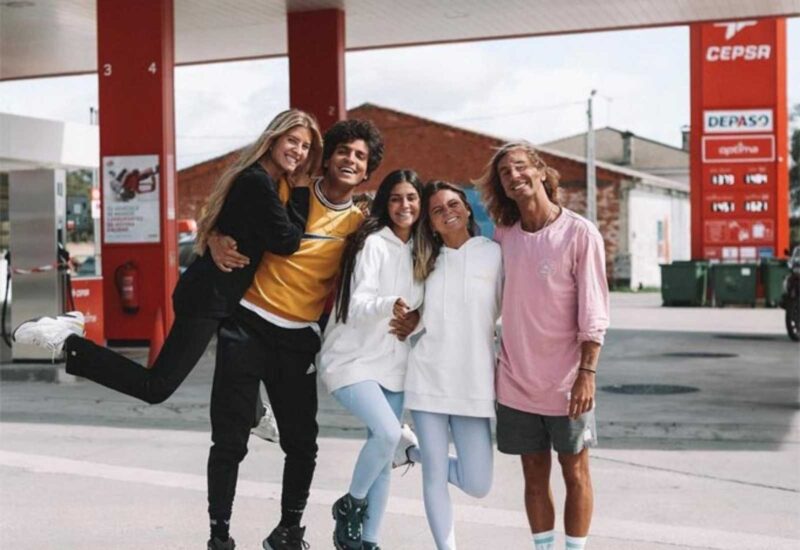 The media María Pombo, besides being an “influencer” and “celebrity”, and with more than 2.2 mm followers, is a fashion entrepreneur and has her own brand, “Tipytent“a clothing brand that has a physical store in Madrid, as well as an online store. In the company of friends, all “influencers”, they took advantage of their pilgrimage adventure to publish “posts” on Instagram and promote their brand, as in the photos they can be seen with different “looks”. Among the group, we would like to highlight Marta Lozano (934k), Teresa Andrés Gonzalvo (655k), Gracy Villareal (653k), María García de Jaime (490k), Aina Simón (341k) Tomás Páramo (321k), among many more. As we can see, the reach and influence of these public figures is very large, something that benefits the promotion of the Way of Santiago.

“This is my happy face every time we close a stage of the Camino de Santiago”.

This is what one of the participants said on Instagram. However, even before starting they asked their followers for advice on the Camino de Santiago through the “stories” of Instagram, on topics such as what not to miss, what shoes and clothes to wear taking into account the Galician weather, etc.. The experience went very well and they declared that “we are happy to be able to do this incredible Camino”. In fact, their arrival at the Plaza del Obradoiro was like that of all pilgrims, making a group hug between tears and smiles.

The thrill of the Camino

As we pointed out above, the Camino de Santiago makes us all equal, anonymous pilgrims and not so anonymous, as in the case of these famous “influencers”. The sensations of physical and psychological well-being derived from walking the Camino de Santiago are unique, and we are The Way of Santiago are unique, and we are convinced of it. If you don’t believe it, just ask the Colombian singer Camilo, who made the The Way of Santiago of the North
early last October 2021 as a break after his last tour; we can see him with his father-in-law in Instagram. Mexican model Jaydy Michel also enjoyed a stretch of the Camino de Santiago and Santiago de Compostela itself last September, as we can see in her Instagram account Instagram. 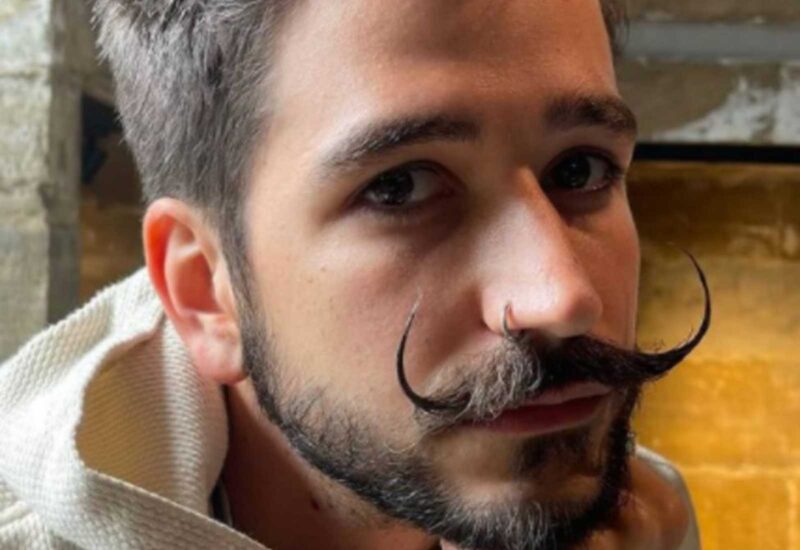 We also want to be “influencers” In our own way, and with this article we want to encourage you to try this vital experience, and once you do it, you will also want to share it in your networks. You just dedicate yourself to walk and “post”, we will take care of the rest to make the Camino de Santiago easier for you.