The presenter Ana Rosa Quintana joins again the pilgrim community, as last Puente del Pilar she put on her boots and made a section of the Camino de Santiago Portuguese. The presenter, at 65 years old, has already made a Jacobean route in the past, obtaining her Compostela, although she decided to take a few days last October to enjoy walking in the company of her loved ones. Let’s see how it went.

On this occasion, the television journalist walked accompanied by her husband, Juan Muñoz, as well as her three sons, daughter-in-law, brothers-in-law, nephews, nieces and nephews and her partner, Xelo Montesinos, with whom we see her in her account of  Instagram.

“It’s been wonderful in every way. We have spent many hours together as a family,” he says.

Indeed, anyone who has ever walked the Camino de Santiago knows that it is a unique experience. The “queen of the mornings”, as she is popularly known for her long career in television and in very successful spaces in audience, as is the current “El programa de Ana Rosa” since 2005, valued very positively this experience, although short, allowed him to taste a large amount of octopus in Padrón. 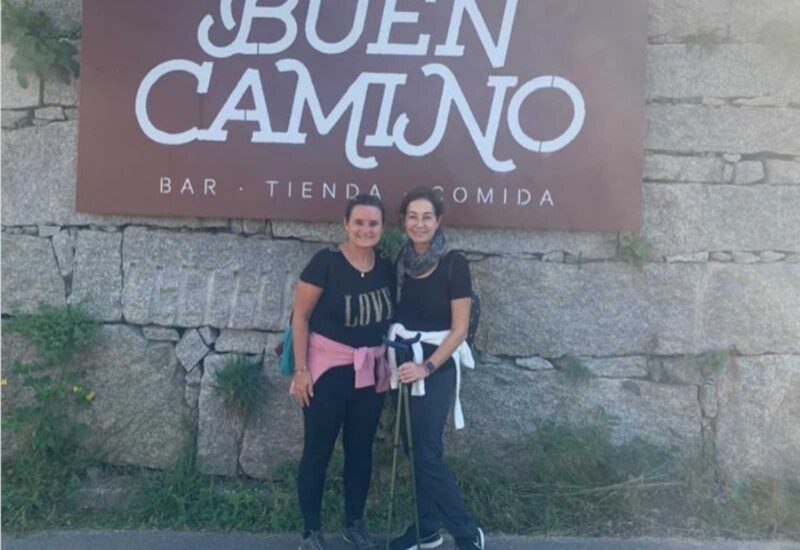 Ana Rosa started on Portuguese Camino de Santiago at Pontevedra, some 66 kilometres from Santiago de Compostela, and acknowledged that the pace of the group, taking into account the youth of his children, was somewhat demanding, and in this respect he declared that “They’re all fit and we’ve come here at a really good pace, so I’m dead.” However, the effort is always rewarded, and after three days of pilgrimage he arrived at the Plaza del Obradoiro in Santiago de Compostela, contemplated the iconic façade of the cathedral, visited the Portico de la Gloria, the Tomb of Santiago “el Mayor” and, of course, attended the Pilgrim’s Mass.

As we mentioned before, Ana Rosa has already made the French Camino de Santiago some time ago, getting his Compostela and making her debut as a pilgrim. The Camino de Santiago is a spiritual and human recharge; in her words, “it clears your mind. Enjoying the dinners together has been great and rewarding. In Madrid it is difficult for us to get together”. 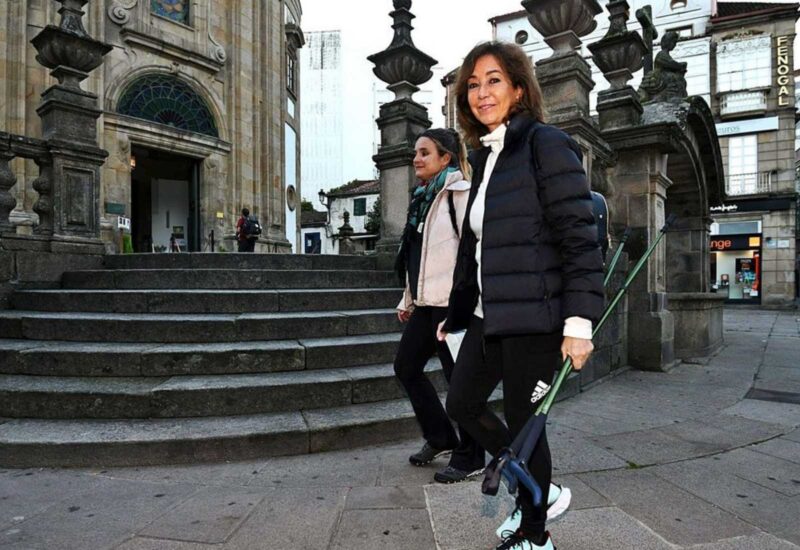 Before returning to her home and to the television routine, she took advantage of the time to do gastronomic tourism in Pontevedra and to visit pilgrim temples on her return to Madrid, such as the Sanctuary of the Pilgrim of Sahagún (León).

Celebrities on the Camino de Santiago

Ana Rosa Quintana is not the only celebrity who has been seen on the Camino de Santiago, as the First European Cultural Itinerary is open to all. We always follow the current events, and in this article we review the case of other celebrities who, like Ana Rosa Quintana, have made the The Camino de Santiago at one time or another. If you haven’t already, perhaps the testimony of these famous public figures will encourage you to savor their magic.