The Plenary Indulgence. A “clean slate” for pilgrims

The term indulgence is defined by the RAE in its first meaning as “ease in forgiving or concealing faults or in granting graces”; in other words, it is basically the capacity that people or institutions have to forgive. In an already religious context, the plenary indulgence is a total forgiveness of the temporal penalties imposed by the Catholic Church on its faithful sinners, who bear them because of the sins they have committed.

Plenary indulgence in the Holy Year of St. James

This pardon is obtained in a full, regular and guaranteed way in each Jacobean Holy Year or Compostelan Jubilee, which in the case of Santiago de Compostela, is celebrated every time the saint’s day, July 25th, coincides with a Sunday. However, while indulgences are given in specific and regular periods, ecclesiastical authority can propose exceptional years, as happened in 2016 with the Jubilee Year of Mercy proclaimed by Pope Francis.

The story of this act of forgiveness

The historical antecedent of this act of forgiveness goes back to the Jewish tradition and its Jubilee years, which sought purification and a return to the natural and balanced state of things, that is, to return man to the original innocence with which he was conceived by God. It would be, in a word, a rebirth.

In the Christian tradition we must go back to the 11th century, when these actions of forgiveness were not granted because someone had made a pilgrimage or it was a holy year, a celebration that did not yet exist at that time. Indulgences were originally granted by the will and initiative of the popes, motivated by some good deed that someone or some group did; this is the case, for example, of the one granted by Pope Urban II in 1095 to those who died on their way to the first Crusade in the Holy Land. The oldest known, offered by Pope Alexander II in 1063, was also motivated by the fight against the Muslims. 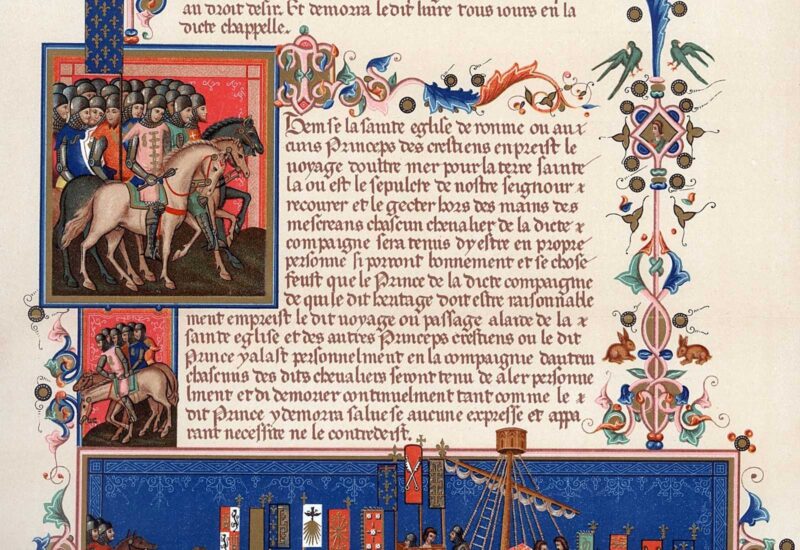 Be that as it may, plenary indulgences were traditionally established with the creation of the Holy Years: in the case of Rome, in 1300, Pope Boniface VIII inaugurated the first Roman Jubilee for pilgrims on pilgrimage to Rome, with generous concessions of pardon. In the case of Santiago de Compostela, at the beginning of the 15th century, a first jubilee was instituted for pilgrims on their way to Santiago de Compostela. However, in Santiago de Compostela in the twelfth century the papacy already granted, without being a holy year, automatic indulgence to those pilgrims who died in the city; even the daring archbishop Diego Gelmirez granted it to those who fought against the Muslims.

As we can see, in some cases, it seems to be a counterpart, a kind of retribution to the faithful for services rendered to the Church. Another motivation for granting plenary indulgences could be the attraction effect it implied, so that the faithful were called to travel and go to holy places. In the case of Santiago de Compostela, with the decline of pilgrimages from the sixteenth century, the indulgences somehow encouraged the arrival of pilgrims to the city, reviving the transit on the various roads to Compostela. Let us say that, thanks to the plenary indulgence, the tradition of pilgrimage has survived.

And today, how do you get it?

In order to obtain the plenary indulgence of Compostela it is necessary to visit the Tomb of the Apostle on any day of the Holy Year, recite with sincerity and devotion a Creed, Our Father or any other prayer, to ask for the intentions of the pontiff, confess, attend Mass and Communion (these last requirements can be fulfilled in the fifteen days before or after the visit to the Tomb). This applies to all the faithful, pilgrims and even the deceased. 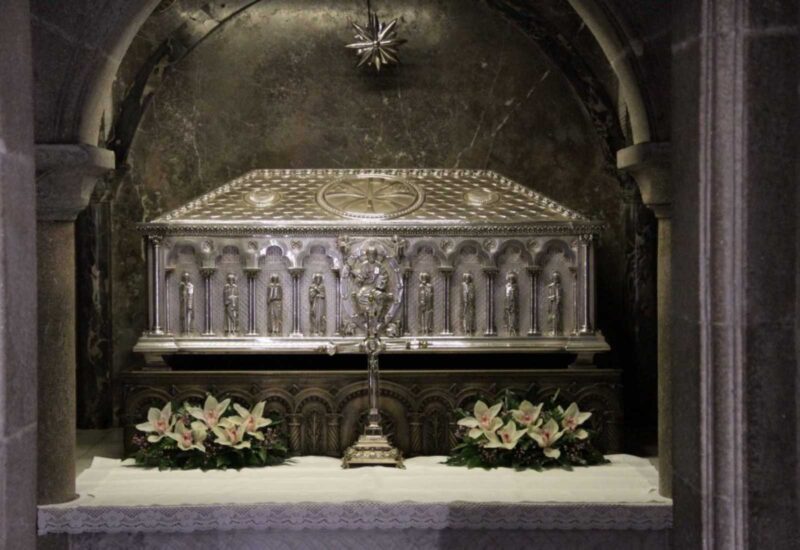 Many people mistakenly believe that to obtain the plenary indulgence it is essential to enter through the Holy Door of the Cathedral, to embrace the seated statue of St. James the Apostle on the main altar and to lay hands on the mullion of the Portico of Glory. It is also believed that it is necessary to do one of the official routes of the
official routes of the Camino de Santiago
to obtain it. Nothing could be further from the truth, and in fact these are rites created by tradition and custom, but they are not approved by the Church, although tourists in Santiago de Compostela like them very much.

“We must always forgive, remembering that we ourselves have needed forgiveness. We need to be forgiven much more often than we need to forgive”. This is what Pope John Paul II said, stressing the importance of forgiveness, and in fact there are more types of indulgences. Let’s take a look at them.

You can to obtain plenary indulgences in non-Jubilee or non-holy yearsEvery 25th July, on the feast of St. James; every 30th December, the date of the transfer of the remains of St. James to Galicia; and finally, every 21st April, when the consecration of the present basilica in 1211 is celebrated. It is also granted to any pilgrim to Santiago who has died on the way, whatever the time and place. 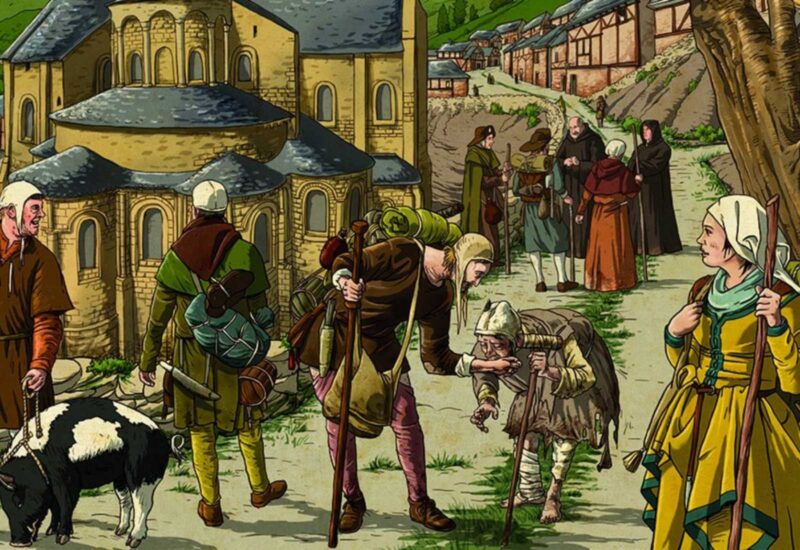 There are also partial indulgences, not plenary, as well as indulgences granted by pilgrimage centres other than Santiago de Compostela and Rome, such as Santo Toribio de Liébana in Cantabria, Caravaca de la Cruz in Murcia or Santiago de los Caballeros de Gáldar in Gran Canaria. All of them must follow the line set out in the Code of Canon Law.

So now you know, if you want you can get your plenary indulgence in this Holy Year 2022, it can be the perfect culmination to your pilgrimage to Santiago de Compostela if you have not done it in this Holy Year 2021. Make the most of it now, because the next Holy Year will be in 2028 and you might miss it;
we
we’ll be happy to help you get it.