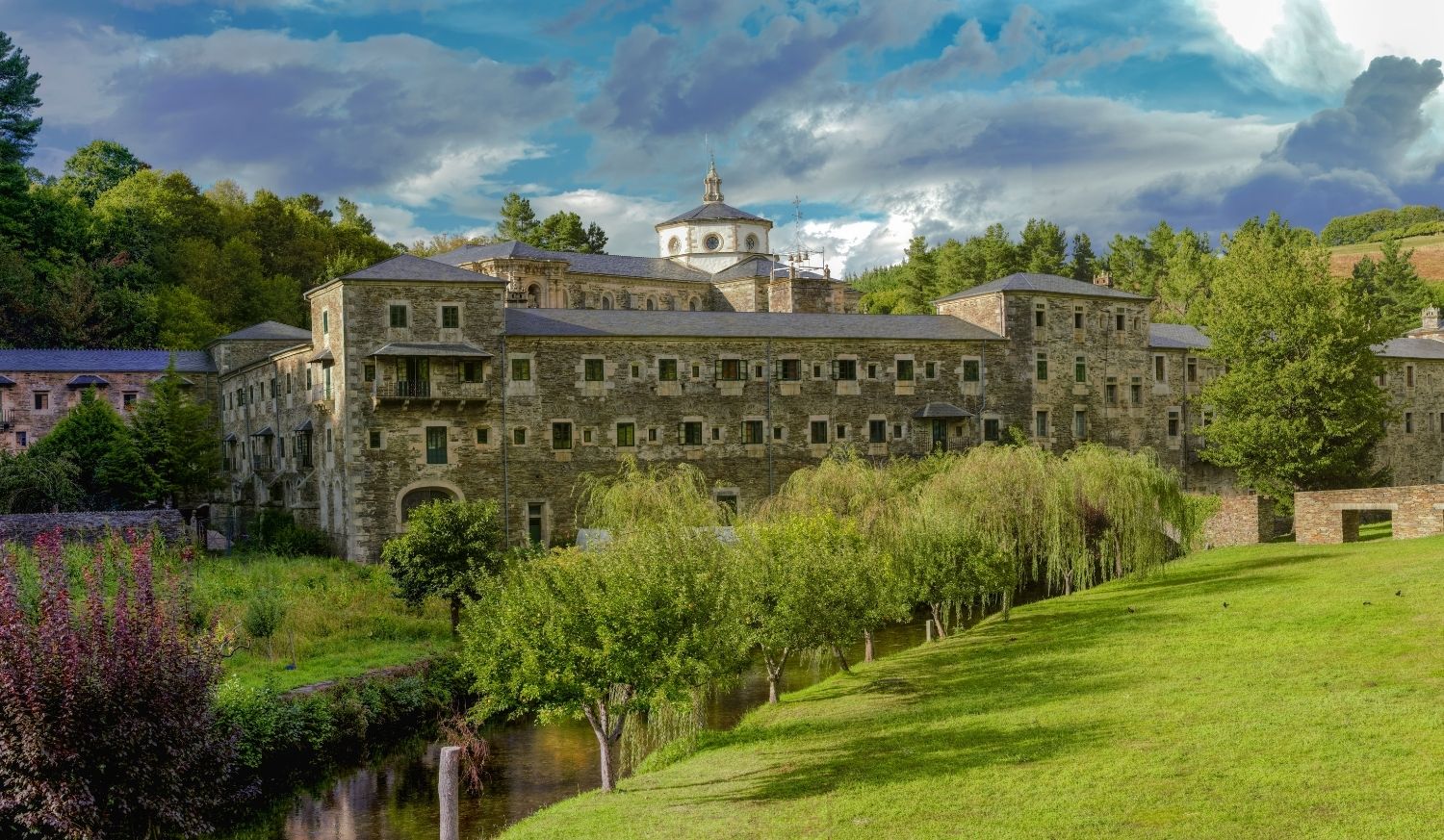 Samos is a beautiful village located in Lugo, in the region of Sarria and on the French Way. A beautiful and quiet place that invites you to spend a pleasant stay among natural landscapes and architectural heritage. Not to be forgotten either is its delicious gastronomy and the opportunities for hiking lovers that this land offers. The villa has all the elements to dedicate to the enjoyment.

What to see and do in Samos

The monastery of Samos

The monastery of Samos is located next to the river Oribio, which flows along its walls. This building offers the visitor a nice contrast between its simple exterior walls and the beautiful and sophisticated granite cloisters. The whole building is built throughout different periods, so it has Romanesque, Gothic, Renaissance and Baroque constructions. This is a sight of great architectural beauty that should not be missed when passing through this charming village.

The façade stands out, as it gives the impression of being incomplete because it has neither towers nor a central crown or attic. It has two 18th century baroque style bodies, with a great personality. Above the door is the figure of San Benito, work of the sculptor Ferreiro and created in baroque style. The door is accessed by an 18th century stately staircase inspired by that of the Obradoiro in Santiago de Compostela. A marvel from beginning to end. 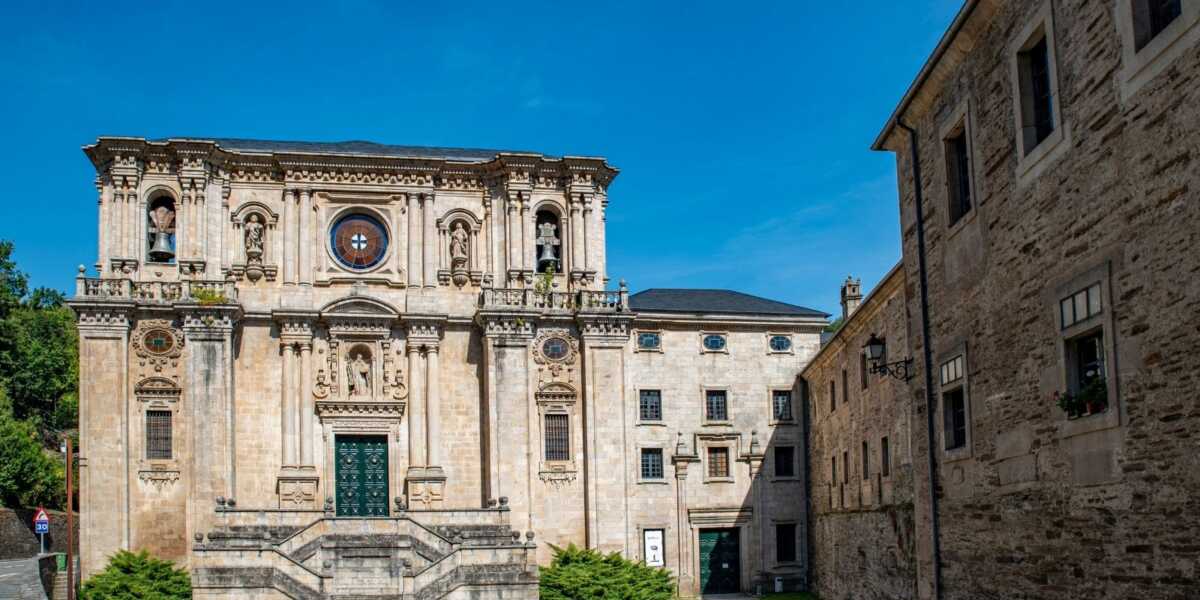 It is a building built to be a water mill, with a rectangular floor plan and made of slate. This relic still preserves its machinery, so it is a great representation of the traditional flea market of the town. Other examples can be found in Samos, such as Reche or Casa Piño.

The Chapel of the Saviour

The Chapel of the Savior is also known as the Chapel of the Cypress and is located just a few meters from the monastery, it is the oldest part that is still preserved. Its construction in slate slabs dates from the end of the ninth century or early tenth century, so its appearance corresponds to the Mozarabic style. It is believed that it could have been built with the mission of a monastic cell. In the interior, the elliptical triumphal arch stands out, which in its forms tends to the horseshoe shape, and its fresco paintings of Asturian influence also attract attention. Leaving Triacastela, taking the route that leads to the town of Samos, you can find the area called Desfiladero de Penapartida where the road and the river Oribio pass by a multitude of crags and vegetation. Once you leave the asphalt you can enter the Camiño Real or Oribio. Legend has it that at this point the Virgin, on her pilgrimage to Compostela, came across a gigantic rock that prevented her from passing and sent down the angels to destroy it with lightning, which they did. Interesting place to learn a little more about the tradition of this beautiful town.

The River route from Samos to Pontenova

Here you are in the ideal spot for hiking and one of the most interesting options is to embark on the river route from Samos to Pontenova. This route starts in the centre of the town of Samos next to the mill of Bizarro and ends at the bridge of Bao, also called Pontenova. It is a route of important natural and scenic interest that runs between mills, medieval bridges and small villages. A charming walk to spend a day in the open air. 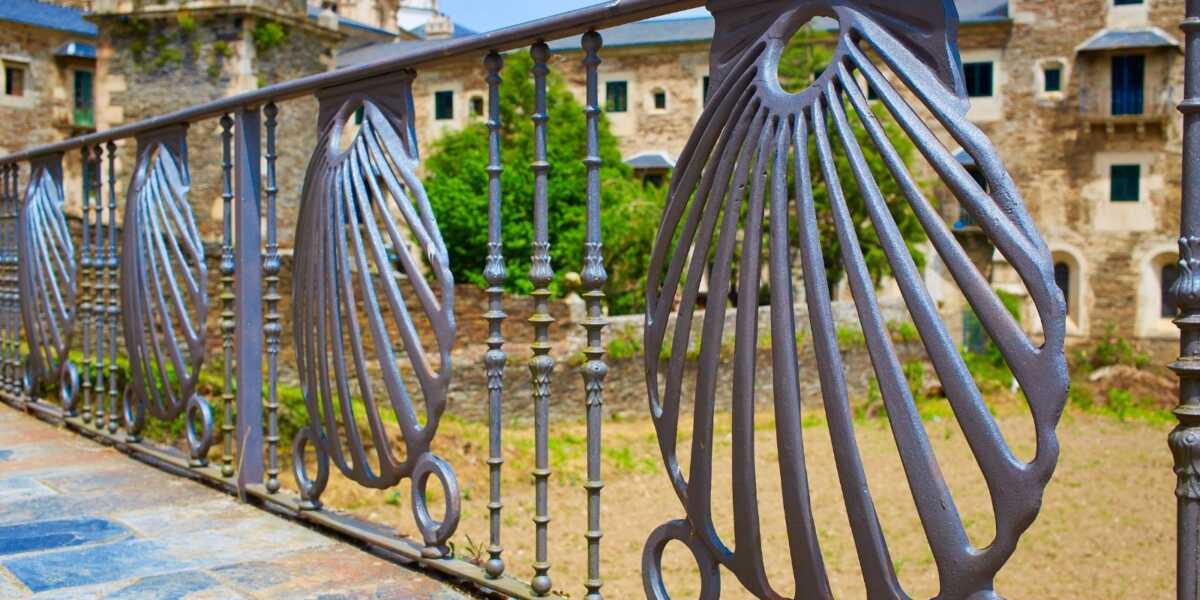