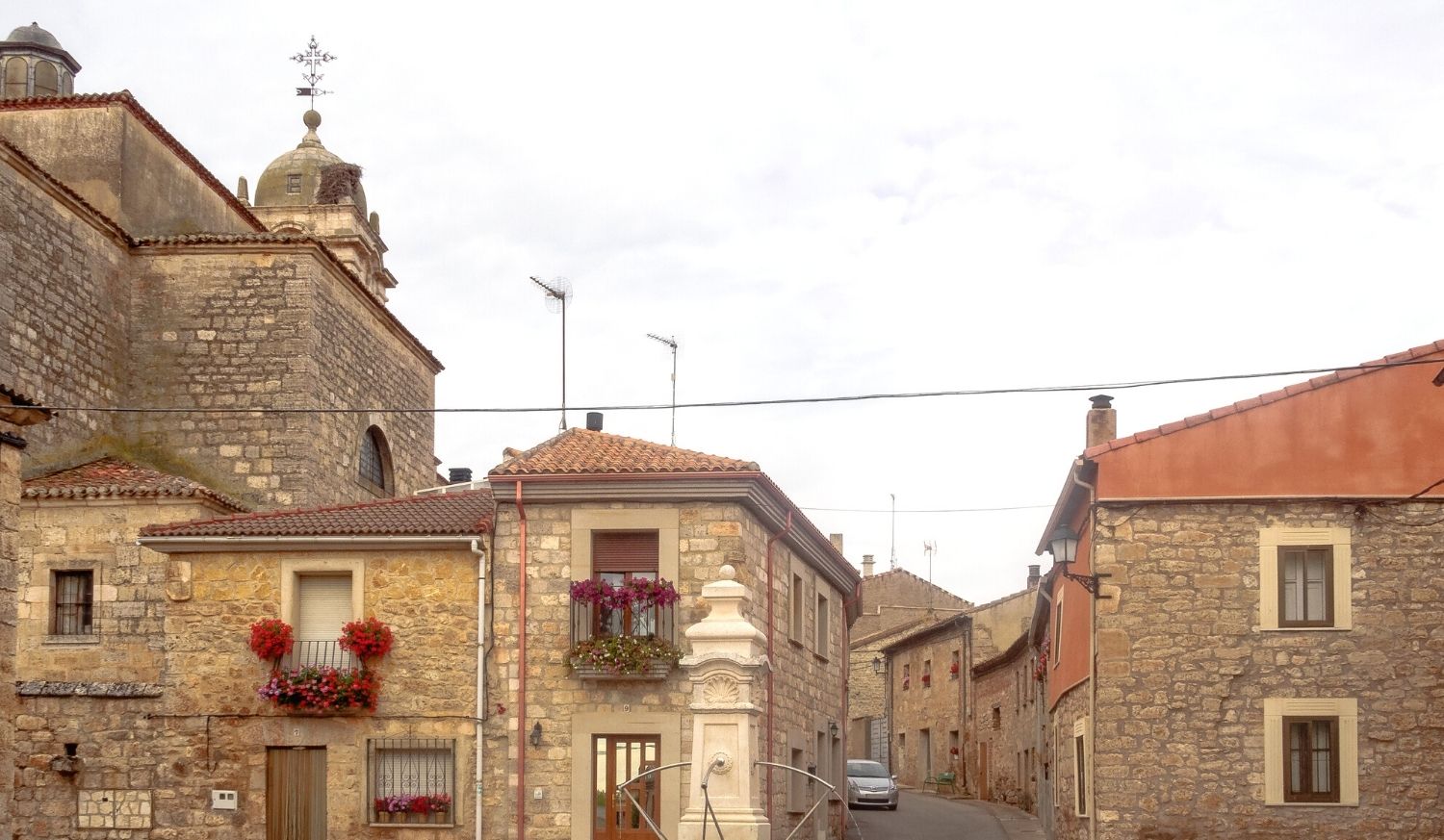 Rabé de las Calzadas is a beautiful village in the province of Burgos situated on the French Way. It houses different points of interest for the visitor, from its unique buildings, through its gardens and fountains or its architectural religious heritage. During your stay in this town there will be no shortage of places to see and a stroll through its streets and surroundings will be irresistible.

What to see and do in Rabé de las Calzadas

The Hermitage of Our Lady of the Monastery

Located in the middle of the French Way in its case by Rabé de las Calzadas is this interesting temple. The hermitage is dedicated to Nuestra Señora de Monasterio, because it was found in this municipality where there was once a monastery. It presents a good state of conservation and is one of the religious buildings that invites to the visit. 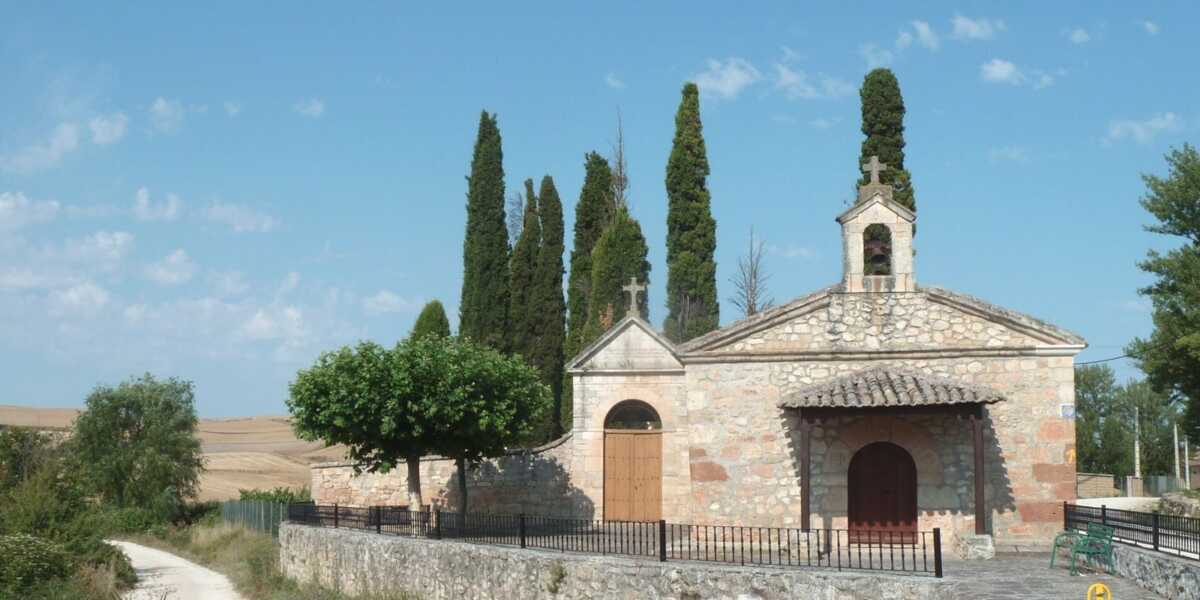 The colt is a structure used to hold the horses, donkeys or even cows to make it easier to put shoes on them or to cure them. In this village you can find these elements that are currently out of use. It is a small monument to be preserved that provides valuable information about other times and about the past life in this village. 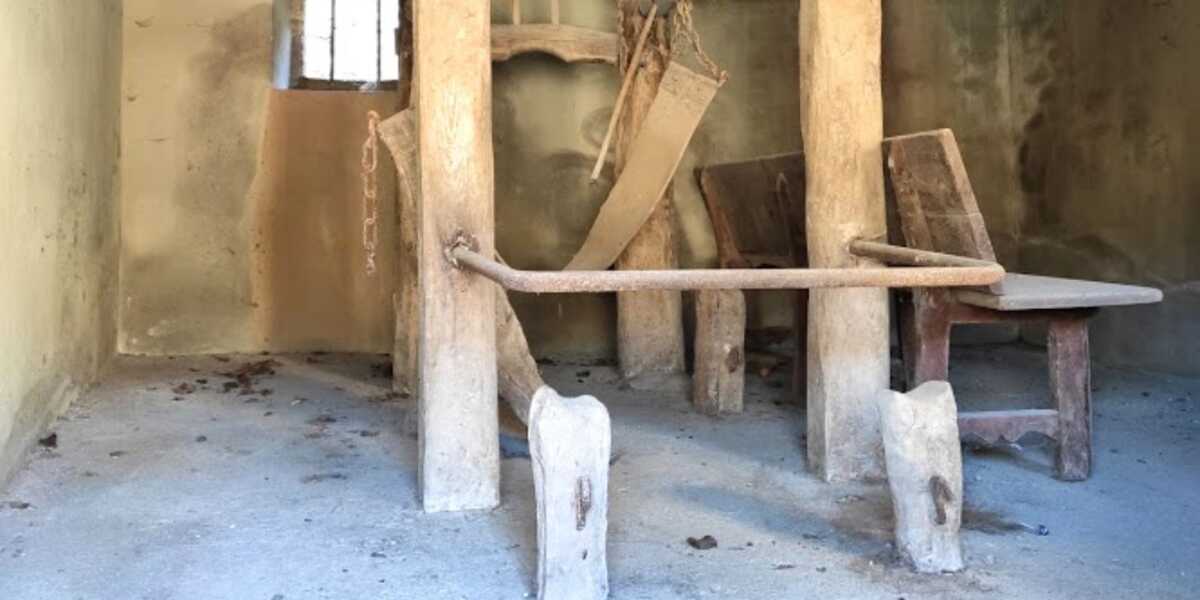 The viewpoint of the Rabé de las Calzadas Park

To get an interesting panoramic view of the place, visitors will have the opportunity to enjoy a natural environment by going to the viewpoint. It is located in the mountain of the village and its term is called El Cotorro. Here you can make out the roofs of the houses of the village that get lost in a horizon dominated by the mountainous landscape.

At the entrance to the village and opposite the school building erected by Don Baldemero Pampliega stands the Palace, which belonged to the Count of Villariezo in the 17th century. It is determined that this building was built in the first years of the 17th century. La Torre – Palaciega is one of the most emblematic buildings of Rabé de las Calzadas. It stands out for its sober style in which the architectural predominates over the sculptural. It is a large building, with ashlar stone facades from Hontoria de la Cantera. The main doorway is flanked by two towers and on its lintel is the coat of arms of the Count of Villariezo.

Between the two towers you can see a large courtyard garden. The ground floor has a Renaissance arcade, in a fairly good state of preservation. Inside you can find the remains of decorative paintings on the walls and coffered ceiling, also beautiful architectural details and the original floor of the time. An obligatory stop when passing through this town. 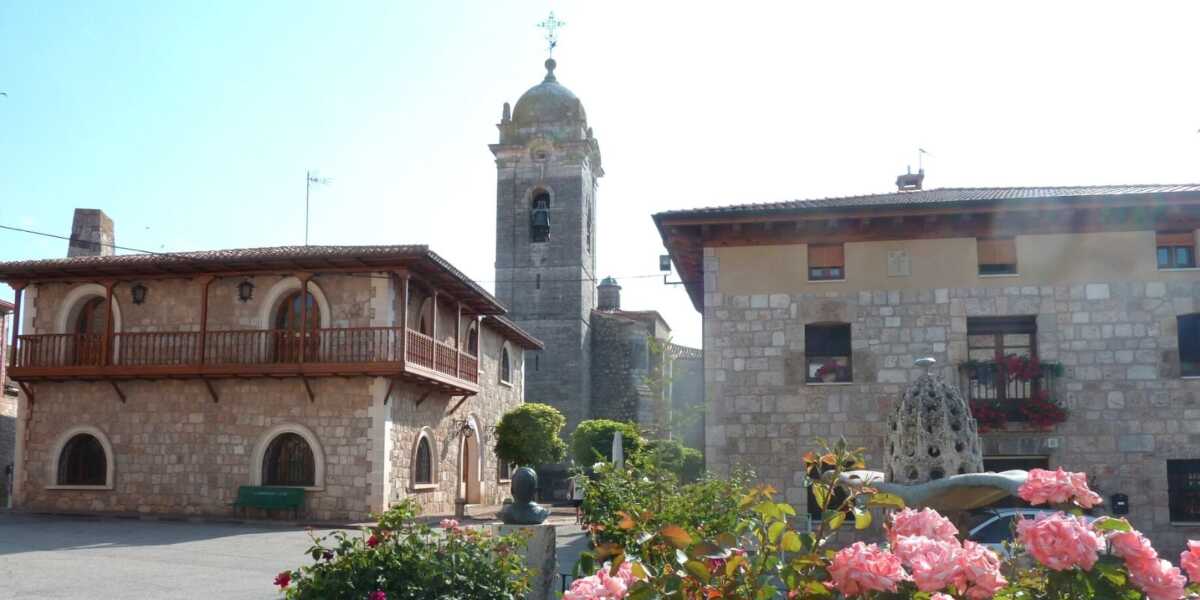 The park of the Era Larga

In this case it is a Municipal Estate that was transformed in 2015 as a Botanical Garden for the use and enjoyment of residents and visitors of Rabé de las Calzadas. It has many services as well as offering a beautiful natural environment, it has a petanque court, gym equipment for the elderly and a public water fountain. Ideal for a day outdoors. 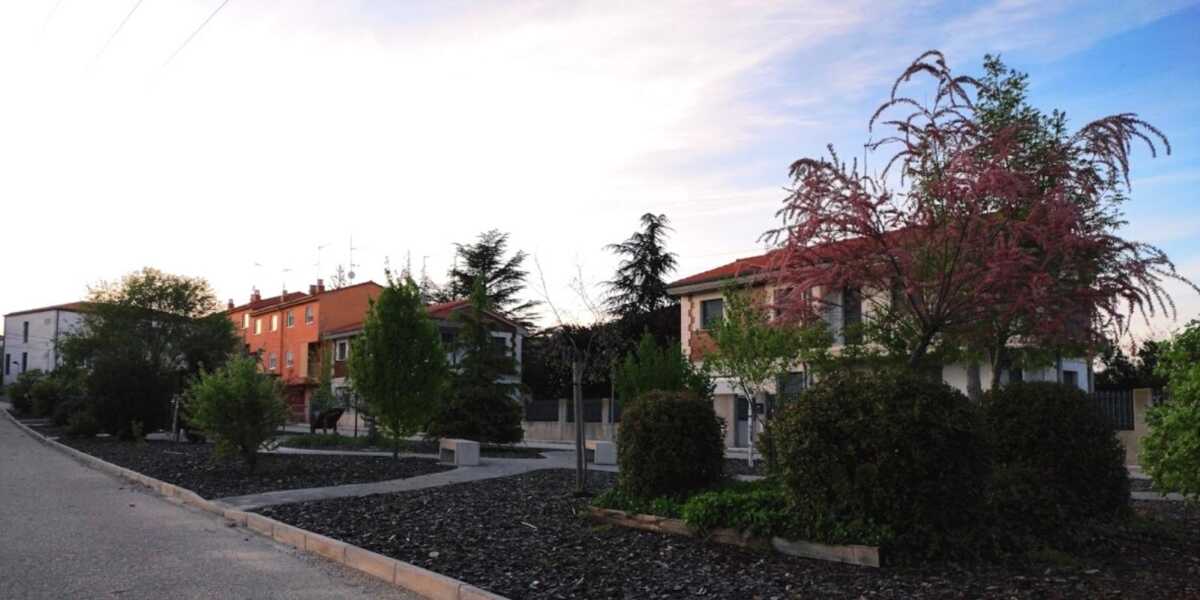