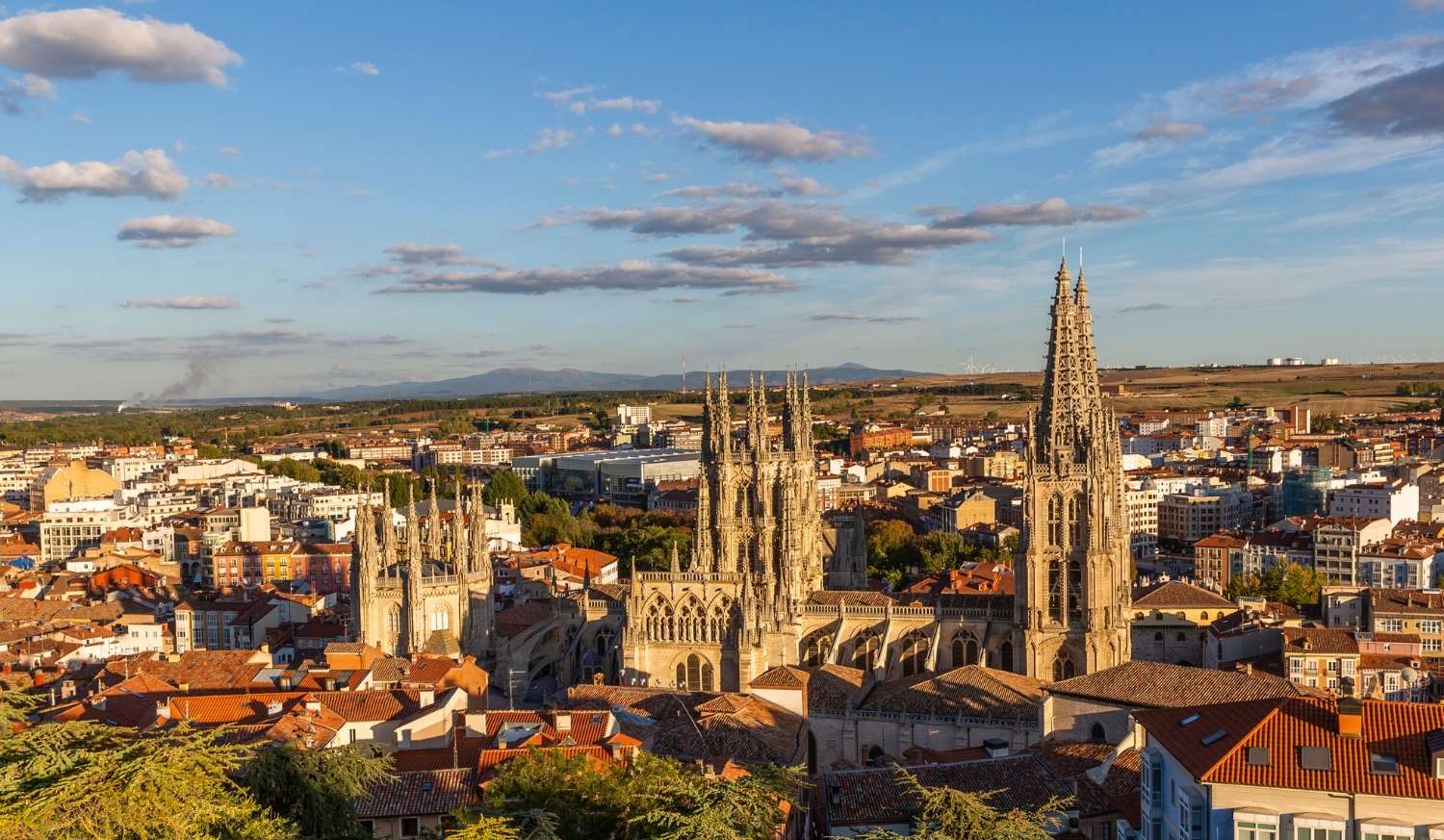 Burgos, the city of the Cid. It is impressive all that this city offers us, from religious to civil monuments, parks, museums and endless possibilities of all kinds offered to the visitor. We will be able to visit its most significant monuments but it is advisable to be carried away by the alleys of its historical center as to get lost by its surroundings.

What to see and do in Burgos

This is the entrance to the city and one of the most famous monuments. This door was the exit of the Cid Campeador from his exile. It has the shape of a castle with its battlements, towers and a triumphal arch in honour of Charles V. You can go inside and visit the famous Sala de la Poridad, with its Mudejar coffered ceiling. It has been declared a Historic-Artistic Monument. 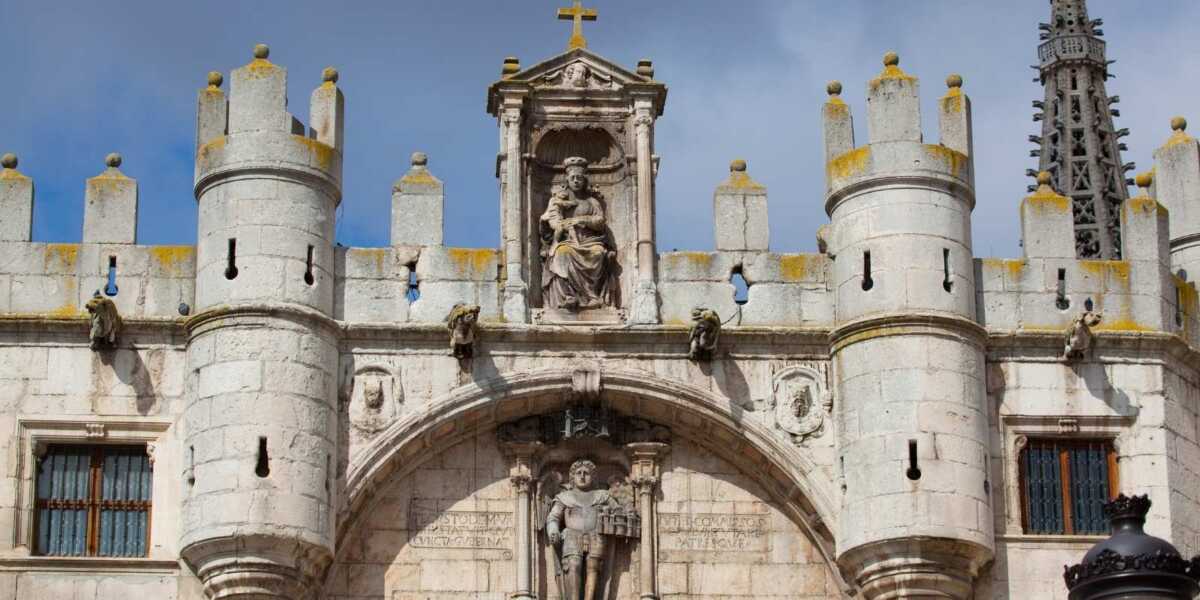 It began to be built in 1221 by order of Fernando III, King of Castile, and was consecrated in 1765 with the construction of the Towers and the Dome. The Gothic style is one of the singularities of this monument despite the changes in style it has undergone. Its interior will not leave us indifferent, in it we will be able to see the tomb of the Cid and his wife Jimena or the Santísimo Cristo de Burgos. As a curious fact, at every hour on the hour the figure of the Flycatcher marks the hours by opening and closing his mouth while ringing the bell. 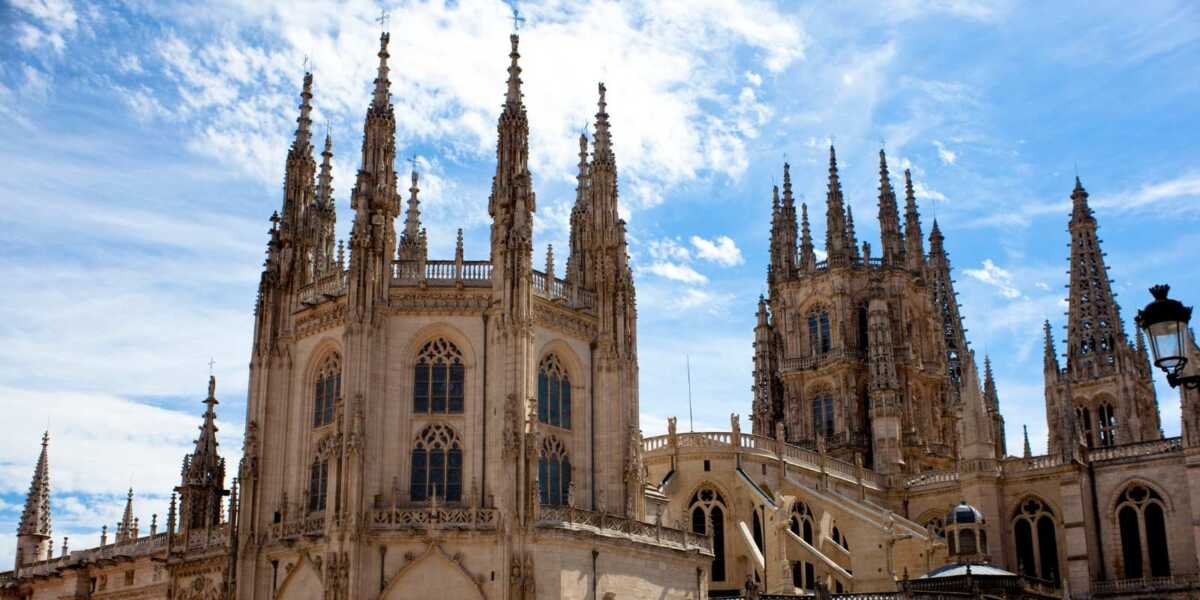 One of the oldest, located next to the western façade of the Cathedral, on the route of the Pilgrim’s Way to Santiago de Compostela. It was built in 1408 and is currently the seat of worship of the church of San Esteban. 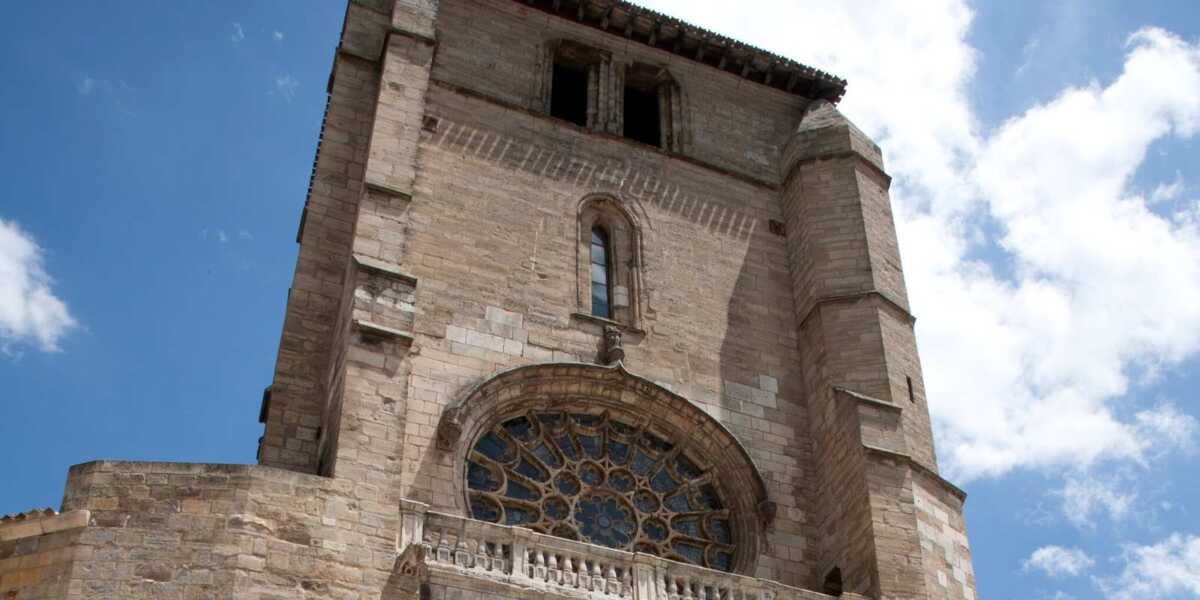 If we go up the hill of San Miguel, about fifteen minutes from the old town, we will find this castle, one of the first fortresses of the city. The first tower dates back to the year 884, in the times of the Reconquest. Nowadays it is in ruins although it was rehabilitated and we can visit its interior, like some underground galleries.

The Church of San Lorenzo and the House of the Cordon

The church, a Christian temple built between 1684 and 1694 in baroque style. In its interior we can find the High Altarpiece. On the other hand we have the Casa del Cordón or Palacio de los Condestables de Castilla, a building from the 15th century. It contains such important events as the death of Philip the Handsome. 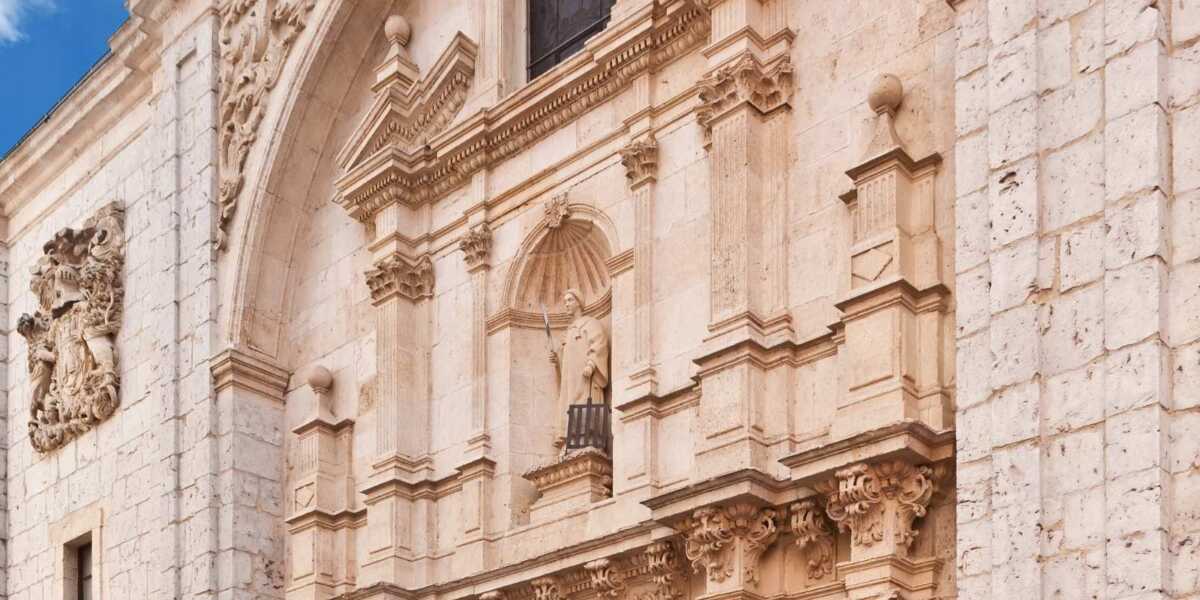 The most central and famous promenade of Burgos created in the 18th century. It is considered the meeting point of the city and connects the Arco de Santa Maria with the main theatre. 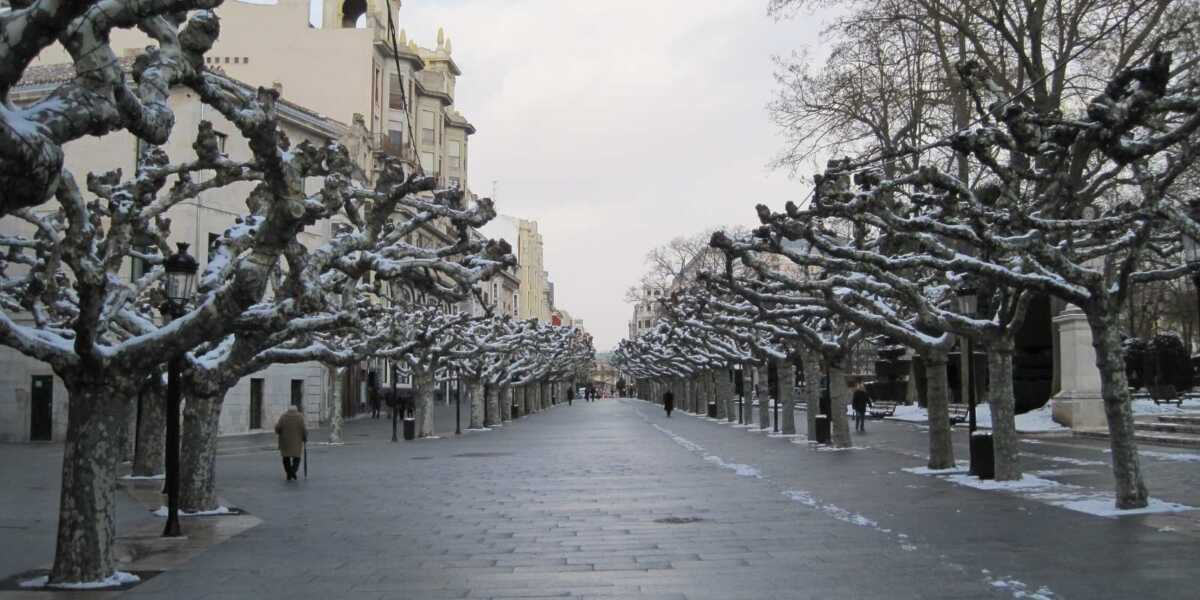 It is a central square in which we will find the statue in honor of the Cid Campeador, mounted on his horse carrying his famous sword Tizona. In this square we also commemorate the passage of Rodrigo Díaz de Vivar, along the famous Way of the Cid route through the kingdoms of the Middle Ages. 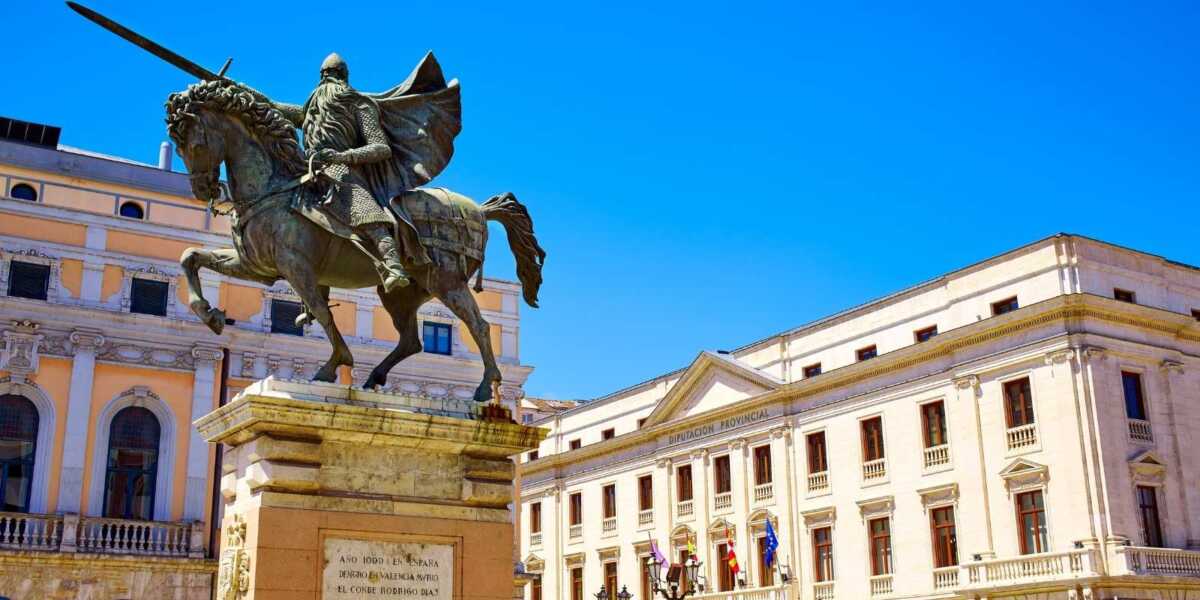 You can’t miss it in our visit. This museum contains many of the most important findings from the Atapuerca site. They explain the history as well as the functioning of the site and the elements necessary to understand human evolution.

As in many cities in Spain, the main square is the nerve centre of the city. It is an important centre of Burgos, where we can find a wide range of bars and restaurants. 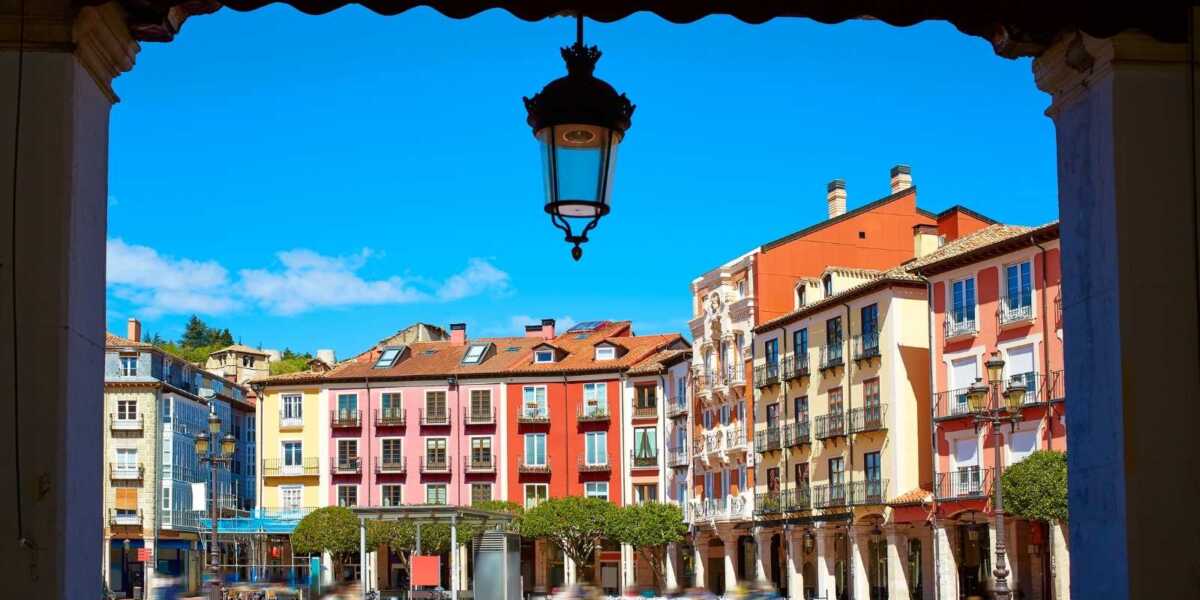 The complex was founded in 1187 by King Alfonso VII. Its façade may not attract our attention, but we will be surprised by its interior. Altarpieces, works of art, kings’ tombs, etc. The complex consists of several parts: the church, the monastery and the cloistered area. It has been declared a Historic-Artistic Monument. Nearby is the Parque de la Isla, where you can take the opportunity to relax. 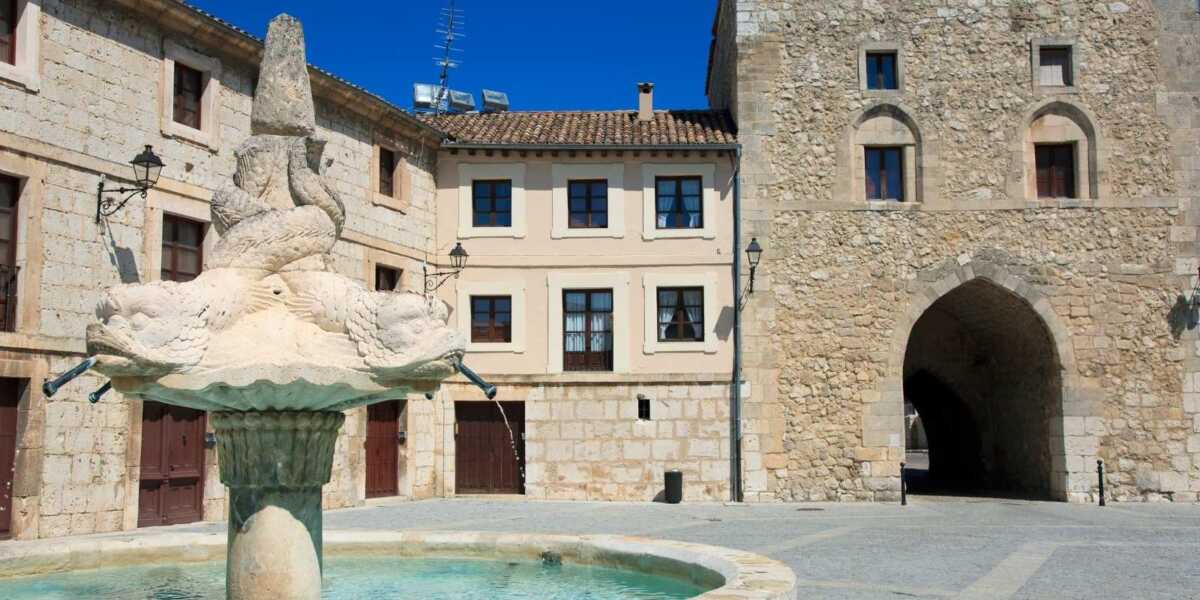 It dates back to 1442 when King John II of Castile donated a pleasure palace to the Carthusian Order. The church was built to house the remains of the parents of Isabella the Catholic. Inside are two luxurious tombs sculpted in alabaster and a huge altarpiece. 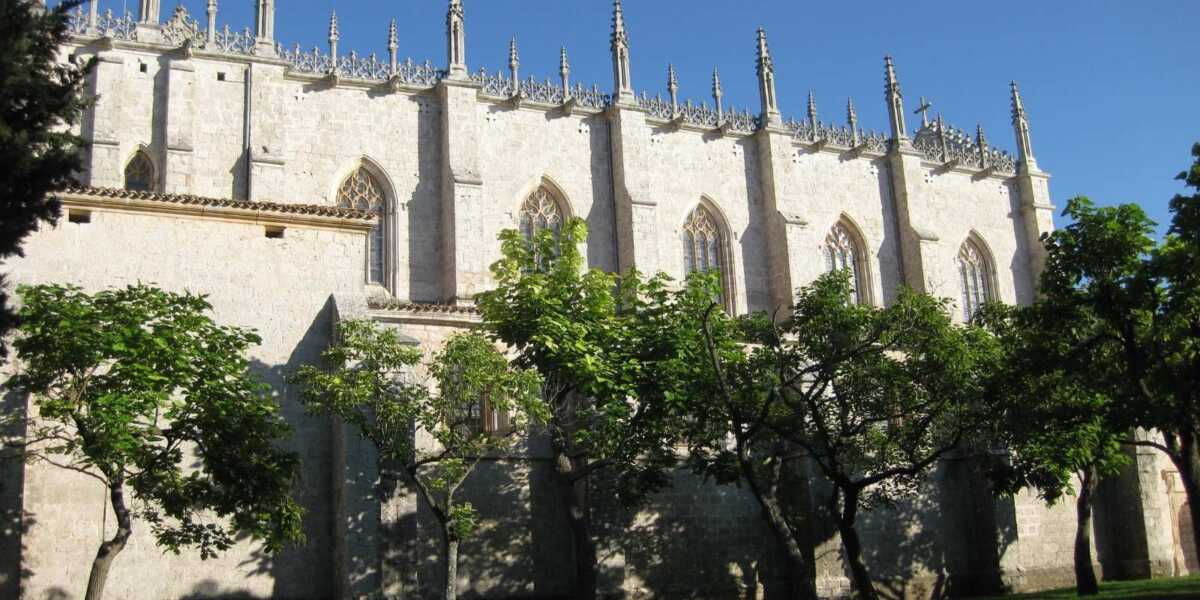