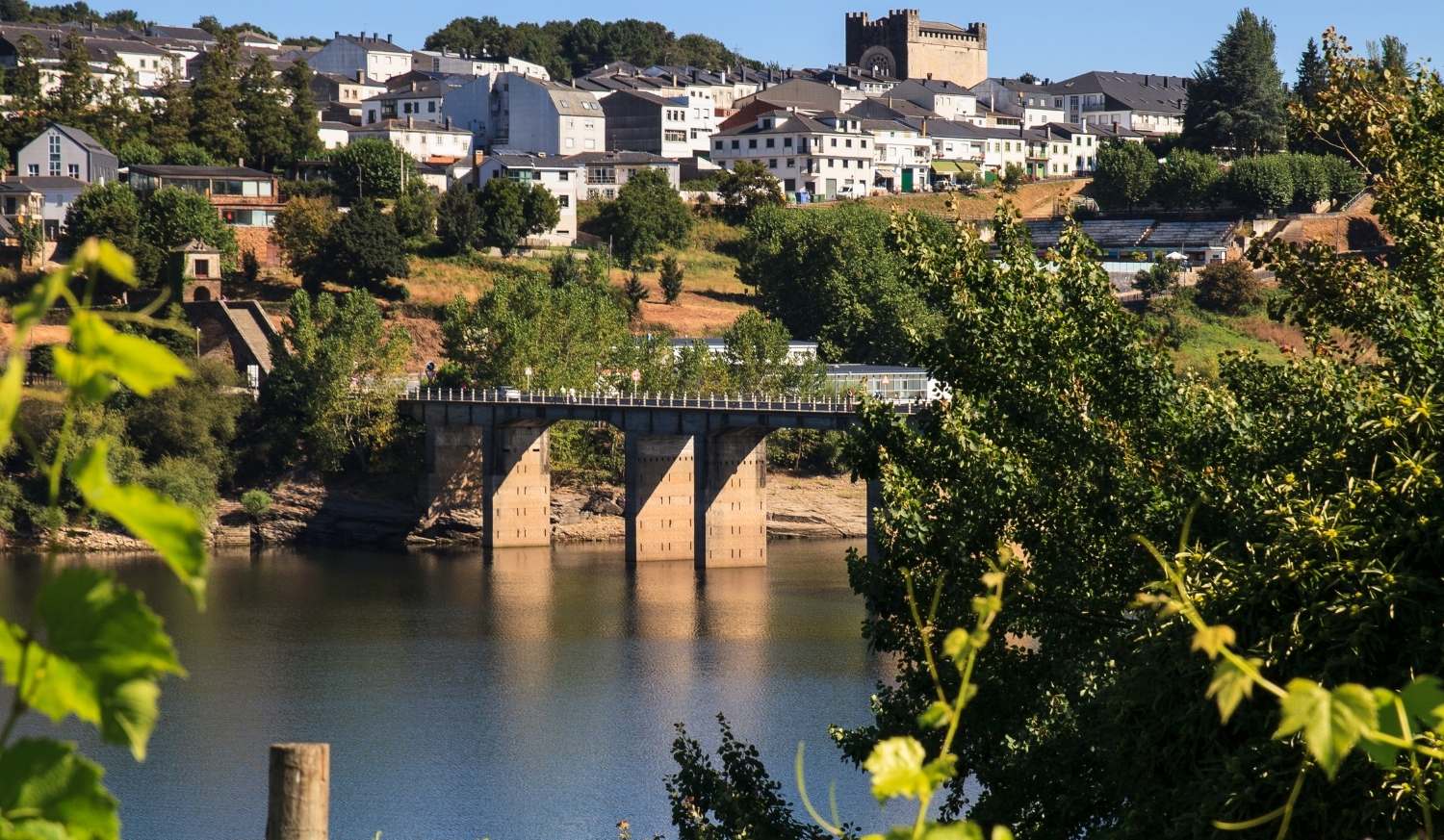 The charming Galician town of Portomarín is located in the province of Lugo. This small village born at the foot of the river Miño, preserves in its history and origin truly curious and remarkable events. Moreover, it is a very important place on the French Way, with only 1,500 inhabitants, it is visited by thousands of pilgrims every year. It has great relevance within the Jacobean route, as it is the end of the first stage of the French Way from Sarria.

The ancient village of Portomarín developed during the medieval period, at the foot of a Roman bridge over the river Miño. The most curious fact related to this village is that it had to be moved in the 20th century. In 1962 the Belesar reservoir was built on the river Miño, which meant that the original site of Portomarín was flooded with water. For this reason, the civil and religious buildings of the village were literally moved to a new location. The place chosen for the new location was a little higher than the original site, in Monte do Cristo.

We say that it was moved “literally”, because there were cases, such as the church of San Nicolás, in which the stone ashlars were marked in order to be able to rebuild the church in the new location with all the pieces in place. If you look closely, it is still possible to see the inscriptions on the stones of the church walls.

Today it is considered a young village with only 50 years of existence, but it hides a past full of stories and legends. Depending on the time of the year when we visit Portomarín, or if the day is clear, we can see the remains of the old Portomarín at the bottom of the valley.

What to see and do in Portomarín

Also known as the church of San Juan, it is erected in the central and spacious square in the historic centre of the village. It dates back to the 12th and 13th centuries. It was built in Romanesque style, being very remarkable its façades and the decoration of its interior capitals. The large rose window that presides over the entrance to the church is a sign of the transition to the Gothic style that was taking place at the time of the church’s completion. 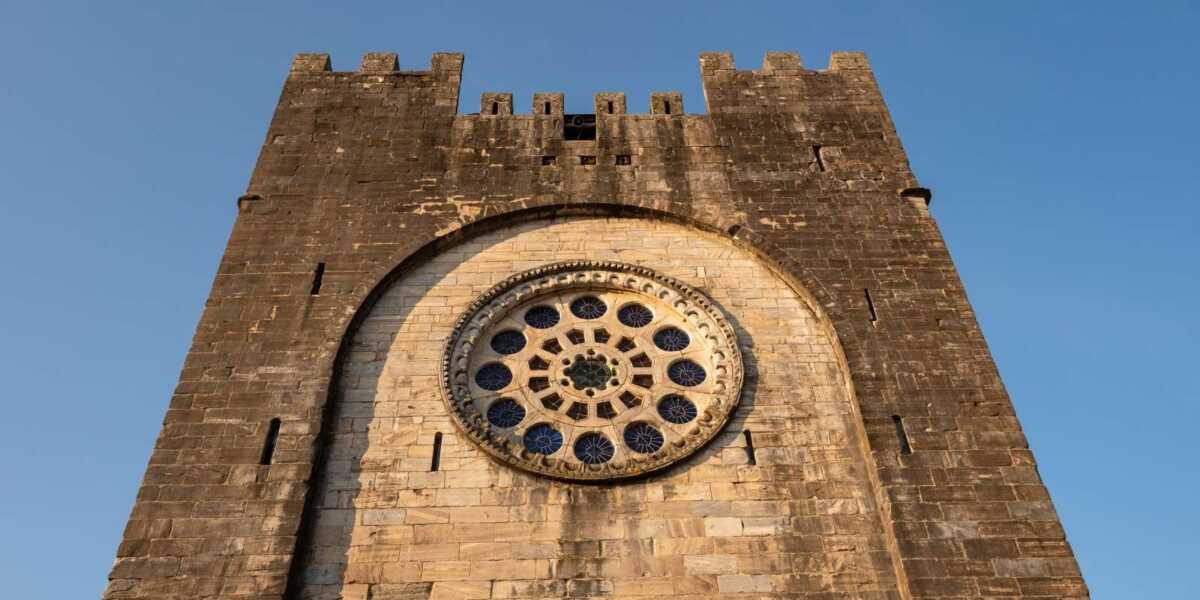 Staircase and Chapel of the Snows

The staircase is a curious staircase made of granite stone that leads to the Chapel of the Snows. This staircase draws an arch in its profile, located above the road. From here you can enjoy unbeatable views of the Portomarín reservoir. It was built using the old medieval bridge, and through it you can access the town centre.

The Chapel of the Snows was the chapel of the old hospital. Evil tongues say that Anyone who stops to rest in the middle of the steps will be cursed and will be punished with many years of bad fortune in love. So you know, despite the accumulated fatigue, especially for visitors who come walking from Sarria, we recommend not to stop to take the picture in the middle of the staircase for what may happen. 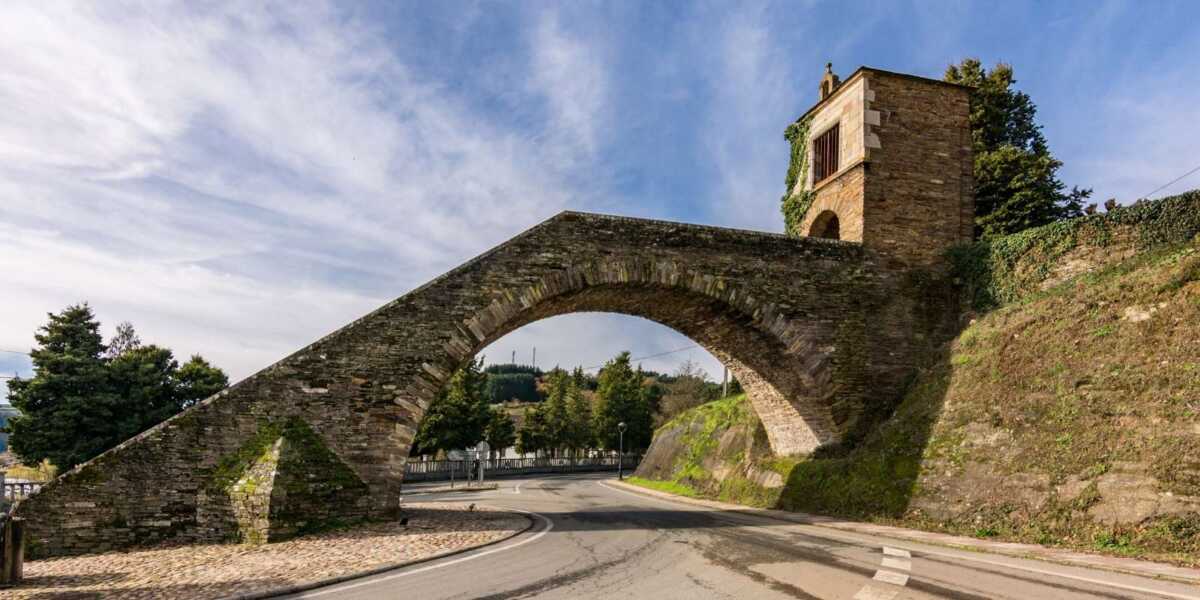 The Pazo of the Count of La Maza

Also known as the Pazo del General Paredes, it was owned by the Count of Taboada with the surname de la Maza, descendant of a great military family. This building, along with others, was one of those saved from the Belesar reservoir to be relocated to the new site of the village. It dates back to the 16th century and currently serves as the town hall building. It is located in the same square as the church of San Nicolás. 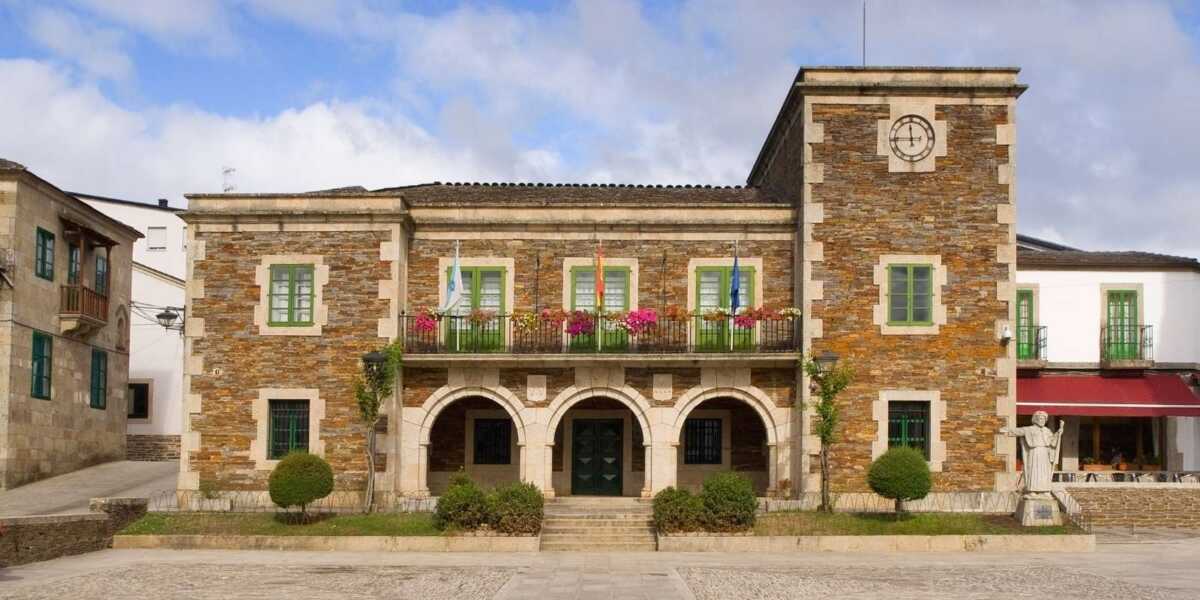 The old village of Portomarín Land of eels and eau-de-vie

Apart from its monumental charm, Portomarín is also a land of fishermen and alquitaras, of eels and eau-de-vie .

If you look towards the reservoir, you can see the famous “caneiros“, stone constructions in the shape of a “V” that are used for traditional eel fishing. This star dish of Portomarín can be tasted in any of its restaurants. There are different ways to prepare it, battered, stewed and in empanada. 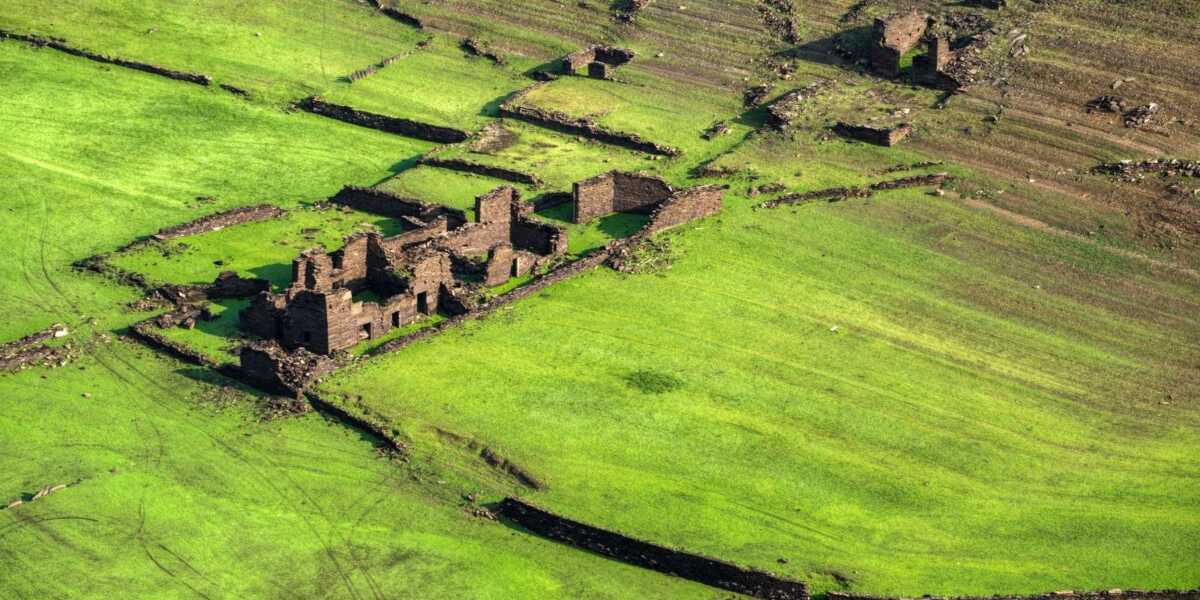 But Portomarín is undoubtedly famous for its good eau-de-vie, so much so that its gastronomic festival honours this concoction made using alquitaras, the oldest method of distilling eau-de-vie. You can’t leave this charming village without trying a shot. The most traditional ones are blanca, crema de orujo, coffee liqueur, and aguardiente de hierbas, called “liquid ibuprofeno” by many tavernkeepers as they assure that they cure all the aches and pains of the pilgrim.