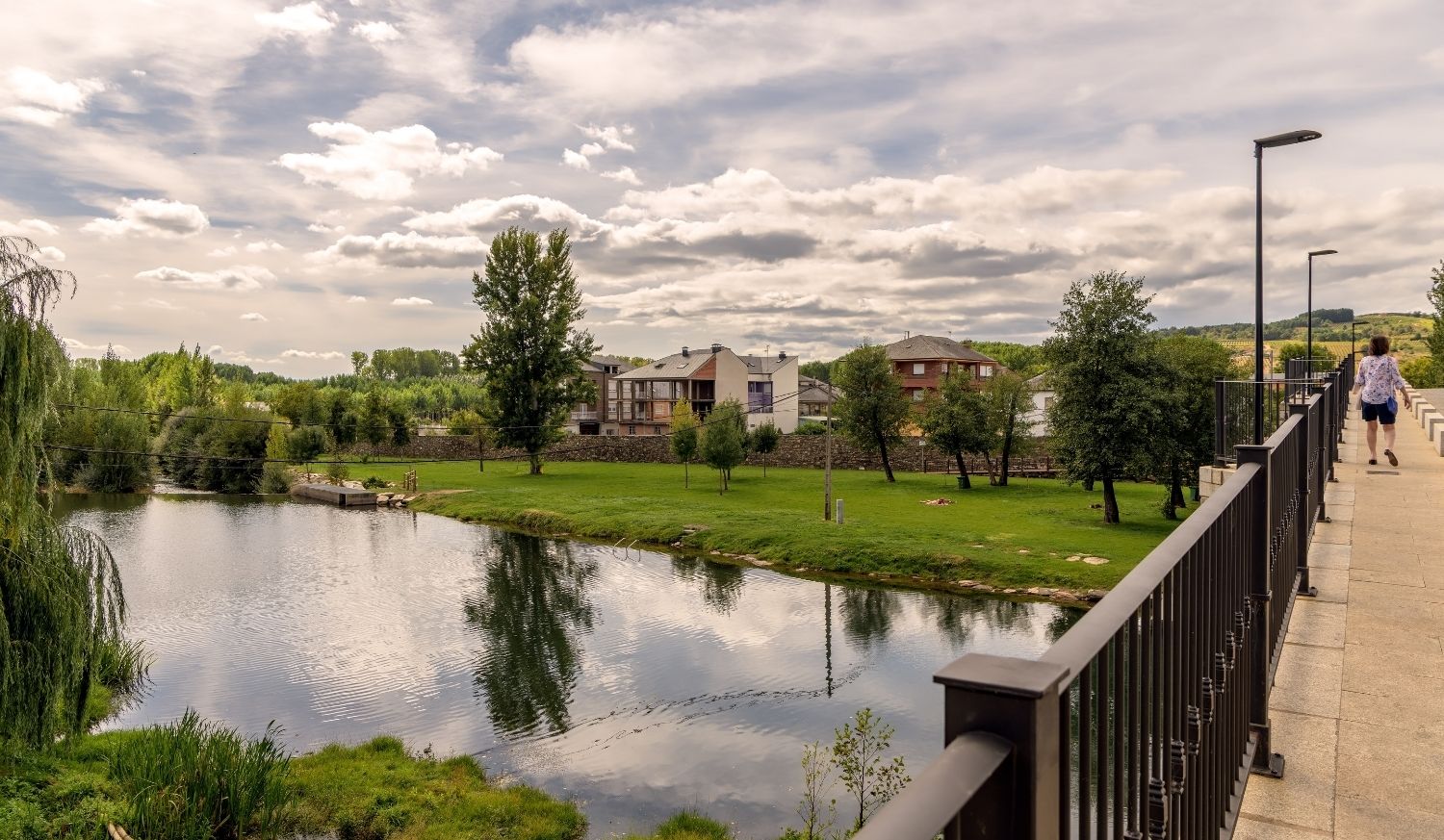 Cacabelos is a town in the region of El Bierzo, in the province of León and located on the French Way. It is one of the municipalities in León where Galician is spoken, so it has an interesting cultural mix. This village has traces of humanity since the Palaeolithic, so it has an interesting architecture from different periods as well as a natural heritage of great beauty.

What to see and do in Cacabelos

The hermitage of San Roque

This is a building with a lot of history that you can visit in Cacabelos. Don Mateo Chicarro, a figure of the small local nobility, rebuilt the Vera Cruz chapel in 1590. After a few years its patron saint would change the dedication to San Roque, as he is the protector saint against the plague and this had devastated different places at that time.

Up to the present time it has had to be rebuilt “in fundamentis” on several occasions, the last one being in 1789. You can contemplate in its interior and next to the image of San Roque, two polychrome wooden high reliefs of the eighteenth century. These represent San Gil de Casayo and San Herberto de Cerdeña, who came from the monastery of Carracedelo. 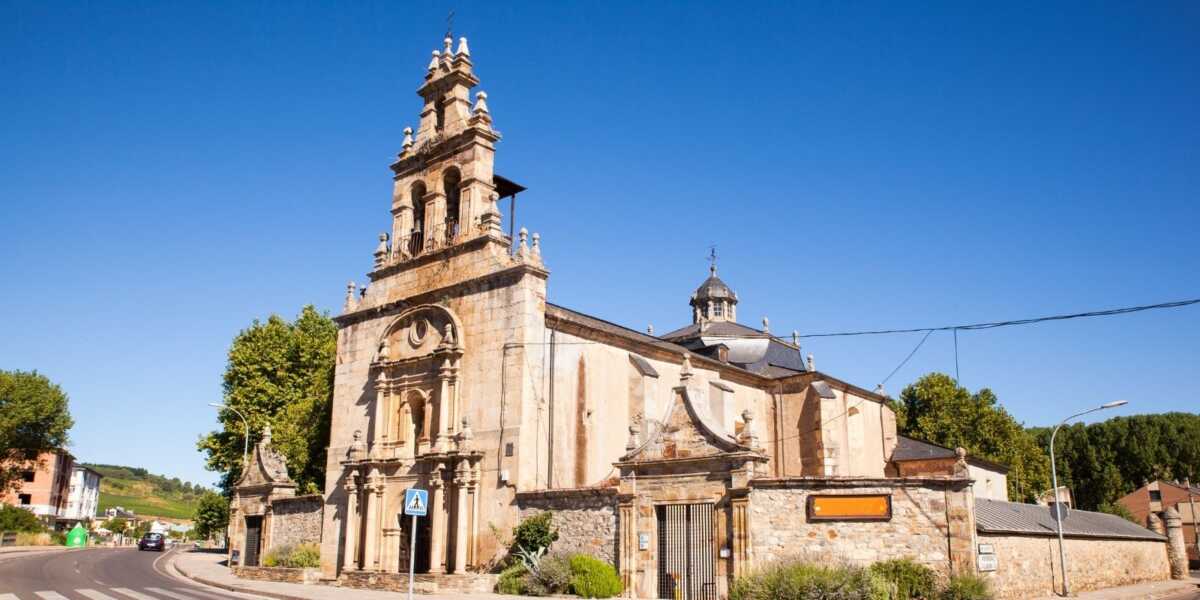 In the Middle Ages a hospital was built outside the walls of this village and the building remained standing until the 18th century. In the place where this square stands today, both the hospital and its chapel used to stand, and the area is now an excellent example of popular architecture.

The church of Santa Maria

This parish church of Santa María was consecrated with full honours by the bishop of Santiago, Diego Gelmírez, in 1108. At present only the Romanesque apse remains standing, due to a rebuilding that took place in the 16th century. Later on, the building underwent important reforms, such as the construction of a new neo-Romanesque tower in 1904. 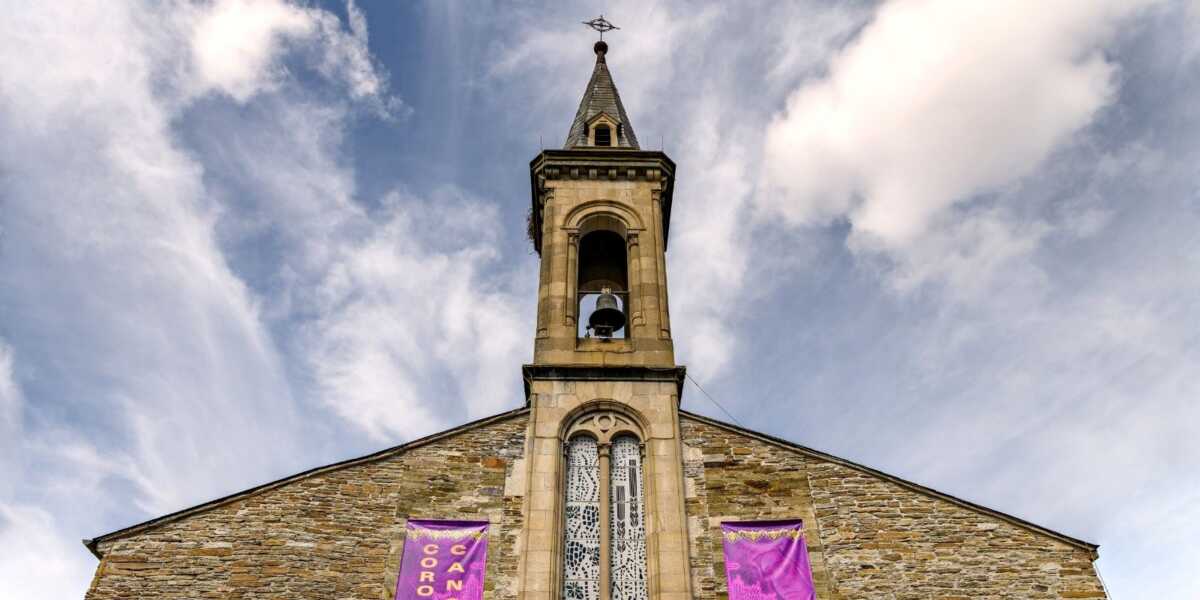 There was an essential bridge to cross the river Cúa since Roman times in Cacabelos. Nowadays you can enjoy this construction with six vaults of ashlar masonry, work of the XVI and XVIII centuries and one of the most monumental, piece of the best preserved of the whole province. Under the bridge there is a fluvial swimming pool, so the surroundings are an invitation to visit and no pilgrim should miss the opportunity to visit the place when they are in the village. 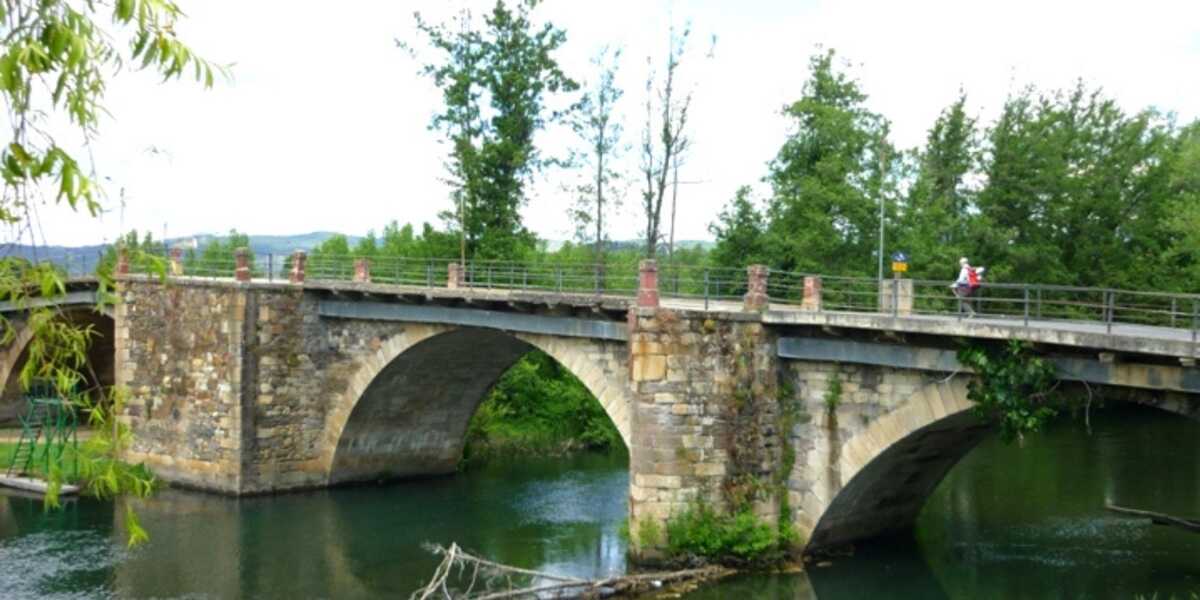 A stroll along this street is a must, as it has been the noblest street in the town since the Middle Ages, no less. All the streets and alleys of the town centre end up in it. The two most important gates of the fence were opened at both ends: Cimadevilla and San Andrés. The one in Cimadevilla is located next to the current hermitage of San Roque and the one in San Andrés next to the parish church of Nuestra Señora de la Plaza. Strolling through this area you can see the best preserved representations of cultured, religious and civil architecture. A journey into the past of great beauty that no traveller should miss. 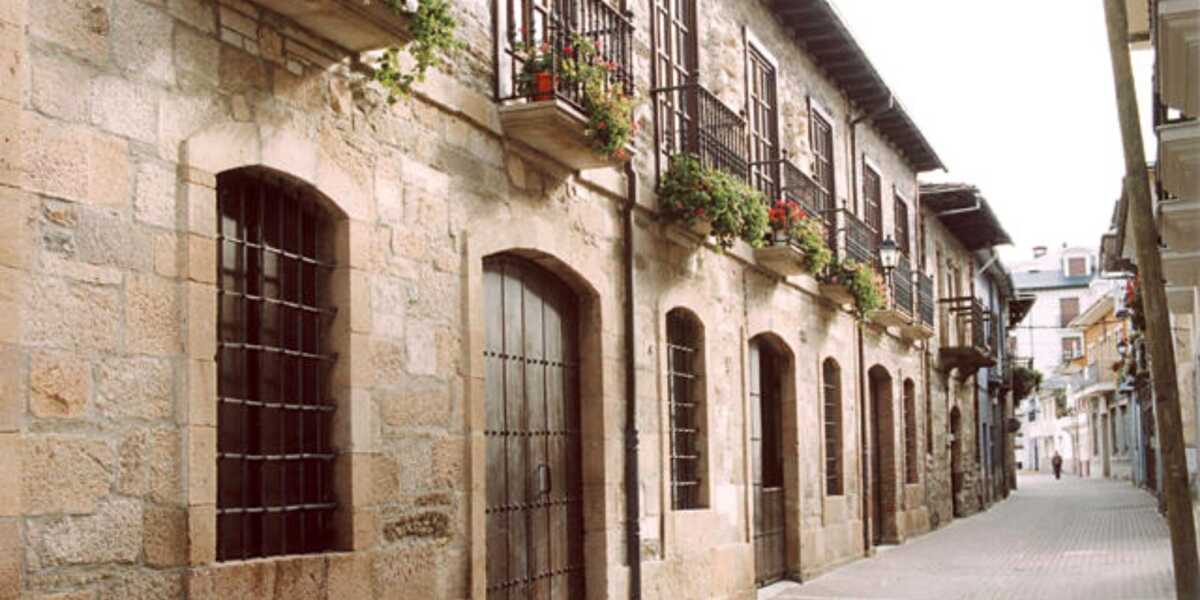