The most overwhelming therapeutic stories of the Camino de Santiago

That the Camino de Santiago is very beneficial for mental and physical health is something we already know from our own experience. Such are its many benefits that it even serves as a instrument with therapeutic and healing functions for ex-servicemen and women who faced hard and dramatic episodes of war, grief after the death of loved ones, stories of overcoming, etc. We want to tell you the benefits that many pilgrims experienced on the Camino de Santiago A path that is also one of therapy, healing and rebirth, superpowers that the different pilgrim routes can offer even in cases as traumatic as the ones we are going to see.

Here we have a very recent example of therapeutic stories on the road, the telling of which is overwhelming. The association Warriors on the Way created by Texas priest Steve Rindhal in 2018, is dedicated to organize annual pilgrimages on the Camino de Santiago for U.S. ex-military personnel psychologically affected after traumatic experiences on the war fronts, such as those who were Iraq and Afghanistan. He himself, a former paratrooper in the U.S. Armed Forces, made the Camino de Santiago for the first time and alone in 2016, and, as he declares, “.I realized the healing that the Camino de Santiago meant for me.“a kind of unique healing balm. 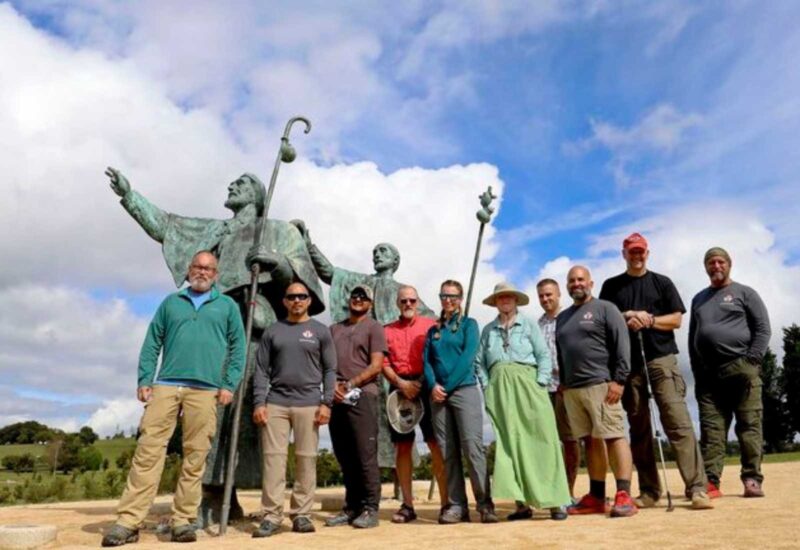 And if that wasn’t enough, the stories of initiative are non-profit and solidarity-based.Each trip costs about 3,200 euros per person, so that, despite the generosity of the donors, it cannot satisfy all the requests for participation that it receives each year, between 70 and 80. Thus, he must carry out a selection process of the approximately seven final participants who will accompany him.

This year they went on pilgrimage again, starting the French Camino de Santiago from Astorga. Accompanied by psychologist Renee Phillips and officer Jim Stinson, they arrived in Santiago de Compostela last September 30, after a pilgrimage experience which, on returning home, will help them to recover from their wounds.. 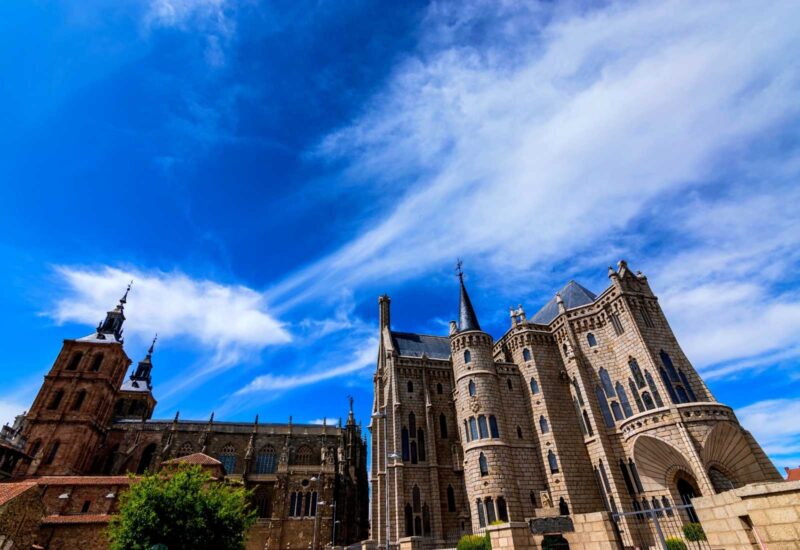 Amaya Ferrer is an Asturian dog hiking guide from Asturias who suffered the loss of her dog Kyla five months ago.She realized that she needed to heal that pain and make it visible to society. Thus, he thought that making the North Road from Irúnlinking with the Primitive Way to reach Santiago de Compostela and then continue to Finisterre would help him to cope with the loss.

His four-legged companion, 15 years old, “She lived two-thirds of her life blind, with osteoarthritis, tumors and Alzheimer’s, and yet she has lived a full life,” says May, as she likes to be called. She, who made the approximately 1,000 kilometer journey, did not travel alone, as she carried Kyla’s ashes with her at all times. They arrived in Santiago de Compostela last October 15 after 45 exhausting days of walking, where there was no lack of pain in the feet and a tiredness that at times made her think of giving up, but as she herself confesses, “… she was not afraid to go back to Santiago de Compostela”.I was shocked by Kyla’s death, I felt guilt and doubt about euthanasia, which is a very complicated issue. I do the Camino to heal all that pain”.

The Way is hope

This is how they feel the Camino de Santiago the protagonists of the following story. Sixteen women, oncology patients from the Infanta Leonor University Hospital in Madrid, arrived on October 3rd in Santiago de Compostela through the Portuguese Way from Tuiin a fifth edition of this pilgrimage organized by two nurses from the center. 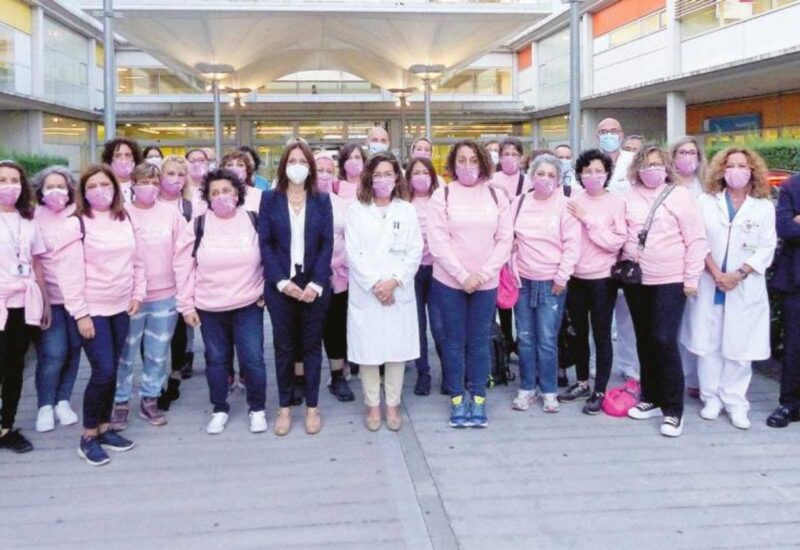 This initiative aims to help normalize the lives of these patients, who have in common the same pathology, breast cancer. A few days of conviviality, to share their experience, to communicate and to improve their self-esteem.. This initiative, started in 2012, has obtained different recognitions in the Optimistic Hospital Awards and in the “Nursing in Development” awards. In addition, on this occasion, they have had the collaboration and funding of the Madrid City Council and the Rayo Vallecano Foundation.

A path of stories 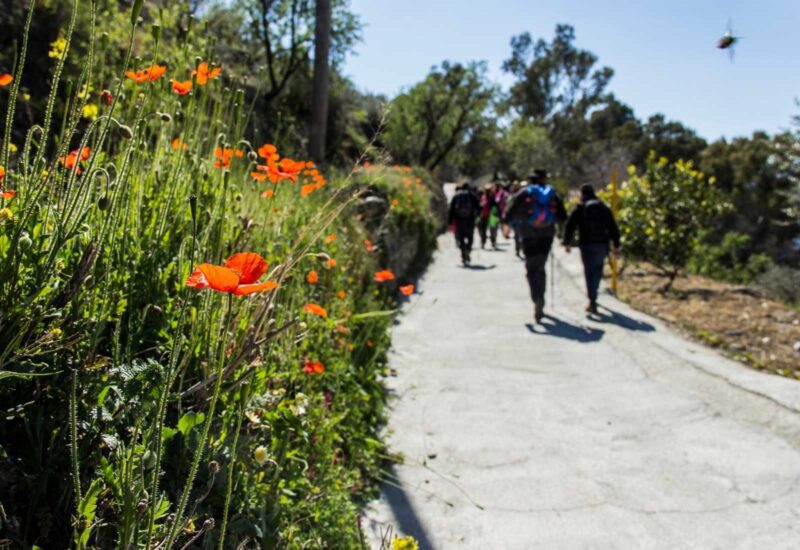