The beautiful Ruta of the Costa da Morte in Galicia, located in the northwest part of the Galician coast, offers us infinity of routes to enjoy impressive landscapes, exceptional gastronomy, history, religion and culture without limits.

On this occasion, and after having enjoyed the Camellia Route o the Route of the Lighthouses we enter into a new world of Ruta by the Costa da Morte through the impressive viewpoints that we find in the different localities or places where we will stop to let our senses be flooded with the wildest Galicia. 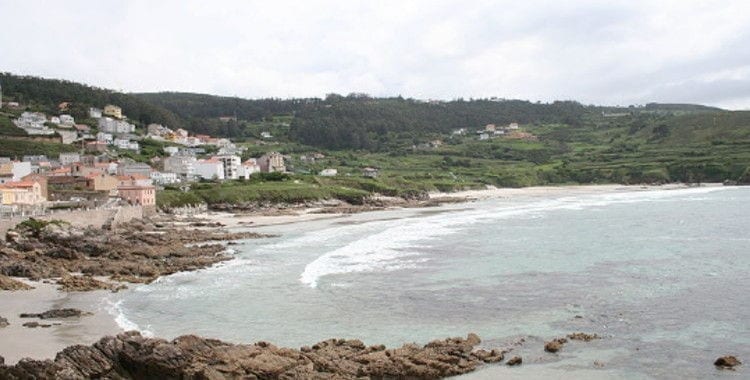 Viewpoint of Caión, our starting point

In the town of A Laracha, in the heart of the Bergantiños region, its viewpoint awaits us, a place from which we can have unique views of the beach of Caión and its surroundings. Located about 25 kilometres from A Coruña, this is where we start our adventure through the most spectacular viewpoints of the Ruta of Costa da Morte. 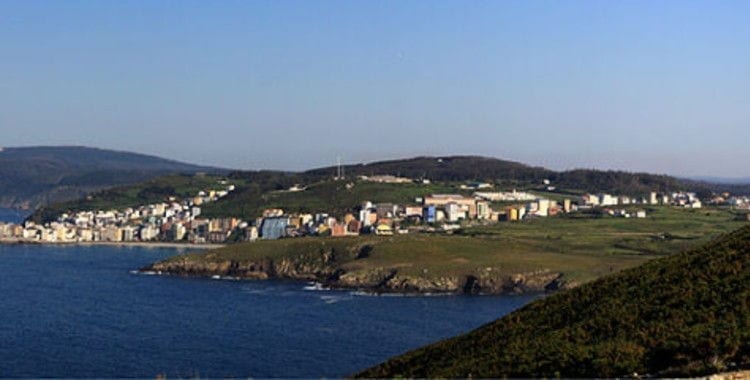 Located in the town of Malpica de Bergantiños, its hermitage, where San Adrián is venerated with a pilgrimage in mid-June, is one of the attractions of this viewpoint where the expanse of the sea enraptures us from the moment we arrive. Seeing the Sisargas Islands just in front surrounded by that dark blue sea, with the lighthouse watching over them, is a spectacle that we should not fail to contemplate. 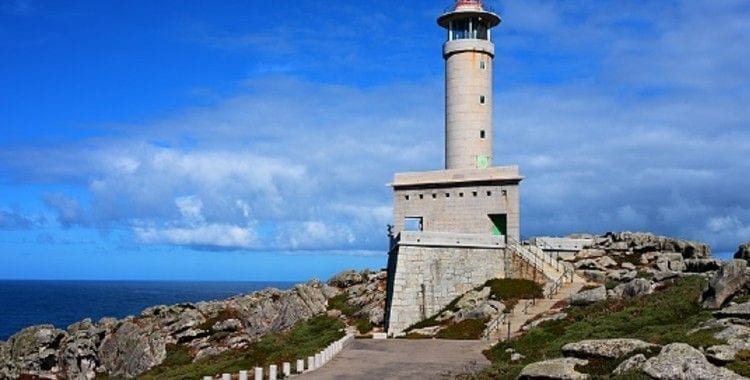 A boat carved in the stone crowned by the lighthouse pointing out to sea as if they were going to go sailing, is the first sight we find in Punta Nariga, a shocking place, which overwhelms especially on days when the sea beats rough.

Climbing up to the viewpoint of the lighthouse, we will have the sensation that we are sailing on the waters and when we go down the rocks that surround it, capriciously carved by the wind and the water, will give us the perfect panoramic view of the impressive place where we are. 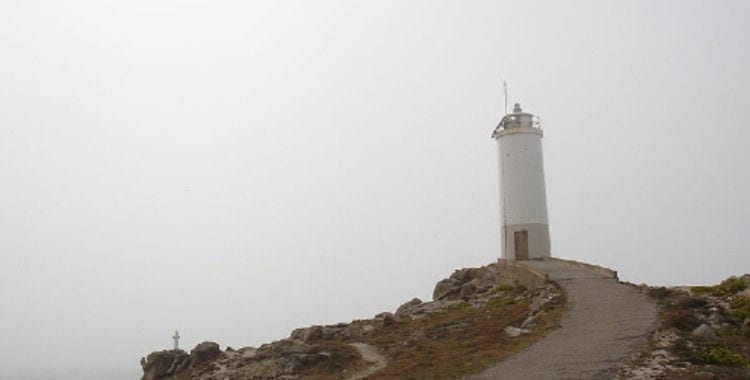 Punta do Roncudo, a living legend

This cape located in Ponteceso owes its name to the hoarse echo that the Atlantic produces on the coast. Tragic protagonist of shipwrecks, the force of the ocean is evident in this area and its three crosses remind us of those who lost their lives in these waters and have remained within the sad maritime history.

In its impressive cliffs the shellfish gatherers risk their lives to pull from the rocks the most exquisite barnacle of the Costa da Morte… and they say that of all Galicia, whose explosive flavour is due to the beating of the ocean. Monte Branco viewpoint, where the river meets the sea

The wind blows a thin layer of white sand, which gives its name to this mountain, up its slope and gives it a peculiar view. This Monte Branco is located in the Anllóns estuary, where the river meets the sea. At the top of the mountain we will find beautiful views of beaches, cliffs, dunes… with A Barra, a tongue of sand located on the beach of O Medio, which seems to want the river does not touch the Atlantic. 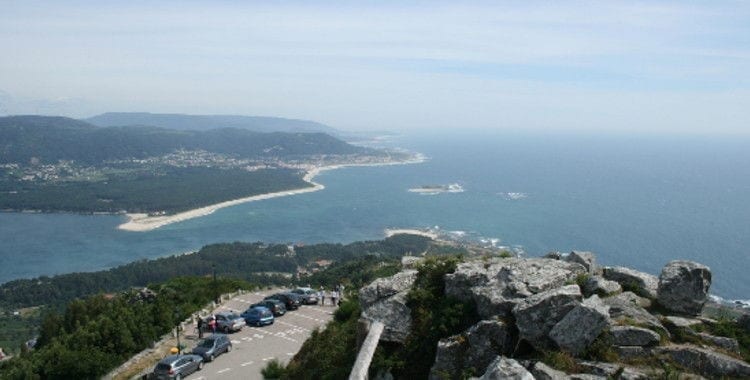 Monte Insua, a tribute to the sailors’ wives

If we want to have a privileged view of the Atlantic Ocean, we will go up to Monte Insua where the Lighthouse of Laxe is located. Here we will not only enjoy the infinity of the ocean to our left, with the estuary of Laxe acting as a barrier to the right, but we will also be thrilled. with ‘A Espera’, a sculpture that represents all those women, mothers and wives, and their children who are waiting to see their men return, sailors who have fought a thousand battles against the sea. Lobeira viewpoint, the Arousa estuary at our feet

In Vilanova de Arousa we find Mount Lobeira, crowned by its impressive viewpoint that gives us a beautiful panoramic view of the Arousa estuary and the Salnés valley on clear days. 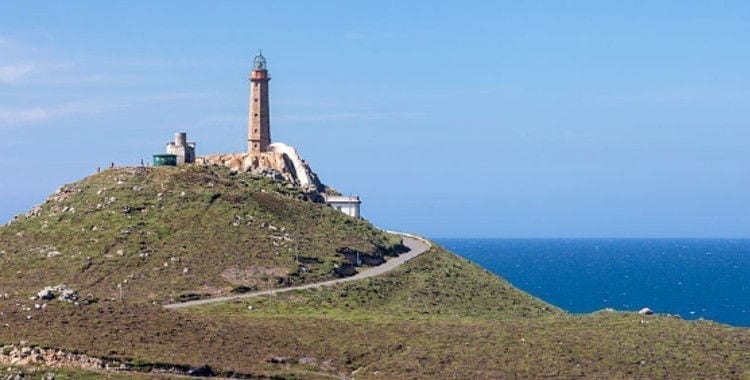 Located in Camariñas, the lighthouse that crowns this cape is one of the most powerful of the Ruta of the Costa da Morte (you can see the light at 55 kilometers), not in vain signals one of the most dangerous sections of the Galician coast. The wind, the cliffs and the roar of the sea will make our heart shrink in this enclave that is a must-see. 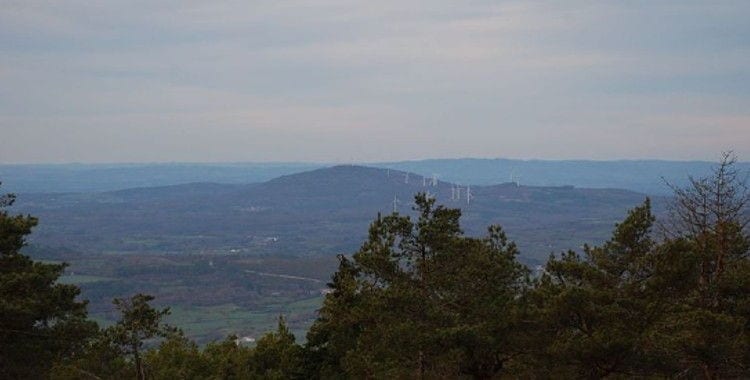 Monte Farelo, the viewpoint of the four Galician provinces

In Muxía, where the memory of the ‘Prestige’ disaster is still very much alive, we find the Romanesque Sanctuary of Nuestra Señora de la Barca, built in the 12th century, and whose visit is a must.

Pure emblem of the Costa da Morte Route. The landscape where the sanctuary and the lighthouse of Muxía are located will leave us speechless: rocks, roar of the sea, smell of saltpetre… the immensity. 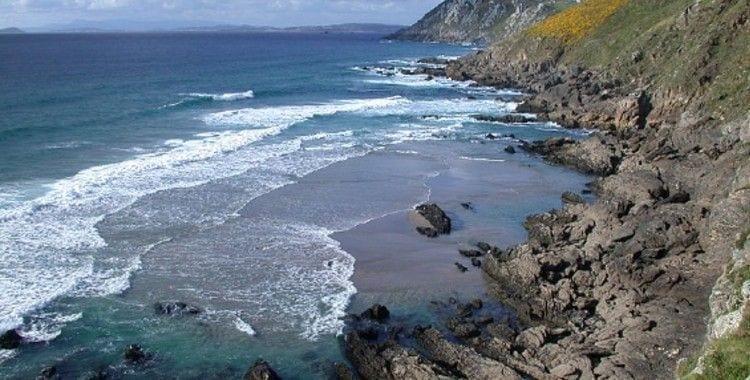 Monte do Facho viewpoint, where green and blue come together

Beautiful views offered by this Mirador do Facho in the Pontevedra town of Cangas where the green of the meadows and mountains and the dark blue of the sea gives us an idyllic postcard. We will also see the Cies and Ons Islands and a beautiful panoramic view of a large part of the Rías Baixas. 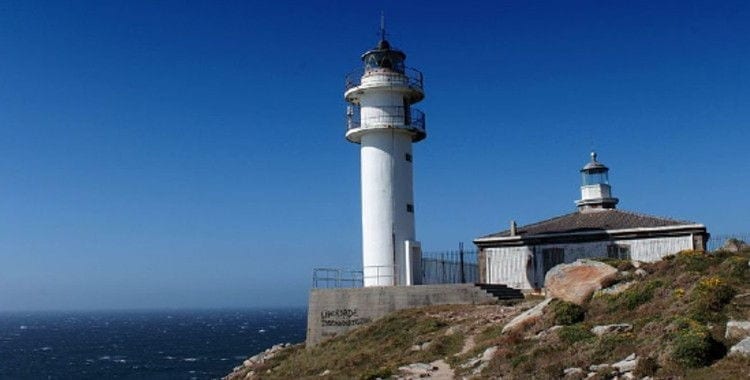 Punta Buitra, or how to walk on the ocean

On the Ruta dos Faros on foot, a visit to Punta Buitra, in Muxía , is a must. The climb requires effort but it is worth it just to enjoy the feeling of walking on the ocean. A few pine trees will be our companions and the remains, wild territory, with the ocean as a companion and the cliffs receiving its scourge. 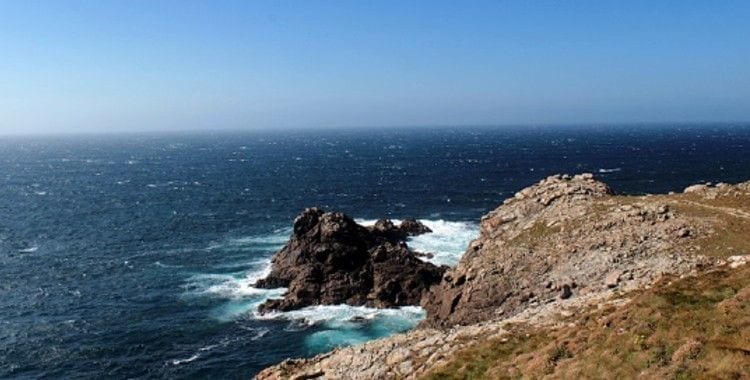 In Cabo Touriñán, a rough, almost inhospitable place with its two lighthouses, is striking for its sobriety. Located in the westernmost tip of peninsular Spain. Here we can contemplate, when spring starts and summer ends, the last sunset of the European continent. A spectacle that, without a doubt, is worth contemplating.

Cape Finisterre, where the ocean extinguishes the sun

Cape Finisterre is formed by the recognizable octagonal lighthouse. A building called the Cow of Fisterra that houses a warning siren and another called the Semaphore. Signals were sent from here to the warships since it was built in 1879.

At the End of the World, Fisterra, we can see a sunset that, just for that, is worth a visit. The sun is falling over the horizon while the ocean seems to swallow the star, it extinguishes it with its force. Then the last lightning, then darkness, nothingness, the end.