The National Library presents an exhibition Of the Camino de Santiago

The cultural program of Xacobeo 21-22 is non-stop, and from November 11th until February 6th we can learn more about the Way of Santiago thanks to the exhibition that the National Library of Spain offers us about the First European Cultural Itinerary. Under the title Xacobeo. The Footprints of the WayIn this exhibition we will be able to know all the cultural heritage that the Way of Santiago has generated for more than a millennium.

Following in the footsteps of pilgrims

At the official presentation of the exhibition, which took place on November 10 of this year Holy Year 2021, the director of the National Library of Spain, Ana Santos Aramburo, points out that “is an opportunity to see artistic manifestations of various kinds that remain in manuscripts, incunabula, maps, press, drawings, engravings, paintings, sculpture, posters, photography, music, film,… that show the mark that the Jacobean theme has left for centuries and help to understand the phenomenon that is currently the Camino de Santiago“. 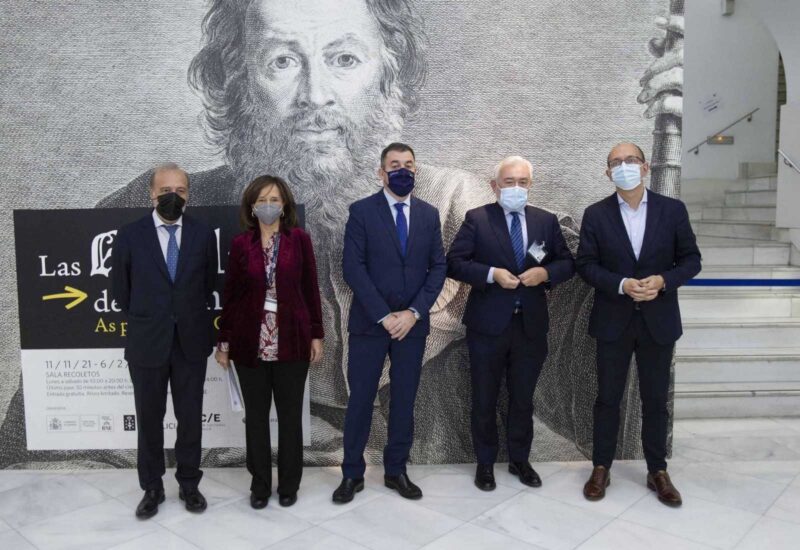 “The exhibition speaks to us of all the paths that humanity travels”.

This is how José Andrés Torres Mora, executive president of Acción Cultural Española, sums up this exhibition curated by Darío Villanueva, director of the Royal Spanish Academy of Language. Villanueva himself tellsus about the title of the exhibition, where the word “footprint” has many connotations: besides being the proof of the passage of pilgrims along the different roads that lead to Compostela, “huella” also has the meaning of “path”, especially in Latin American countries, which has been the focus of the National Library’s gallery. In addition to his curatorial work, the scientific committee, composed of Carmen Manso, Juan Monterroso, Paolo Caucci von Sauken and the Galician Xosé Luis Barreiro, will be in charge of the different sections of the exhibition.

Among the original pieces on display we can highlight some well known ones. More than 100 belong to the National Library’s collections, such as the Partidas of Alfonso X “the Wise” or a 13th century Sacred Bible. The Barrié Foundation also participates in the exhibition, lending the reproduction of the Musical Instruments of the Pórtico de la Gloria. For its part, the Institute of Galician Studies contributes a painting by Murillo depicting Santiago Zebedee, as well as a model of the Cathedral of Santiago. Galician cultural personalities will also donate works, such as photographs by Xurxo Lobato. It will be a total of 211 originals that tell us about a path that is part of the “essence and collective identity of Europeans“, as noted in the presentation of the Regional Minister of Culture of the Xunta de Galicia, Roman Rodriguez. 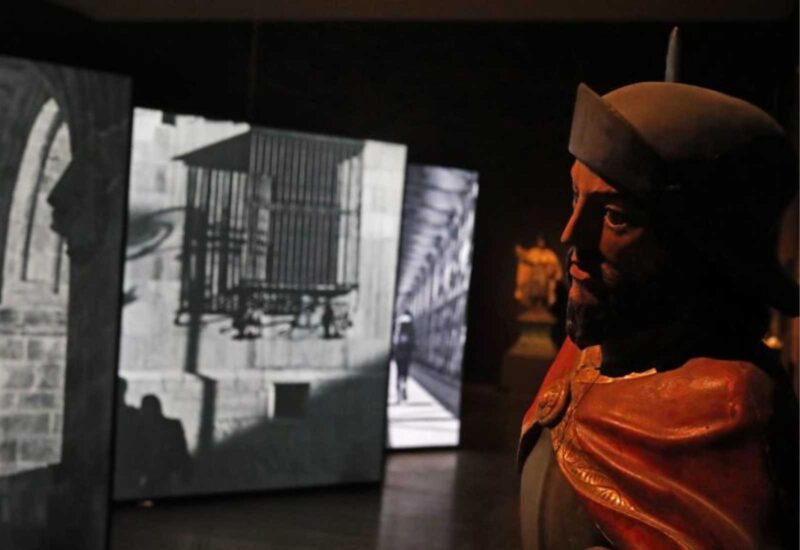 The path is made by walking…

If you want to visit the exhibition you still have plenty of time. Occupying the Sala Recoletos of the Biblioteca Nacional, it can be visited from Monday to Saturday from 10:00 am to 8:00 pm, while on Sundays and public holidays it is open only in the morning, from 10:00 am to 2:00 pm. Admission is free and free until full capacity is reached, with a maximum of 150 people, so booking is recommended tickets. For groups with their own guide you also have to book and guided tours are also available guided tours with National Library staff. You can get more information here. 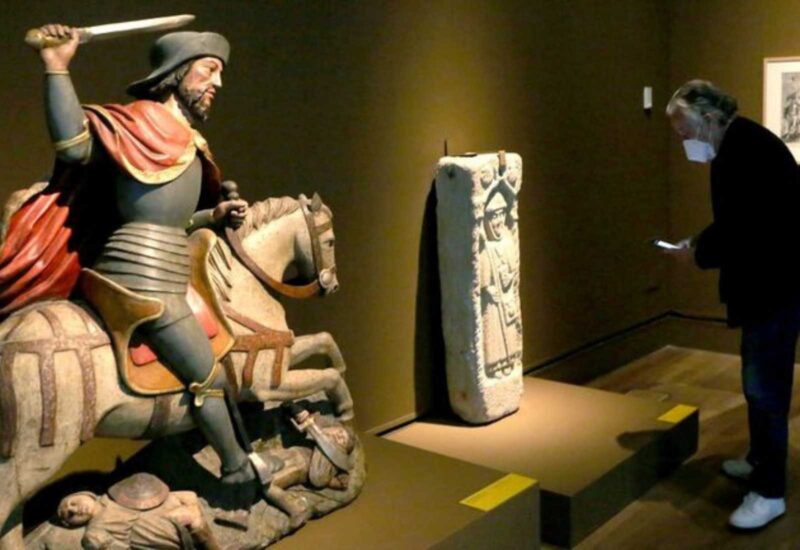 However, if you live in Galicia you will have the opportunity to visit it without having to travel to Madrid, because next spring 2022 the exhibition is expected to be exhibited at the Gaiás Museum of the City of Culture of Santiago de Compostela between March and May.

The footprint of Santiago

Yes, following the one who knows the most about the Castilian language, we could refer to the Way of Santiago as the Footprint of Santiago, or in fact the Footprint of Humanity, because all the heritage that the Jacobean fact has given us is of utmost importance. From the first tourist guide of the Way of Santiago to the countless cathedrals that dot the routes to Compostela, everything that has generated the Camino de Santiago is due to the footsteps and footprints of millions of pilgrims in history.