Autumn is already felt in Spain as we usually know it, and we already have the first alarms for cold and snow storm. The cold air squall Arwen has reached the peninsula and lashes the northern regions of Spain, some on yellow alert and even orange. More than autumn, it seems to be an early winter, and there have already been some incidents that are affecting some pilgrims on the Camino de Santiago.

The bad weather already started to have consequences in Navarre at the beginning of November, when the Navarrese authorities decided to close the Lepoeder Pass on the first day of that month and until 31 March 2022. This measure is not new, and has been adopted since 2015 to ensure the safety of pilgrims.

This is an eastern variant of the Way of Santiago on its entry into Navarre, which passes through Huntto, Orisson and the Lepoeder pass and finally arrives at Roncesvalles. However, the western variant is still open, and goes from Saint Jean a Pied-de-Port through Arnéguy and Luzaide to Roncesvalles. 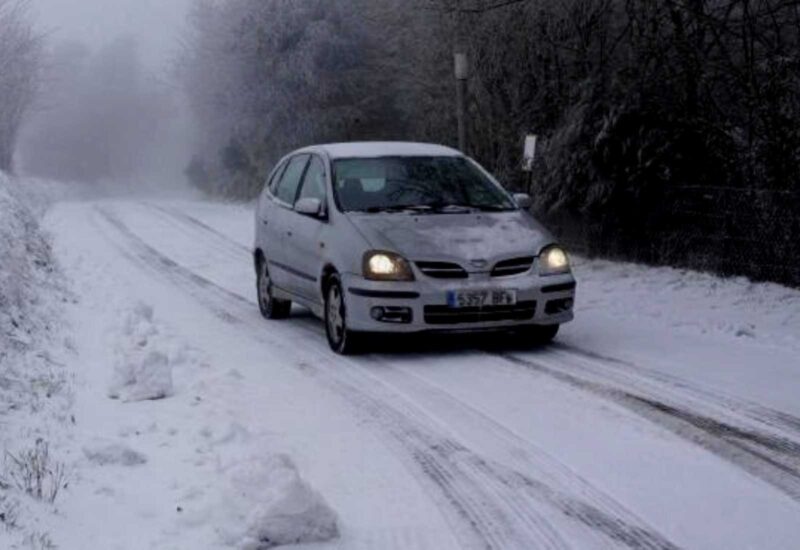 However, the storm is extreme and in these days A Brazilian pilgrim had to be assisted by the Civil Guard’s Citizen Security Agents, when he found himself disoriented and dehydrated in what is known as the Guardian’s House, at the height of Valcarlos in the direction of Roncesvalles, where he was finally transferred by the agents to one of their shelters. It didn’t go any further and he didn’t need medical attention.

Still in Navarre but closer to La Rioja there are also weather complications, and the Guardia Civil has had to assist two pilgrims who could not safely continue their stage, always on The French Way of Santiago. The Benemérita helped them and accompanied them to the pilgrims’ hostel in Logroño.

In addition to the snow from the Arwen storm, torrential rains are also causing alarm in some towns in the north of the peninsula. In the regions of Cantabria and the Basque Country, through which the The North Way of Santiago Several rivers are overflowing due to heavy rains, with Biscay being one of the most affected provinces. The banks of the river Nervión have been the protagonists in recent days of strong overflows, and to a lesser extent, other rivers such as the Deba. 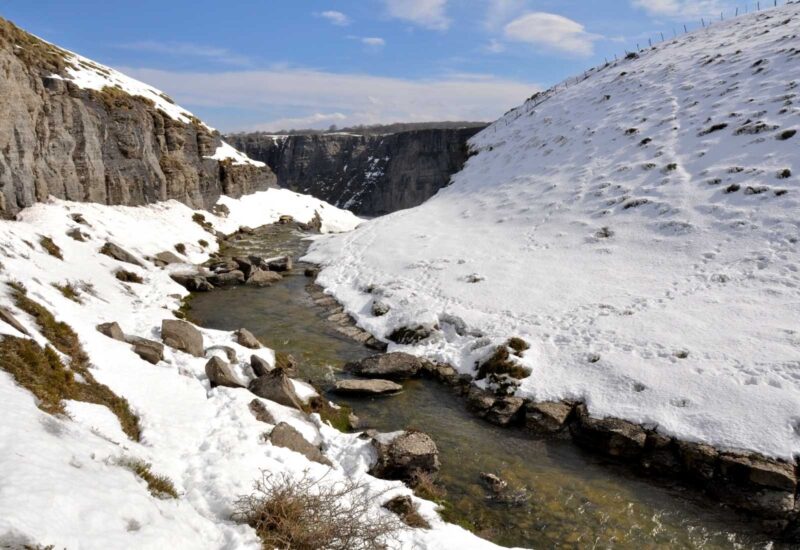 The storm is also affecting León, where there have been several blackouts in the Ancares leoneses for several hours. In the city of León itself, snow has been present, although in this case it has not caused major incidents.

In addition, we must take into account the consequences of the storm for road traffic, which has already caused complications on roads. Less grip and poor visibility are risk factors when driving these days, and we advise you to be very careful if you are on pilgrimage and have to pass through common sections with road traffic.

The French Way of Santiago at its entrance in Galicia in O Cebreiro is also being a critical point for the passage of pilgrims. With 1.300 msnm, this is an area of habitual snowfalls, something that we can verify in the webcams provided by the Galician Television, like this one installed in the Albergue de Peregrinos de O Cebreiro. 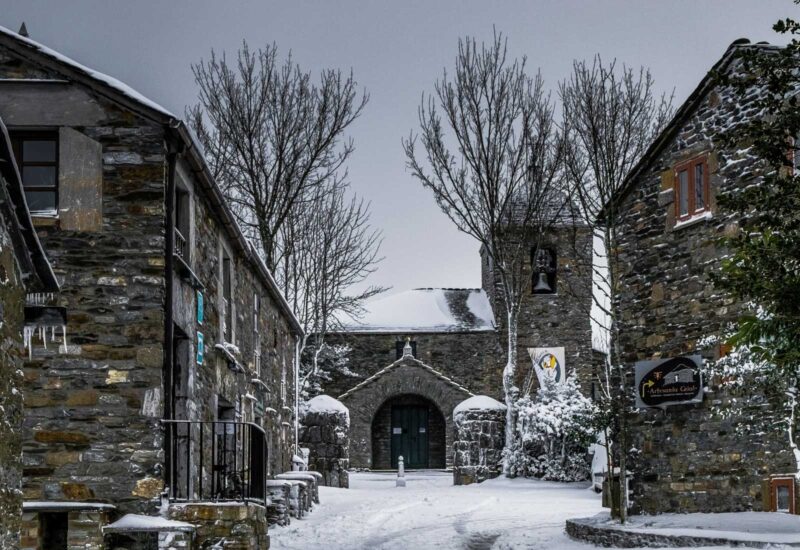 Although the month of November was quite mild in Galicia, with several consecutive days of sunshine and no rain, in these days the weather returns to the normality typical of the last months of the year, so extreme caution should be exercised if you are making the Way of Santiago.

The Arwen storm is subsiding, although it has given a scare to some pilgrims who are on a route in northern Spain. If you decide to do the Camino de Santiago in these months, be very careful, check the weather forecast and prepare your backpack very well. The roads of northern Spain are always susceptible to very cold, rain and snow, and it may be best to choose routes that avoid high mountains.

He who warns is not a traitor, and if you feel like making a pilgrimage to Santiago de Compostela, you have less risky alternatives regarding the weather, such as the Silver Route the Portuguese Way of Santiago or the last 100 kilometers of the French Way of Santiago from Sarria.

Doing the Camino de Santiago is an experience that can be done at any time of the year, but always with common sense and caution. We encourage you to do it, but always with the premise of enjoying it and doing it safely.