The southernmost roads of Ourense. Discover the Andalusian Routes!

As you may already know, there are as many ways to Santiago de Compostela as there are pilgrims from different origins, since the Camino de Santiago started, in the Middle Ages, from the pilgrim’s own front door. Nowadays, with today’s means of transport, we can choose where to start from without having to travel for miles to get to the Jacobean basilica. However, it is very suggestive to think about the idea of starting the Camino from home. For this reason, we have brought you today a very particular Camino: The Camino de Santiago from Andalusia.

If you live in Andalusia, perhaps you would like to make a pilgrimage in this authentic way.

In the Autonomous Community of Andalusia we can identify several roads to Santiago that run through it, although practically all of them connect at some point with the main Andalusian road to Compostela, the Vía de la Plata. Although this route is the Andalusian route par excellence and recognised in the statistics of the Pilgrim’s Office in Santiago de Compostela. We can list some others, such as the Mozarabic Way, the Via Augusta from Cadiz to Seville and the Southern Way, etc. Let’s take a look at each of them, are you coming?

The Silver Route is perhaps the best known of the routes that run through and from Andalusia. In fact, it is the only one that comes closest to Santiago de Compostela before dying out on another Jacobean route, namely, the French Way or the Sanabrés Way. Its name has nothing to do with the precious metal, but rather with the derives from the phonetic evolution of the Muslim word “al-Balath“ which means “pavement” or “cobblestone road”: in fact, this route is called “road” because in some sections it runs along the magnificent paved Roman road of the 1st century B.C. that linked Emerita Augusta (Merida) and Asturica Augusta (Astorga).

A route with a strong historical justification (in fact, it was one of the first to be born), and travelled by 9,201 pilgrims in 2019, 2.65% of the total and in moderate annual increase. 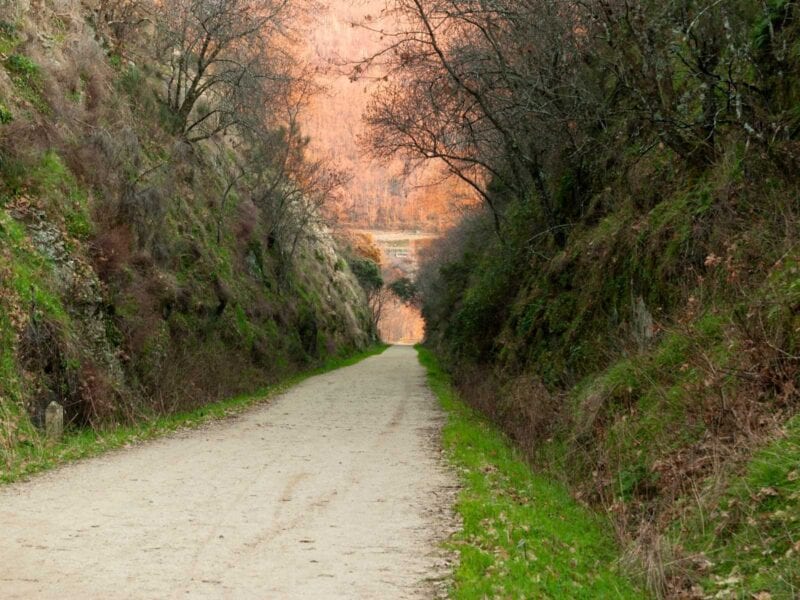 In Andalusia this route runs through the province of Seville, being its capital, Seville, the official start of it. It passes through Camas, Santiponce, Guillena, Castilblanco de los Arroyos, El Berrocal, Almadén de la Plata and El Real de la Jara, being signposted with yellow arrows, although depending on the Autonomous Community the signposting may be more complete, as in the case of Galicia.

About 956 km separate Seville from Santiago de Compostela. Andalusia is very rich in natural, cultural and historical heritage. The landscape is painted with vineyards, olive groves, and ancient pastures, where we can find pigs and cattle (watch out for the bulls!). In the province of Seville we will not find a great difficulty in the terrain, although there is some ascent, being suitable for pilgrims on foot and by bicycle. It is a route with little traffic and in some places with few services, and there is a very important recommendation to take into account: choose well when to do it, because in the central summer months the heat can be suffocating and very dangerous. This can be applied to any route that runs through Andalusia. 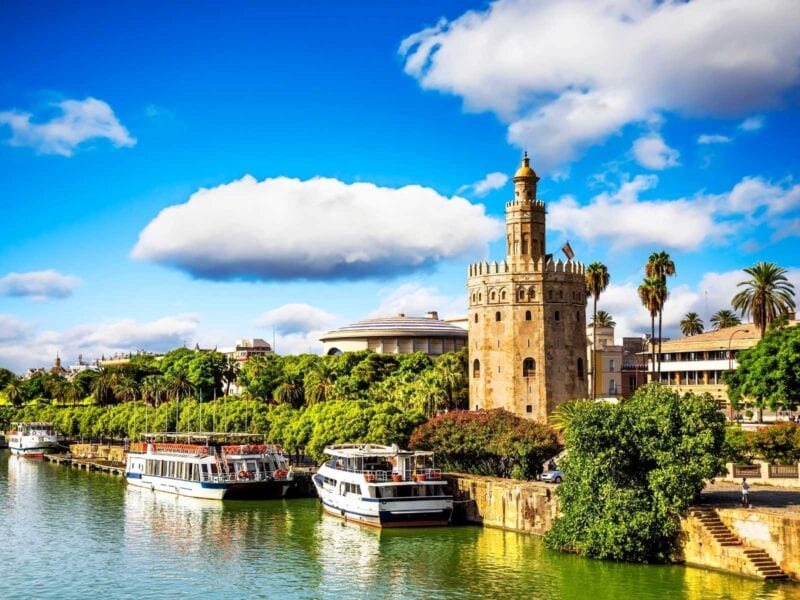 A division of stages could be:

The Vía de la Plata would reach this point in Andalusia, where it would pass to the province of Badajoz, in Extremadura, through which the Way would continue to Santiago de Compostela.

The Mozarabic Camino de Santiago is a historical route born as a the need for the Mozarabic population of Al-Andalus, i.e. the Christians in Muslim territory: with the hostile context between Christians and Muslims in the High Middle Ages, it was necessary to to go to Santiago as a champion of Christianity in the Iberian Peninsula, and hence the development of this route.

It is a route promoted by institutions and pilgrims’ associations, although there is no statistical data of it in the Pilgrim’s Office of Santiago, perhaps because it arrives through the Via de la Plata. Gradually signposted, this is a route that crosses different landscapes, as it is a set of routes that start in different cities and provinces of Andalusia to connect in Cordoba and then link with the Vía de la Plata in Extremadura. Thus, it can be born in Malaga, Almeria, Jaen, Granada or even Cordoba itself. Depending on where you want to start, in this article we give you a suggested division of stages. 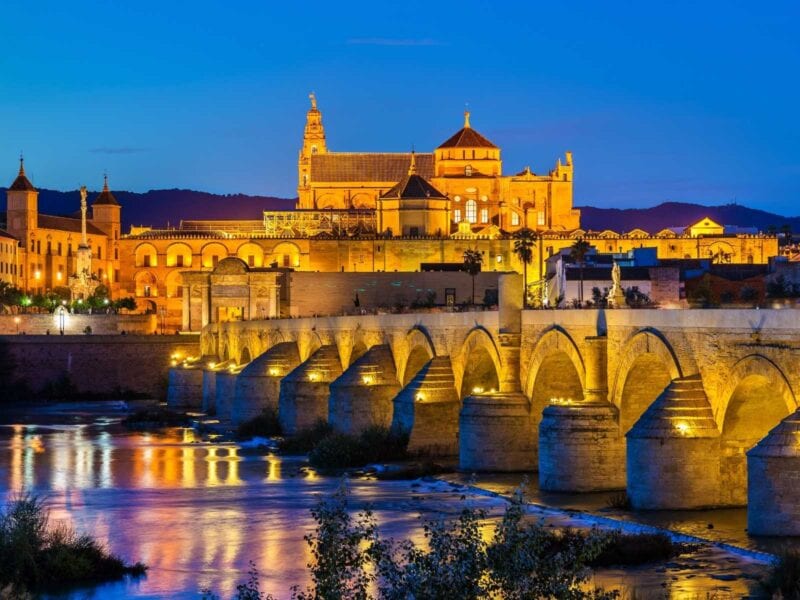 Via Augusta from Cadiz to Seville

Considered as a possible extension of the Via de la Plata from Cadiz to Seville.This route, promoted by institutions and pilgrims’ associations, runs along a section of the Via Augusta that linked Gades (Cadiz), Hispalis (Seville), Carthago Nova (Cartagena) and Tarraco (Tarragona), a Roman road that reaches France, being, with its 1500 km long, the longest Roman road in the Iberian Peninsula. A flat and easy path to walk, with a variety of landscapes. For pilgrims, it is a little known route, although it is on the increase, and if you are from Cádiz you already know how to get to Santiago de Compostela. 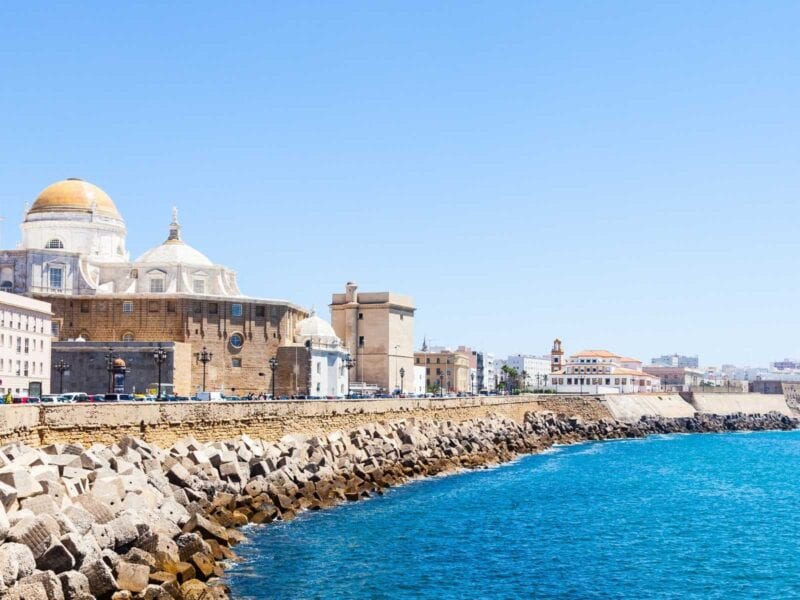 The stages could be:

From Huelva, where this route starts, to Santiago de Compostela, you have 995 km of walking; in Andalusia, it will be 131 km through the province of Huelva on the way. Also called Ruta de Huelva por la Sierra or Ruta Occidental, it connects with the Vía de la Plata in Zafra (Badajoz). It is a little known route with few services, although it has been recovered and signposted by the Association of Friends of the Camino de Santiago of Huelva. With very beautiful landscapes, it leaves the coast to go into the countryside of Huelva, the mining basin of Riotinto and the Natural Park of Sierra de Aracena and Picos de Aroche. 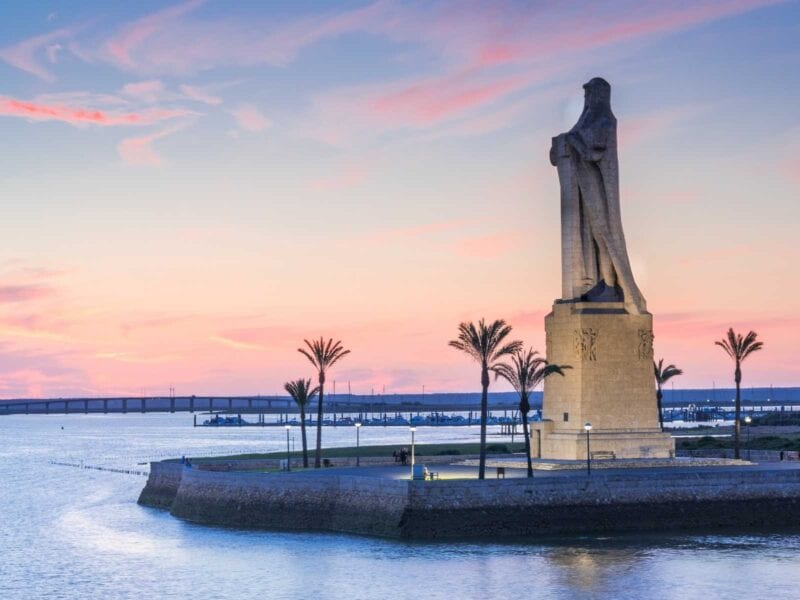 A proposed division of stages would be this:

In addition to these roads, there are other lesser known roads, such as the Vía Serrana, the Antequera Road and the Camino de la Frontera. In this link you can get more information about the Camino de Santiago in Andalusia. 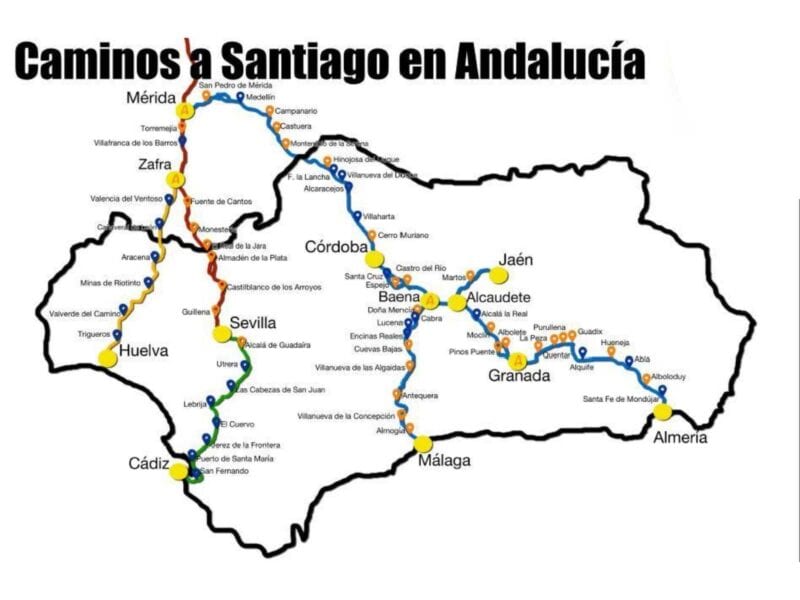 If you live in Andalusia and you want to be a “traditional” pilgrim, leaving your home, you can do it. Alternatively, you can also do only the Jacobean sections in the beautiful Andalusia, or even do it all in parts, year by year, and with arrival in Santiago de Compostela. Of course, and a common factor for all of them, be careful with the heat: water and a hat or cap, as well as walking in the early hours and perhaps in shorter stages, will help you a lot to enjoy these routes to the fullest. As always, we are here to make the Camino easier for you.