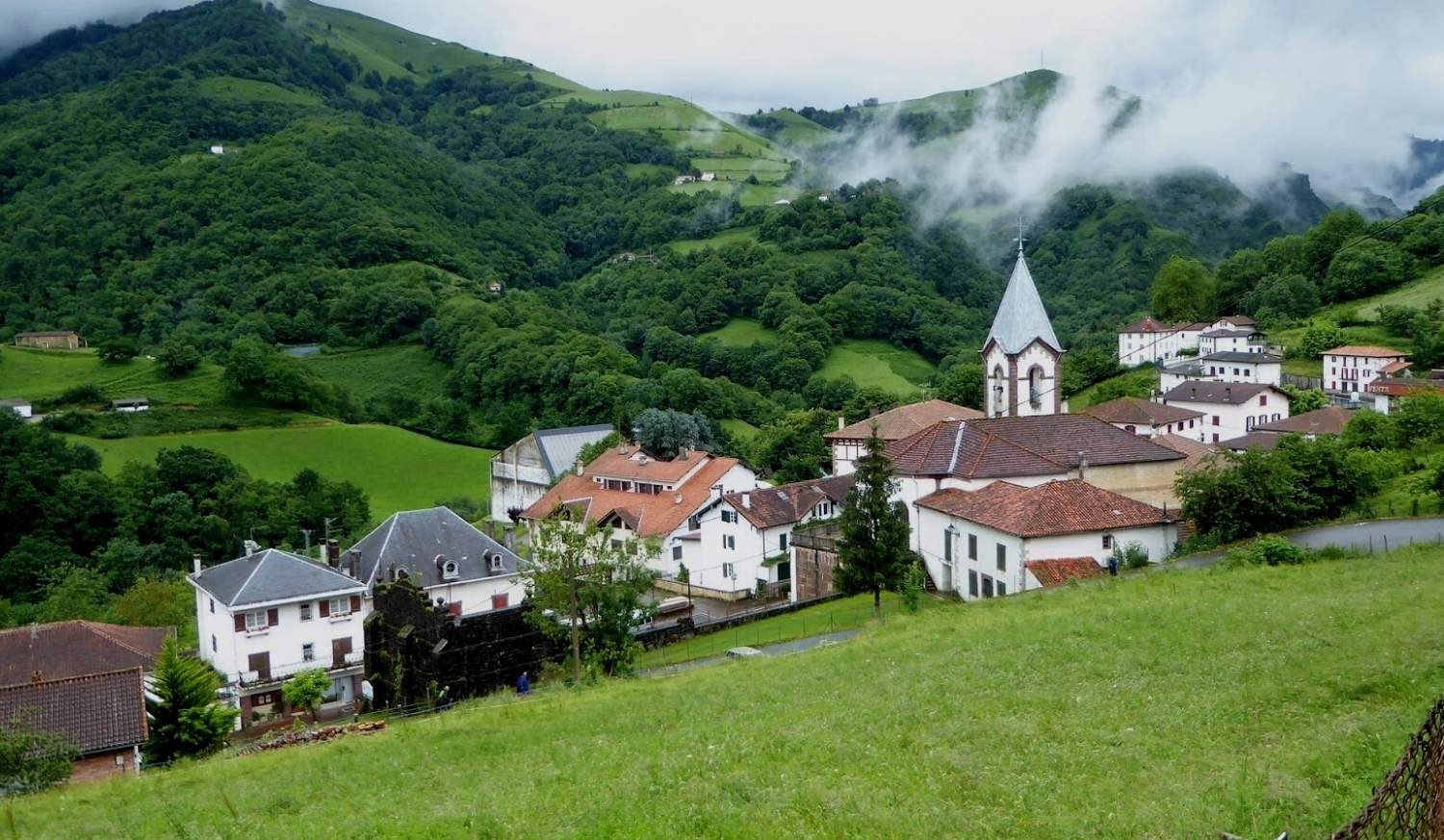 The small border town of Valcarlos – Luzaide is a land rich in forests, waterfalls, waterfalls and historical events. Bandits and shepherds, warriors and pilgrims, frontiers and ties forged the identity of this beautiful municipality. Its name refers to Charlemagne. In the year 778 he was in these lands playing chess when Roland, his best soldier, sounded his oliphant warning him of imminent danger. As fate would have it, Roland and his men met their deaths in the area of Roncesvalles.

The arrival of the pilgrims to Santiago was more peaceful, and since then Luzaide has been the starting point of the Pilgrim’s Way in Navarre. A village that spreads through the valley in eight neighbourhoods inhabited by hospitable people who have been able to adapt to life on the border and who have preserved their ancient traditions that have in the dance of the Bolantes of Valcarlos its maximum expression.

What to see and do in Valcarlos

It was destroyed during the Convention War and rebuilt shortly afterwards between 1799 and 1802. The cloister and the tower were renovated in 1859. 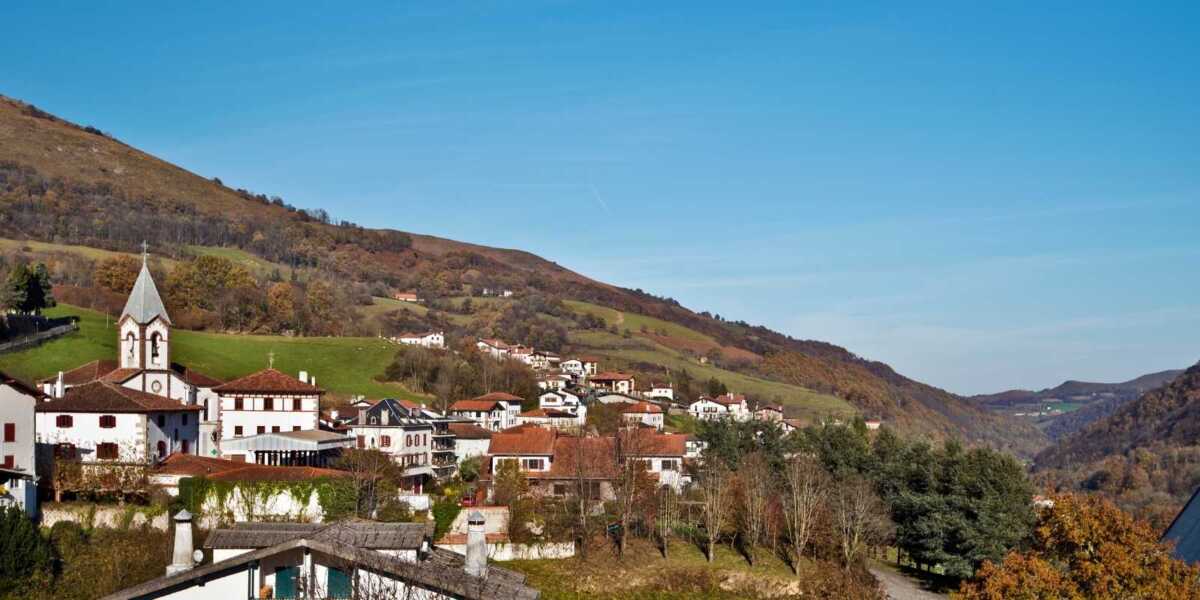 It is a rural building of the humilladero type rebuilt in 1976 with beautiful views of the valley.

It is the pass that joins Valcarlos and Roncesvalles, through long slopes and beautiful landscapes. At the top we find the hermitage of San Salvador and the monolith in memory of Roland, killed in battle and protagonist of the famous medieval song. 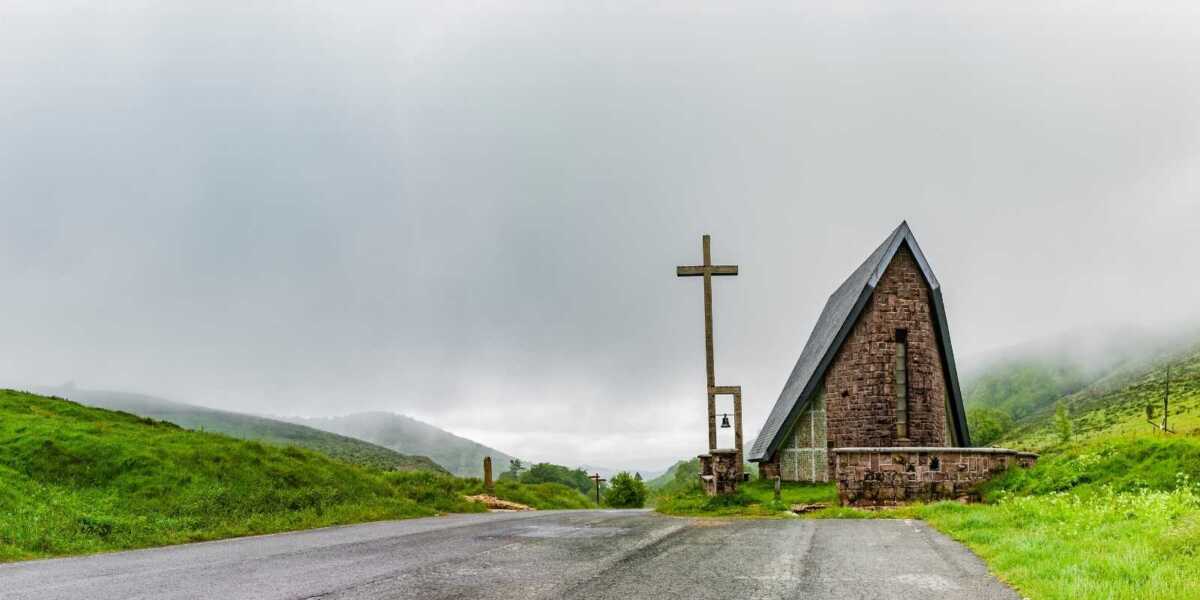 A good way to get to know the surroundings of the village is to follow the path from the Xatanerreka stream and the Azoleta neighbourhood. A circular route of 4 kilometres that runs through wooded areas of chestnut trees and riverside vegetation, mixed with pastures and farmhouses. The route is signposted and can be shortened by alternative paths depending on the strength of each person.