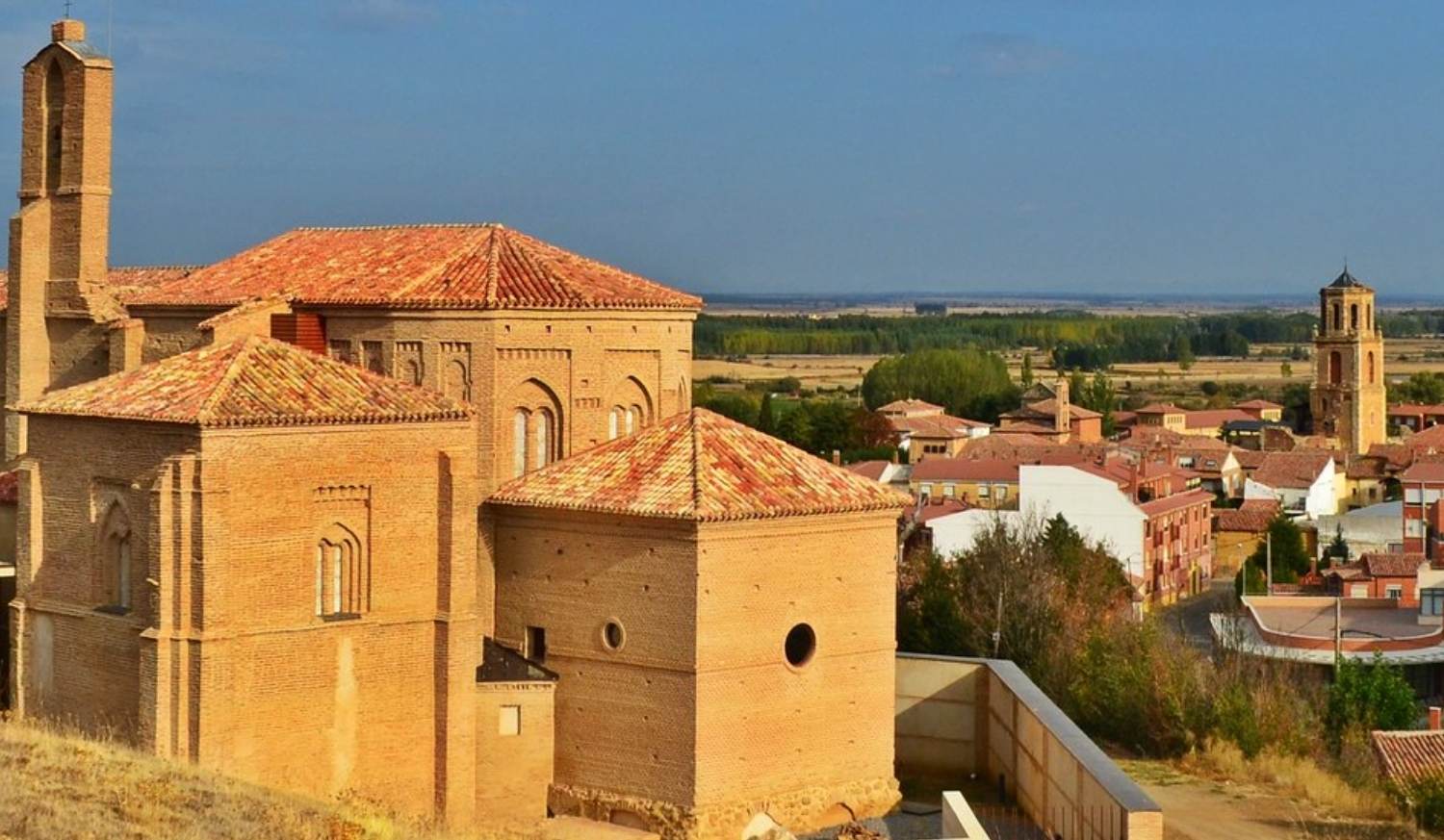 The historic town of Sahagún is located in the southeast of the province of León. It is an important stop along the Jacobean route, with a great history behind it and a heritage of incalculable value.

Sahagún is an important focus of Mudejar art, in fact there are indications that Romanesque-Mudejar art probably began here. In the streets we are struck by their houses, built with bricks and wooden structures, and others built with clay and straw. The local artistic heritage, which shows a successful past, includes remarkable buildings such as the monastery of San Benito el Real, the Mudejar churches of San Tirso and San Lorenzo, built in the 12th and 13th centuries, respectively, the Benedictine convent, currently the seat of the Sahagún Museum and on the outskirts of the village, the Shrine of the Pilgrim Mother.

What to see and do in Sahagún

This pedestrian square is the nerve centre of the village, being a meeting point for its inhabitants and pilgrims. It is surrounded by arcades that house many bars, restaurants and small shops in which to relax and enjoy. 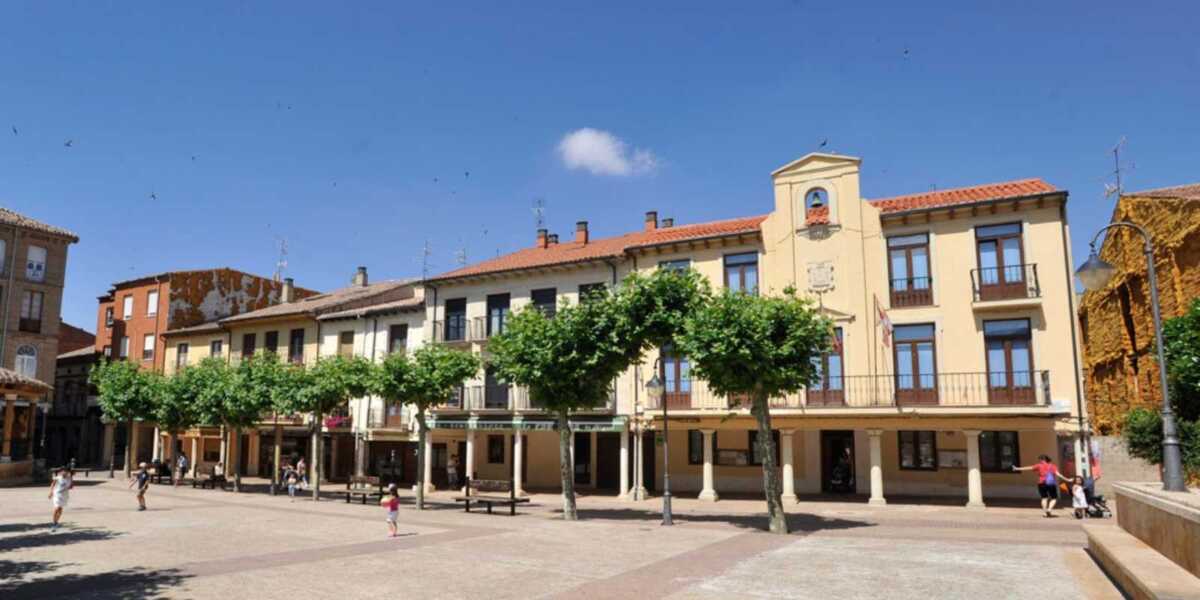 Sahagún has always been a crossroads and the destination of many travellers on their way to León, Galicia or Asturias. At the same time, it was a resting place for thousands of pilgrims coming from Madrid, Segovia and Valladolid to Santiago de Compostela.

Over the river Cea is the Puente de Piedra or Puente Canto, a landmark in the town of Sahagún. Its name refers to its stone construction, something that differentiated it from most of the other medieval bridges that used to be built with wood. Although the written testimonies that allude to it are usually very old, we must think that its origin is rather early medieval, probably built in the twelfth century. 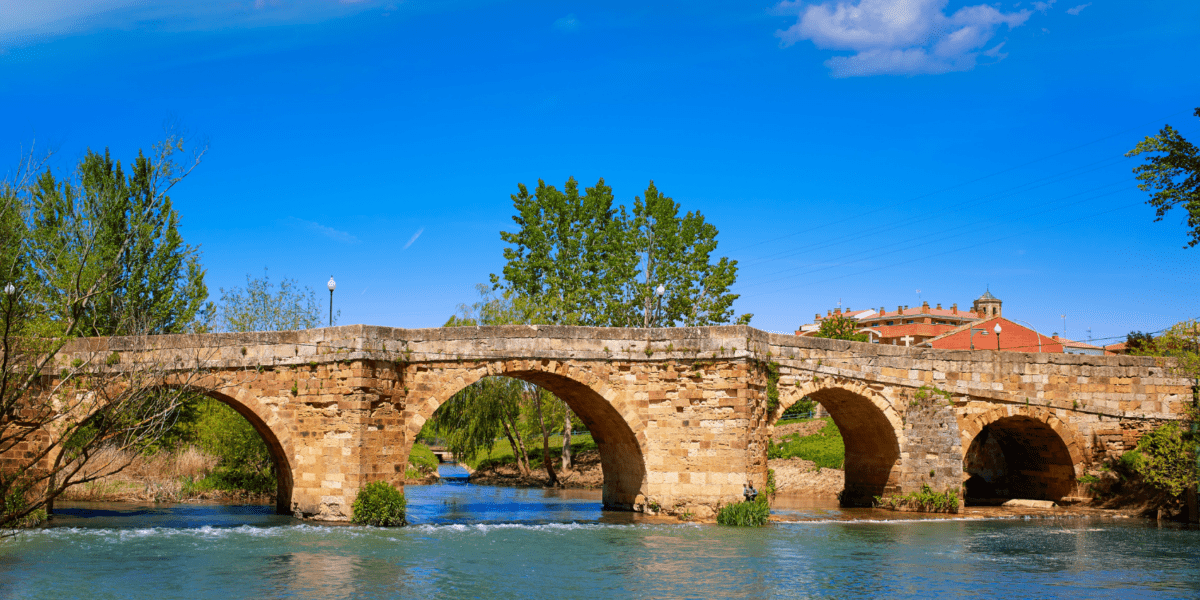 If we take a walk through the streets of Sahagún we will be struck by some traditional houses. This type of construction is called “a post and run” and are made with wooden trusses in different directions and the space is filled with bricks or adobes.

Dating back to the 13th century, it is a beautiful example of the Mudejar Romanesque style of the city. Built with brick, the chevet with three apses of horseshoe arches and the great tower of four bodies stand out. 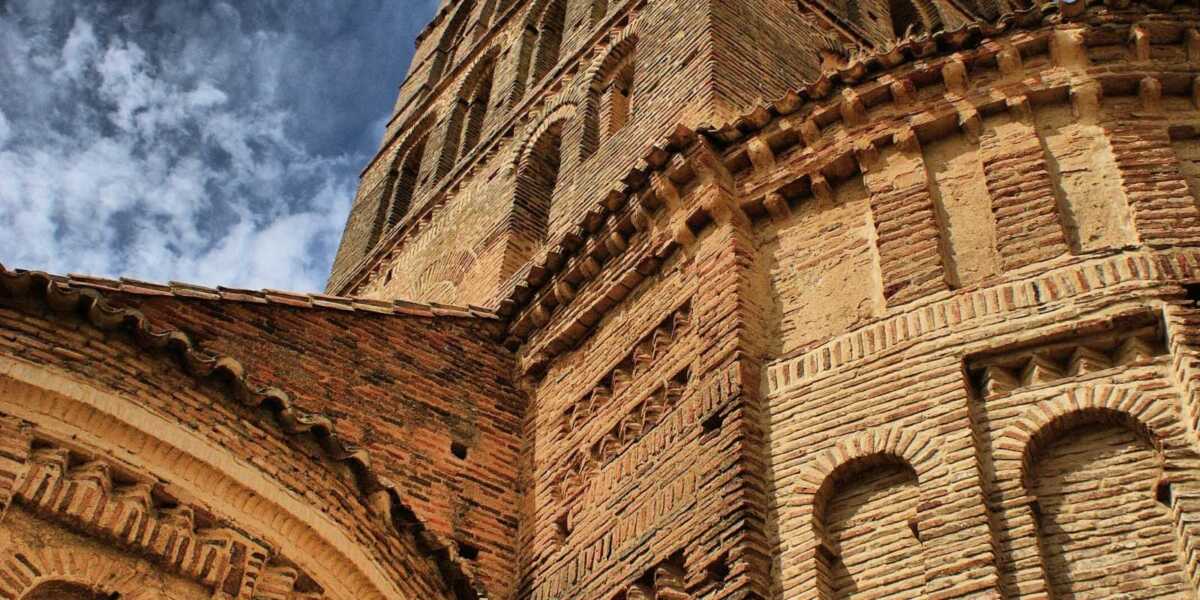 The church of San Juan was built on the place where San Juan de Sahagún, patron saint of the city, was born in 1430. The temple that we can see is of colonial neoclassical style and on the main altar are the relics of Saints Facundo and Primitivo, a place of prayer for pilgrims who made the Camino de Santiago. 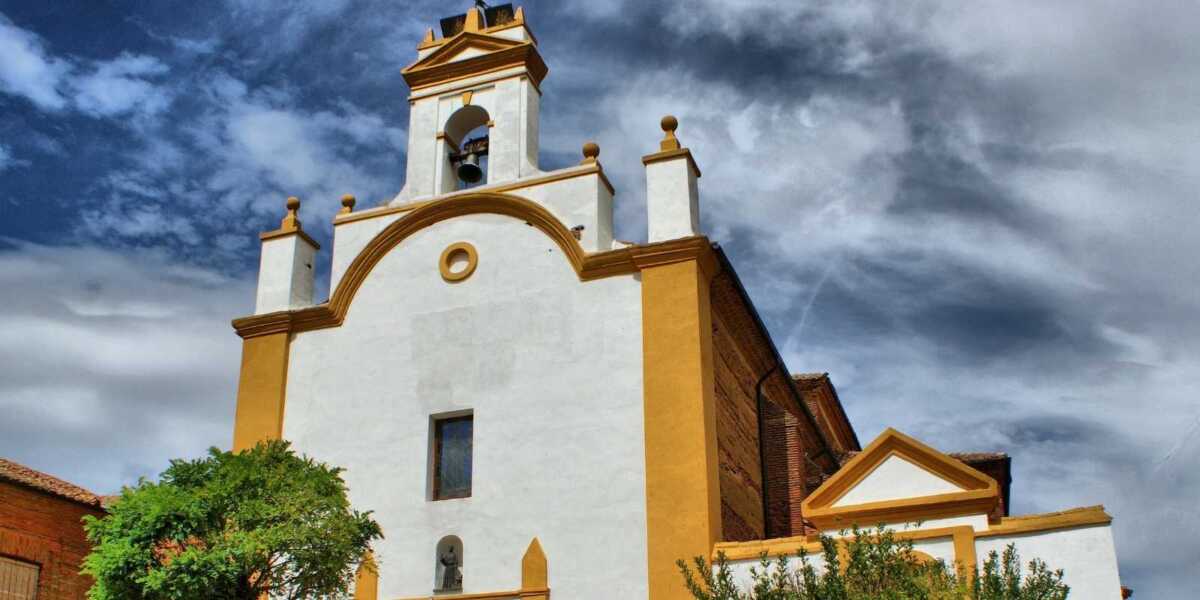 This church is one of the first Romanesque-Mudejar churches in Spain. Its construction is very similar to the church of San Lorenzo. You will be struck by its high tower, erected over the transept. It has a rectangular floor plan with four sections, the lower two of which are supported by stone columns. Although it is no longer open for worship, it can be visited as a museum of sacred art.

We can also see a permanent exhibition with 6 models of the most emblematic buildings of the heritage of Sahagún, by Valentín Mon Aláez, with great detail both inside and out, authentic works of art in miniature. 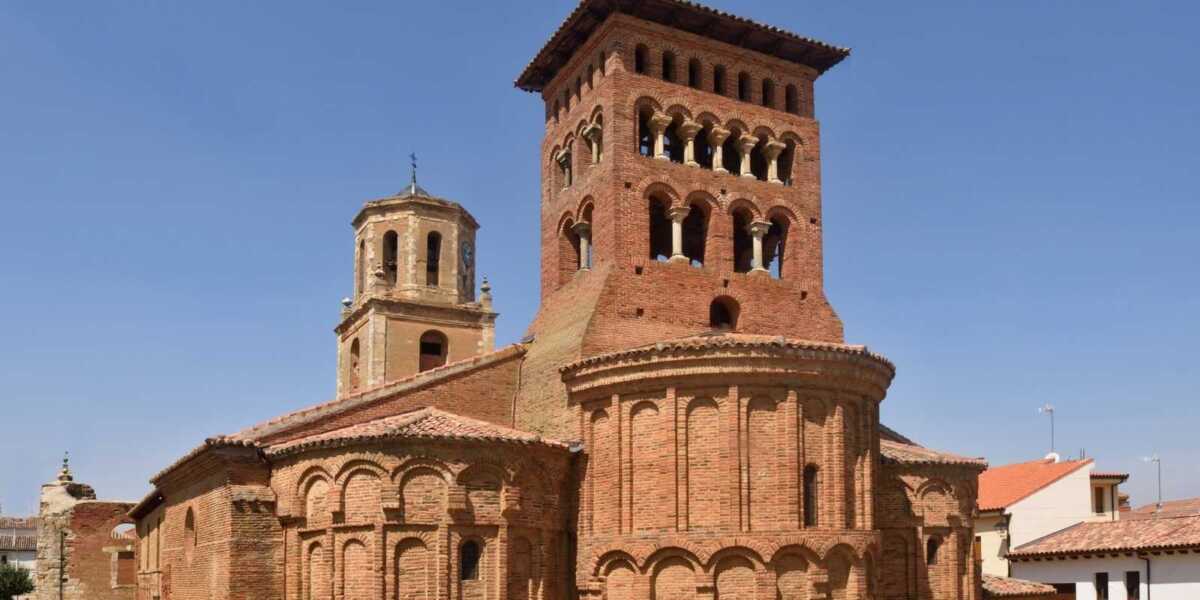 The most important relics and treasures of the Abbey of Sahagún are kept here. Exhibits range from sacred sculptures used in religious services and processions over the centuries to gilded crosses and stone sarcophagi from the abbey.

Ruins of the Royal Monastery of San Benito 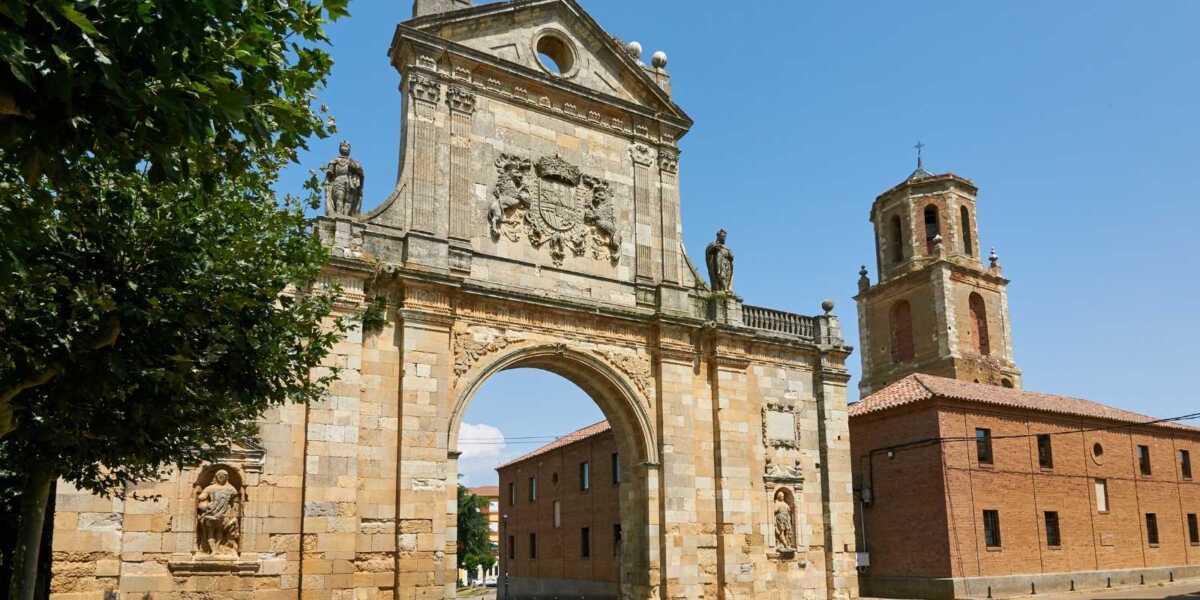 Shrine of the Pilgrim Mother

On the outskirts of Sahagún, on a hilltop we find a former 13th century convent that has been impressively restored, with glimpses of elaborate 13th century frescoes and 17th century Mudejar plasterwork. The internal spaces of the convent were beautifully decorated with contemporary artwork and a modern addition to the building houses excellent scale models of the main monuments of the site. 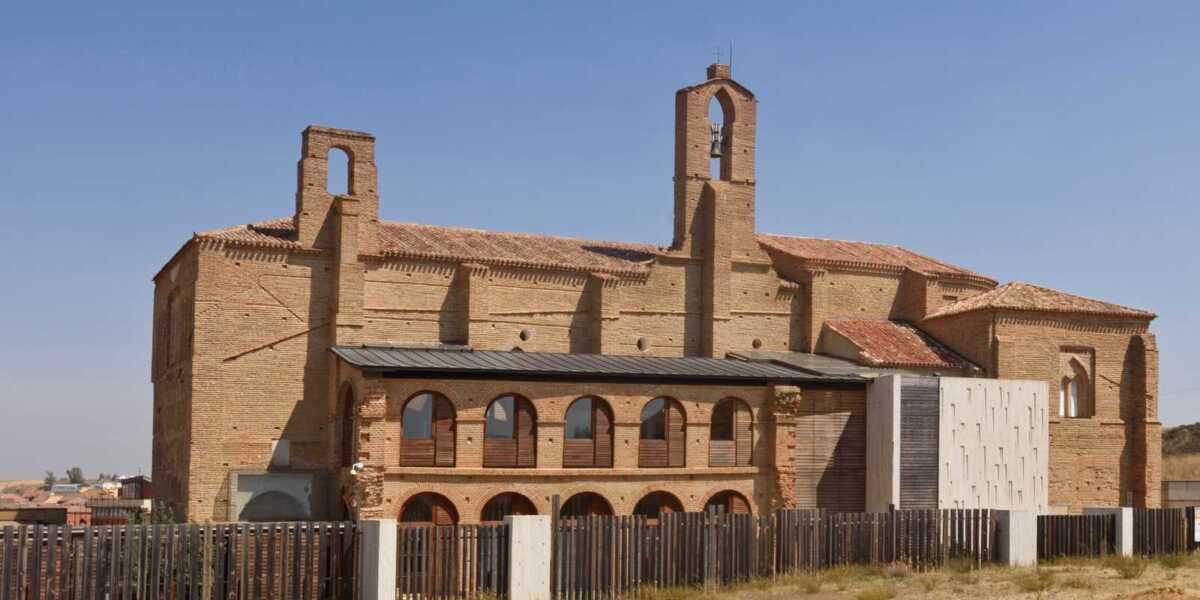 Built at the end of the 10th century, it is one of the most representative examples of the Mudejar Romanesque style in its pre-classical phase. On the outside you can see a basilica floor.

Sanctuary of the Virgin of the Bridge

This is the first sanctuary on the Camino de Santiago in the region of León. Here you will see the framed image of the Virgin. 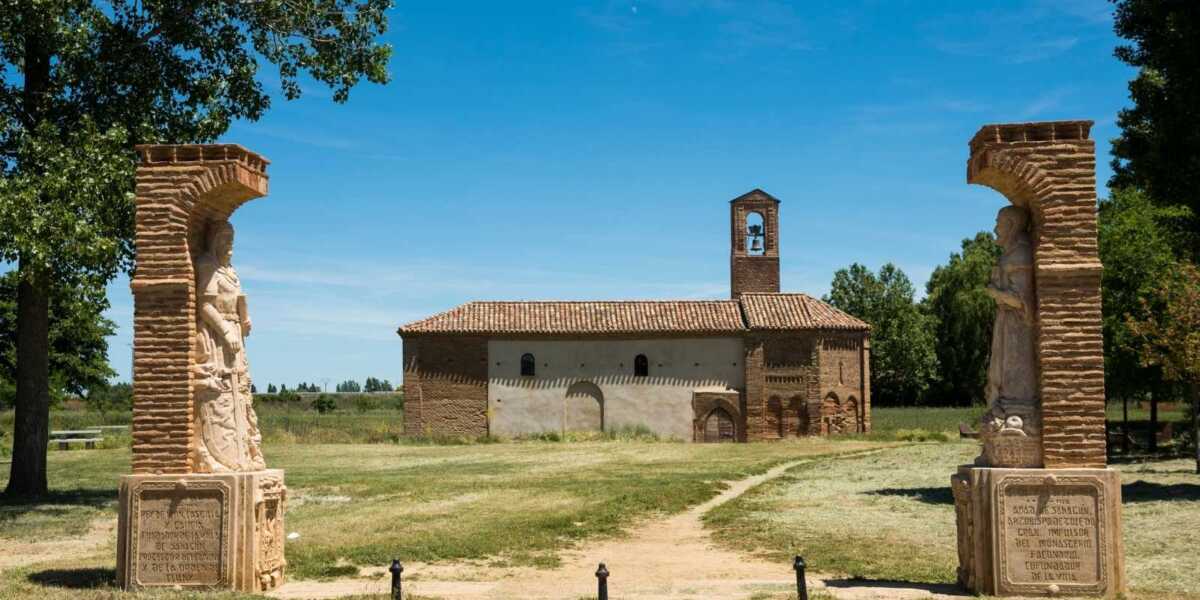