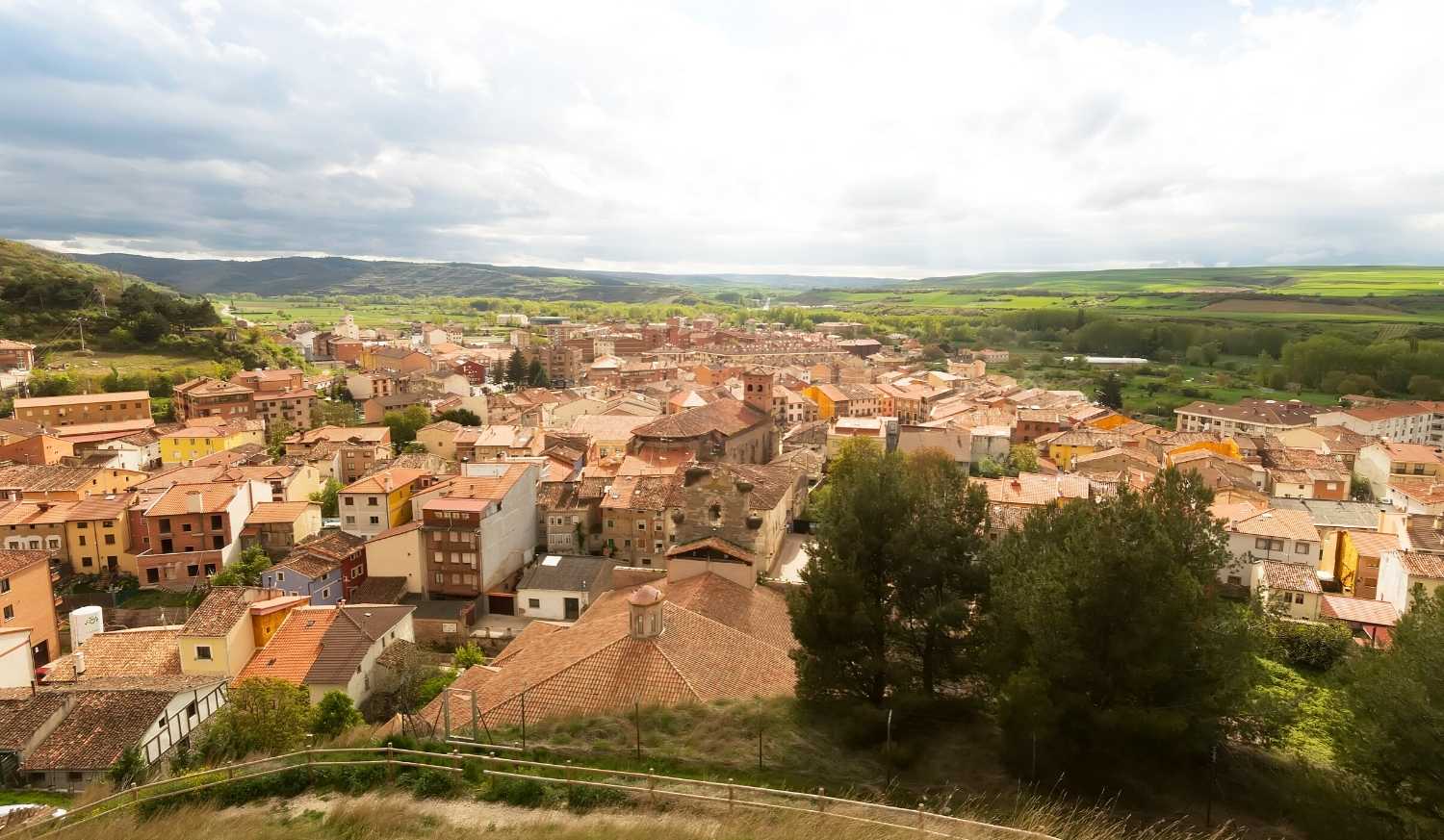 The Jacobean town of Belorado belongs to the province of Burgos, and is located in the east of the province between the Sierra de la Demanda and the border with the autonomous community of La Rioja.

The birth of this beautiful historic village has been linked to an ancient medieval castle that controlled the passage through the Ebro valley to the plateau during the Reconquest; for this reason it is recognized as a strategic place. An interesting fact in the history of Belorado is that it was the first place in Spain to hold a fair. This event took place in 1116 and permission was granted by King Alfonso I of Aragon.

The village of Belorado is of Celtiberian origin and is for many, one of the main stops on the Pilgrims’ Route to Santiago de Compostela. This popularity has not been earned in vain; it has beautiful details to know and therefore, it deserves a slow and quiet visit so that you do not miss any of its attractions.

What to see and do in Belorado

The Main Square of Belorado

It stands out for its characteristic porticoes and stately houses. The central kiosk and the promenade that surrounds this square are the centre of the life of the place and the characteristic atmosphere of the Camino de Santiago is always present. You will also find there a digital centre designed to provide all the information pilgrims need to know. 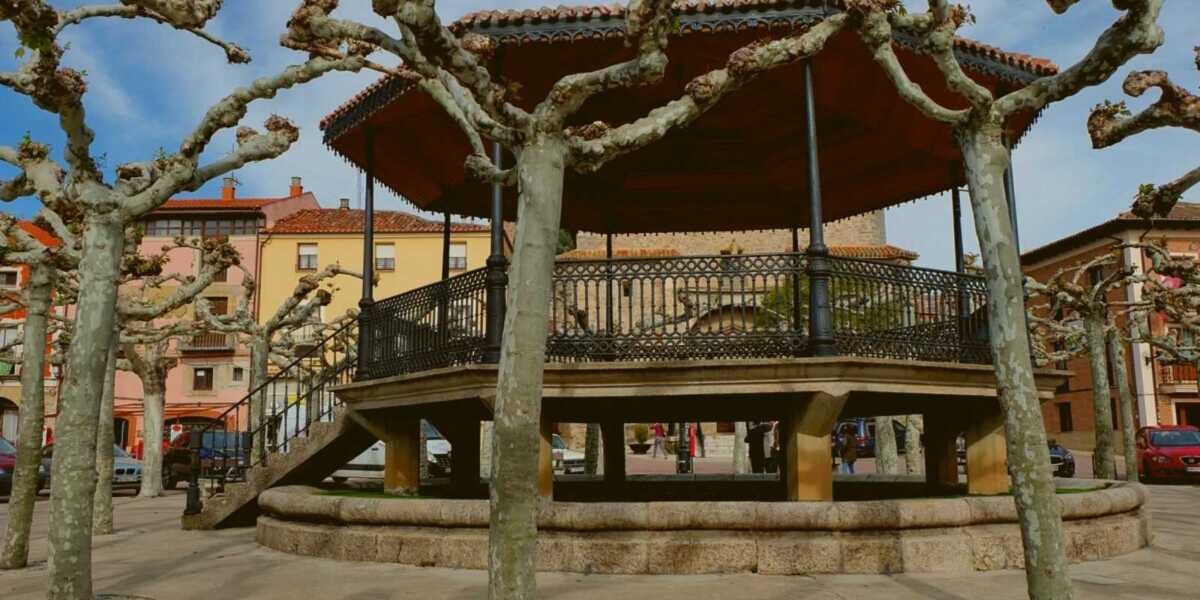 It is a singular and unique space in our country. This is a collection of radio communication equipment that shows and explains the history of communications throughout the last century. Here you can see a reproduction of the Titanic’s first-class cabins and the radio room, the largest reproduction of a World War I trench in Europe, Checkpoint Charlie in Berlin, where you can visit a tank and a helicopter, also open to the public, from the Vietnam era. 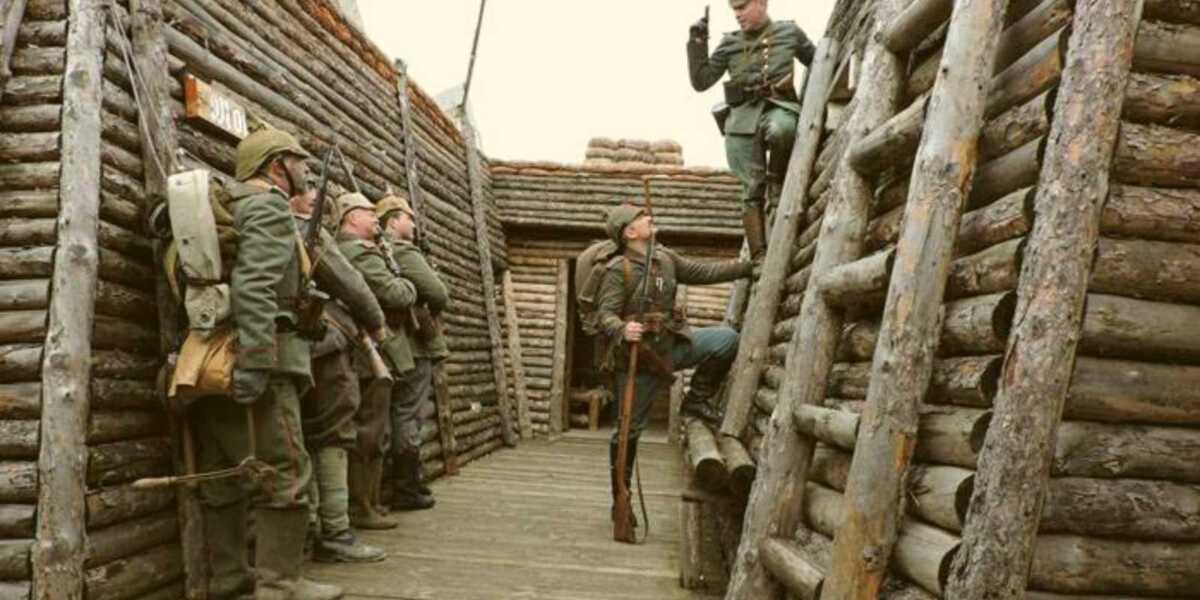 With the aim of welcoming and encouraging pilgrims on their arduous journey to Santiago, Belorado has created a pioneering and unique initiative in a World Heritage Site. It is a mosaic of tiles distributed in the urban section of the Camino de Santiago in Belorado, called “Paseo del Ánimo”.

These bronze tiles contain the handprints “symbol of welcome” and the footprints “as a testimonial accompaniment of the people who leave their mark” as well as their signatures. It is also a tribute to people who have supported the Camino in some way and to people who can be an example for future generations having excelled in the world of culture, sport, politics, research, journalism or cooperation. You can find the brands of Alberto Contador, Miguel Indurain, Marta Dominguez and the actors Martin Sheen, Emilio Estevez and Deborah Kara Unger. 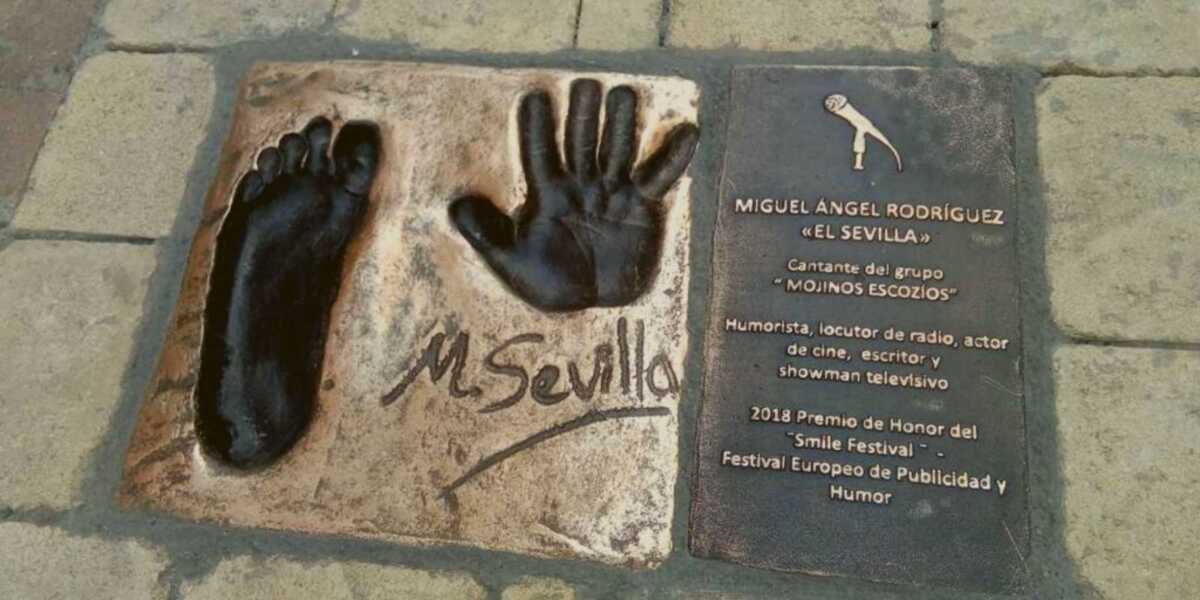 In this temple we can see a magnificent example of the altarpiece of the eighteenth century, carved by Solana, the masters of the town. The vaults, as well as the canvases painted on the altars of the side chapels, are the work of Gaspar Palacios and the Adoration chapel is adorned with several busts of saints and relics of the martyrs of Cardeña. 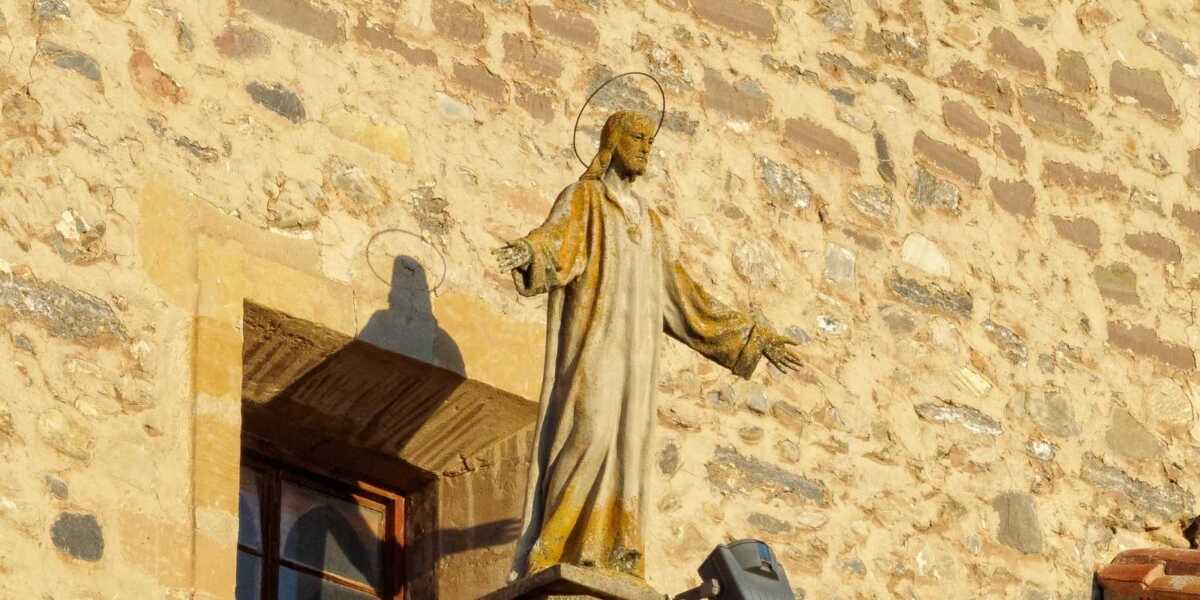 This chapel, rebuilt in the 16th century, is a large building in Renaissance style, with three naves covered by vaults on six pillars and a half dome. 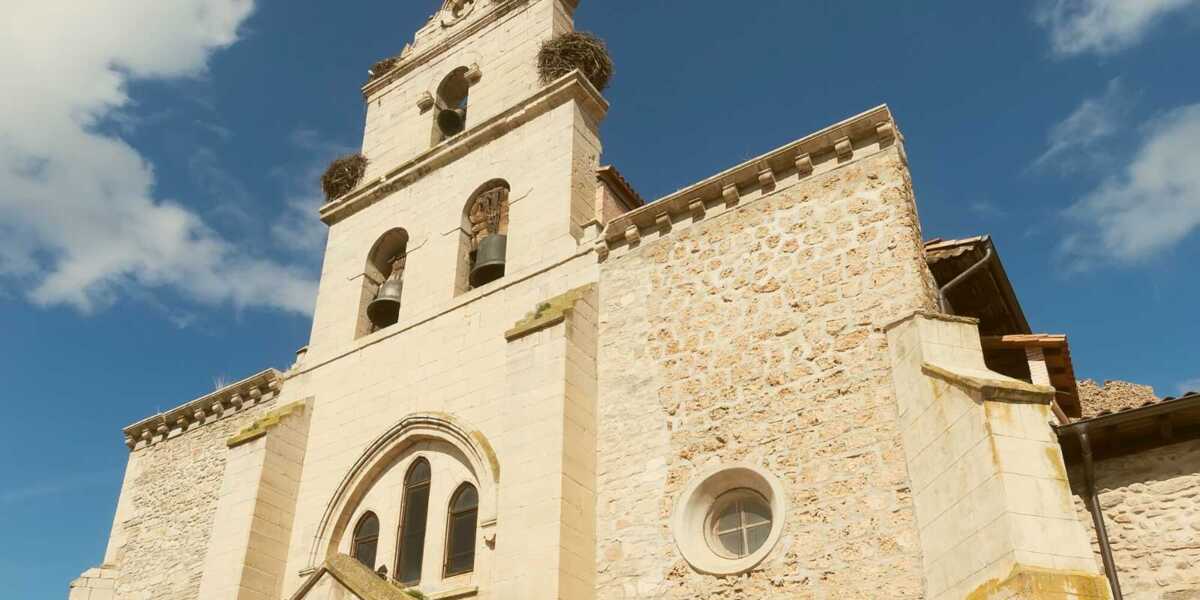 You will be able to admire the remains of an important fortress bordering Navarre and the ancient wall that sits on a high escarpment, built during the era of the reconquest.

In addition to visiting emblematic places in Belorado you can do many different activities. Play paintball, go caving, abseiling and climbing, zip-lining, hiking, winter mountaineering, paragliding, archery and follow the most spectacular mountain biking routes.