Discover the traditions of a Christmas in Galician lands

Every pilgrim knows the benefits of the Camino de Santiago, and one of them is none other than the region where all the routes converge, the green and generous Galicia. If you have done the Camino or if you have been sightseeing in Galicia, you will agree that its landscapes, coasts, monuments and gastronomy are exceptional. Besides, we Galicians are very festive, and we love to celebrate everything with joy, partying, music and lots of food. The cold of Christmas doesn’t stop us, and we want to show you how we celebrate these holidays in our “terra galega”: here are some Galician Christmas traditions.

The good guy from Apalpador

He is the protagonist of Christmas, and much loved by children. Yes, you guessed it, it’s a Galician Santa Claus, or if you want a Wise Man, because this character always leaves something for the children as a present during the Christmas season. Thus, this traditional charcoal burner visits the children’s houses while they sleep, feels their bellies (hence the name) to see if they are well fed and before leaving, as a gift, he leaves them a handful of chestnuts.

Present throughout Galicia, of all these Christmas traditions, it is the one that has more rooted in inland mountainous areas, such as the mountains of the Ancares or those of O Courel, between Lugo and Ourense, in the easternmost part of Galicia; in fact, in Tierra de Trives it is known as “Pandigueiro”. He is recognizable by his brown beard, his beret, his warm clothes and his coat and walking stick, and he has similar characters in other regions of Spain: the Basque Olentzero, the Catalan Tió or the Cantabrian Esteru. 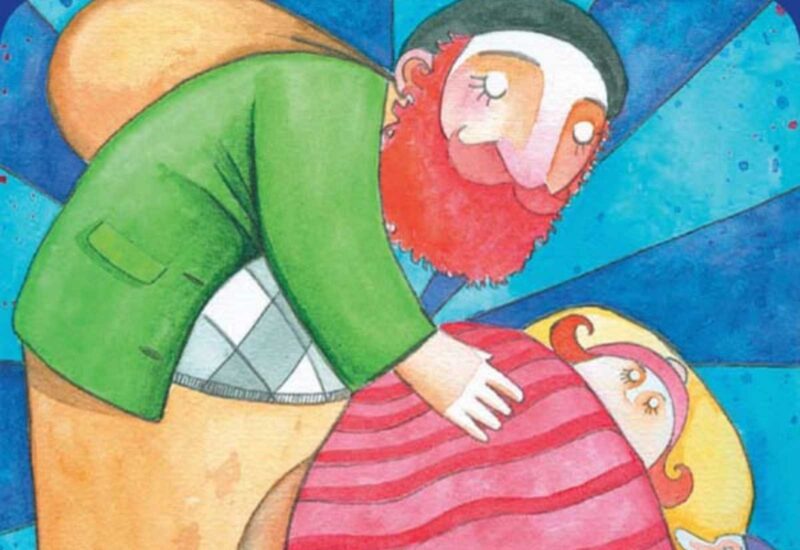 One tradition, although it is not exclusive to Galicia, is the assembly of nativity scenes, although it is true that in Galicia they are very popular and there are some very beautiful ones. This tradition can be found in homes as well as in public places and places of worship. There are some municipalities that stand out for their animated nativity scenes, which are even considered to be of tourist interest.

In Valga (Pontevedra), for example, for the last 25 years they have had a Artisan Bethlehem in Movement, with more than 4,000 figures among which we can find famous characters; in Begonte (Lugo), there is a veteran Electronic Bethlehem since 1972, which also includes scenes of the culture of the region, the Terra Chá. Also noteworthy is the Bethlehem of the Third Order of St. Francis, at Ferrol (A Coruña, Spain), where the The English Way of St. James with more than 70 years of history, its creator, the late Alfredo Martín, gave the people of Ferrol this manually animated Nativity Scene, whose “figure movers” have to rehearse every year, and delight children and adults alike. 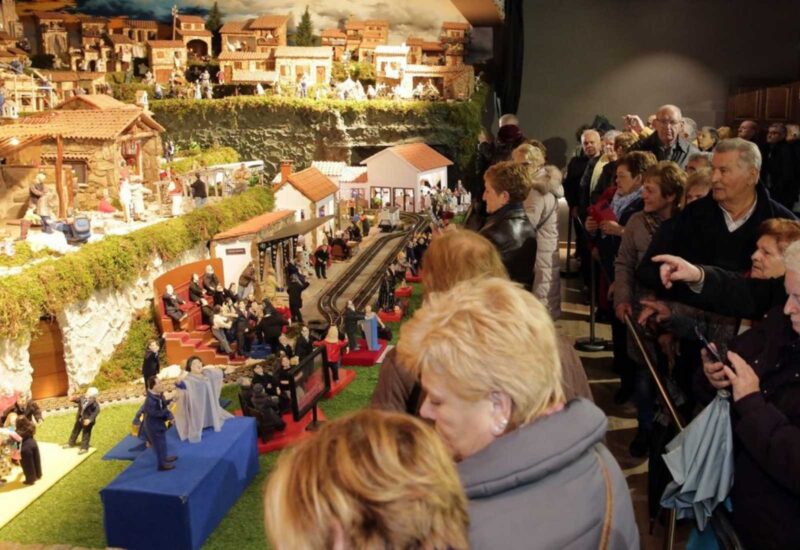 Yes, it’s true, our Christmas tables are full of seafood and fish, but we don’t just use the sea. In Villalba, where the The North Way to Santiago de Compostela The tradition of the capon is very famous, and with the fair that is celebrated there, Christmas begins. On the other hand, for a long time a vigil was kept before Christmas, when meat could not be eaten, so the vegetable garden and easily preserved fish were used, thus creating a star dish, cod with cauliflower. Of course, nowadays stews, laconadas and so on are the order of the day, especially to recover from parties like New Year’s Eve; in this sense, a dish so common in all the world stands out.

The “panxoliñas” or Galician Christmas carols

The “panxoliñas” are similar to Spanish Christmas carols, as they are songs that are sung at Christmas. However, the carol has a liturgical component that the “panxoliña” lacks, which ismore popular and is sung in front of the nativity scenes in houses or public places. There are sub-genres, so to speak, such as the “Nadais”, sung on December 25th, the New Year’s Songs, the Aguinaldos, the Songs of Kings and the Tonada del Apalpador itself, which is the following (translated into Spanish):

Run away my little boy,

That the Apalpador is coming

to feel your tummy.

The big day is here,

day of our Lord.

The big day is here,

and the Apalpator will come.

Tomorrow is the day of

that there will be a big snowfall,

and the Apalpator will come

with a basket of chestnuts.

to give you a Christmas bonus.

The blight and the “lume novo”, the winter solstice

As we told you in this article Christmas is a celebration of pagan origin (Roman) adapted to Christianity, and that basically celebrates the winter solstice. In Galicia, as in other parts of Spain and Europe, Christmas is still celebrated through ancestral cultural elements related to the solstice. We are referring to the “tizón” or “cepo de Navidad”, an old log of wood that was lit and left on for a few days, symbolizing the transition from the old to the new, the past and what is to come. The fire was sometimes kept up until the New Year, or it was lit for a few days, or even used for stormy days. In the case of the “lume novo”, this is one of these group Christmas traditions in which the neighbors, as if it were the night of San Juan, lit a vertical fire to guide the souls of loved ones who are no longer here. 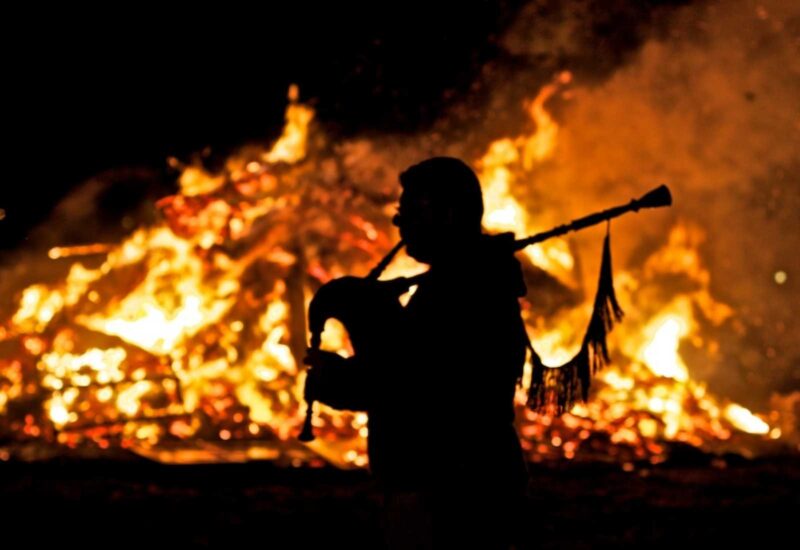 As we were saying, we Galicians are very “festeiros” and jokers, and as in the rest of Spain we also celebrate the feast of the Holy Innocents on December 28th. In some places it was even celebrated after the Midnight Mass on December 24th or even on St. Stephen’s Day, December 26th.

As you can see, in Galicia we have a lot of cultural heritage and a great desire to celebrate. If you spend these holidays in our land you can enjoy them to the fullest, and if you are doing the pilgrimage, they will be a great complement to Way of St. James pilgrimage.