Segorbe • What to see and what to do?

Segorbe, a historic city, capital of Alto de Palancia, in Castellón. Halfway between Aragón and the Valencian coast, between the Sierras Espadán and Calderona, it is one of the most important towns in the interior of the province of Castellón. In it we will be able to enjoy its tradition, its nature and go into history through its streets.

This locality, in addition to having an enormous monumental complex for which it was declared a Cultural Asset, offers us nature in its pure state thanks to its geographical location.

Whether you have decided to make an escape to Segorbe or you like to know corners of Spain, we will show you what to see and what to do in this wonderful enclave of Castellón. I’m sure you’ll want to go and see the city.

Due to its geographical location, Segorbe has been considered a historical town. Thanks to its position and the saws that surround it, it became an enclave with an incomparable defense against possible attacks. For this reason it was occupied since Prehistory. Although the size of the successive buildings on the summit have hidden or destroyed the oldest levels, the archaeological remains confirm the existence of a first settlement during the Bronze Age. The population has been inhabited since prehistory until today, from the Iberians and highlighting for example the Roman, Visigothic and Muslim. For this reason, we can highlight the importance of his diocese as ecclesiastical head.

Documented by the archaeological excavations that have been carried out over time, we can say that the first settlements on record date from the Neolithic period. During the Roman domination the population nucleus must have gained some importance according to the important archaeological remains. In fact Segorbe is considered to be the ancient and famous Roman city of Segóbriga. Throughout history it has become the property of several nobles, a large part owned by the Crown of Aragon. The population, as a fortified nucleus will decline during the Middle Ages but will regain its importance because of the Carlist Wars. These armed conflicts will take place in Segorbe due to its main characteristic, its geographical position and its fortifications. Zone of combat and defense of great importance.

Finally, after the war conflicts, Segorbe will only maintain its ecclesiastical importance since it will continue to be the episcopal see. It is known as the Diocese of Segorbe-Castellón, and is still so today.

Through a brief introduction to the history of Segorbe, we have been able to verify that it was settled by different cultures that were leaving their mark. Segorbe is therefore a city with a very extensive monumental heritage, going from a Celtiberian city to the arrival of the Muslims or even being the episcopal see.

A city full of history, one of the jewels of the province of Castellón, in which we will travel back in time through its streets. If you decide to visit Segorbe you can not miss certain enclaves that will explain below. Segorbe in a continuous monument, which is why the Historic-Artistic Site was declared an Asset of Cultural Interest.

Since 1960 it has shared the diocese with the Cathedral of Castellón. The construction dates from the 13th century and is attached to the wall in Gothic style. The chapels, the master walls, the Santa Bárbara tower, the bell tower and the Gothic cloister (irregular due to the attachment to the wall) stand out. During the fourteenth to seventeenth centuries works are undertaken to improve or reform the temple that culminated in the eighteenth century with the total adaptation of the temple of its former Gothic factory of the fourteenth century to the prevailing academic of the time. During the bishopric of Iñigo de Vallterra y Sanchez de Heredia (1370-1387) the chapel of El Salvador. It is located in the cloister, one of the most important in the Cathedral, was completed.

Inside the Cathedral we will find the Crypts dated between the 13th and 14th centuries. In them they explain us for example the perception of death in the Middle Ages. 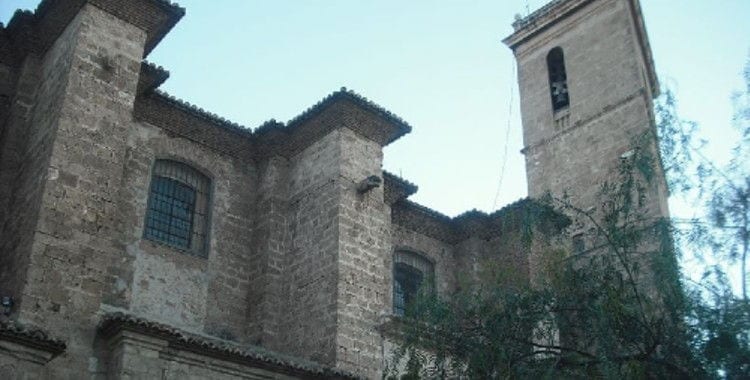 Inside the cloister of the Cathedral we will find the Cathedral Museum, where we will find one of the most important collections of Gothic painting in the Valencian Community. In the Museum we can see religious works from the 14th to the 16th centuries, paintings from the 17th to the 19th century and some sculpture, such as the relief of the Virgen de la Leche made in Carrara marble attributed to Donatello; gold and silver work, the precious choir stalls… The visit to the Cathedral Museum ends at the cathedral temple, a sample of academic architecture from the late eighteenth century.

The town hall is part of what was once the palace of the Dukes of Segorbe and Medinaceli. It dates from the 16th century and has a luxurious interior with marble and jasper façades from the Carthusian Monastery of Vall de Cristo. The Mudejar coffered ceilings in the living room or one of the rooms in the Segorbian Circle, for example, stand out in this building. 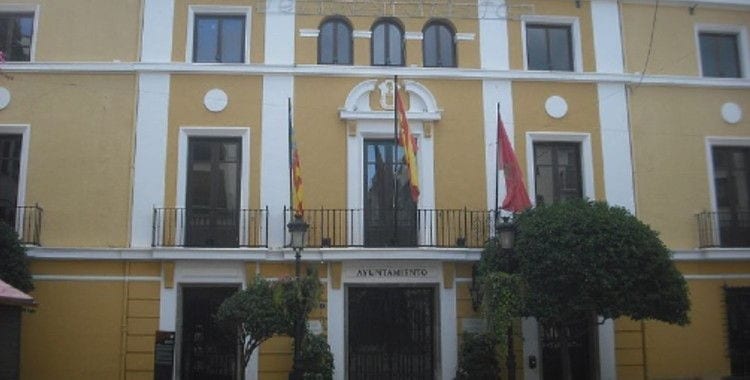 One of the fortifications of the city, today is preserved part of it, the medieval wall. At the end of it we can see its aqueduct used from the fourteenth century to supply water to the population.

Next to the remains of the aqueduct we find the Tower of Botxí or also known as the tower of the Executioner dating from the fourteenth century. Following the route, we will come across the Puerta de Teruel (Teruel Gate), one of the city’s gates, and the 14th century Prison tower, where the cells are located. In the two towers is the Interpretation Centre of the Medieval Towers, which bring us closer to the medieval history of the city. 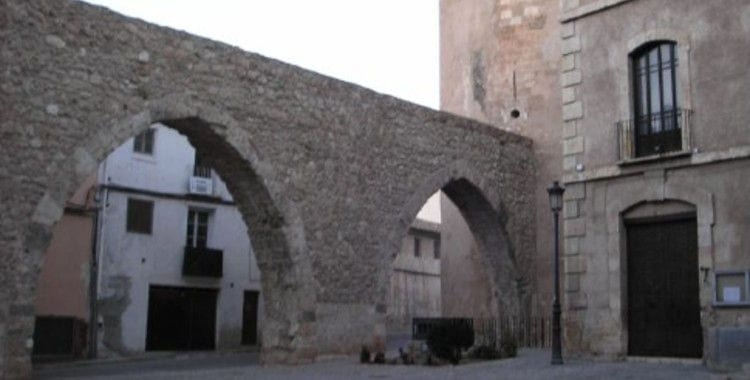 In the wall we will find more gates of access to the city, we will emphasize the Arch of the Veronica and another door of access that opens in the old wall and that conserves in its interior part an image of the Holy Face. One kilometre of walls started from the old Castle of the Star or Sopeña, in the highest part of the town, now practically dismantled, converted into a public park. The well-preserved remains of the wall overlook the fertile valley of Palancia, offering excellent panoramic views.

Inside this city we can emphasize two museums practically of obligatory visit. Firstly, the Oil Museum, installed in 2005 on a rehabilitated oil mill. In it we can see original elements that are preserved and were used for the production of oil. An oil cascade welcomes us to the space that tells us about healthy eating and the importance of oil in the Mediterranean diet. In second place we have the Museum of Archaeology and Ethnology of Segorbe. This is located in a stately building built in 1792 by order of King Charles IV.

There we can visit the archaeology section that goes from the Palaeolithic to the Middle Ages and the ethnology section that brings us closer to the customs and old trades of the town and its region. In last place we have the Museum of the Entrance of Bulls and Horses of Segorbe. This allows us to approach the experience that has made it internationally renowned if we do not have the opportunity to live the festivities. 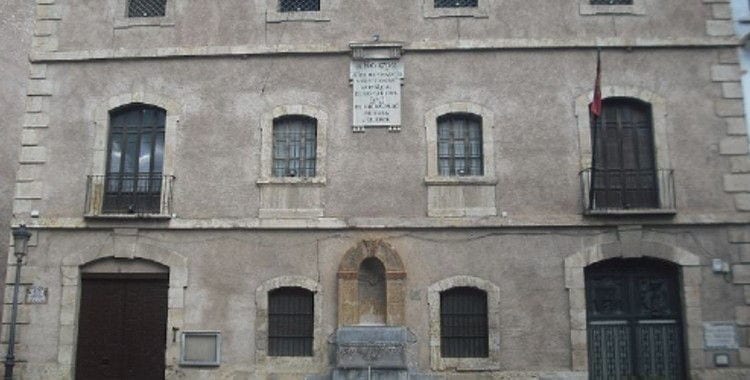 Here we can finish our tour of Segorbe after visiting the main points of tourist interest. But not everything is cultural, we can not forget that we can make interesting excursions in the surroundings.

Near Segorbe are the Sierra de Espadán and Sierra de Calderona, where you can do some hiking trails and enjoy nature in its purest form. One of the most outstanding routes of this wonderful enclave is the Route of the Springs. In this route we will discover one of the natural resources of the Alto de Palancia, the water. We will follow the course of the river that gives the name to the Alto. We will arrive at the famous Fuente de los 50 caños.

On the way we will be able to contemplate all those monuments of which we have spoken previously located in the old town as for example the walls or the towers (canalization of the aqueduct). Finally, after a more than interesting route in which we will alternate urban terrain and pure nature, we will end up in Navajas. The protagonist is always the enclaves, which is why Segorbe stands out as its fountains and springs. 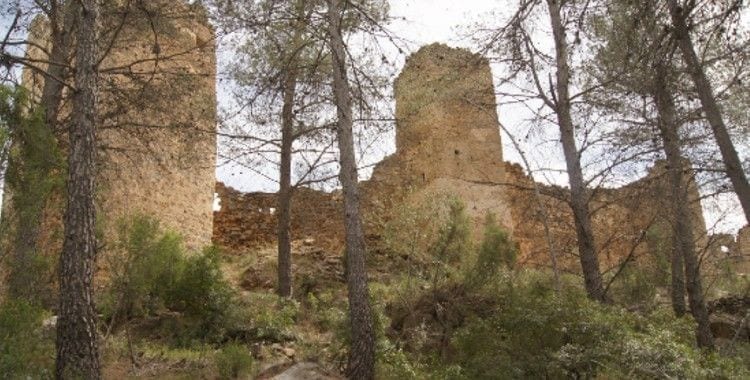 Segorbe on the Pilgrim’s Way to Santiago

Segorbe is part of one of the key points in one of the oldest known historical routes of the Pilgrim’s Camino de Santiago, El Camino del Cid. Specifically we will find this locality in the route of the Conquest. According to the Song, Segorbe was conquered by the Cid Champion and served as a site for the army of Muslims who moved to Alcocer to fight against the Cid.

All these reasons, be it for the monumental offer, the nature, the gastronomy or for being a town of legend, will make you want to know it and don’t think about it anymore. Immerse yourself in this wonderful town of Valencia.