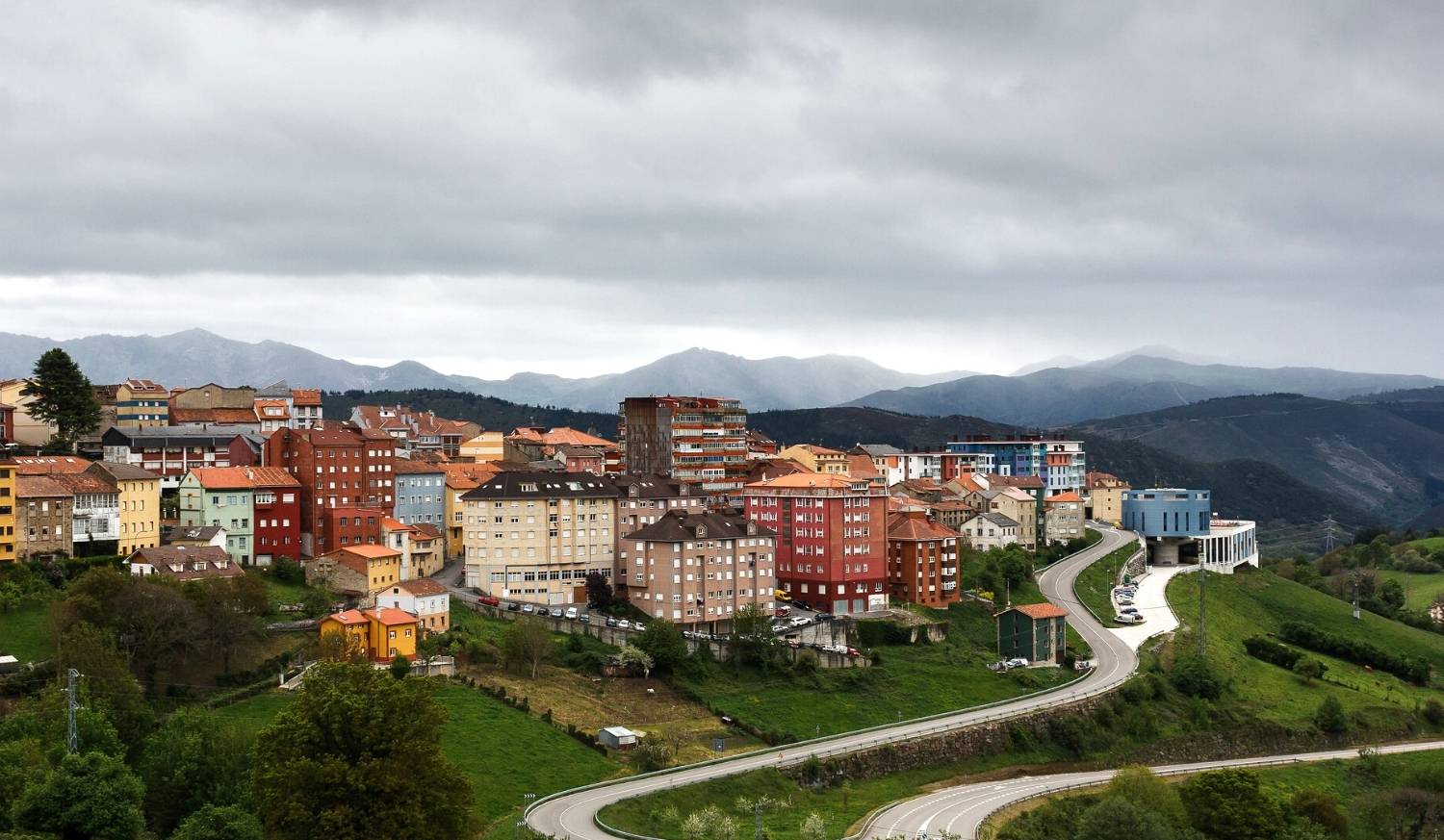 In the heart of western Asturias we find the charming village of Tineo. A town that stands out for its landscapes, its villages, its traditions and its people that make up a heritage of great value.

A town with a long history, already important during the time of the Roman Empire, but which acquired its greatest splendour when in 1222 Alfonso IX granted it the Town Charter, establishing it as an obligatory stop on the Primitive Way.

The construction of a medieval castle, a Franciscan monastery and a pilgrims’ hospital “Mater Christi”, now disappeared, not forgetting the Chapel of San Roque, are proof of the importance of this town on the Pilgrims’ Route to Santiago de Compostela.

what to see and do in tineo

The current town hall is located in a building from the beginning of the 19th century, which was renovated in the 20th century, adding the portico and the decorative details of the façade.

Formerly the meeting place of the council meetings was in the convent of San Francisco, but time made necessary a location and a more appropriate building, so a hayloft house was acquired in the center of the town. The first municipal session was held in 1835. 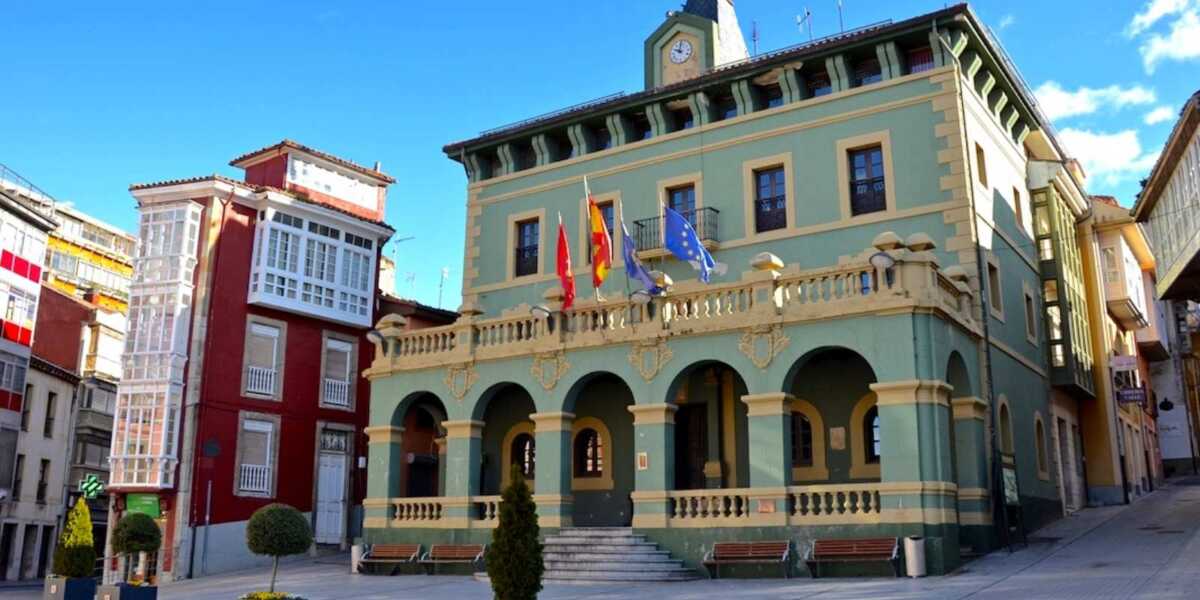 In the neighbourhood of Cimadevilla the rural and livestock atmosphere of the old Tineo is preserved, always of vital importance. This neighbourhood, like Fondos de Villa, was essentially made up of people from the countrysideThis is shown in the typology of their houses, normally low and with corridors on the upper floor and with direct entrance to the street, a stable on one side, and the outbuildings essential for the preservation of food such as granaries and breadbaskets. 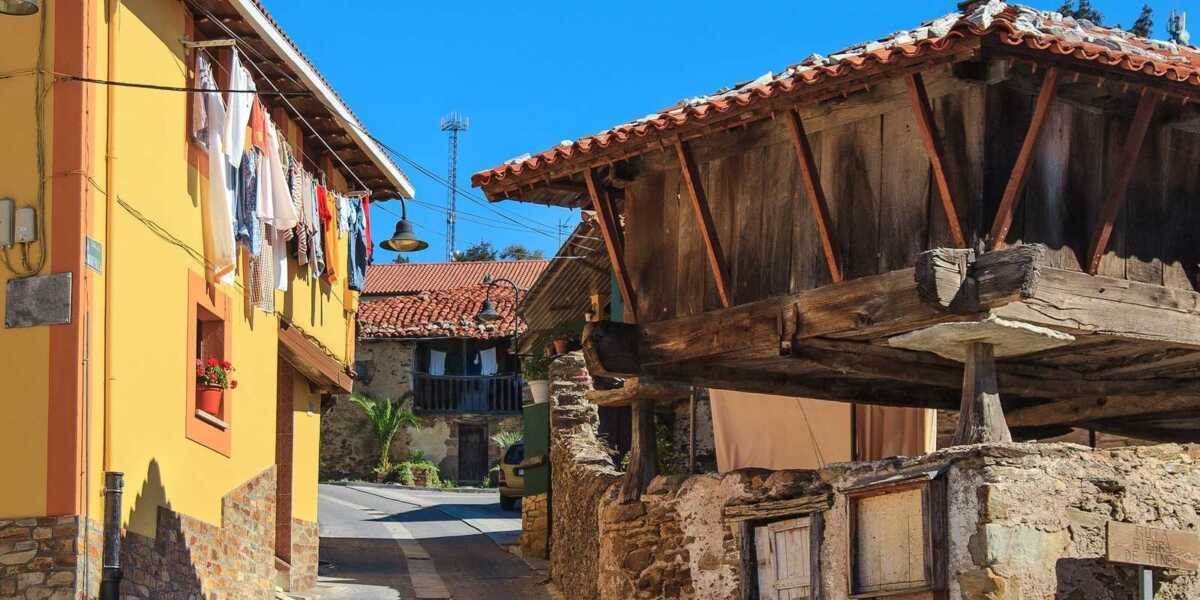 The main street was the most important urban axis of the town during medieval and renaissance times. Today we can find the ruins of the pilgrims’ hospital “Mater Christi”, a hospital for the poor, beggars, walkers and pilgrims, linked to the Order of the Temple. The destruction of the French occupation and the disentailment of Mendizábal put an end to it. During the first decades of the 20th century, it served as a stage for a local theatre company.

The Palace of Los García is the most notable civil construction of the town, restored years ago and converted into the Municipal House of Culture, it was one of the most important noble houses of the council, owner of powers, privileges and an extensive rural heritage.

The original core of the palace is a medieval round tower with narrow arrow slits located in the northeast corner, from the late twelfth or early thirteenth century. The façade began to be built in the middle of the 14th century, this is the architectural symbol of the town of Tineo, and later different decorative elements were added, hence the combination of different architectural styles. 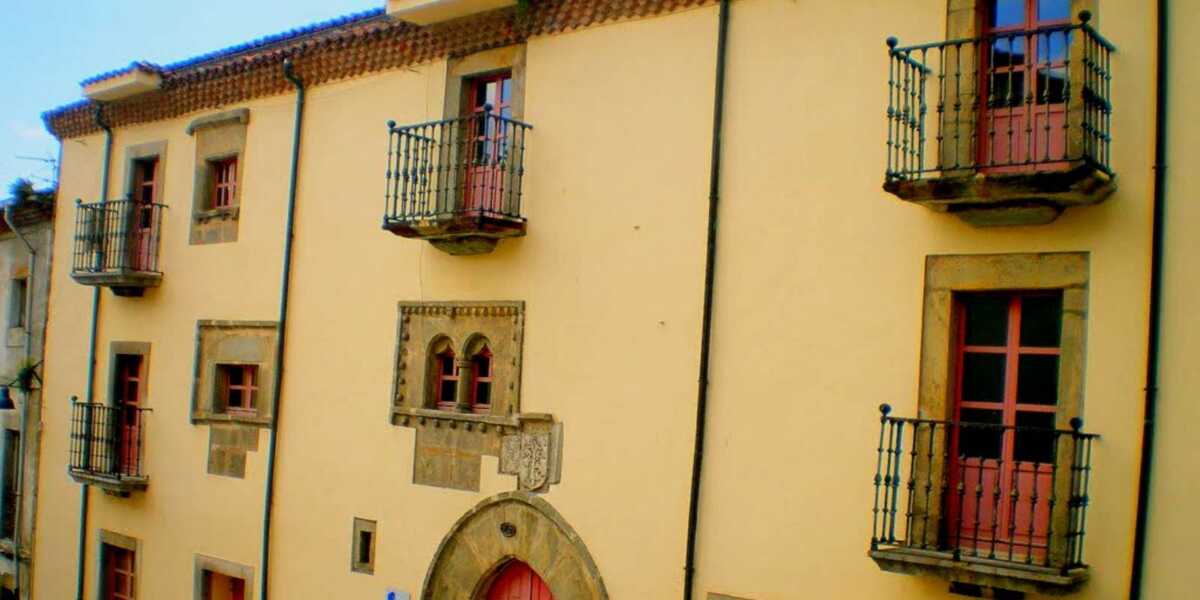 It is located in the disappeared monastery of San Francisco. A legend attributes the foundation of this convent to Saint Francis himself on his pilgrimage to Santiago, although it seems that it was actually founded by the Order of the Temple and governed by the Franciscans from the 13th century onwards. This convent played an important role in the life of the town and promoted culture with chairs of Latin, philosophy and theology, but also the splendor passed. 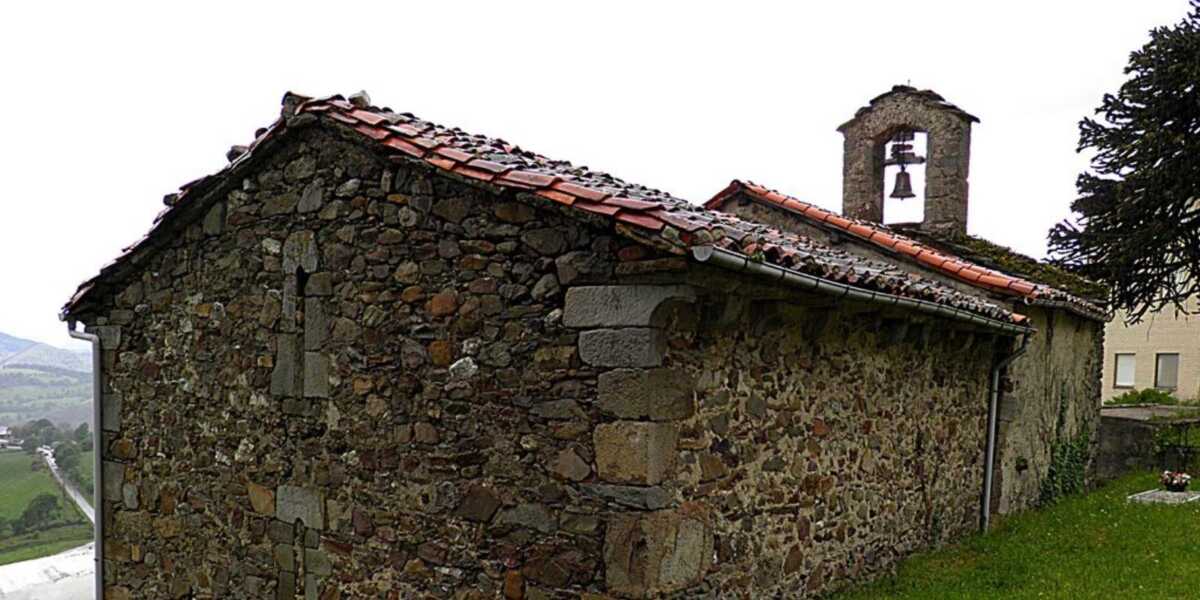 There was a fortress of medieval origin in this place, with a wall that extended from the church of the cemetery to the current square of El Fontán. It was destroyed to facilitate the enlargement of the town and in 1912 the last tower was demolished.

It was in this square, where on June 27, 1899, the last public execution by garrotte vile in Spanish history took place. The defendant, Rafael González Gancedo, a resident of La Azorera, was condemned for the death of his wife and son. This case inspired for years numerous fairground couplets sung by blind people and itinerant troubadours.

Built in 1525, it is one of the best examples of 16th century palatial civil architecture in Asturias. After the restoration of the building, preserving its original appearance, it currently houses a hotel and the Valentín Alba Museum of Antiquities. So called because that is where the friars used to walk to the field of San Roque, it is part of the route of the Way of St. James on its way into the town of Tineo. It stands out for its wonderful views and its ancient trees.

On it is the pilgrim’s sundial with an inscription that reads: “VIATOR HORAM ASPICE ET ABI VIAM TUAM” (Wayfarer look at the time and follow your path). Chapel of San Roque and Fountain of the Muses

In the middle of the Jacobean route. It was built in the fourteenth century when French pilgrims made popular the image of the saint accompanied by a dog, legend has it that it was the saint who built it.

Next to it, there is the fountain of the Muses, with good quality water that is fresh all year round, as it comes from the winter snows of the mountains. 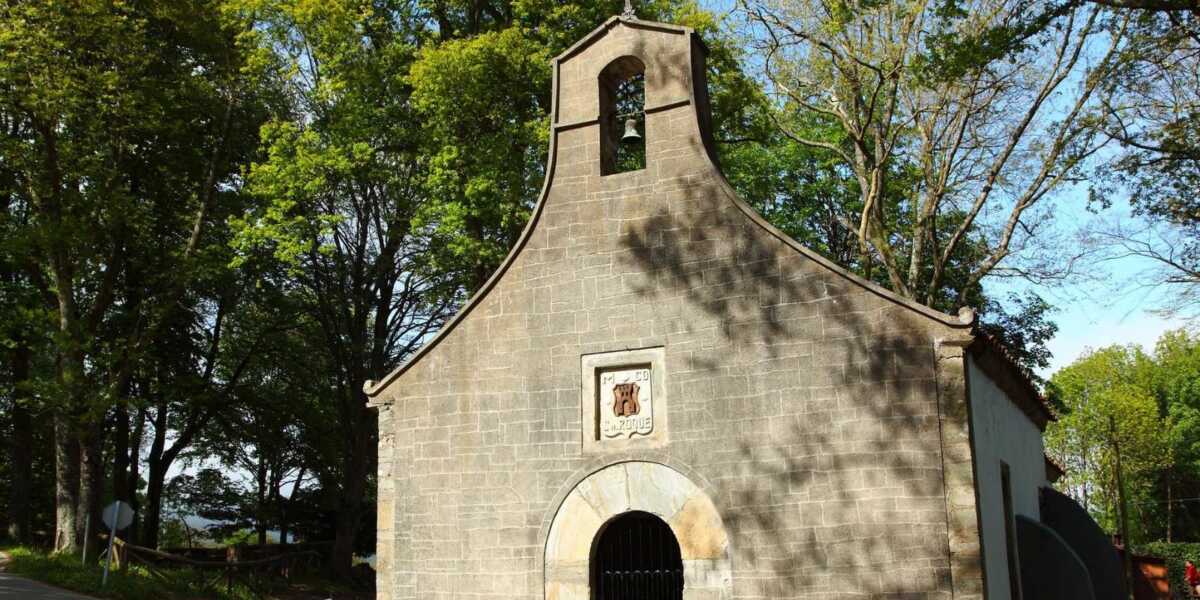 The Celtic Bowling of Tineo has always been the autochthonous sport of this area. Its practice and hobby have always been linked to the daily life of the inhabitants of Tineo. The bowling alleys were located, in their majority, near the churches, taking advantage of the exit of mass to play a game among friends. In this modality, it stands out above all for its large number of pins, a record not only in the modalities and games of Spain, but also in Europe. 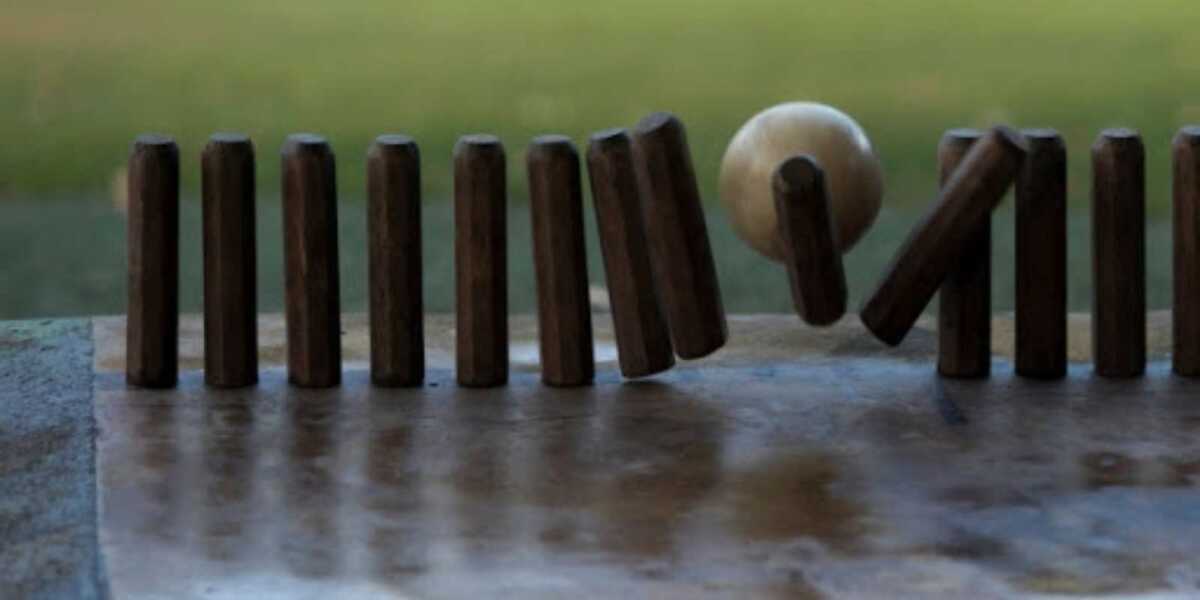 To get to know the gastronomy of Tineo, you simply have to try it. The town has a great tradition of sausages and cured meats of great quality. Also exquisite are the dishes derived from pork and the traditional Asturian desserts and pots to which here they give their personal touch.