The most complete guide to the Camino de Santiago

If you have reached this post is because you are planning to do the Camino de Santiago, but you have no idea where to start. The world of the Camino de Santiago is an intricate and complex adventure that invites us to ask ourselves questions such as: how do we prepare for the adventure? Which route to choose, how do we prepare for the adventure, what will be our necessary equipment for each route, or what sites we may get to see on this journey. For this reason, and because we want to answer all possible questions about this adventure, we bring you a complete guide to the Camino de Santiago, so that you can solve your doubts.

Behind the Camino de Santiago on foot hides a legend that has overwhelmed Christianity since its first dawns in history. According to the story, the Apostle James the Greater, son of Zebedee, travelled to the lands of Roman Hispania, in order to preach the Gospel throughout the peninsula, to finish his evangelization in the nowadays holy lands of Galicia. In spite of his efforts, he had little success and his disciples were not too numerous, so he decided to return to Jerusalem, only to be imprisoned, tortured and executed in Palestine.

In addition to being executed, it was forbidden to give the Apostle a Christian burial.So his disciples, in the secrecy of the night, loaded the marble tomb of St. James into a boat, and sent it, unmanned, to the sea, where it would be transferred to the Roman port of the river Ulla, to be taken by cart to the forest of Libredon, where the oxen stopped by themselves, and there he was buried. 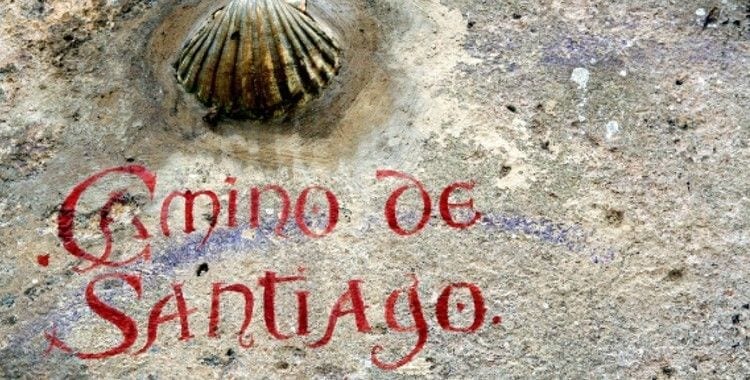 There it was submerged in oblivion, until in the year 813, Pelayo, the hermit, saw a star in the forest and reported it to the bishop of Iria Flavia, where later the tomb of Santiago would be found in a Roman Compósitum. In response to this, the the first pilgrim in history, who was none other than the King Alfonso II the Chaste, who, faced with such overwhelming news, wanted to leave in the direction of the holy tomb of the Apostle with his court, where a small church was erected, in order to give the history the origins of the first Camino de Santiago.