The final stretch. The Last 200 Kilometers of each Camino

As is the case with the last 100 kilometers of the Camino de Santiago the last 200 kilometres is a very common option among the pilgrim community. Virtually all roads, except the English Way of Santiago and the The Way of St. James to Finisterre and Muxía allow you to cover this distance, a very interesting option even for those who are making the pilgrimage for the first time.

If you have about ten days to spare and you are a regular walker, walking the last 200 kilometres of a route to Santiago should not be a great physical effort. You can also consider doing it by bicycle This option would take you about four days, and it is also the minimum distance to get the Compostela if you make the pilgrimage on two wheels. Read on and you will discover the different routes to Santiago de Compostela and its last 200 kilometres.

The Way of Santiago of the North which starts in Irun, crosses in its last 200 kilometers part of the West of Asturias and the provinces of Lugo and A Coruña, leaving Tol. The main towns are Tol, Ribadeo, Mondoñedo, Abadín, Villalba, Baamonde, Miraz, Sobrado dos Monxes, Arzúa and Pedrouzo. A little-travelled but moderately growing route, and in 2019 19,019 pilgrims walked it, although in Arzúa it converges with the French Way, with much more traffic. In this case you will be able to enjoy the beautiful landscapes of Asturias and you will access Galicia by crossing the first of the Rías Altas, the Ría de Ribadeo. 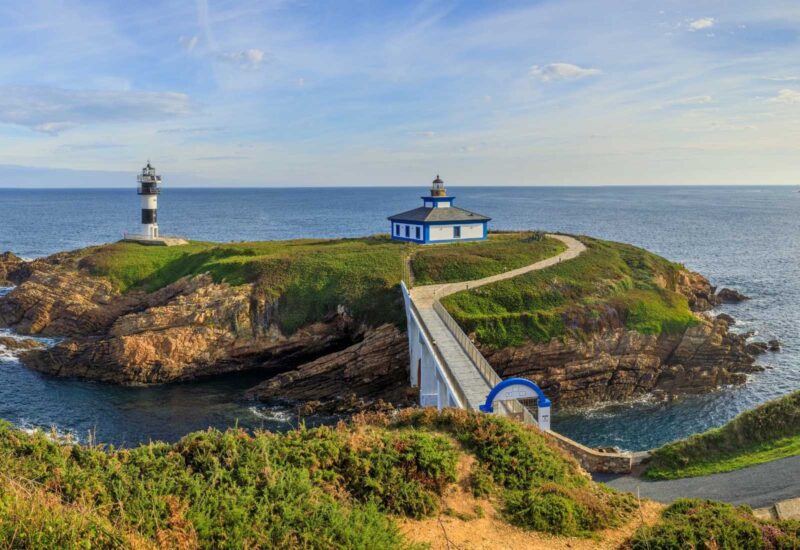 The French Way from Ponferrada (204 km)

The great route among all the routes to Santiago, the French Way of Santiago With its 189,937 pilgrims in 2019, every year it surpasses its own records, without counting 2020 and the COVID-19 pandemic. Beginning in Castilla y León and crossing the provinces of Lugo and A Coruña, the last 200 kilometers start in Ponferrada and pass through Cacabelos, Villafranca del Bierzo, O Cebreiro, Triacastela, Sarria, Portomarín, Palas de Rei, Melide, Arzúa and O Pedrouzo, picking up pilgrims on the Camino del Norte and the Camino Primitivo. It is historically the most walked route, as it has diverse origins, both from Spain and Europe. To get started on the pilgrimage to Santiago, it is a comfortable and simple option, well equipped with services, which will also allow you to meet a lot of new people.

The Primitive Way from Berducedo (200 km)

The Primitive Way of Santiago was the first road to be travelled to the recently discovered Tomb of St. James, its first pilgrim being the Asturian King Alfonso IX, who travelled from Oviedo to Santiago to witness the discovery of the remains of the Apostle. Little crowded but slowly growing, in 2019 15,715 pilgrims were registered, and like the Northern Way, it joins the French Way in Melide. The last 200 kilometres start in Berducedo and run through the west of Asturias and the provinces of Lugo and A Coruña. You will pass through Grandas de Salime, A Fonsagrada, O Cádavo, Lugo, Ponte Ferreira, Melide, Arzúa and O Pedrouzo. 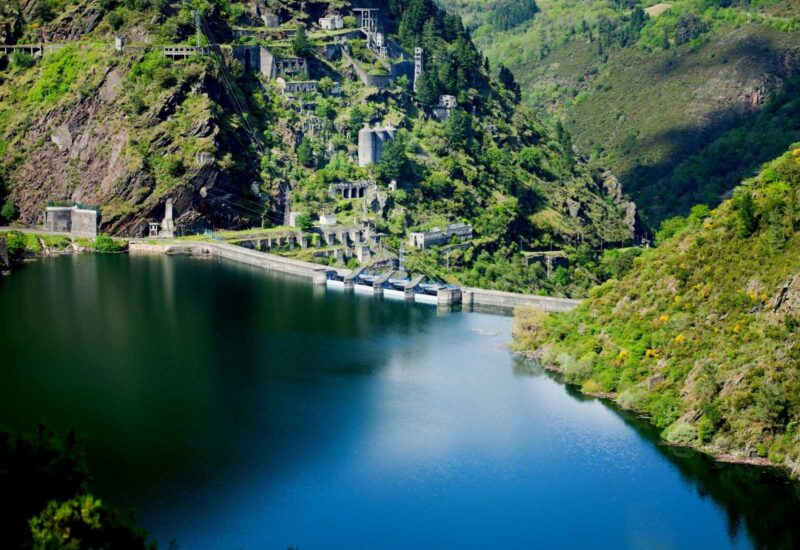 The Winter Way from Carucedo (200 kilometres)

The Winter Way of St. James starts in Carucedo and crosses part of Castilla y León, as well as the four Galician provinces, passing through O Barco de Valdeorras, A Rúa de Valdeorras, Quiroga, Monforte de Lemos, Chantada, Rodeiro, Lalín (linking with the Vía de la Plata) and Ponte Ulla. This is a little-traveled route, with just 1,035 pilgrims in 2019. It is an alternative to the French Way to avoid the snowfalls in the Ancares, which in winter are very abundant: hence the name. A friendlier way in its entrance to Galicia, where you can also taste the wines of Valdeorras and the Galician stews of Lalín.

The Silver Route or Sanabrés Way from Lubián (213 kilometres)

These last 200 kilometers start in Lubián, which is known as Sanabrés Way of Santiago. A not very crowded route, and in 2019 it reached 9,201 pilgrims. It passes through A Vilavella, A Gudiña, Laza, Xunqueira de Ambía, Ourense, Cea, Lalín, Bandeira and Santa Cruz de Rivadulla. It crosses Castilla y León through Zamora, and then the provinces of Ourense, Pontevedra, and A Coruña. 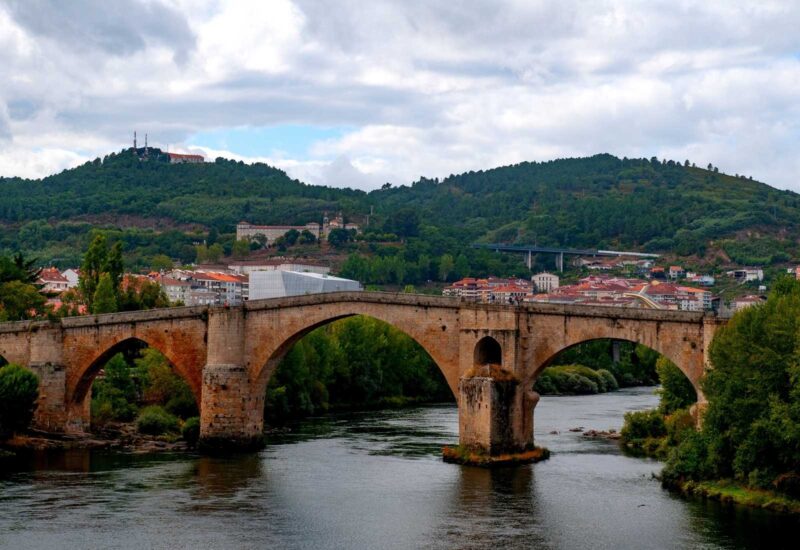 The Portuguese Way from Vilarinho (208 kilometres)

With 72,357 pilgrims in 2019, the Portuguese Way of Santiago is the second most traditionally travelled route. Its name is due to its origin from the neighbouring country, and in its last 200 kilometres it crosses the north of Portugal and the provinces of Pontevedra and A Coruña, starting in the Portuguese town of Vilarinho. It passes through the towns of Ponte de Lima, Barcelos, Rubiães, Tui, O Porriño, Redondela, Arcade, Pontevedra, Caldas de Reis and Padrón. At some points you will be at the beginning of some Galician estuaries, and in addition to the Compostela, you can get the Pedronia, a similar certificate that is issued in Padrón. It is very interesting, as a large part of its route follows the old Roman road XIX, which linked Bracara Augusta (Braga, Portugal) with Lucus Augusta (Lugo).

The Portuguese Coastal Route from Castelo do Neiva (201 kilometres)

The Portuguese Way of Santiago along the coast is a variant of the previous Portuguese Way, enjoying the Atlantic coast. In 2019 it was walked by 22,292 pilgrims, making it one of the top five routes in number of walkers. It crosses the north of Portugal and the provinces of Pontevedra and A Coruña, starting its last 200 kilometres in the Portuguese town of Castelo do Neiva, and passes through Viana do Castelo, Caminha, A Guarda, Baiona, Vigo and, once in Redondela, it follows the route of the Portuguese Way from Tui. 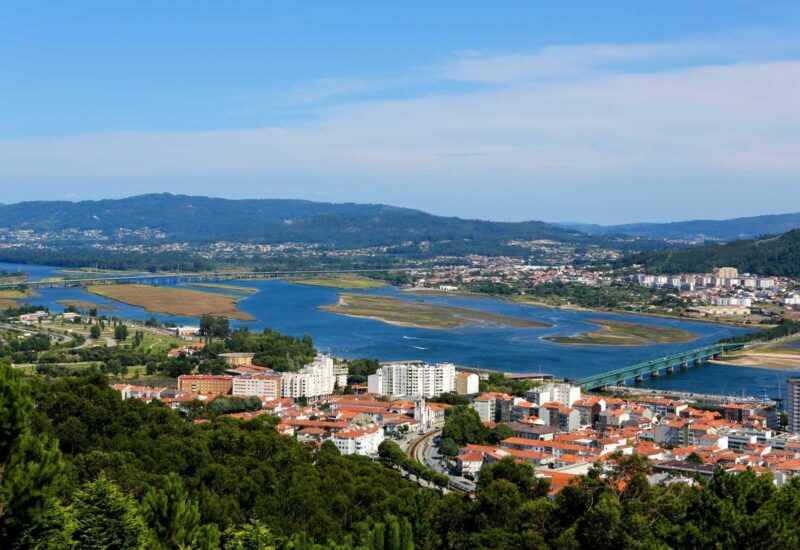 Do you want us to help you choose?

The last 200 kilometres will take you through different landscapes and regions, with their people and gastronomy: Galicia is one of them, as your destination, Santiago de Compostela, is its capital. Depending on which route you choose, you can enjoy different regions of Spain and even another country, our neighbouring Portugal.

We’ll be happy to help you choose which route to take: the last 200 kilometers of any route of the Camino de Santiago will give you a unique experience.